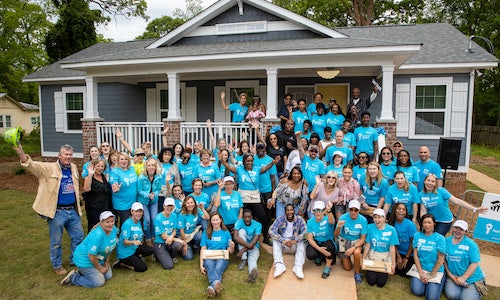 Harnessing Influencers for Habitat for Humanity's "Home is the Key" Campaign

Nearly 19 million U.S. households spend more than half their paychecks on housing costs, creating a burden that often requires families to make difficult choices between their housing and health care, education or transportation. Habitat for Humanity International (Habitat) is one of the best-known organizations fighting this issue. While Habitat has high brand recognition and a positive reputation, many people think volunteering their time on a build site is the only way to give to the organization; few realize Habitat relies on monetary donations to fund their critical work. Habitat’s annual Home is the Key (HITK) campaign demonstrates how a safe and decent home creates a better life for families and individuals, and encourages others to join the effort to end inadequate housing. In its third year working on the campaign, Porter Novelli worked with social influencers to drive participation and encourage individuals to donate to, share and amplify the campaign online, while also highlighting corporate partners whose products support Habitat.

The team executed against the following objectives:

The campaign centered around a month-long home construction in Atlanta alongside Krushetta, a mother of three (and longtime volunteer) working to achieve her dream of homeownership. Habitat partnered with Drew and Jonathan Scott (of HGTV’s The Property Brothers) to build the home and promote HITK, along with corporate partners Nissan, Chico’s FAS, O-Cedar, Nest and At Home Stores, and media partners HGTV, iHeart Media and Delta Sky Magazine. The overarching communications strategy was to demonstrate how supporting HITK will fuel self-reliance for aspiring homeowners and, in turn, strengthen communities. To unify the influencer engagement approach, the team set out to build on a key component of the broader 2018 campaign: a robust influencer engagement strategy to reach online/digital leaders in various lifestyle spaces with specific emphasis on overlaps within corporate partner industries, tapping into their fanbases to drive support for Habita. The team reached the identified audience set of current and potential donors by implementing two strategies:

Porter Novelli audited hundreds of influencer profiles to identify 75-100 across the DIY/home décor/lifestyle, sustainability, fashion, women empowerment, tech and auto spaces, with an emphasis on Atlanta-based influencers for potential on-the-ground event partners. Influencers were vetted based on content, reach, audience engagement and affinity to Habitat, and matched with a specific corporate partner. The team sent customized pitches offering the opportunity to partner with Habitat for the campaign in return for branded swag gifts and appropriate compensation. Confirmed influencer partners received mailers that featured Habitat-branded and partner products (including shop-to-give products), as well as campaign literature. They were challenged to capture aspects of their homes and lives that were “key” to their success, happiness and family, using the campaign hashtag #HomeIsTheKey and incorporating shop-to-give items and partner giveback promotions in their posts. To facilitate content development and ensure a cohesive, on-brand content mix, the team provided a robust toolkit, including Habitat and campaign messaging, personalized per corporate partner, as well as incorporated a round of content review prior to publishing. In total, 49 influencers authored posts, blogs and videos across platforms highlighting what home means to them, promoting the campaign and ways to support Habitat and encouraging usage of #HomeIsTheKey to generate $5 donations per share from Nissan.

Porter Novelli staffed a series of six build days throughout the campaign, sponsored by specific corporate partners, coordinating on-the-ground influencer "reporters" who shared live content on social such as Facebook and Instagram live home walk-throughs and stakeholder features. Build highlights included the kick-off build covered by CBS This Morning, featuring interviews with the Scott Brothers and homeowner Krushetta and family; the Nissan build day attended by VIP Herschel Walker; and the final key dedication ceremony attended by all corporate partners – all of which were captured by on-the-ground influencers.

By leveraging careful research that informed the channels by which Habitat could reach its target audiences, a strategic influencer engagement campaign and a tailored radio media tour (RMT) helped reach more potential donors and campaign participants to drive donations to the organization and, ultimately, further its mission. In rounds of interviews which fueled the campaign's RMT, corporate partners gave voice to their commitment to working with Habitat to make decent, safe housing accessible to all. Habitat and partner spokespeople reached an audience of 68 million in more than 2,000 airings on national radio programs and stations in key markets including sports, health and political talk radio.

The campaign achieved the following results: 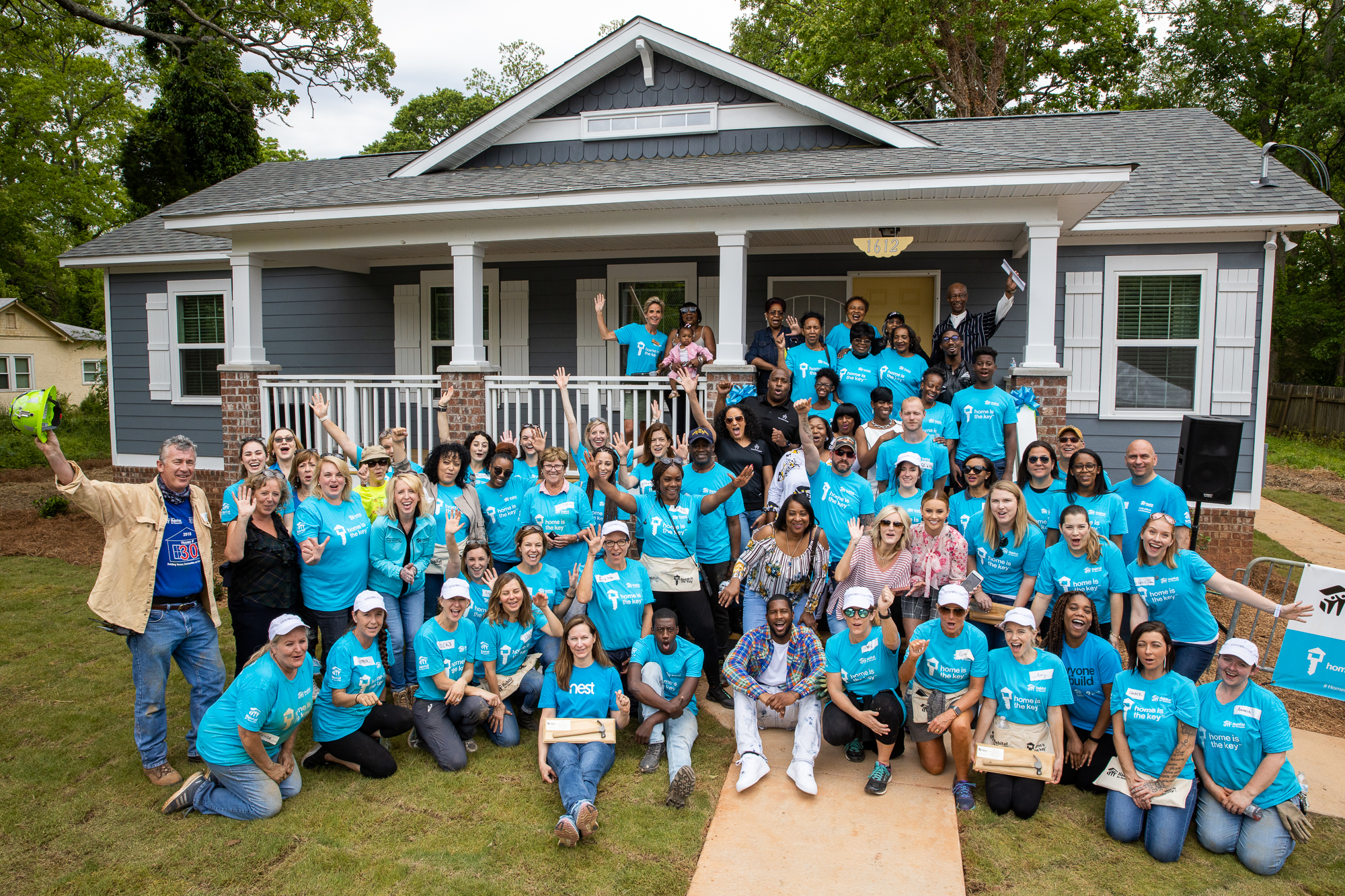