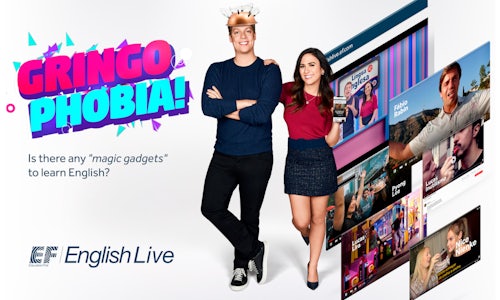 EF Englishlive is one of the largest online English school in the world. Brazil is a country ranked 53rd as to English fluency in the world ranking and only 1% out of Brazilians have fluency in English. Out of those 1%, almost all feel insecure to speak English to foreigners. The goal of the campaign was to show the public there is no "miracle" as to learning the English language in that, in order to truly learn it, it is necessary to really study in a real online school with native teachers and specialists. That demands time and dedication, without magic formulas and shortcuts to accelerate the learning process and avoid the "gringophobia" fear of speak effect. The main focus was to reinforce Englishlive as a reference in e-learning in Brazil, generate brand engagement and convert sales as a consequence of such an engagement.

As the primary target audience were those connected to the online universe, heavy-user on mobile, ages 25-40, we've explored the universe of unusual gadgets for learning foreign languages, coupled with the credibility of two renowned celebrities and the most influential influencers in Brazil.

It was the second year of an integrated campaign using digital influencers. After analysed the data of the previous campaign, we identified three strategic ways do increase the key performance indicators: more craziness on the content, more segments of influencers and more mobile- first pieces of creatives to promote the content.

The social media action preceded the launch of the campaign on TV (the commercial was a look-like 80's tv ad with direct sales of the gadgets), and had the goal of generate a significant amount of leads for the direct sales team.

We've identified five kinds of creators with high affinity to the target, to create an unique and hilarious content by unmasking the miraculous gadgets, talking about the importance of language in their personal challenges and reinforcing the importance of the investment in learning the global language in a renowned school. The action kicked off on social networks with an “Inutilismo” video on Youtube about his travel to Amsterdam after “Nienke’s” mysterious invitation. The construction of the storytelling presented the brand subtly, exploring the gadgets in real packages, easter eggs in strategic places and the concept of the Dutch Innovation center that would launch this products in the Brazilian market. Rabin, stand-up comedy artist that suffers from “gringophobia” used the “EnglishTongue” in the WalkofFame in LosAngeles, and tried do invade Tarantino’s MovieSet with the miraculous gadget. PyongLee, influencer specialized in hypnosis tried to succeed with the “BrainDownload” in LasVegasBoulevard. LucasLira, influencer that doesn’t speech a single word in english travelled to Orlando to try the “InstantHole”. To conclude the storytelling, Nienke produced a video “reacting” about the other influencers vídeos.

Social BrandChannels were explored with posts that heated the influencers action. The influencers also used their profiles to boost the organic impact of the content. All the posts and videos were published with parameterized links to promotional landingPages, where the leads were captured to Englishlive's sales force.

The published videos explored the influencers experience with the gadgets around the world in a funny “prank style” content, focusing in the reactions of the public trying to interact with a non-english native speaker. The content proved the importance of a language fluency for all kind of situations, from the simple ones (such as ordering fast food in a drive- tru) to difficult ones (such as trying to participate in a Hollywood movie action test).

Englishlive noticed a large movement of its users for mobile devices and, because of that, it started to focus on the development of its main innovations through mobile; thereby users were always directed to the best experiences with the service provided by the client. Based on this premise, all campaigns contain call-to-actions focused on each of the stages of the campaign, either in acquisition with the "special discount" or in retention with the "change your life with english live", thereby all consumers or potential consumers had the main action to take clearly.

Direct marketing concepts + social media + branded content + promotion were important touch points to achieve the results. We truly believe in a cross performance media to potencialize impact, engagement and sales in a faster and direct way.

To promote the action, we explored on Facebook and Twitter diverse memes and unusual posts called MVO (looping micro-videos), focusing always on mobile. All media delivery was measured and controlled through analysis of cost for subscription, event cohort of revenues and LTV.

All this work resulted in a huge amount of leads to Englishlive's sales force, converting to a high record sales and revenue record. Today, Englishlive Brazil has become the greatest and most profitable operation of the EF Group around the world. 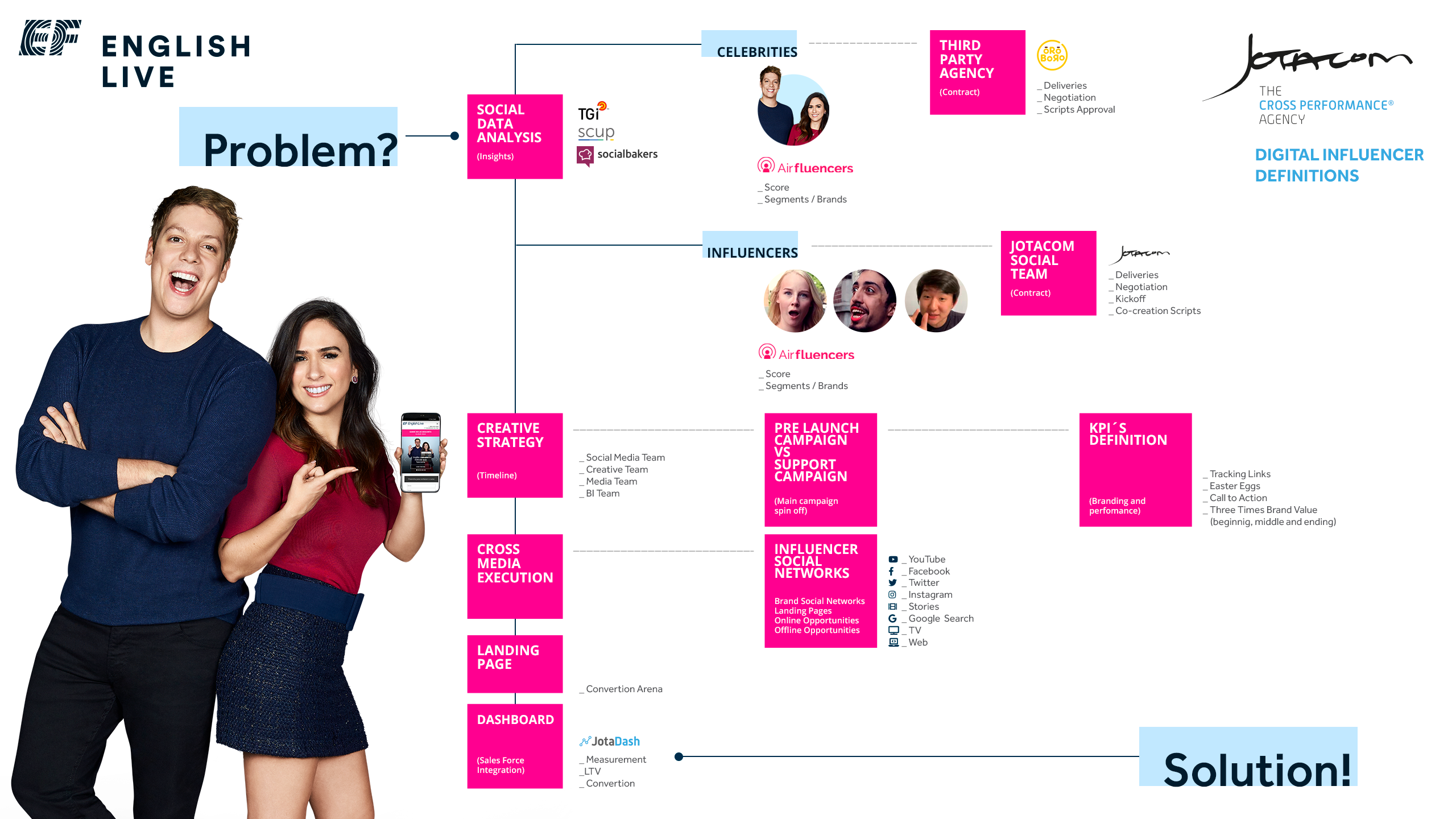 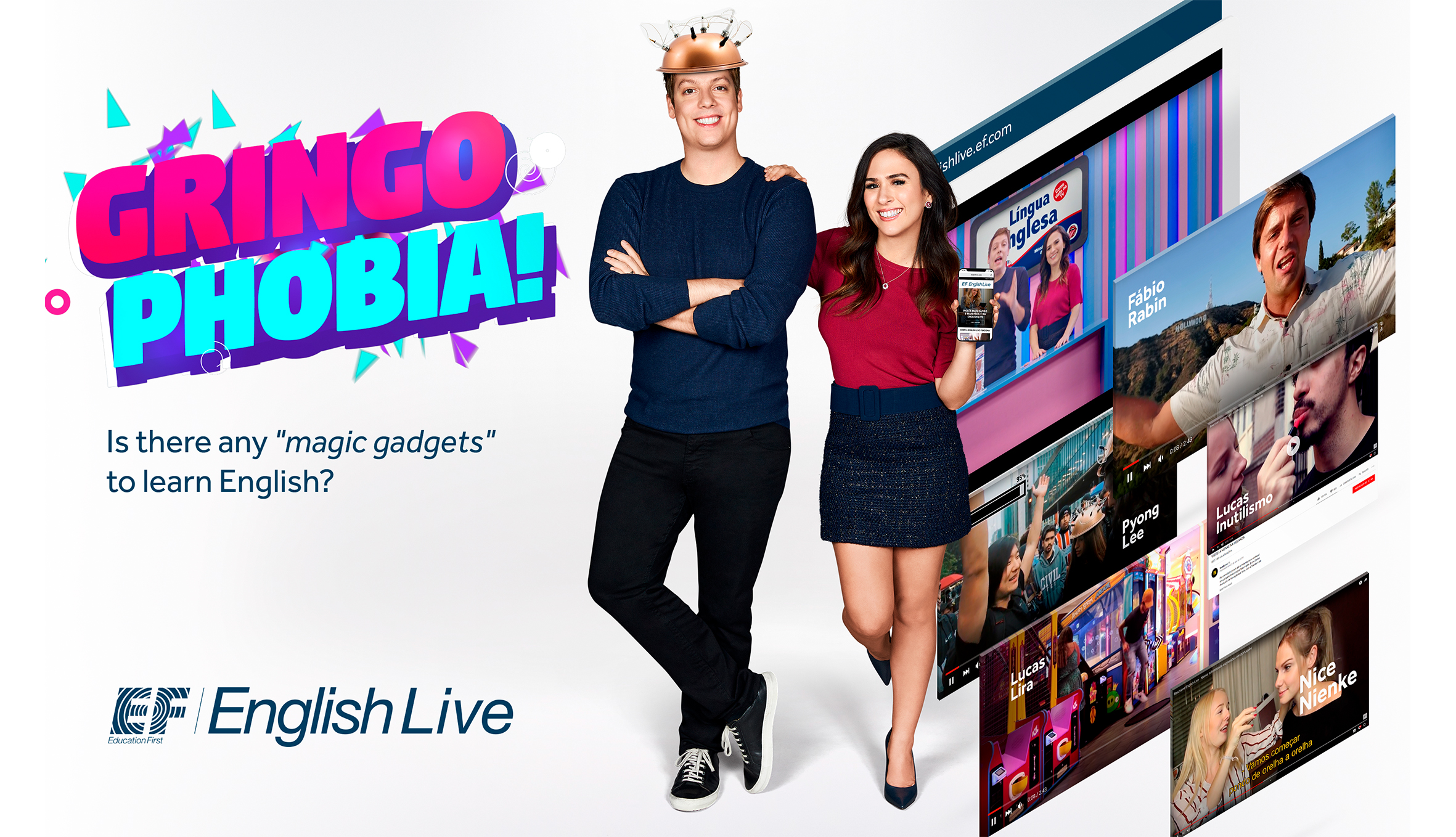 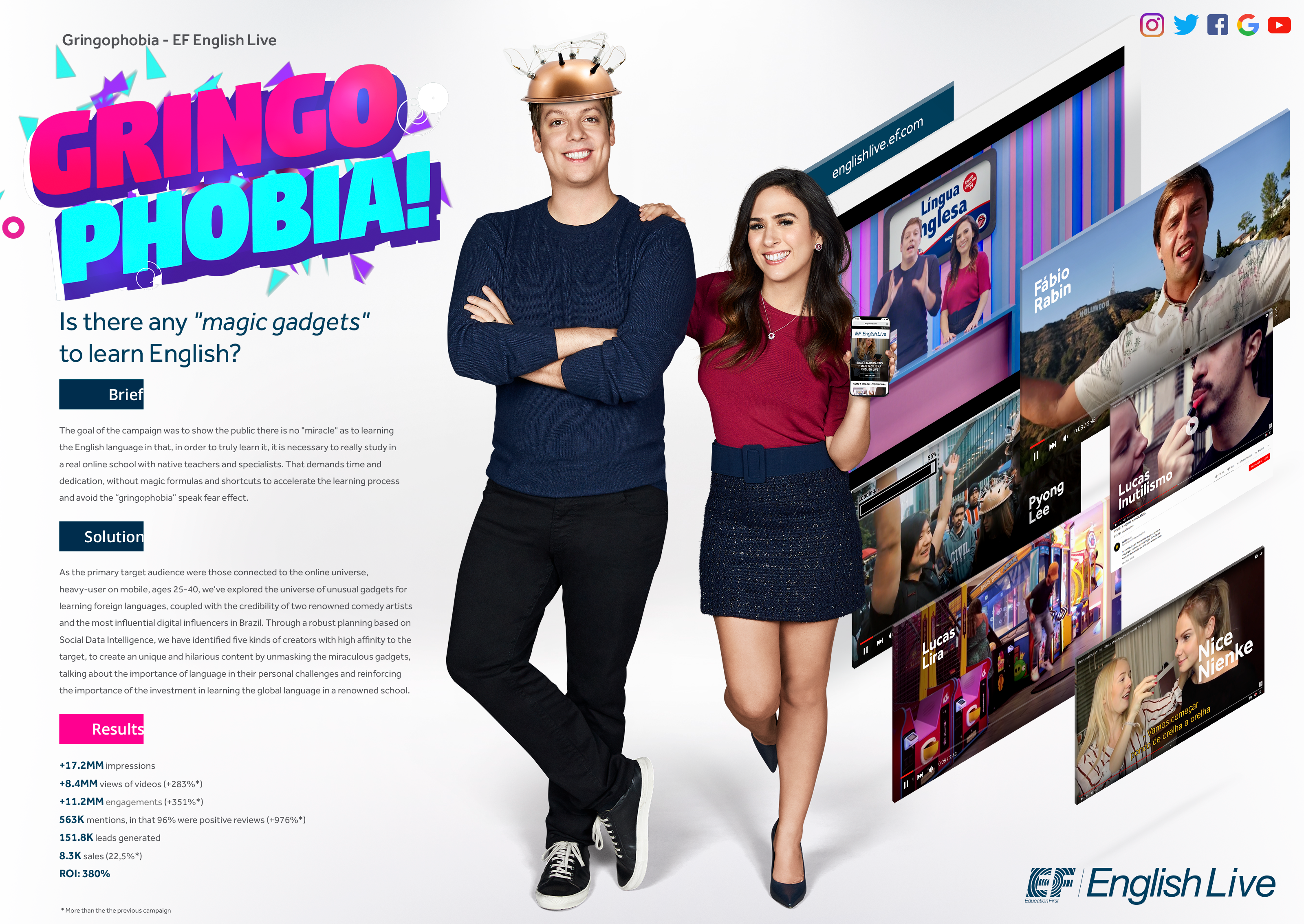