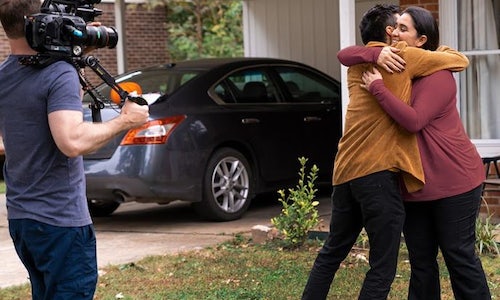 GoDaddy Made in America

Over half of the businesses in the United States are small businesses with five employees or less, and the number of entrepreneurs continues to grow. Of these small businesses, many run a lean operation and do not necessarily have the support to accelerate their careers.

In order to address this growing issue, GoDaddy, the company empowering everyday entrepreneurs by providing all of the help and services to succeed online, has implemented a social impact program called Empower by GoDaddy. Together, with diverse local nonprofit partners, the initiative aims to equip entrepreneurs in underserved communities with training, online tools and peer networks needed to grow a business. GoDaddy is the world’s largest web services platform and we want to use our resources and platform to fuel a new generation of entrepreneurial endeavors.

As an added layer to Empower, GoDaddy in partnership with Communities Unlimited, a not-for-profit organization that assists entrepreneurs in seven U.S. states across the American south produced the video miniseries “Made in America, A GoDaddy Series.” This is a creative campaign that was born with the goal of raising awareness of life as an entrepreneur and to shine a light on how inclusive entrepreneurship can be an effective economic development strategy. We first tackled the issue with our Empower initiative, and are now sharing the stories of those who are progressing through the program, making their own way in the world and getting the support they deserve through Made in America.

GoDaddy believes that each entrepreneur is unique and face different challenges in America. When it came to content creation, we wanted to build a campaign that shows real people who have progressed through the Empower program and how GoDaddy is doing its part to give opportunities to all and allowing anybody, regardless of background, the right to pave their road to success.

In order to do this, the team created an episodic doc series that had an element of education, storytelling and authenticity. We chose to film the series in true documentary style, unscripted with no predetermined conclusion, in order to depict the raw and unpredictable journey of today’s entrepreneur. We partnered with non-profit, Communities Unlimited and the series follows GoDaddy’s Entrepreneur in Residence, Scott Shigeoka, as he crosses the U.S. to meet entrepreneurs from underserved communities who are beating the odds that are stacked against them. Scott as the host is a positive force who is passionate about helping others. He is an American entrepreneur, experiential designer, writer, Fullbright Scholar and MTV Fellow. His work concentrates on bridging social divides through communication, design and shared experiences.

The first four episodes take place in Memphis, TN and tells the story of two entrepreneurs, Sequioa Ferguson who is pivoting her brick-and-mortar store to a mobile pop-up shop, and Consuelo Rosales who is managing her growing cleaning business. Each episode is about 13 minutes long and is personal, positive and inspirational in tone. At the beginning of each episode, host Scott Shigeoka introduces the show with this question: “America has always been associated with making it. But is this opportunity accessible to all?” To strengthen the mission of the video series, additional commentary is also provided by Connie Evans AEO President and CEO; Joyce Klein Director of The Aspen Institute; Cynthia Terry Director of Entrepreneurship Communities Unlimited and Mario Armstrong Media Personality Business Expert.

During production, we tested different versions of the content on audiences to see what they preferred, what garnered a higher audience retention rate and what they had a higher propensity to engage with. From here, our goal for distribution was to drive most traffic to GoDaddy’s YouTube hub by putting paid media behind the teaser video, trailer and each episode targeted to like minded audience. The video series launched on November 22nd, 2019.

Other momentum building steps ahead of the Made in America launch:

While this campaign is ongoing, we've had great successes so far:

Made in America Video Campaign Resulted In:

Stats on the Brand Social Launch Supporting Made in America:

Video for GoDaddy Made in America 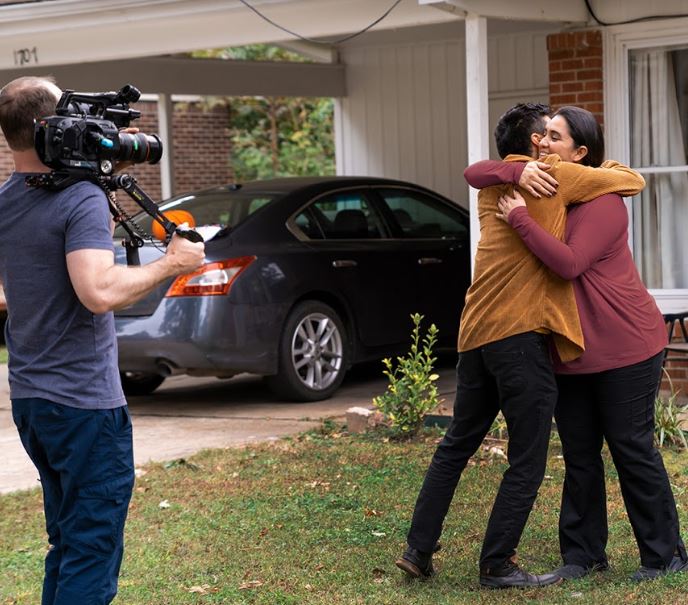