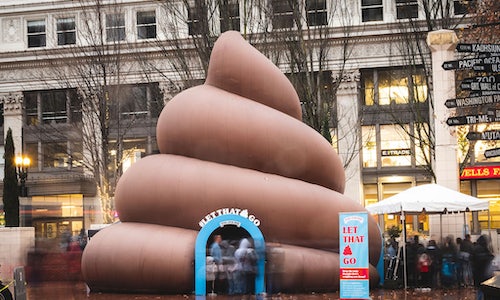 Over a decade ago, Suzy Batiz founded Poo~Pourri and has worked to destigmatize the shame in something we all do, poop. Today, we are proudly poop-positive brand that embodies doing epic shit and transforming lives through taking the stink and shame out of letting it go – literally. Now, we’re teaching the world how to let go of a different kind of crap—toxic thoughts. Self-sabotaging thoughts that, when held in, weigh us down, constipate our minds. By letting these types of toxic thoughts go, we can gain confidence, create space for good to come in and feel at peace to just…be. This #LetThatGo concept has always been a dream of Suzy’s – “We take worry about bathroom odor off of the table. With our product you can confidently let it go, now imagine if we could all let go of the other crap we hold in. The s*** that is toxic to our beings and takes up space and energy that could be used for better things. That is what Poo-Pourri is interested in.”

After two years of concepting, designing, and custom building, Poo~Pourri launched its national Giant Poo – a mind-blowing, transformative, 30-ft-tall inflatable that provides an immersive 360° experience to help goers flush their most toxic thoughts.

We got the world talking about poop, now, what else can we talk about?!

The Giant Poo came to be through several, likeminded people working in their genius. Batiz and the internal Poo-Pourri marketing team with partners like Pneuhaus, Flight School and Omnispace who worked together to build Poo-Pourri's first national branded, but-not-so-branded, experience. The Giant Poo project was also the first time Pneuhaus had ever done a fully custom, double-walled structure capable of withstanding natural elements and incorporating AC and heat.

Once the Giant Poo was ready to hit the road, we developed our first national 22-city tour that would continue through May 2020. Centered around the #letthat💩go hashtag and call to action, the Giant Poo was supported through an integrated marketing campaign to bring the experience to the masses. Each tour was supported through social platforms and regional PR including radio and tv coverage. Following each event, our social team would aggregate the most let go words and phrases by city. This data is then shared on Poo-Pourri's platforms to show the world that we all have shit that’s hard, and a lot of that shit is the same...

It was important for the Giant Poo experience to be available for everyone, even from the comfort of their own toilet. Thus, we created an interactive version of the immersive experience online at GiantPoo.com. Mimicking the IRL experience, after visitors flush their toxic thoughts through the digital platform, users can share that they’ve just lightened their load, using a pre-made graphic download of their choice, further encouraging social sharing. The Poo-Pourri marketing team also created sharable videos, gifs for each stop as well as Instagram filters & stickers with #LetThatGo.

Giant Poo #LetThat💩Go campaign has received an overwhelmingly positive response from consumers, press and attendees - leading to several inquiries to have the Giant Poo at events. Results thus far:

· Most stops had a two-hour wait!

The Giant Poo has been so popular, we built another one and we are in the midst of programming our College Tour! 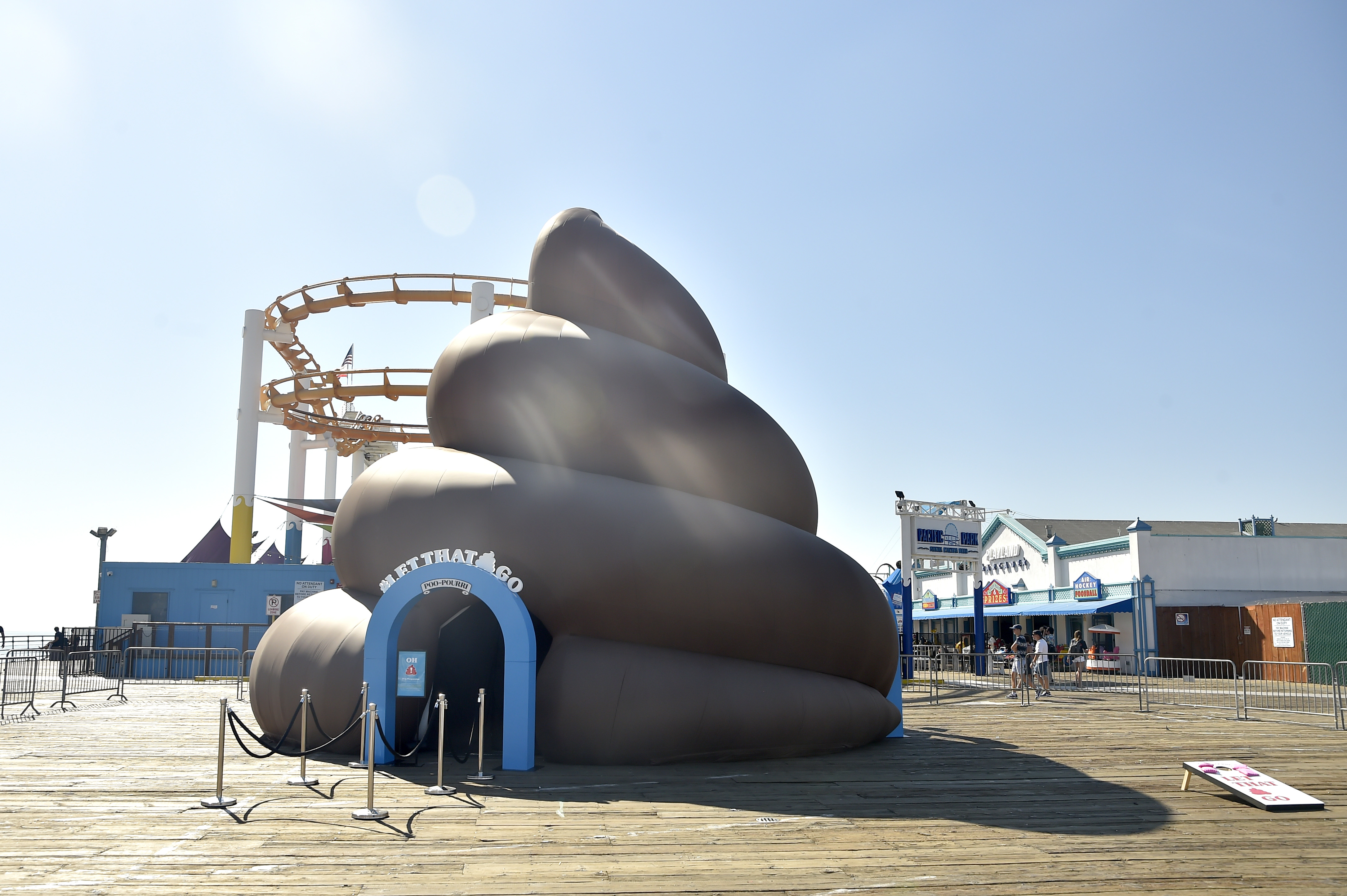 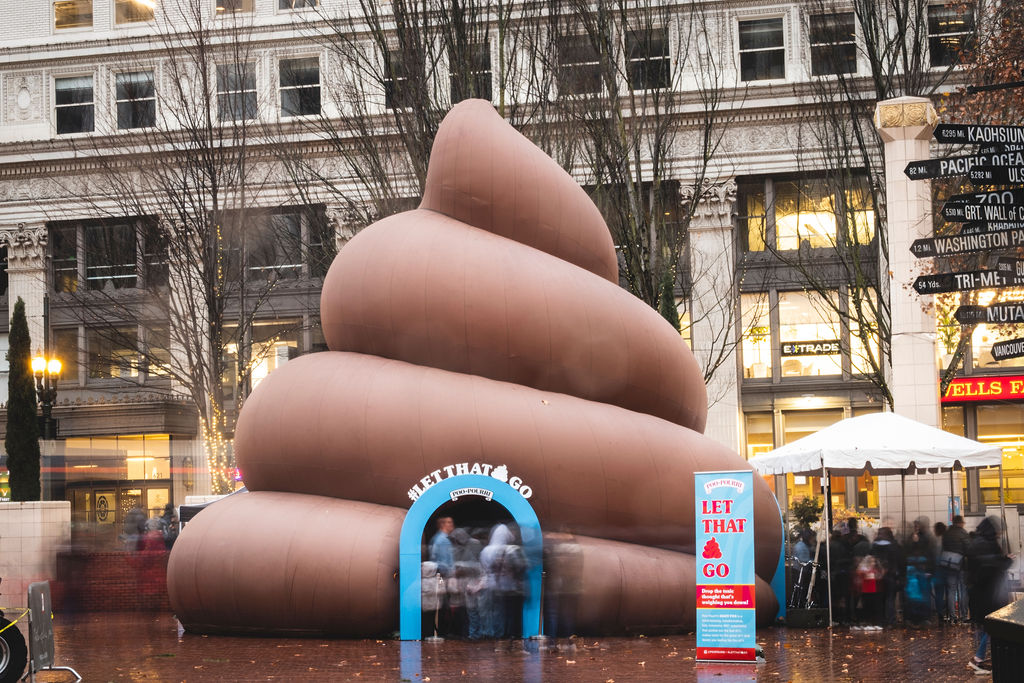 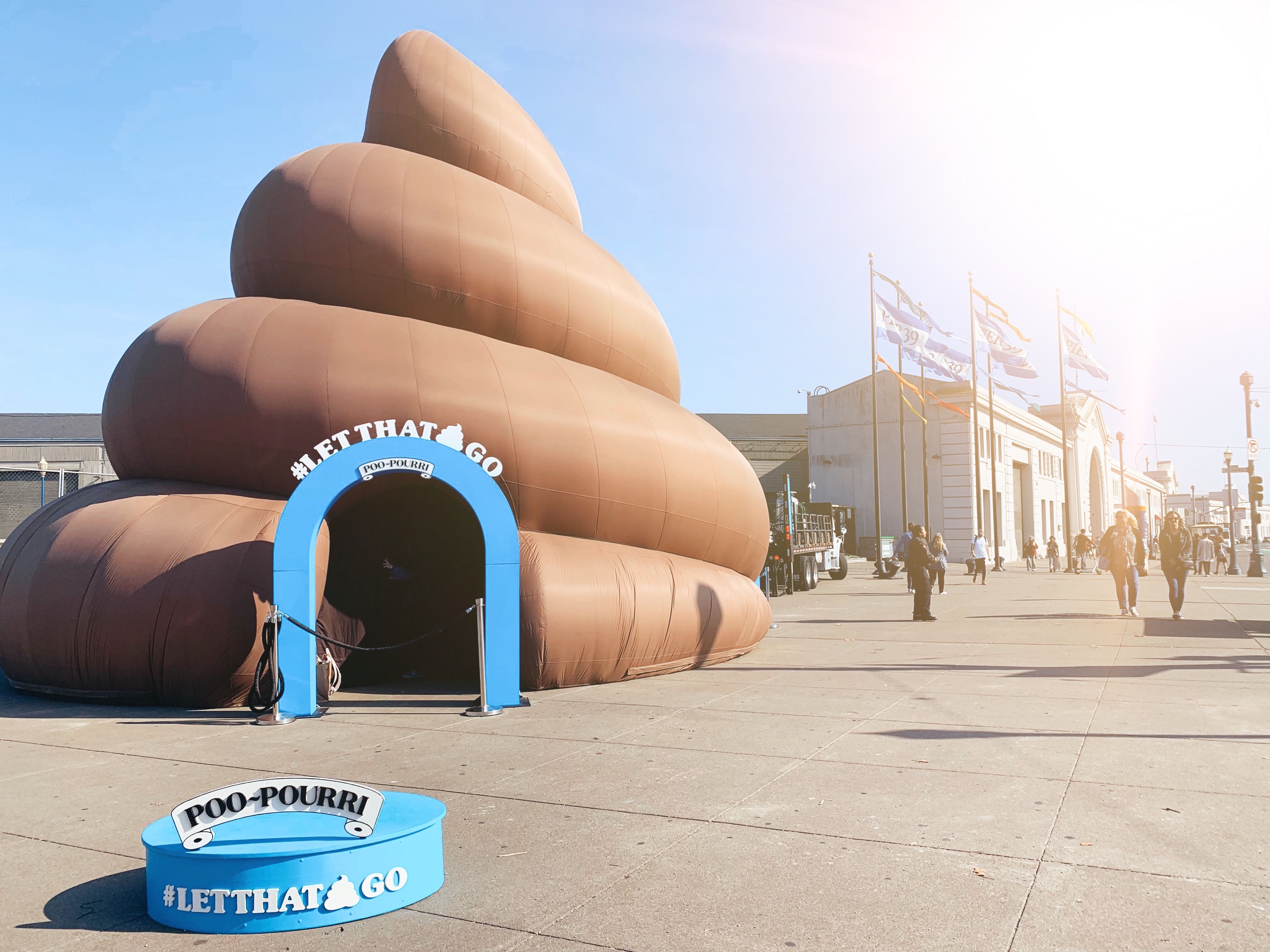