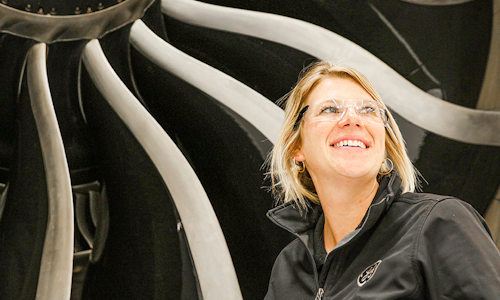 GE Brings the World To Work With Employee Profile

GE has a long legacy of progress & innovation, solving problems in energy, healthcare, & aviation: from the first lightbulb to America's first jet engine. But maintaining the legacy of a 125+-year-old company has its ups and downs and the last few years for GE have been specifically tough. It has faced hurdles in energy markets, criticism from Wall Street, and supplier issues that have negatively impacted not just the public’s perception of the company, but also the morale of its own employees.

As a major force in industrial technology, we set out to restore that identity of scientific advancement with a program of activations, each featuring and directed at the employees of GE’s core businesses (Aviation, Power, Renewable Energy, Healthcare, & Research).

Our objective was two-fold:

To do this, we realized we had to take a bottoms-up approach. Instead of activating at the corporate level with marketing speak, we knew we had to focus on those who make GE run every day, its employees, and make whatever creative we put out feel as personal and organic as possible, while still retaining the GE DNA.

This meant replacing a slick, produced corporate campaign with one that felt more organic to the company. And that meant having the real voice of GE, its employees, tell the story through their own words. As a result, “Employee Profile” was born.

For one week at a time, we worked with each major GE business from Power to Aviation to Research to have their employees tell the story of a key product for that business by taking over all major GE social channels. Each day, a different employee from the business would post on the GE channel as if it were their personal account, showcasing what they work on every day and the colleagues who help make it happen.

Moreover, each platform received a different set of creative that mirrored user habits and our target audiences on each channel:

The series has generated over 1.4 MM engagements, 50MM+ impressions, and 9.6MM+ views across all platforms. It has generated the highest percentage of positive sentiment on a campaign in over two years, at over 75% positive sentiment. The campaign has even exceeded all of our view, engagement, & click-through rate benchmarks across all platforms in 2019.

We reached over 77% of all GE employees on Facebook & Instagram and reached an astonishing 91% of all targetable GE employees in the United States on LinkedIn.

As we continued to grow our presence on LinkedIn in 2019, we were able to increase shares of content by 67.96% and CTR by 14.62%. Four posts from the program—and three outside of it—cracked LinkedIn’s weekly BIM Top 20 posts lists, across a B2B industrial category of thousands of companies, for having the highest CTR of the week with an average of 1.54% on GE posts. The high performance was even called out by LinkedIn:

“We aim to help brands understand the type of creative that resonates well with our members and gets them to engage: real people, a peek behind the company curtain, injecting personality or humor that is aligned with the brand. GE Corp has really taken into account their audience and what they care about when developing this innovative campaign.”  — Janice Stromberg, Account Executive, LinkedIn

But most importantly, GE employees left hundreds of comments and messages, across all major social platforms, email, and internal communications services.

Video for GE Brings the World To Work With Employee Profile 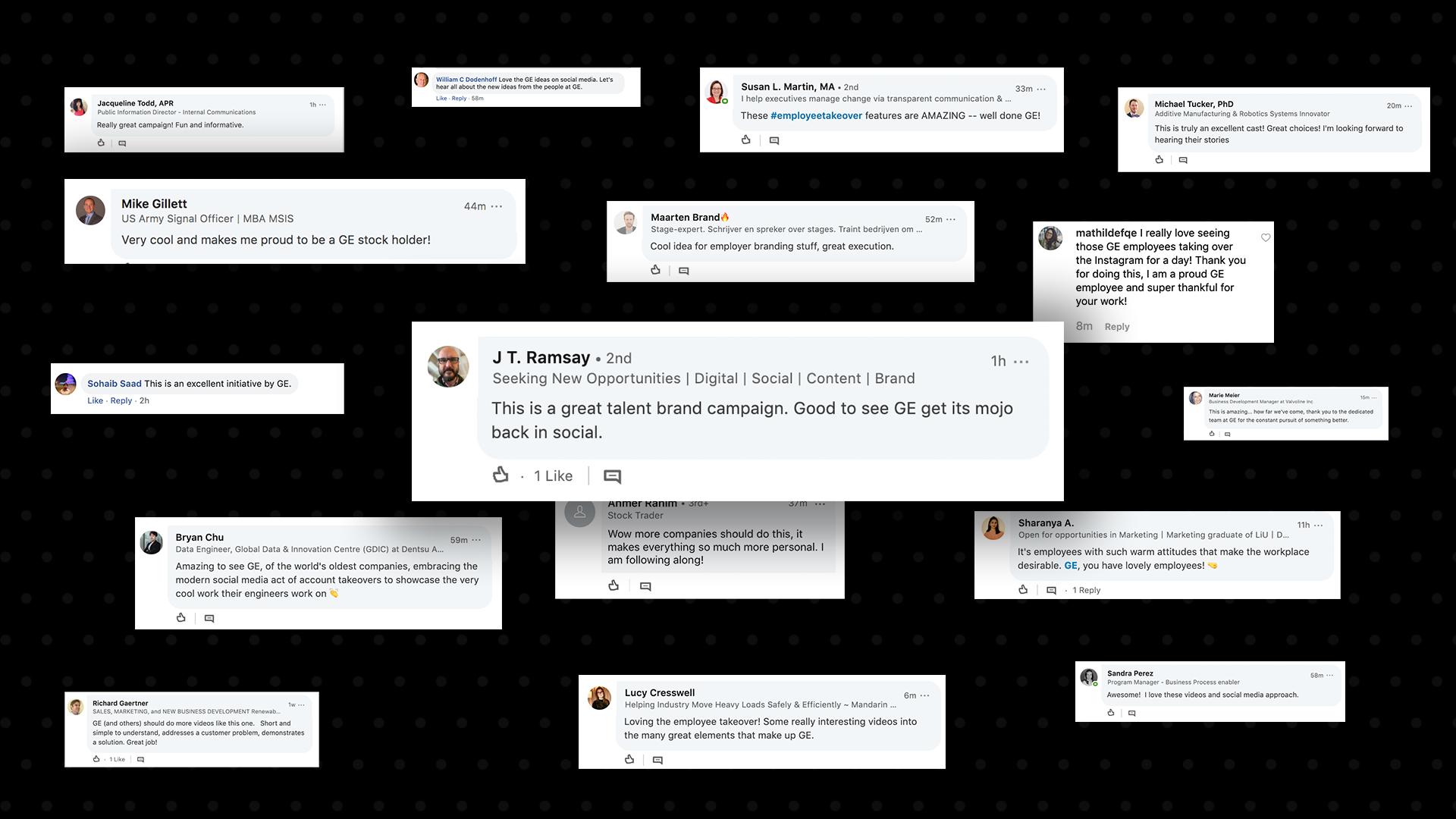 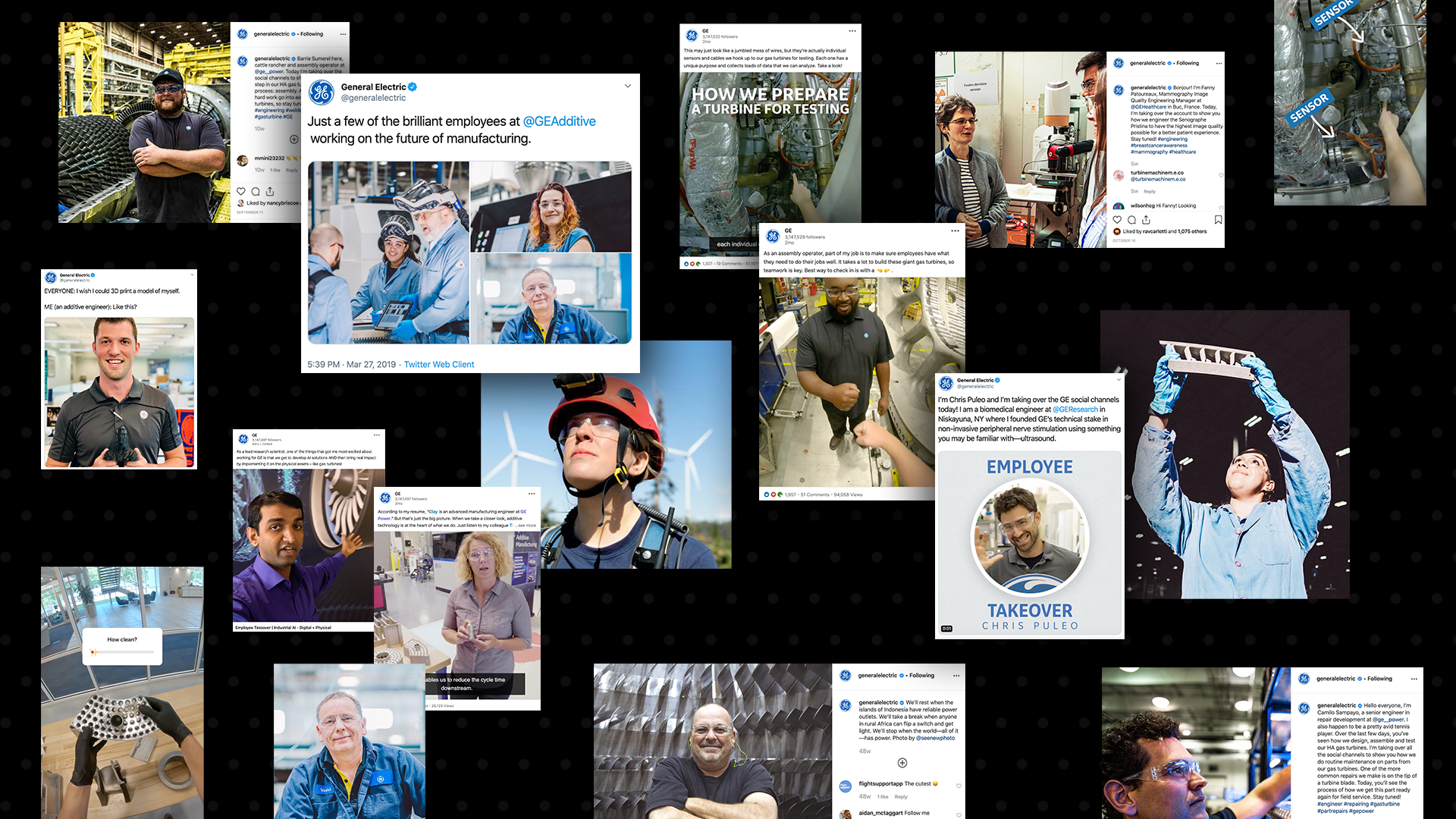 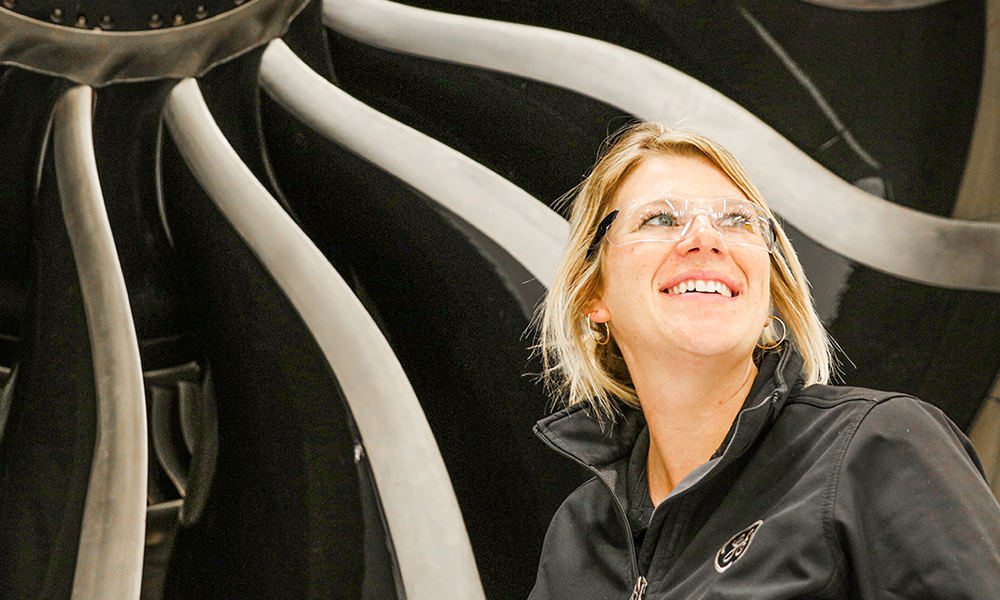