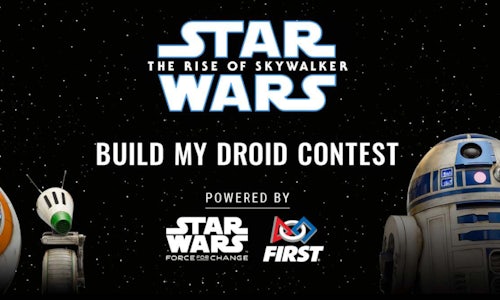 In 2019, through the Star Wars: Force for Change philanthropic initiative, Lucasfilm and parent company The Walt Disney Company teamed-up with FIRST to provide inspiration and opportunity to the next generation of heroes, innovators, and storytellers, and equip youth with the skills they’ll need to create the futures they imagine. The Walt Disney Company and Lucasfilm provided FIRST with more than $2 million in grant funding to boost accessibility to FIRST programs in underserved and underrepresented communities, help start new teams in the U.S. and in international markets, and bolster diversity within the STEM talent pipeline. With this support, FIRST will increase access to its program by 15% internationally, reaching 658,000 youth worldwide.

The collaboration has two goals: Increasing access and awareness of FIRST programs globally, particularly for underrepresented communities and youth, and leveraging Star Wars to excite and engage new audiences around the power of technological innovation and creativity to improve society.

To inspire the next generation of heroes and innovators in science, technology, engineering, math (STEM) and creative arts, FIRST and Star Wars: Force for Change launched the “Build My Droid Contest” to give fans and artists ages 16 and up the unique opportunity to design their very own Star Wars droid. The winning droid design will be physically brought to life by Lucasfilm and included in a future story set in the Star Wars galaxy.

Star Wars talent Mark Hamill, John Boyega, Daisy Ridley, Oscar Isaac, BB-8, and D-O kicked off the contest with a video encouraging fans to use their imagination and design a droid that they want to see in Star Wars.

The competition, which launched on October 22, 2019 in the lead up to the highly anticipated final chapter in the Skywalker saga – Star Wars: The Rise of Skywalker, was eligible in countries including, the United States, Canada (excluding Quebec), Great Britain (England, Scotland, and Wales only), France, Spain, Belgium, Japan, and Mexico.

The Build My Droid contest was well-received by fans and artists who were excited to have the opportunity to be a part of Star Wars storytelling. The contest had over 3,000 entry submissions and the social promotion of the contest, across the Star Wars and Star Wars Movies channels, garnered over 2.8M views as of December 12, 2019.

The grand prize winner was invited to the Star Wars: The Rise of Skywalker world premiere in December 2019 to witness the public debut of their artwork on the red carpet. The physical droid will soon be in production and revealed at a later date.

The two runners up each received 3D models of their droids, a signed poster from the cast of Star Wars: The Rise of Skywalker, and a personal letter of congratulations from Star Wars creature and special makeup effects supervisor Neal Scanlan. 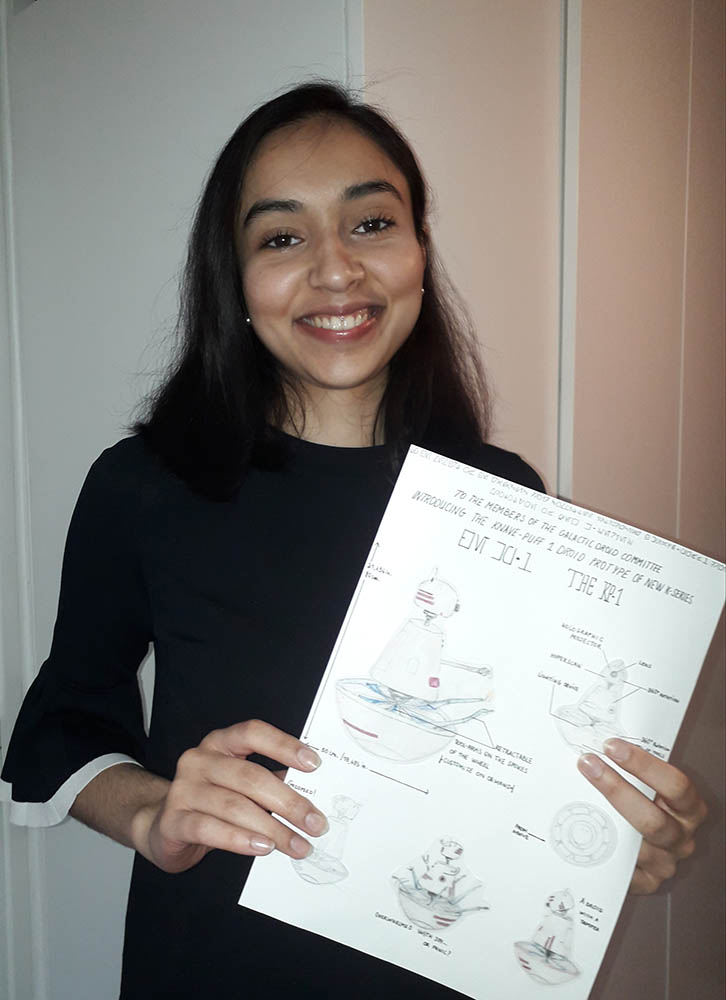 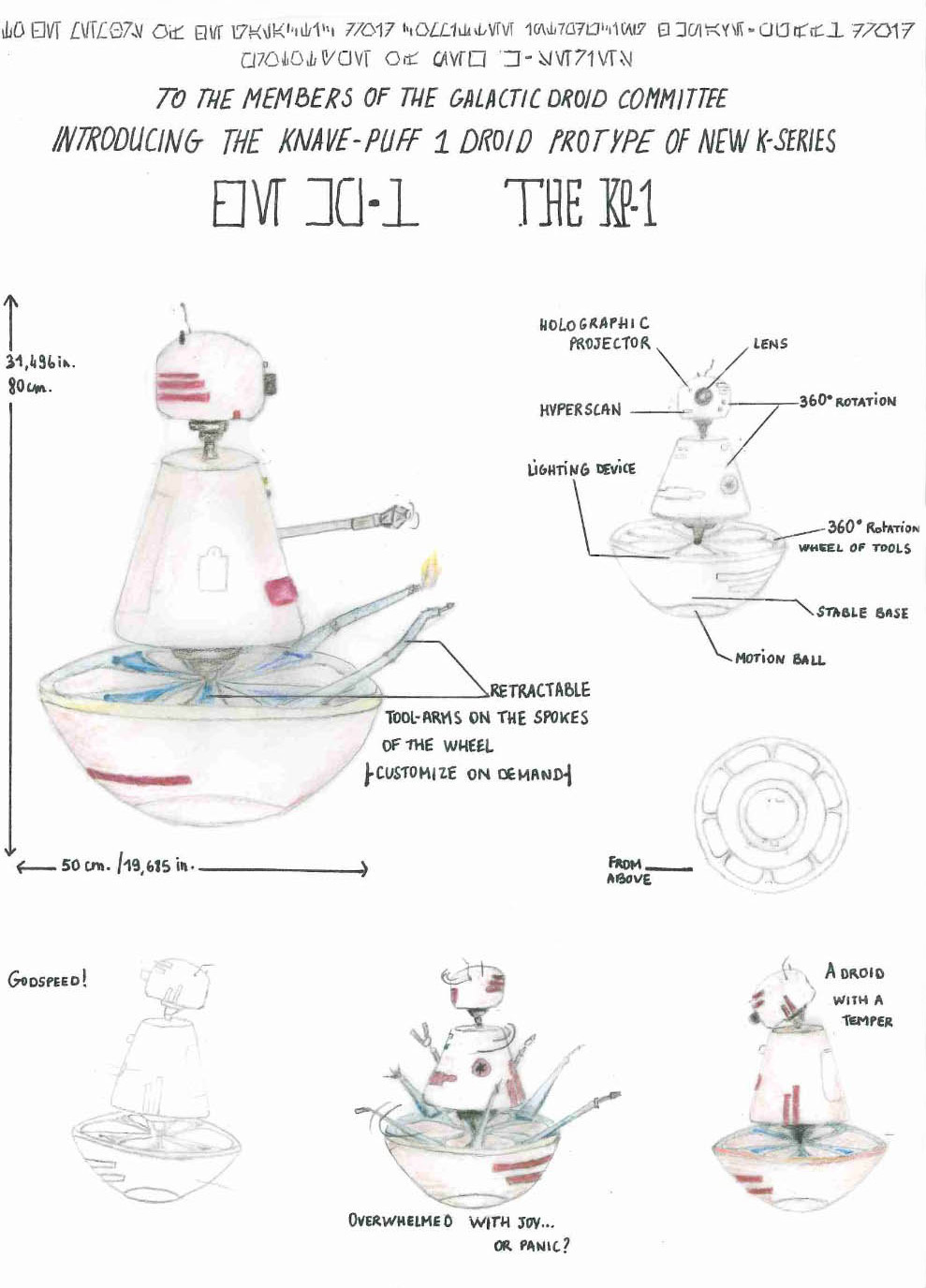 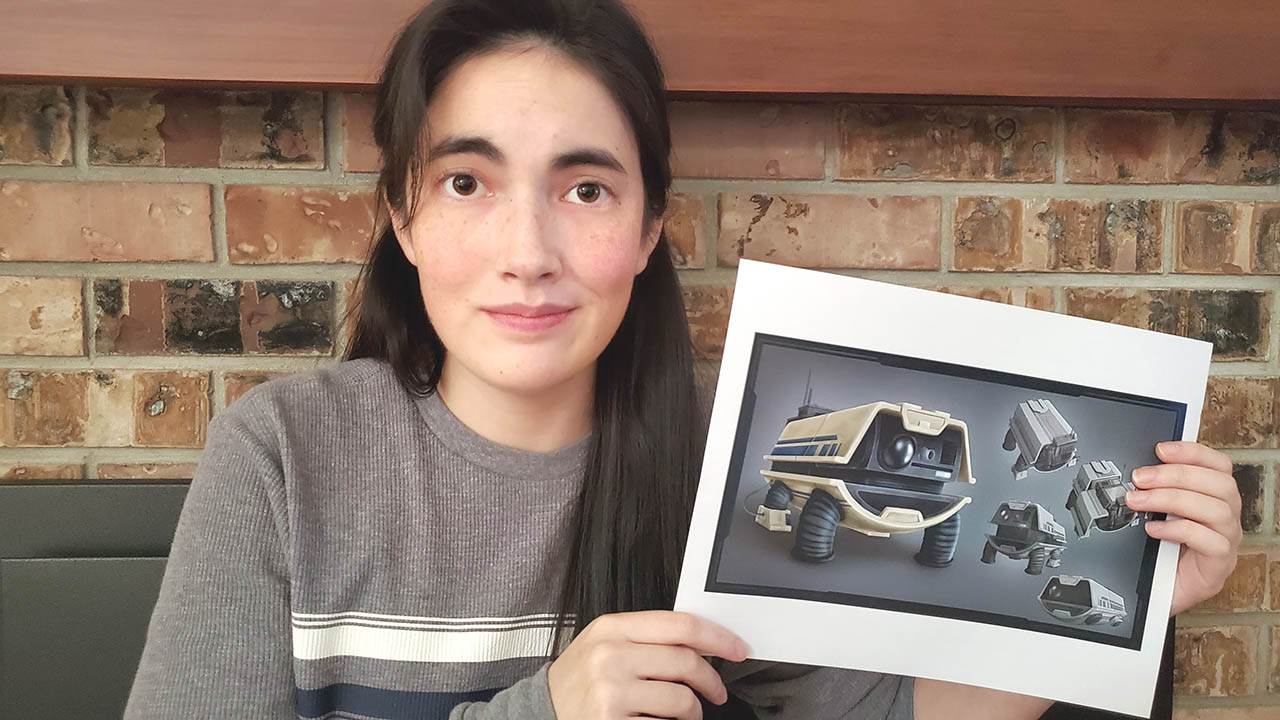 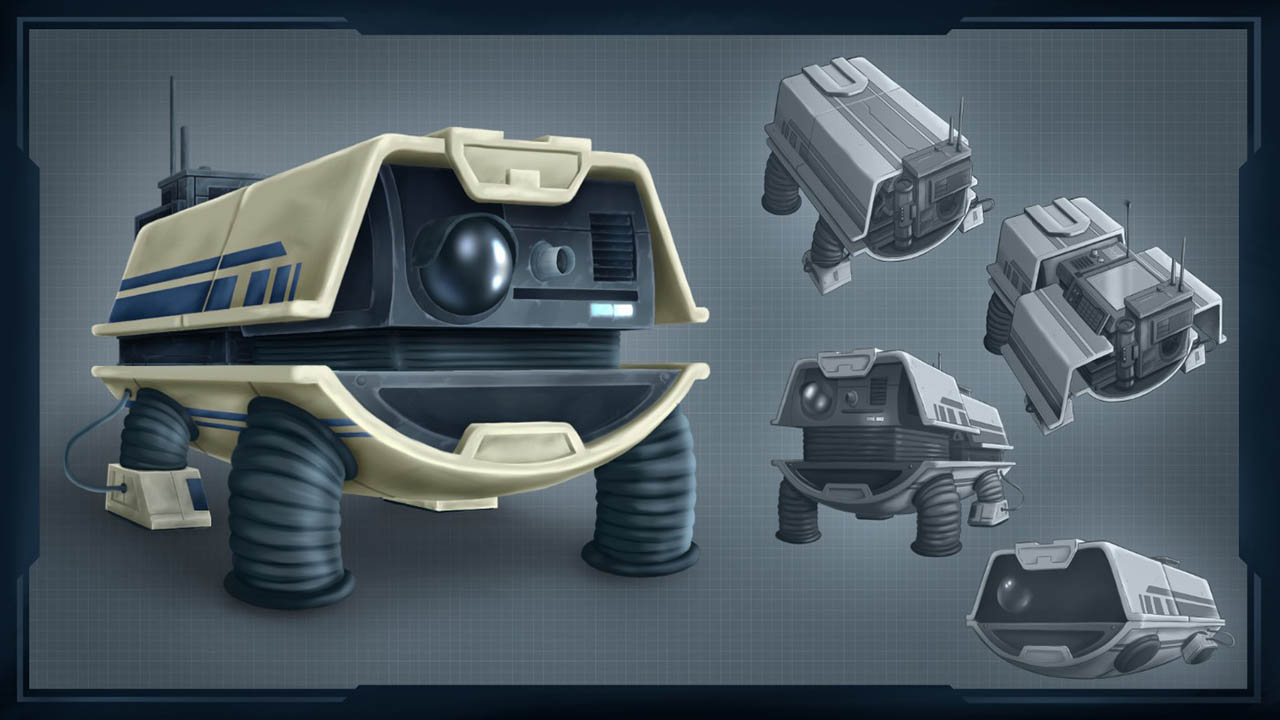 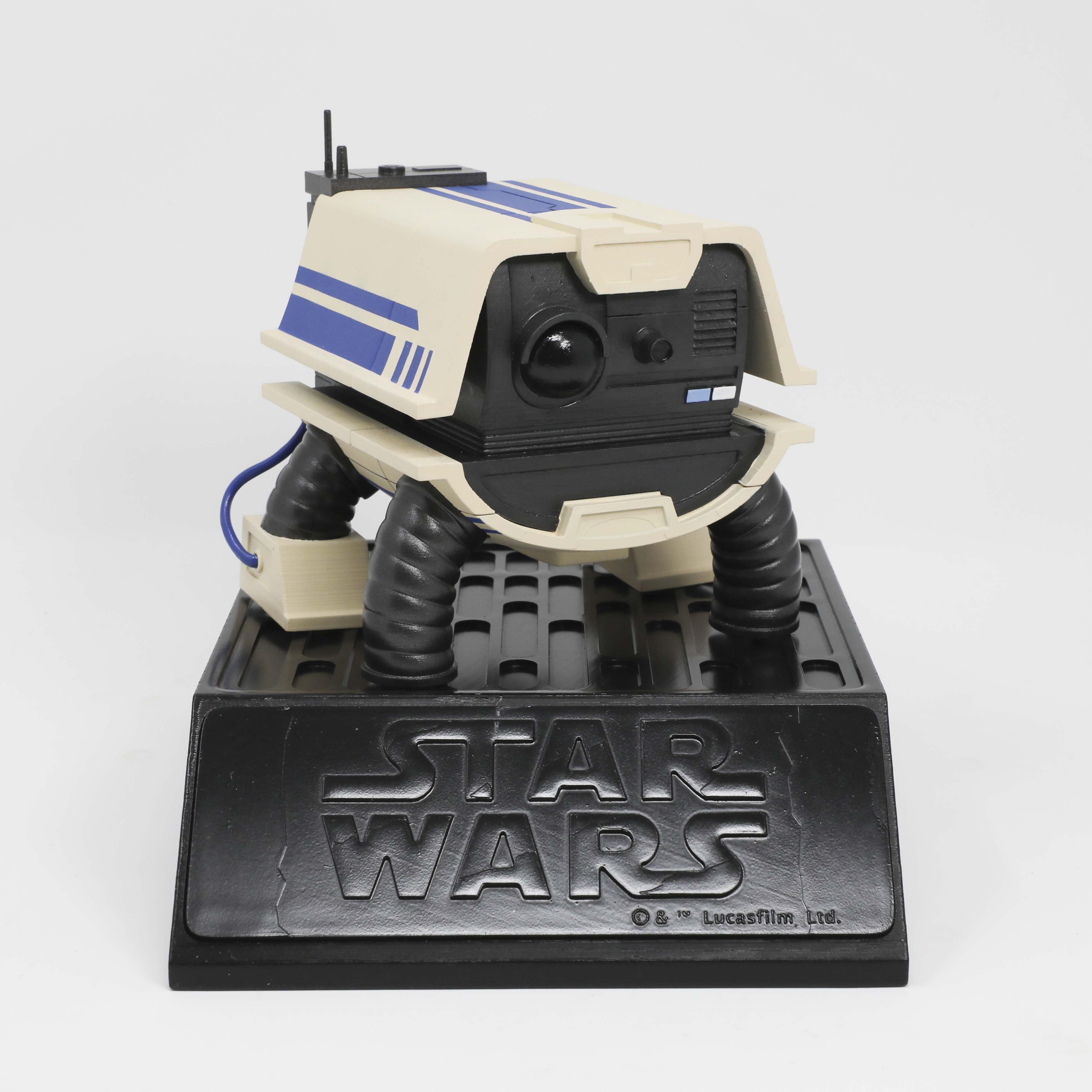 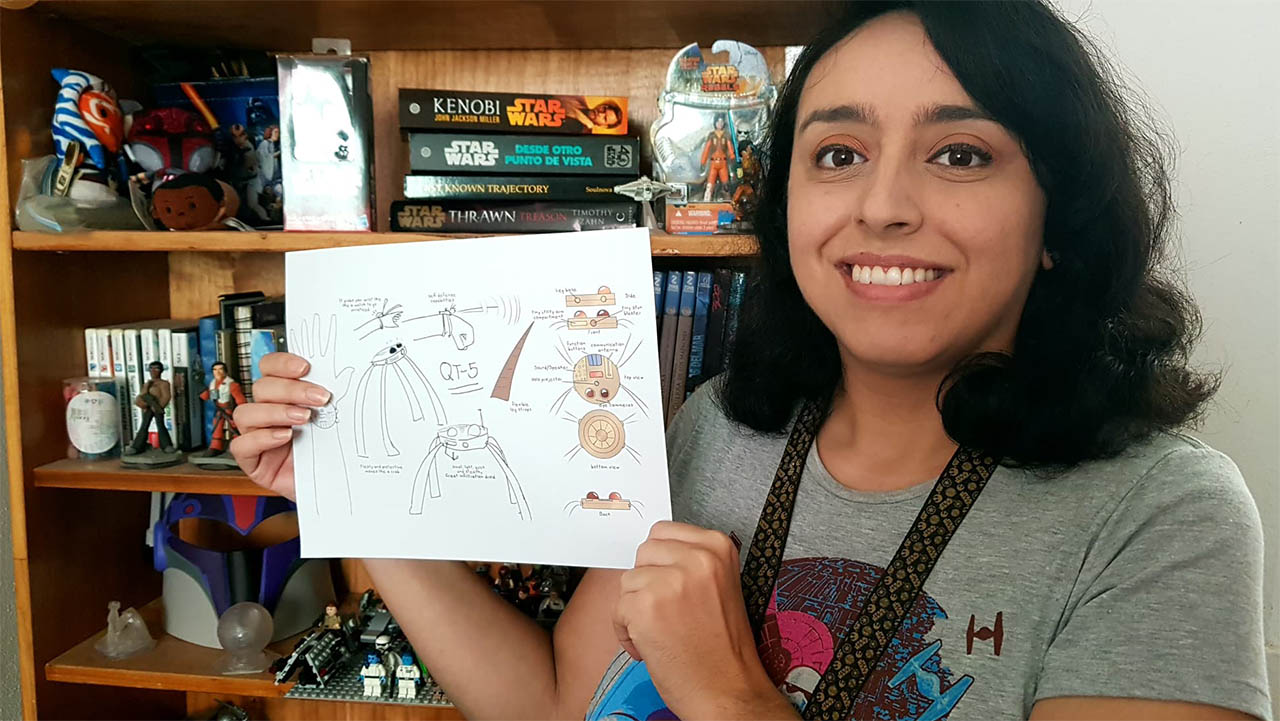 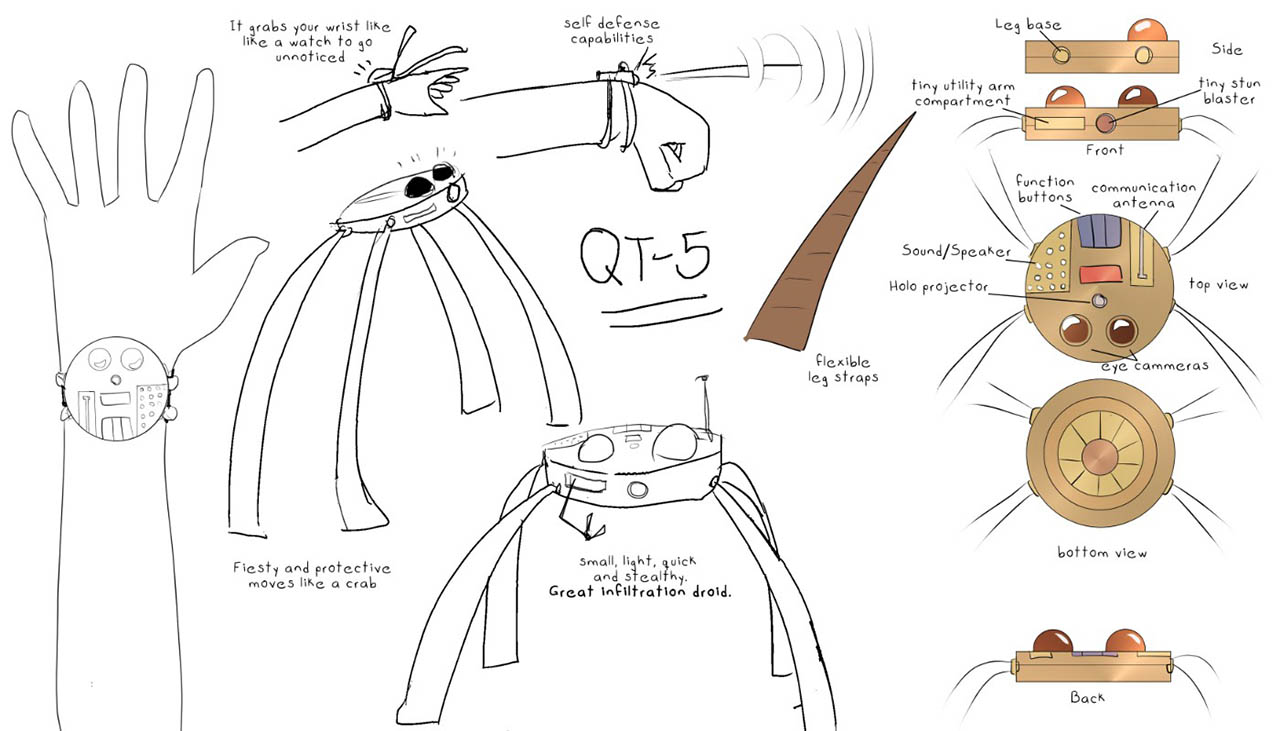 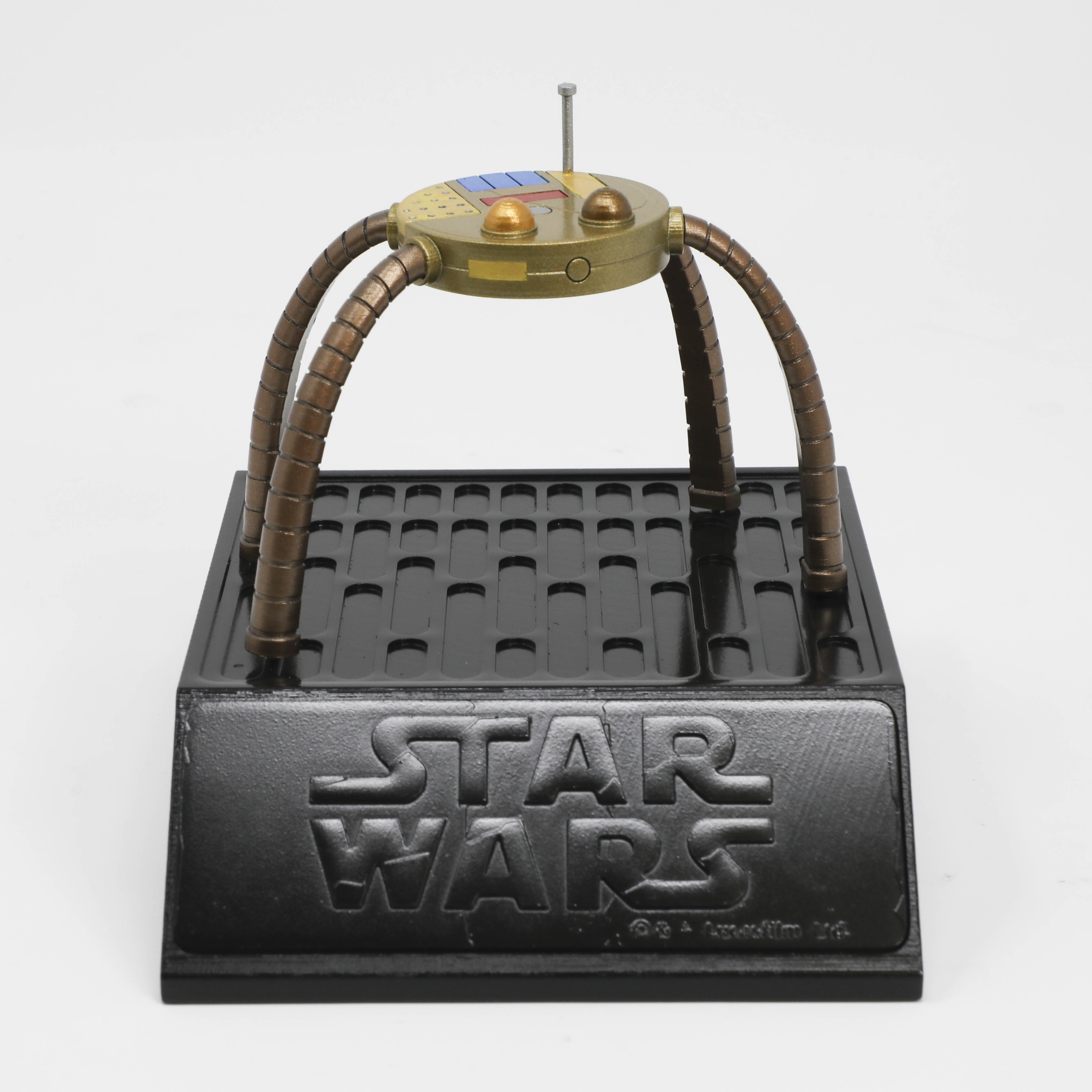