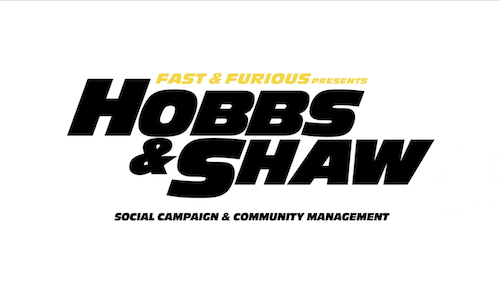 Being the first spinoff of the Fast Saga, our partners at Universal Pitcures challenged us to create a unique social presence for Hobbs & Shaw that felt fresh, innovative, and most of all, fun.  We had 3 major goals for this campaign:

1. Make jaw-dropping creative unlike anything audiences had ever seen on social platforms.

2. Give fans new ways to bring Hobbs & Shaw into their everyday conversations.

3. Utilize the large and active fanbases of the film's talent to amplify our reach.

Bringing the massive action of Hobbs & Shaw from the big screen to mobile screens required a variety of techniques including split-screen editorial, integrated 3D text, and frame-breaking creative. We surprised fans with holy sh*t moments by allowing them to rotate their devices and “drive along” with the video clips in their social feeds. Inspired by the bickering heroes, we let fans get into the action with an attention-grabbing Giphy Sticker series featuring funny smack-talk, perfect for trash-talking friends on social.

In addition to opening at the number 1 position at the box office, the film had a total gross of $750M+.  On the social channels, we had 120M+ total video views, 21M+ impressions on Twitter, 35M+ impressions on Instagram, and 414M+impressions on Facebook.

Creatively, we found a unique voice for this film and delivered thumb-stopping, innovate social content.  Fans were not only responding and commenting on the content of the film, but the intentions of the social creative itself. 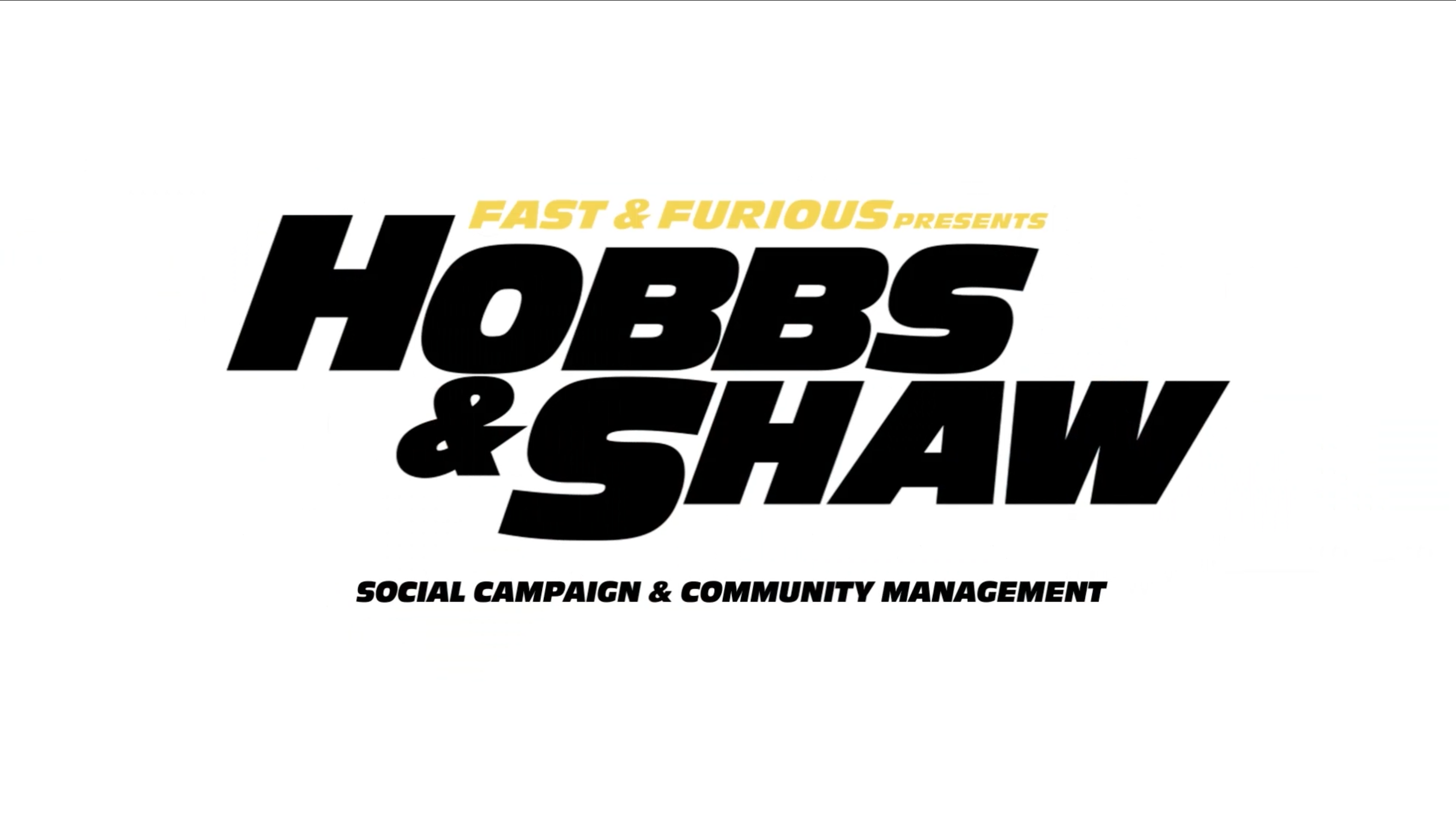 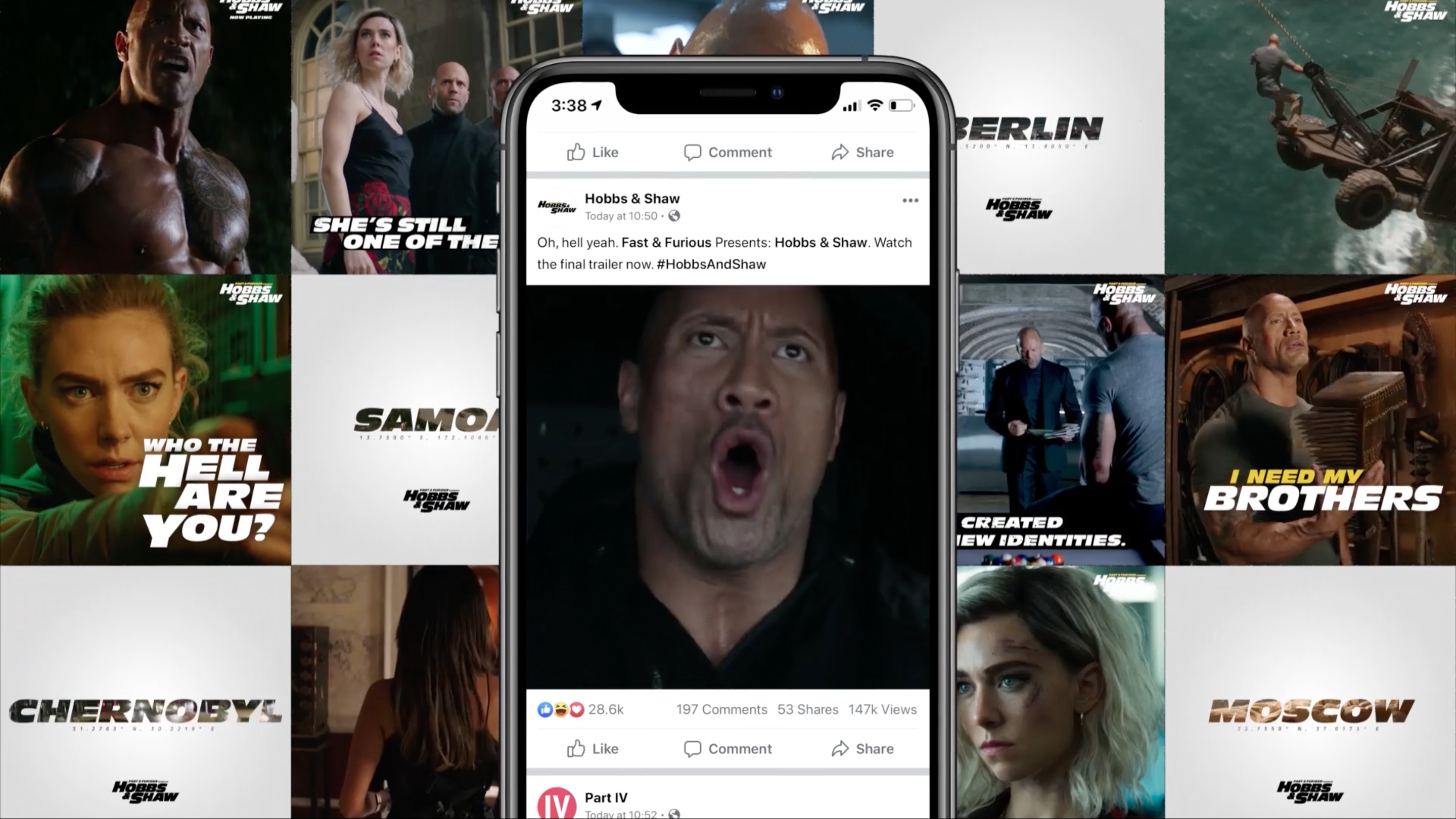 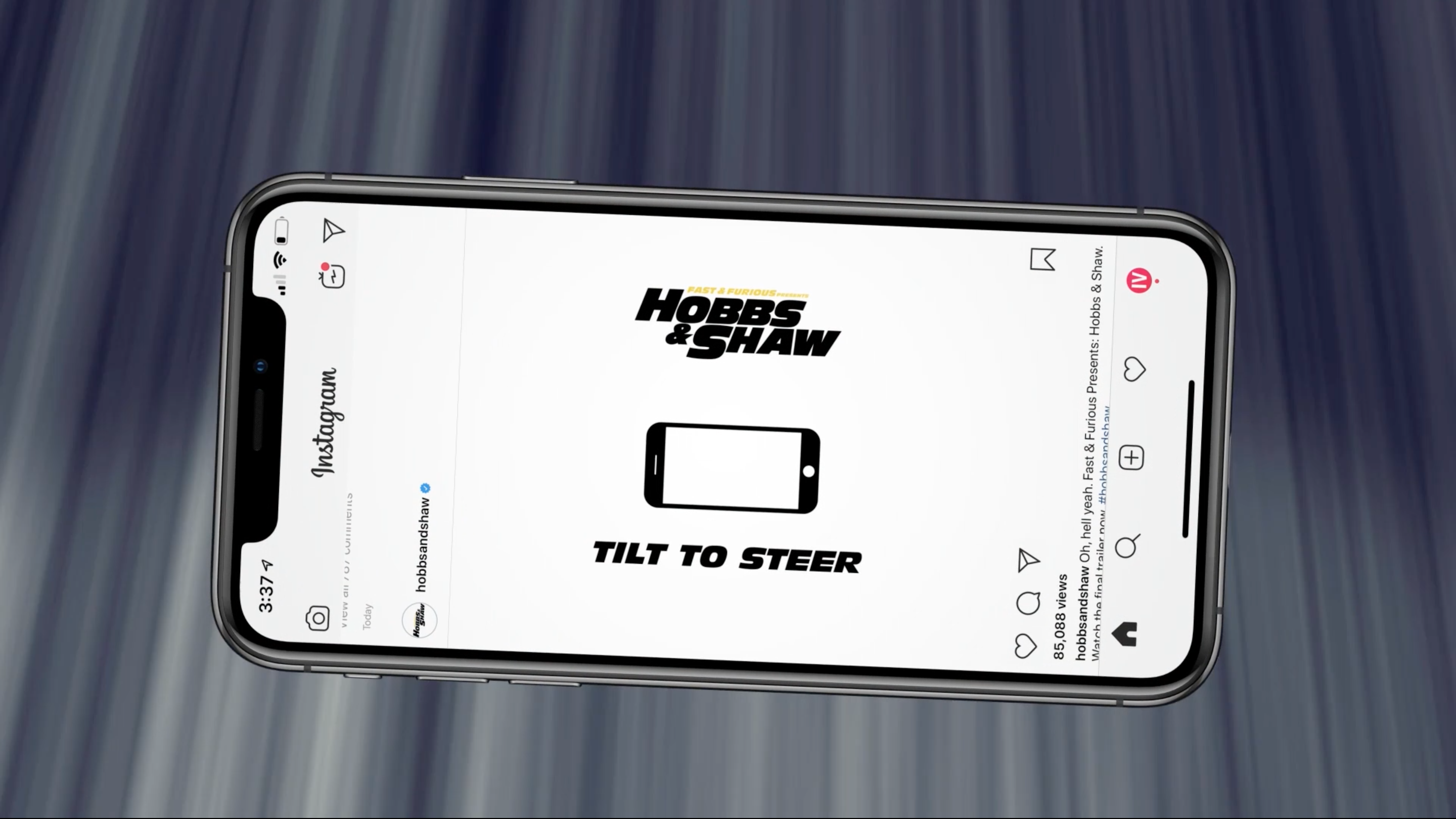 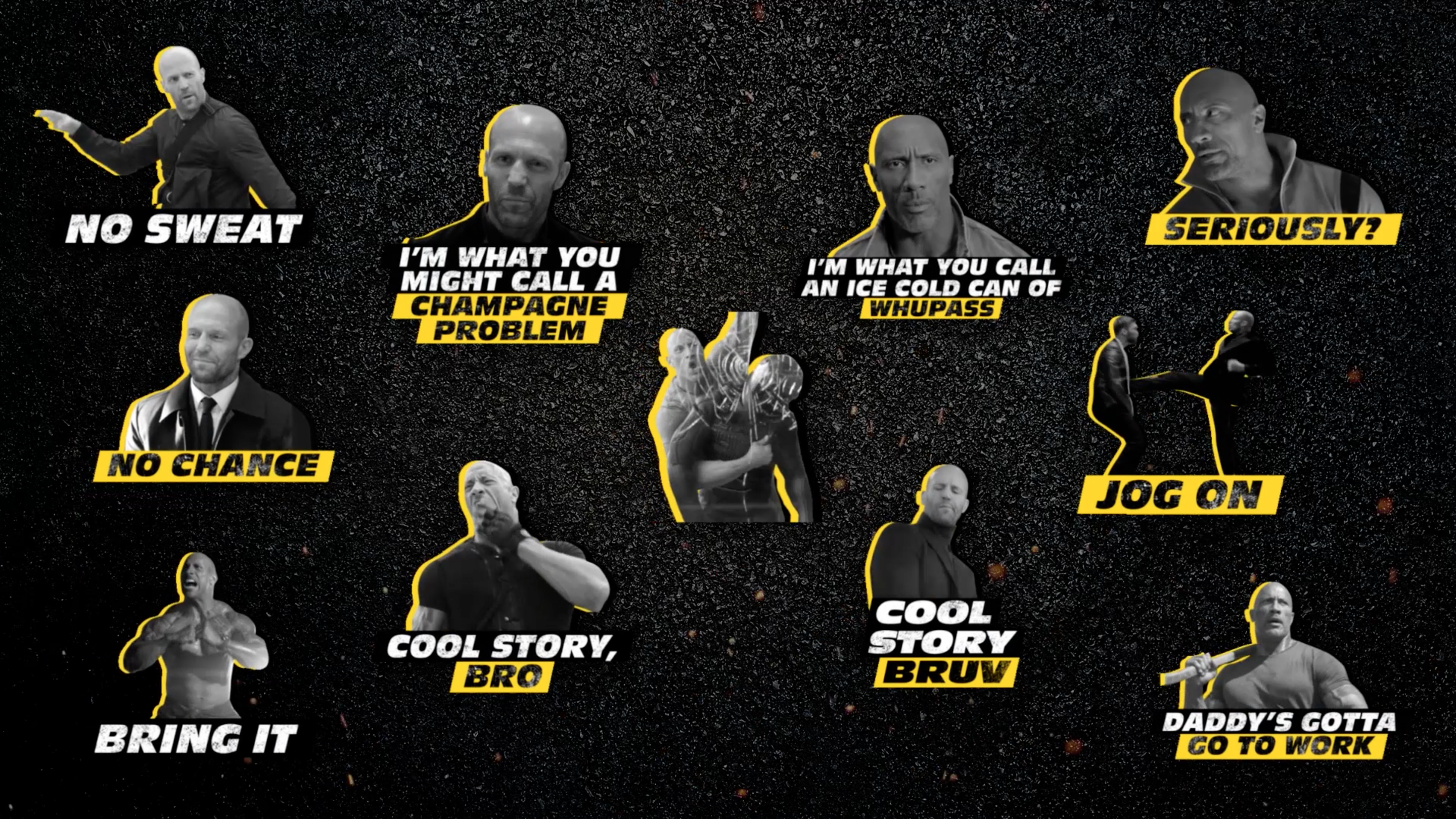 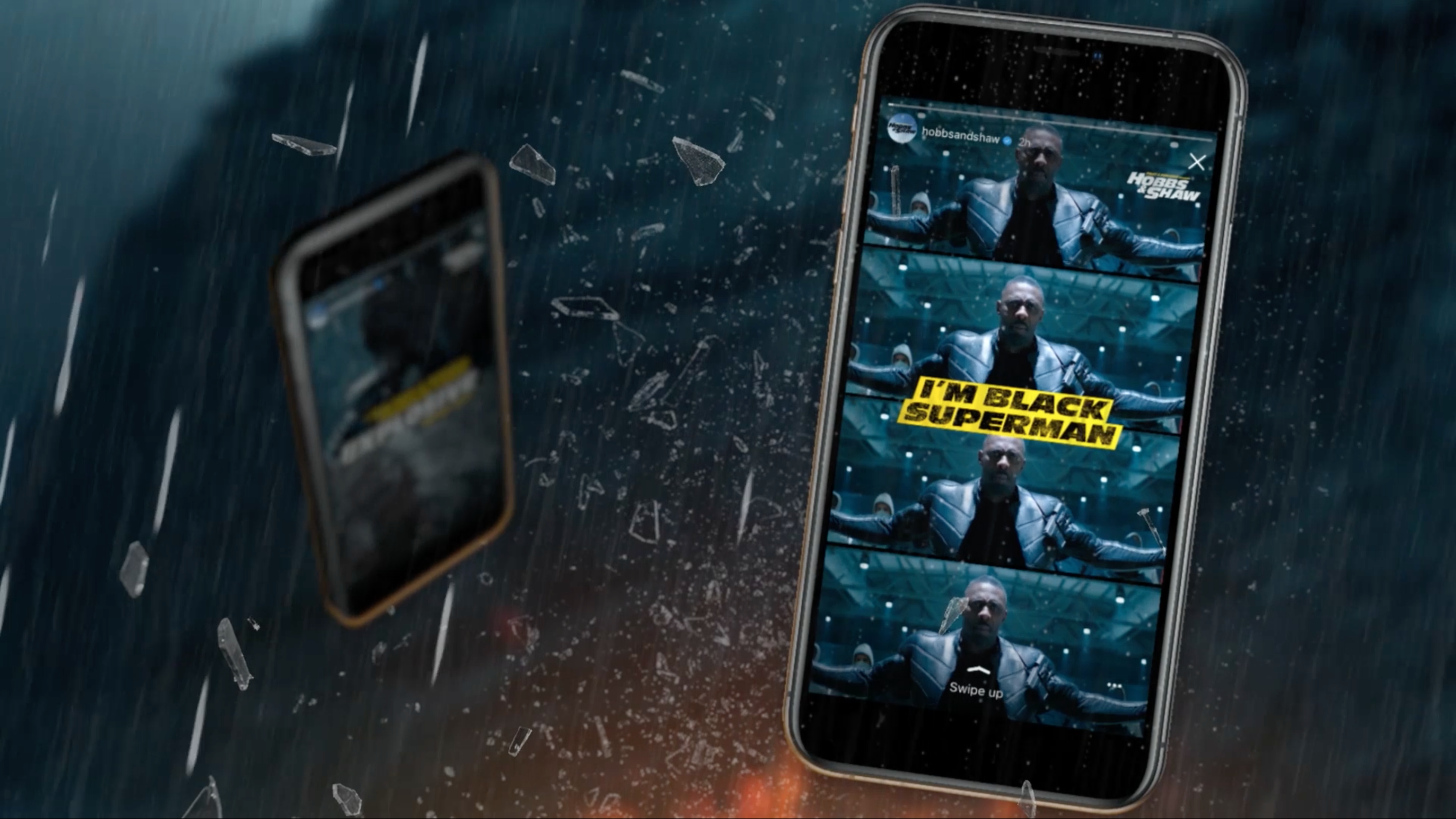 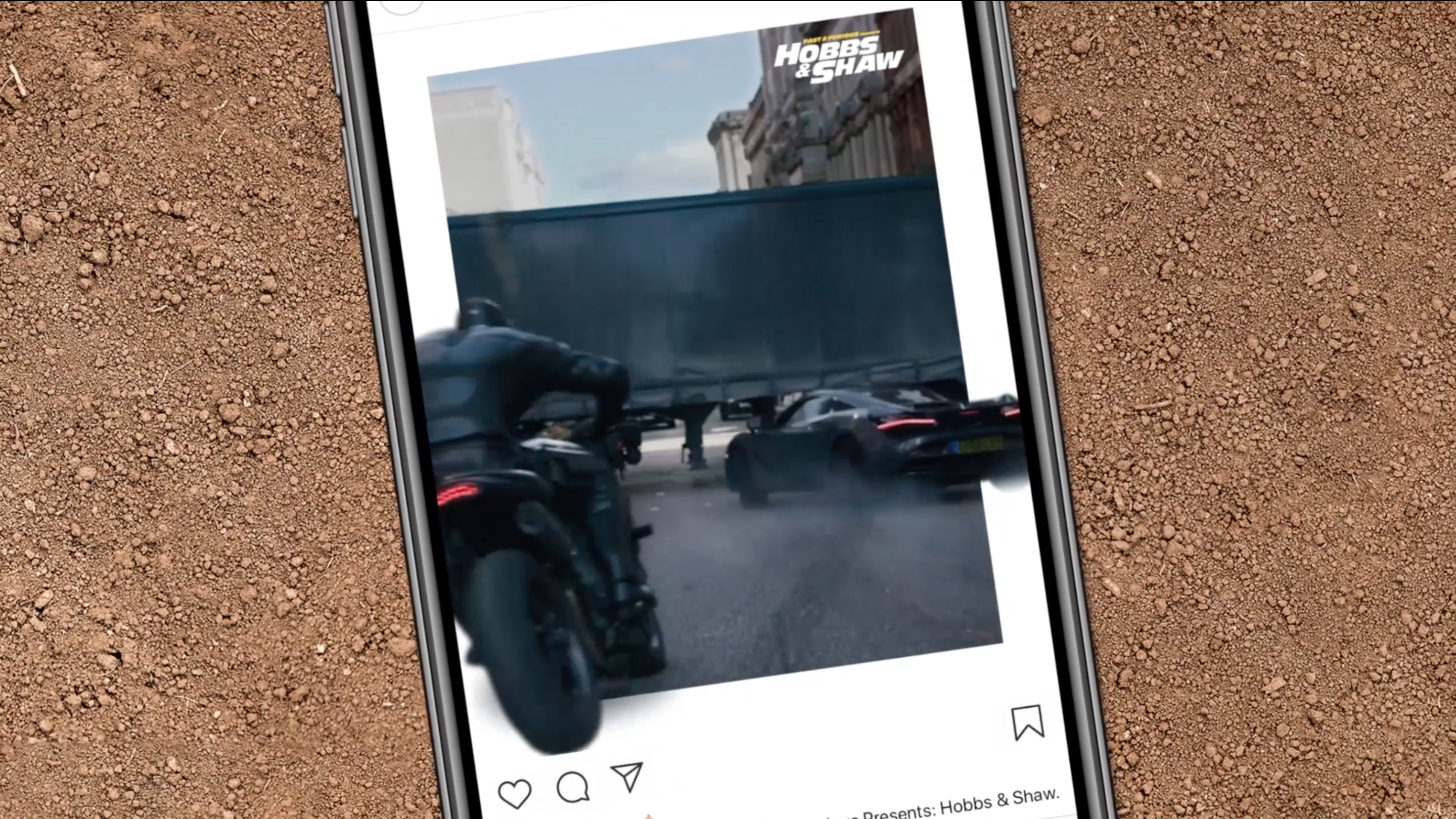