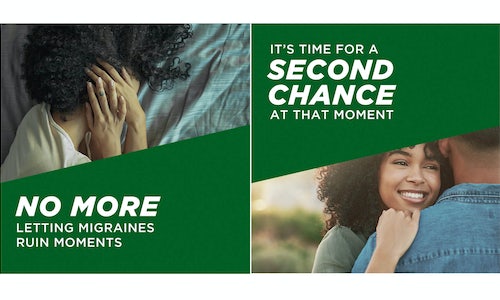 Excedrin has a high awareness of 99% and unparalleled loyalty in the U.S.

The challenge? Migraine sufferers, who have never used Excedrin, think Excedrin Migraine is just like any other general pain reliever (e.g. Tylenol).

How do we convince migraine sufferers that to try Excedrin?

Enter Excedrin Take Two: an integrated campaign, rooted in research, that shows migraine sufferers that Excedrin can help you stop missing life’s memorable moments due to migraines—so you can get back to what matters.

Migraine sufferers know all too well the impact migraines have on their lives. Sure, there’s the physical pain: the pounding headache, the nausea, the auras. But behind that, there’s the emotional pain that sometimes leaves sufferers out-of-control, alone and often pulled away from some of life’s important moments.

A migraine doesn’t care if you have something planned. In fact, Excedrin uncovered that almost 9 in 10 migraine sufferers say they’ve missed an important moment or

much-anticipated experience such as concerts, camping trips, family vacations, college reunions, bridal showers and even destination weddings due to a migraine. And because missing out on important life moments can leave a lasting impact, 91% percent of sufferers would like a second chance at their missed moments.

So Excedrin set out to offer these suffers real relief — launching a nationwide contest called Excedrin Take Two. We invited migraine sufferers to share their personal stories of a moment missed or impacted due to their migraines for the opportunity to relive the missed moment.

Knowing that migraine sufferers rely heavily on recommendations from those who understand them and their migraines, we used natural language processing and artificial intelligence to identify prominent fellow migraine sufferers to spread the news and mobilize their followers. Starting with a 170K influencer pool, we narrowed our selection down to six influencers including top-tier celebrity influencers like LaLa Anthony and Whitney Port. Our celebrity influencers shared on social and through earned media interviews how migraines have impacted their busy lifestyles and encouraged others to share their migraine story for a chance to relive a missed moment. Clinical psychologist and head pain expert, Dr. Elizabeth Seng, was also available to discuss the science behind migraines, their triggers, and potential solutions to help keep sufferers from missing out on future moments due to migraines.

For the duration of the contest, Excedrin Take Two content promoting entry also appeared across Excedrin owned channels, including Twitter, Instagram and Facebook organically and with paid support. Media interviews drove to a landing page on Excedrin.com which not only allowed for contest entries, but collected first party data via an email opt in to keep Excedrin top of mind for participants.

On a parallel path, Excedrin ran breakthrough video content for TV, online and social that tapped into this idea of missed moments—and moreover broke the norm for over-the-counter medicine creative with it’s use of visual effects. The videos created empathy by dramatizing what it feels like to experience a migraine, differentiating it from “just a bad headache.”

Through empathetic creative, influencers who are real miraine sufferers and a contest that strove to make a tangible impact—Excedrin was able to offer real relief for not only migraine’s physical pain, but the equally prevalent emotional pain.

Excedrin Take Two was covered across a variety of media resulting in more than 650 million earned media impressions – exceeding our program KPIs by more than 100%. Online and print articles and social posts helped garner nearly 800 contest entries from migraine sufferers across the country. The campaign resulted in a substantial conversation lift: a 14% increase in mentions of Excedrin. Moreover, due to the contest we gained 214 email subscribers—nearly a 700% increase from the average number of subscribers gained during a two week non-campaign period.

Our six celebrity and lifestyle influencers generated social content that encouraged migraine sufferers to share their migraine stories and enter the contest. Influencer content garnered more than 80MM organic story impressions and increased consumer engagement. Even celebritiy sufferers such as Cardi B. agreed with LaLa Antony’s claim that she never leaves the house without Excedrin. Her comment, “Girl me too,” received more than 2K likes. Consumers shared intent to purchase and some even considered switching from other pain-relieving brands as a result of the influencer content, “Need to try this, been using Advil but hasn’t been working.”

Out of the contest entrants, we awarded six winners a second chance at a moment missed due to a migraine. Thanks to Excedrin Migraine, the winners were able to remake their moments, this time without the migraine.

From a sales perspective, Excedrin sales increased 26% after the launch of Excedrin Take Two. 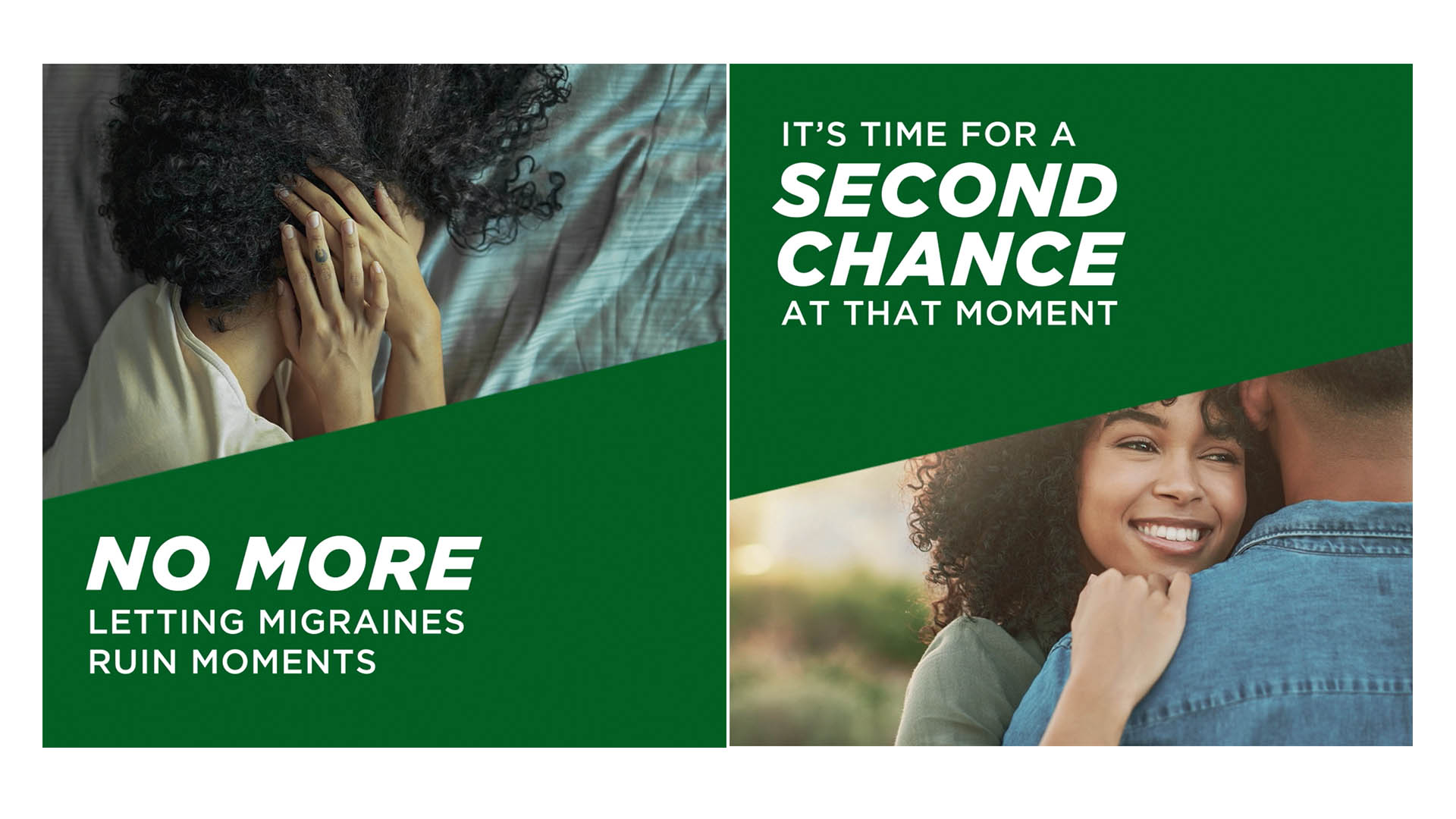