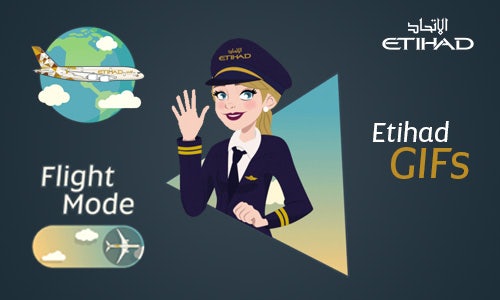 In today’s digital world, GIFs have become more than just an image format for people to express themselves. More than 500 Million people use them on a daily basis, making them an user’s favorite, over-performing Instagram videos. They have a unique ability to capture the mood of the moment by being catchy and appropriate for almost every occasion.

GIPHY captivated the Instagram audience and received an unprecedented 16M views in only a week when launched across the platform. They currently have 150M unique monthly visitors.

In Etihad, our guests and audiences are our most valuable asset. As part of our Social Media strategy, we wanted to encourage them to create user generated content with our own GIFs, which were created with a defined personality that allowed them to story tell their journeys in a fun yet uniquely branded way.

When we contemplated the idea of producing GIFs for our channels, we first thought about our audience and deep researched what they wanted, what they used the most and whether or not they were inclined to use our GIFs.

After looking at what was available in the market, we found a variety of airline related content quite static and not highly engaging. We also noticed that most of the GIFs were mainly images of cabin crew, but did not portraited a traveler profile with different options to choose from.

We then put our audience hat on and defined what we thought was going to be most useful from a story telling point of view. We created specific GIFs to be used on generic stories, adding a touch of fun and graphics built for specific content (i.e window shade going up, flight mode, aircraft flying, racing car, Mancity, Greenliner aircraft etc).

Our characters were Etihad-like, but relatable to an audience that was craving animated content they could use for their travel related stories. Our animated cabin crew gifs for example, one of the audience favorites, came to life and ended up being used on our company walls, website and on printed stickers given to new joiners.

GIFs were also created for specific events sponsored by the airline and we’ve received a very positive response from the audience. They’ve used them pre, during and post big events such as Formula 1. This also boosted the brand awareness and remembrace.

Throughout 2019, gifts were rolled in different phases matching them up with new liveries, aircraft type, seasonal flights , product releases, routes and more. Our audience, not only an AVGeek oriented but also with a passion for travel, used them to enhance their stories content and we’ve received an amazing response from with numbers that speak for themselves.

During the first week of our Etihad GIFs being online, we received an overwhelming 200K views. The response was so mind-blowing, that GIPHY even featured them on their homepage under the “Trending” for 24 hours. With the successful launch behind us, wevset forth to develop new sets of GIFs on a regular basis. With every new release, the response is even greater. To date, our GIFs have been viewed a total of 9.8 million times, and have proven very popular with many of our frequent passengers.And we’re just getting started. With the designs of our GIFs proving so popular, we intend to use them as part of an upcoming line of Etihad merchandise. Keychains, stickers, phone covers… you name it! All will prominently feature designs made famous by our GIFs in the very near-future. We also are planning to roll our GIFs out on multiple platforms in the very near future, starting with Apple’s iMessage.

Finally, plans are in motion to create new sets of GIFs that represent the diversity of Etihad – both in terms of destinations we fly to and the people that are at our heart. Language-specific GIFs will be first, beginning with Arabic. After that, we intend to create GIFs that represent some of our favourite places to fly to. All of this will be achieved without losing sight of our initial goal – to create GIFs that enhance the stories our passengers are telling about their journeys, and the important role Etihad played in them. 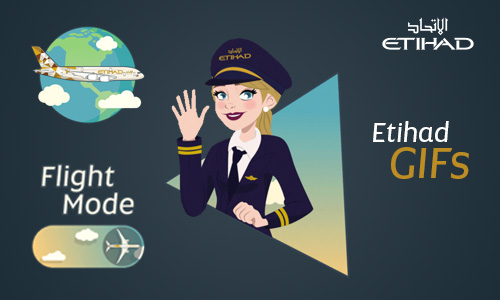 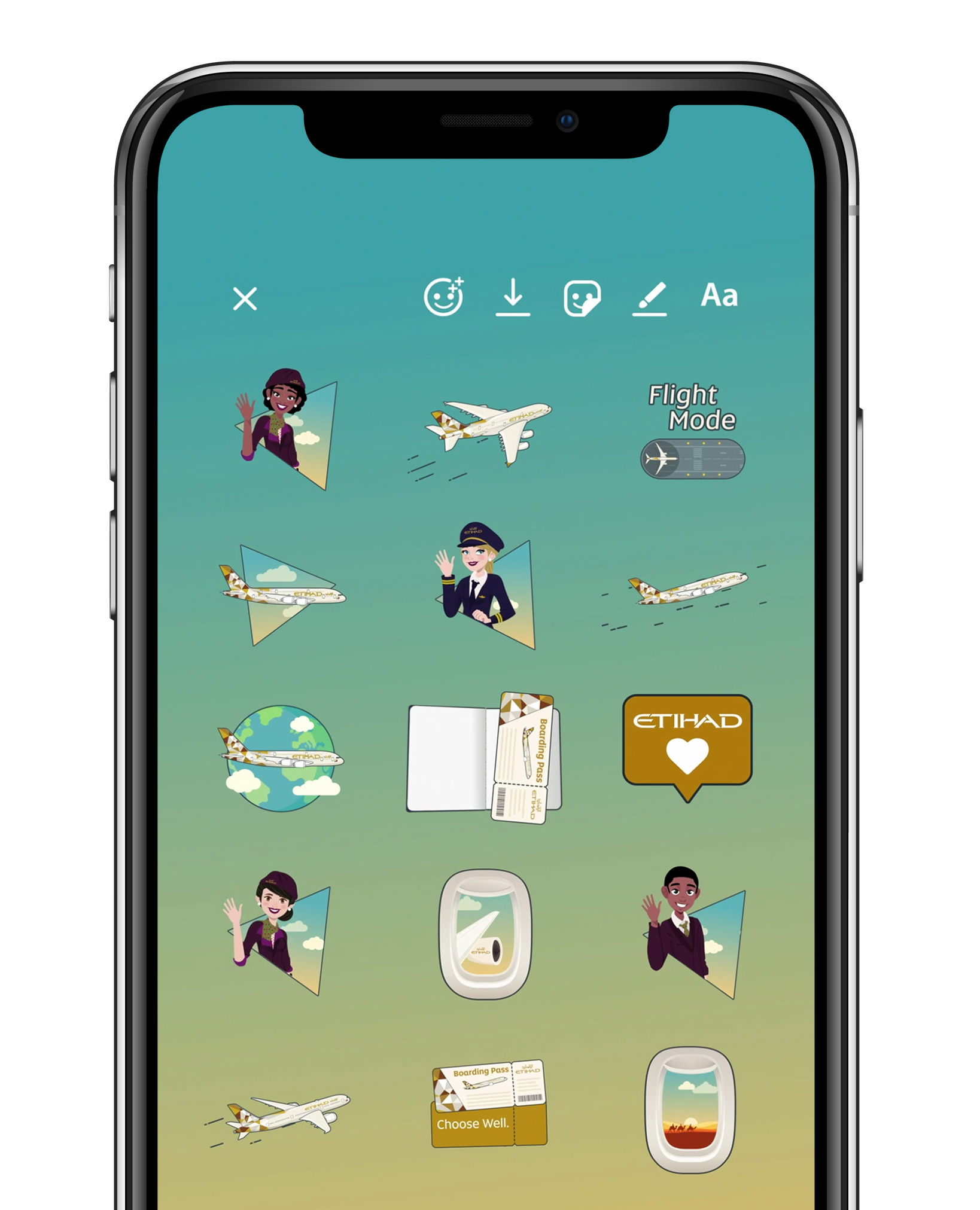