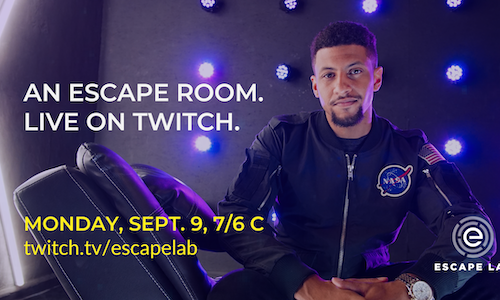 Escape Lab is an interactive, live-streamed, STEM-based escape game show on Twitch, piloted by WGBH in 2019.

We had three goals for Escape Lab. The first was to connect young audiences with public media by creating and sharing high quality, original content on the platforms and in the communities where they convene. The second was to increase our skills as an organization in creating interactive, engagement-first original social video that young audiences want. And the third was to contribute our expertise in creating watchable, entertaining science content that’s also educational (WGBH produces NOVA) to the active conversation already happening on Twitch, while learning from and collaborating with key influencers in the space.

Designed for an audience of current high school and college students, the Escape Lab pilot was co-created with viewers, who made key decisions in real time about the design and build of a Mars space station-themed escape room. They asked questions of astronauts, scientists and game designers as they consulted on design and narrative, and ultimately became live, virtual teammates, helping (and hindering!) real-world teams of Twitch and YouTube influencers who competed live to escape the room with the fastest time. Escape Lab content was grounded in Next Generation Science Standards, but the show was presented as entertainment-first.

Over the seven weeks it took to design the game and build the set, Escape Lab featured interactive game design sessions and interviews with astronauts, engineers and other space, science and gaming experts, generating excitement for STEM through participatory content and creating a dialogue with industry professionals.

Handing the reins to the audience fundamentally changes how a show is produced, adding a huge emphasis on community and outreach. Escape Lab challenged us to put the audience first and expand our understanding of video content and engagement, in addition to learning all about space, escape game design and live TV production. Streaming design sessions and expert interviews not only enhanced the series narrative and content value, it also provided creative opportunities for audience development and community engagement and gave us time to learn the platform inside and out. We conducted extensive audience research into science, space, gaming, puzzle, and escape room communities and influencers, and connected with them for advice and input before starting production. We talked to multiple Twitch streamers who advised on platform best practices, tools, their communities and content. We also identified groups for user testing and feedback. Members of the /escaperooms subreddit were enthusiastic, engaged and generous with their time, advising on show structure and watching when the time came.

Through this process we connected with Twitch space streamers EJ_SA (55,746 followers) and DasValdez (61,232 followers), and siblings The Skorys, cross platform influencers in adventure storytelling (1.55m YouTube subscribers.) They all joined the cast of our finale episode, a 2.5-hour live escape game competition. Youth STEM educator Justin Shaifer hosted the show.

Before the show, EJ_SA and DasValdez streamed a pre-show tour of WGBH on EJ_SA's channel. When the show was about to start, EJ_SA raided the Escape Lab channel, sending hundreds of viewers to the show.

The cast was split into two teams, Team Above and Team Beyond, and had to work with viewers to conduct experiments, solve problems, and navigate an escape pod home. Through chat and interactive heat maps and poll overlays, viewers directed the teams and gave them crucial puzzle solving information.

After we wrapped the show, we kept the escape game open in our studio for a week and invited WGBH community members to try it for themselves. 37 teams participated, only a few made it out.

Since the pilot we’ve implemented through IT an automated Twitch streaming option for anyone at WGBH, created a Twitch starter kit, trained two teams in launching their own channels and are consulting with several more. WGBH’s in-house production team now includes Twitch live streams in its services portfolio.

The most important thing we learned from Escape Lab is the people who show up and participate in chat are the show. Without them it’s just live TV, and it’s essential to be responsive to their input. This crystalized about 2 hours into the finale. Our audience was 2700 concurrent viewers and growing, and we didn’t want to lose them. We made a last-minute call to keep the stream going after the game ended, and have the game designers give a behind-the-scenes tour of the set. And viewers stayed. They asked tons of questions, we deployed spontaneous polls, they voted on what kind of escape room we should do next, and made one of our cast members do the Macarena. Escape Lab highlighted a desire on Twitch for more high-quality, entertaining, science-based content from trusted sources, and we’re currently working with the platform to develop a full season of the show. 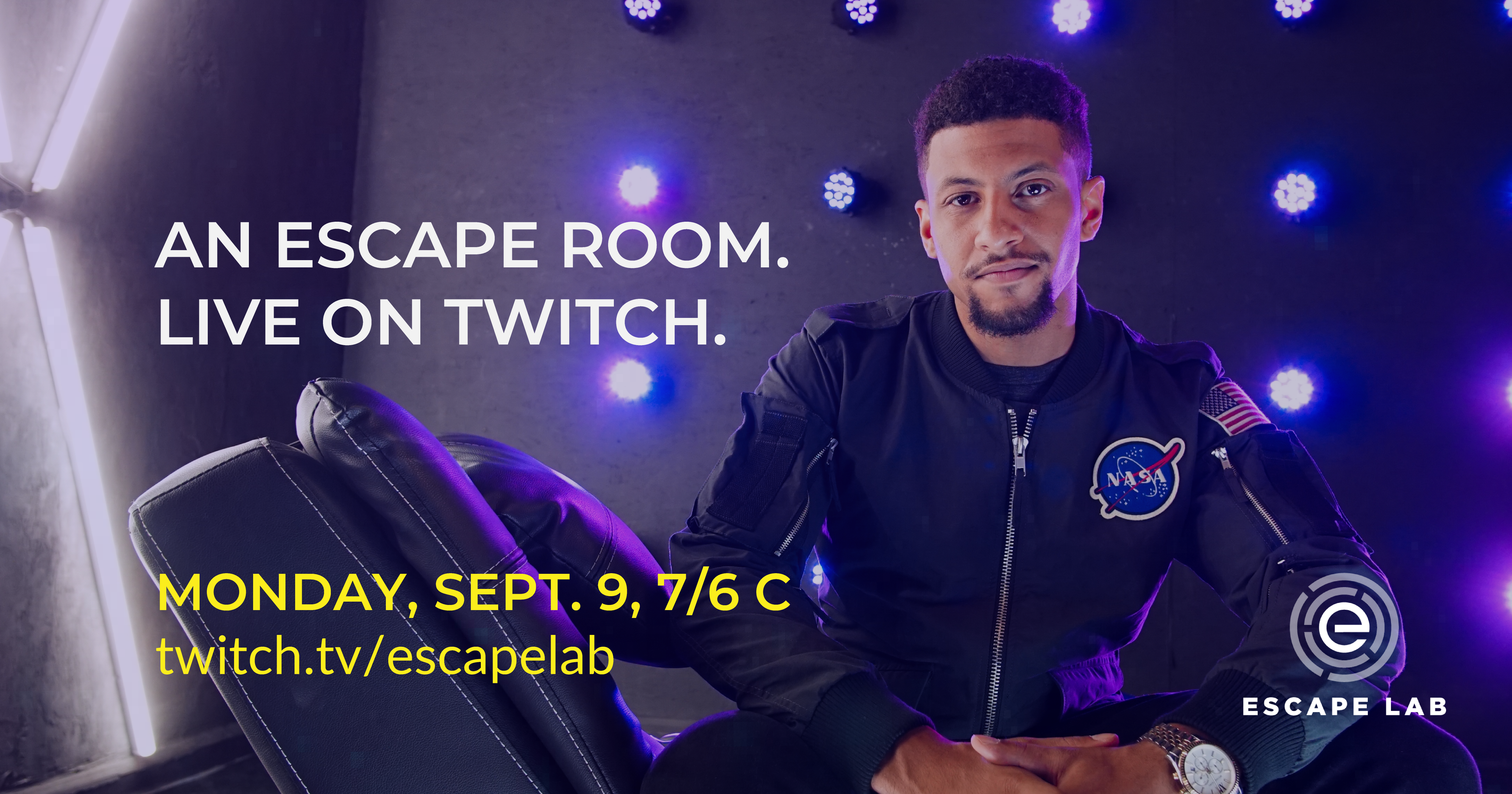 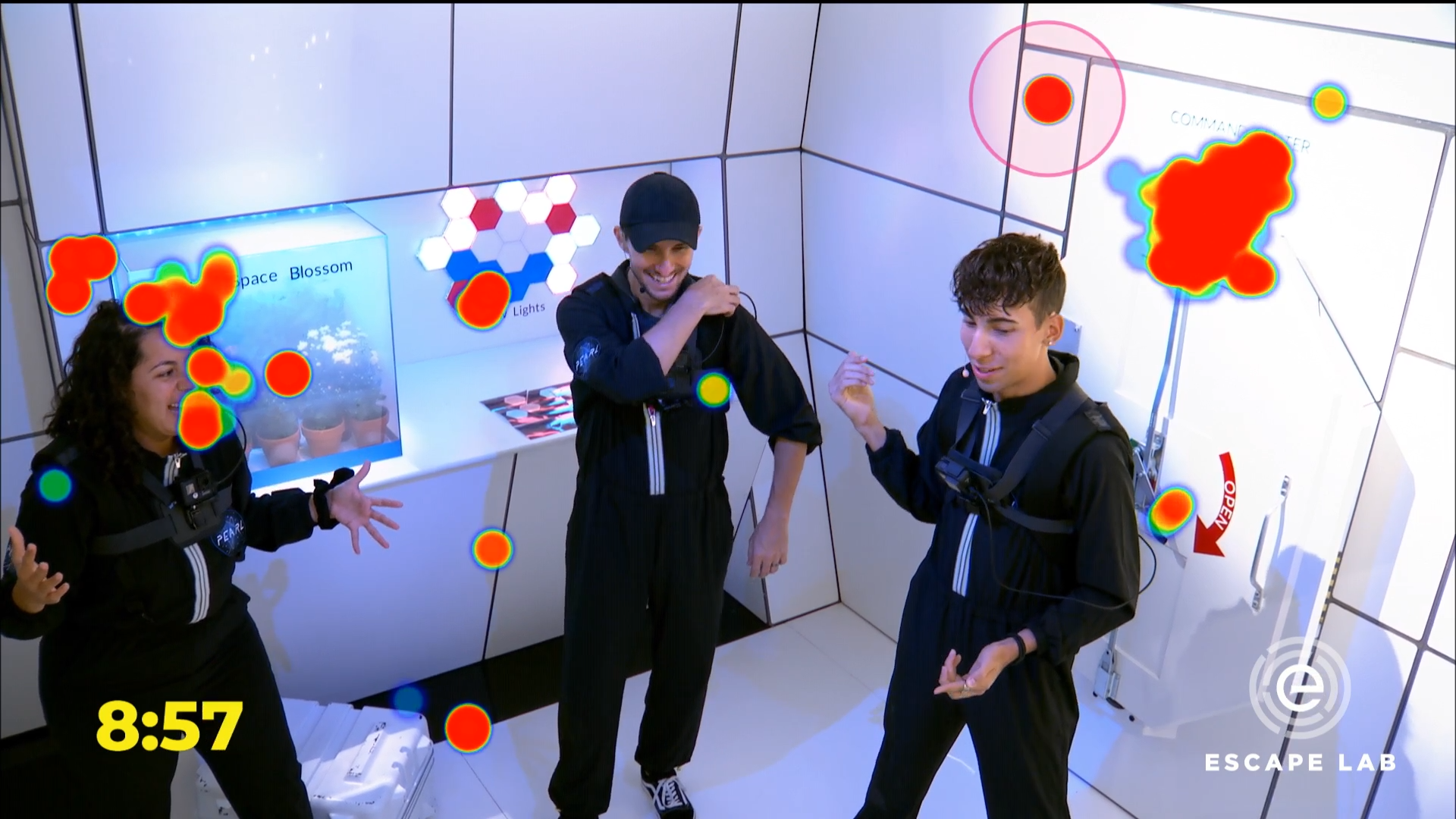 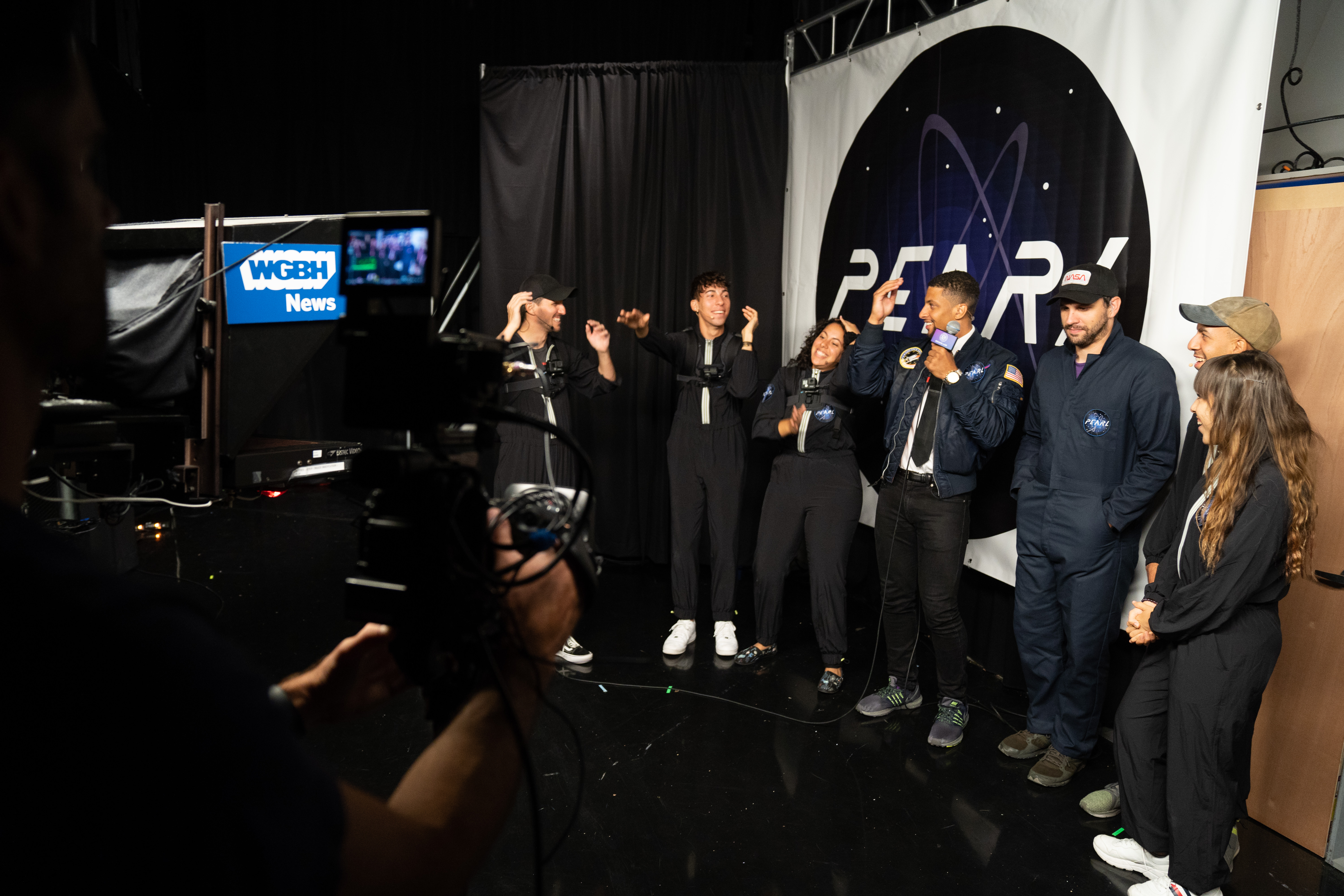 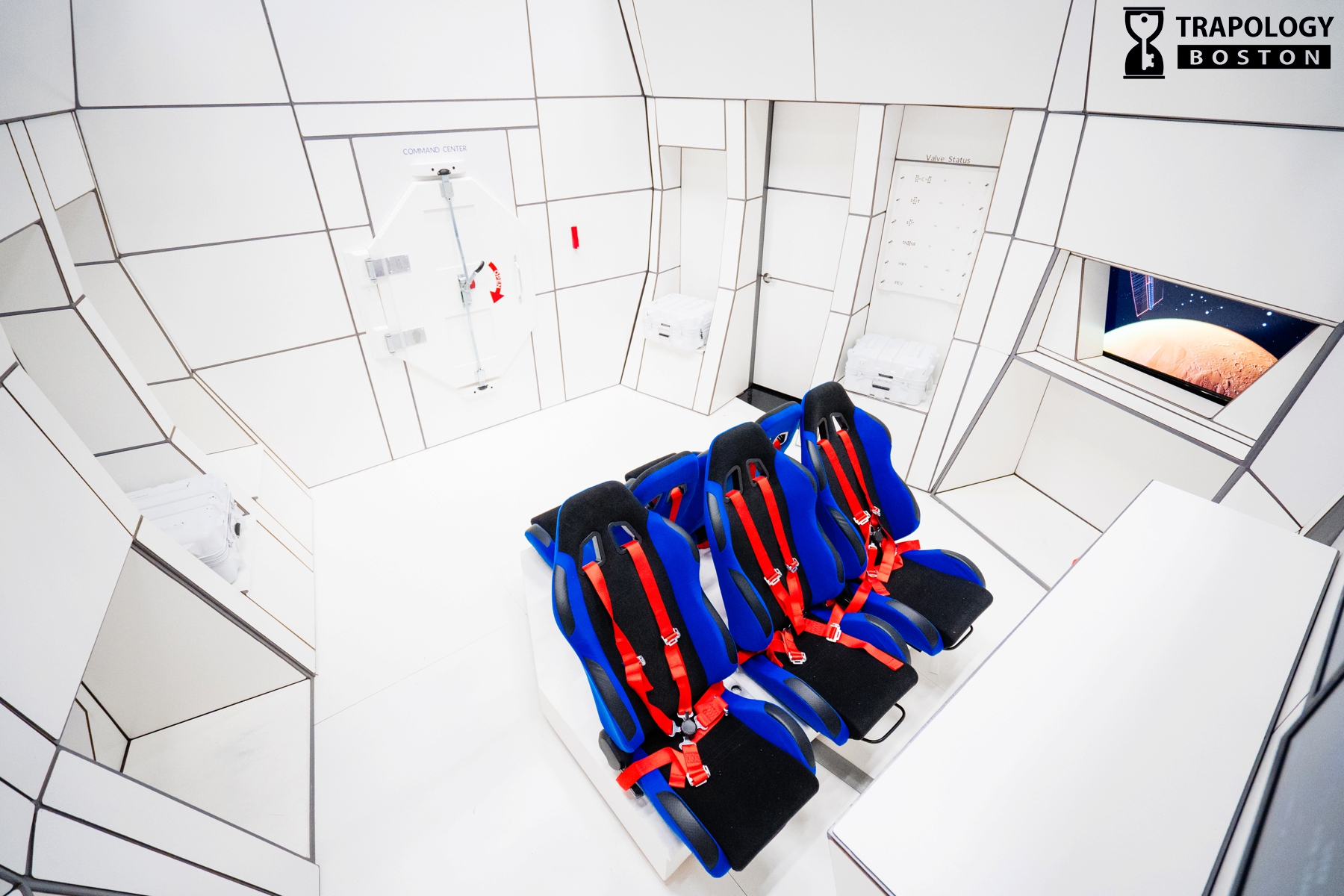 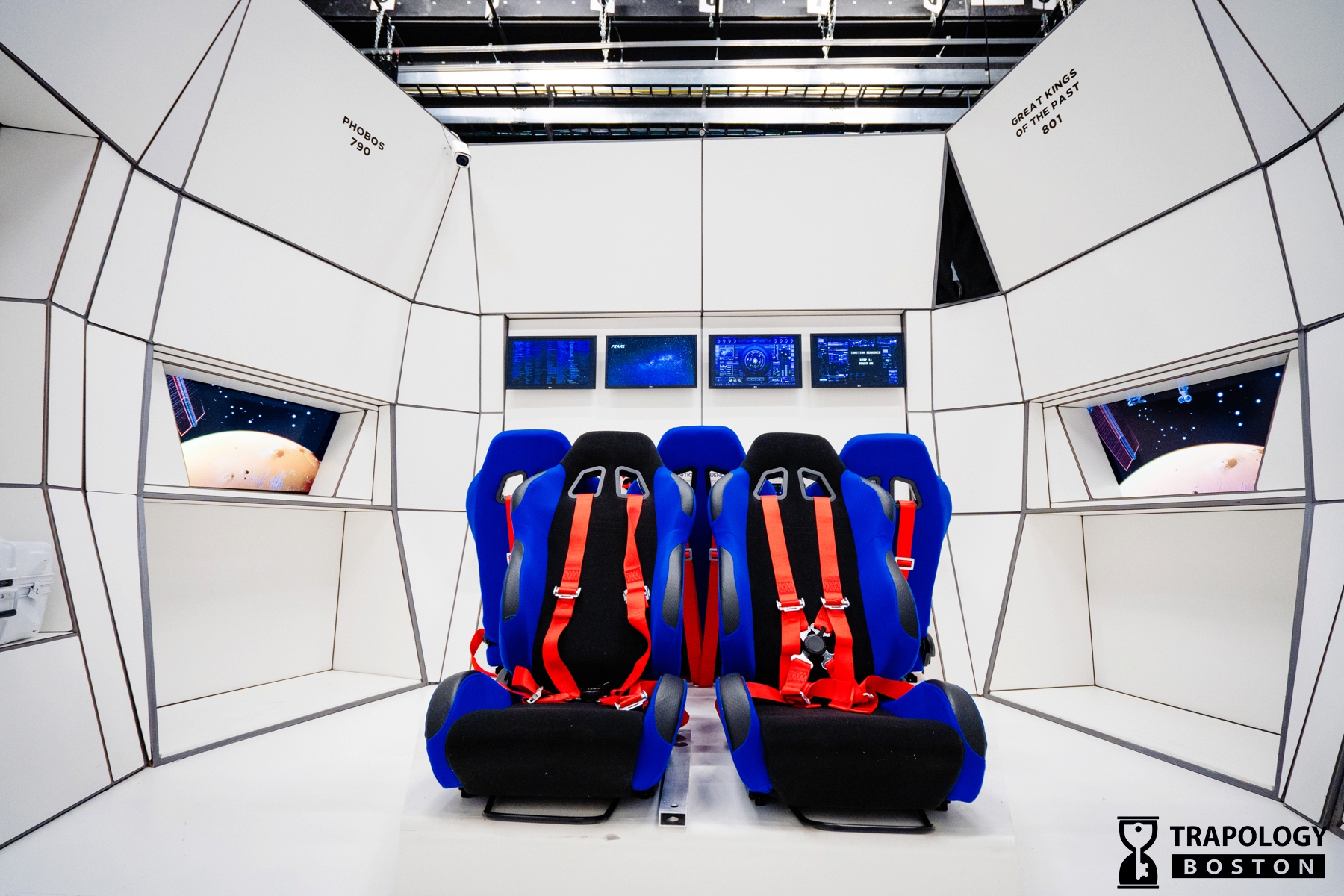