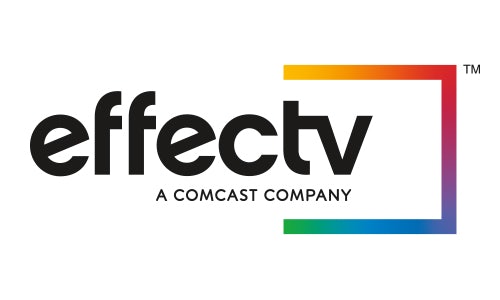 Effectv: Making a B2B Impact in a Heated Political Year

2020 is a pivotal year. Arguably the most talked about and closely watched election in U.S. history will take place in November. Regardless of political affiliation, there is much on the line. And with candidates at every level – from the President to local government – campaigning to win this high-stakes challenge, it is integral they reach and connect with American citizens, voters who are perhaps feeling more empowered than ever.

As a leader in TV advertising, Effectv (formerly Comcast Spotlight) combines the targeting and measurement of digital with the reach and impact of television to reach audiences across every screen. The company utilizes viewership data along with third-party data to help advertisers, marketers, and other B2B entities reach audiences based on demographics like party affiliation, voting propensity, demographics and lifestyles. In short, Effectv is a valuable advertising partner for any candidate.

To ramp up for election year, Effectv began promotional efforts to political candidates and agencies in 2019. The company’s goal was to position itself and television as a key advantage advertisers have when it comes to politics.

Effectv built a robust plan to take advantage of the strong political year, reaching political players at various touchpoints and across a variety of media. Through each of these, key data was always highlighted in order to show the fact that TV advertising works. For example, among the 414 federal candidates who ran TV ads with Effectv, 66% won their primary elections. This was more than 2.5 times higher than the 25% primary win rate for candidates who didn’t advertise with Effectv.

First, a political e-book was created to give political advertisers a resource that could inform their advertising plans. Titled, “Lessons Learned: Winning TV Strategies for Elections. Valuable Insights from the 2018 Election Cycle,” the guide highlights stats, data points, and strategies derived from the 2018 midterm elections.  This e-book was promoted widely across Effectv’s social channels, with specially designed creative that illustrated key facts and enticed users to download the guide from Effectv’s website. For example, unique graphics were created for Instagram Stories in a way that brought the guide to life with animations and video.

For those who did not attend the event, Effectv’s social media channels provided an inside look at the day’s learnings. A video featuring Chuck Todd, Charlie Cook, and others was created and posted on the brand's YouTube channel and other social platforms. On Twitter, the company live-tweeted throughout the day to illustrate Effectv’s level of expertise in the field, drive awareness of the e-book, showcase Effectv’s commitment to clients and position in the industry by securing well-known speakers, and promote exclusivity for future events. On LinkedIn, the event was promoted starting the morning of, directing followers to Effectv’s Twitter, and posting an end-of-day “thank you” message that tagged companies and presenters. A similar strategy was executed on Facebook, along with a photo album of snapshots from the day. Lastly, on Instagram, Instagram Stories were posted throughout the course of the event as well as a post-event recap.

For the thousands of clients, potential advertisers, partners, and industry professionals who follow Effectv across its various social platforms, there was no doubt: Effectv is an expert in the political field and a truly impactful way to reach voters.

All of Effectv’s political initiatives proved to be major successes, with social media playing a vital role in their promotion. There were nearly 4,000 visits to the political e-book landing page, signaling how important it is for advertisers to have one comprehensive, fact-based guide to drive decision making.

The political summit garnered a great deal of press and social engagement. Specifically, on Twitter, Effectv was either mentioned or retweeted by major Twitter accounts, such as: Meet the Press (618,000 followers), NBC News PR (44,300 followers), Ampersand (5,000 followers), and Cox Media (1,700 followers). Additional metrics include:

Social platforms prove to be an important channel, as it offers accessibility and insights that drives B2B engagement, and Effectv used its social platforms in an intelligent way that delivered results.

Video for Effectv: Making a B2B Impact in a Heated Political Year 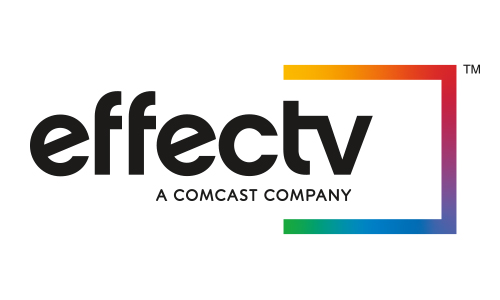 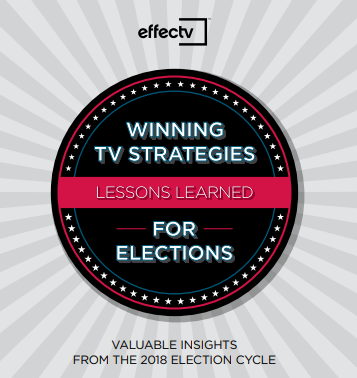 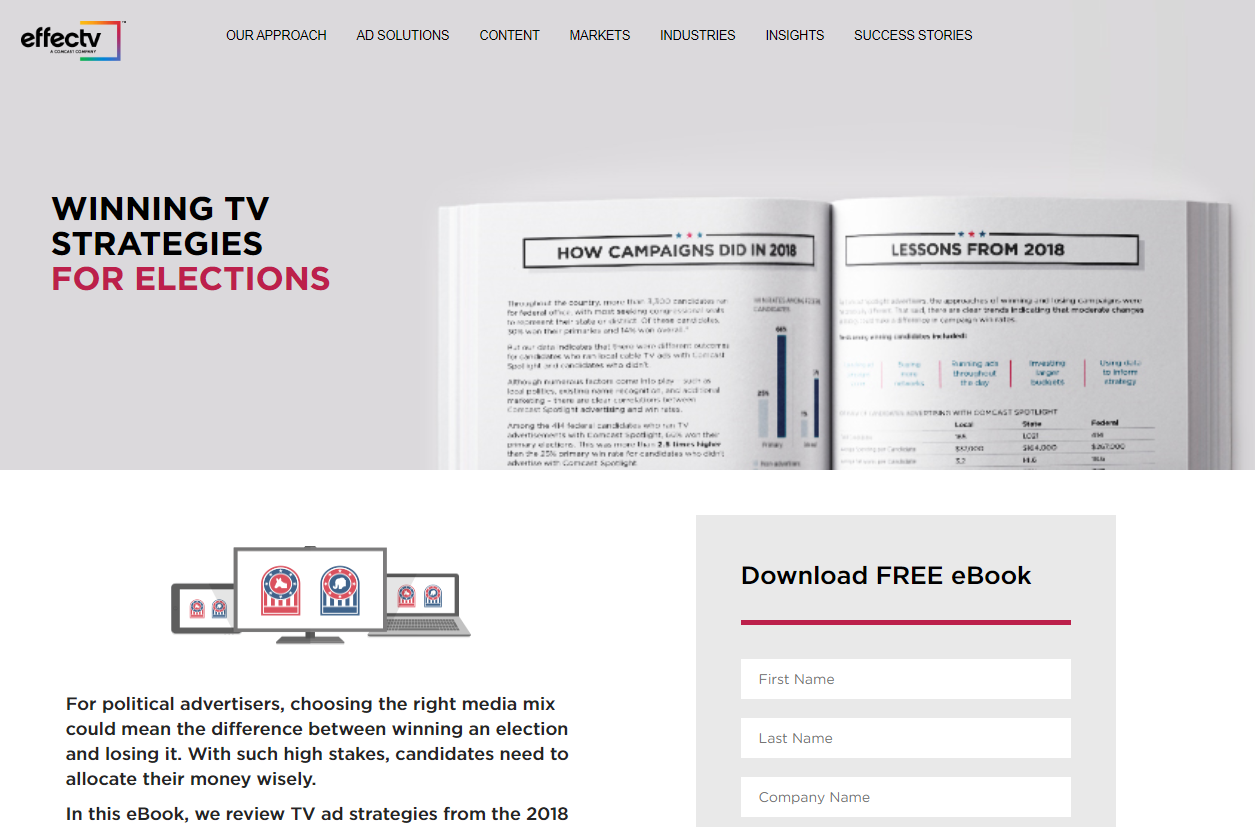 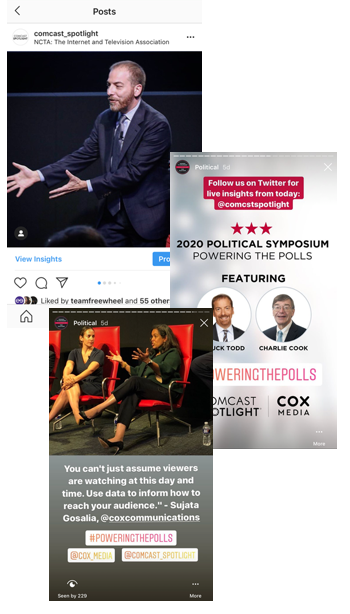 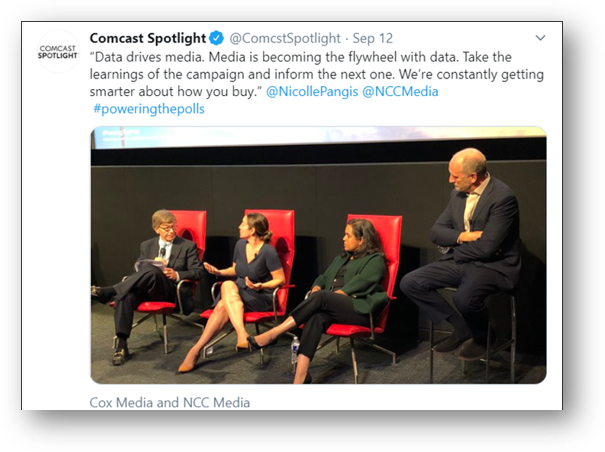 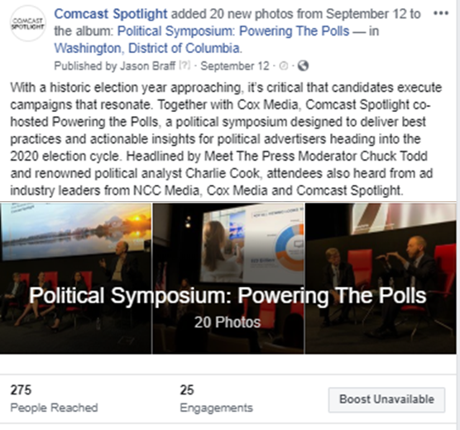