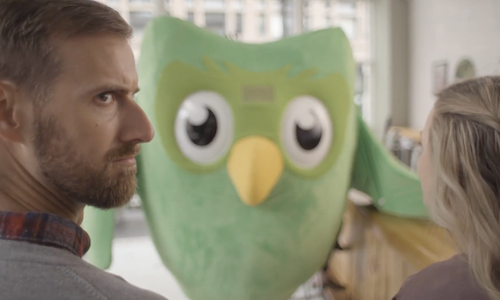 Each year, Duolingo has marked April Fools’ Day with pranks ranging from a line of craft beers that will get you fluent in a new language to the world’s first-ever Emoji course. While a few of our past campaigns have been successful, only in 2019 did our prank make a huge, viral splash.

Our 2019 campaign, called Duolingo Push, was inspired by the daily notifications that Duolingo sends users to remind them to practice the language they’re learning. User reactions vary from being irritated to feeling threatened to suffering from guilt for disappointing Duo, our green mascot owl. As a result, users have popularized the notifications and Duo in various memes, like the ones listed here.

Inspired by these memes and the online conversation around Duolingo’s famously persistent practice reminders to users, on April 1, 2019, we “launched” in-person practice reminders from Duo himself – the idea being to give learners that extra push they needed to take their language learning seriously.

To bring this campaign to life, we developed two main components:

1) A dedicated landing page to introduce the concept and show a couple of spoof testimonials; and

2) A two-minute video showcasing Duolingo Push as our latest premium feature that sends in-person notifications from Duo the Owl himself reminding learners to do their lessons.

To drum up buzz for our prank in the lead-up to April Fools’, we shared a “teaser post” on our Twitter, Instagram, and Facebook channels the week before our campaign went live on April 1. The purposely cryptic teaser post simply featured an ominous image of Duo standing in a dark doorway with the text, “Coming soon” (Twitter post). Almost immediately, the teaser post saw a flood of engagement and started to go viral, with many people responding to each post with new memes featuring Duo and guessing about what was to come. The posts continued to gain traction over the course of the week, and helped to set the stage for the official unveiling of Duolingo Push.

Then, on the evening of March 31, we quietly released the video on Duolingo’s YouTube channel, where it began amassing likes and comments overnight. On the morning of April 1, we went live with our three social posts featuring the Duolingo Push video and landing page on our Twitter, Instagram, and Facebook channels.

Not too many brands these days see their April Fools' campaigns gain meaningful traction, but our Duolingo Push campaign achieved viral success thanks to a bold strategy: poking fun at ourselves and embracing memes.

Once they were published, our Duolingo Push social media posts quickly became the best-performing social posts in Duolingo’s history, totaling more than 7.7 million total impressions and 5.6 million total video views across all channels. Here’s a platform-by-platform breakdown of key metrics for each post:

Our campaign also received more than 600 press mentions across nearly 50 media outlets, including a case study article in Inc. about the prank and what other brands could learn from it. As a result of the wide reach of the campaign, Duolingo's Google Trends score reached an all-time high of 100 the week of April 7, 2019 – the week after the campaign went live. The campaign had a material impact on Duolingo’s business, leading us to reach all-time highs in April 2019 in terms of total users, daily active users, and revenue earned for Duolingo. 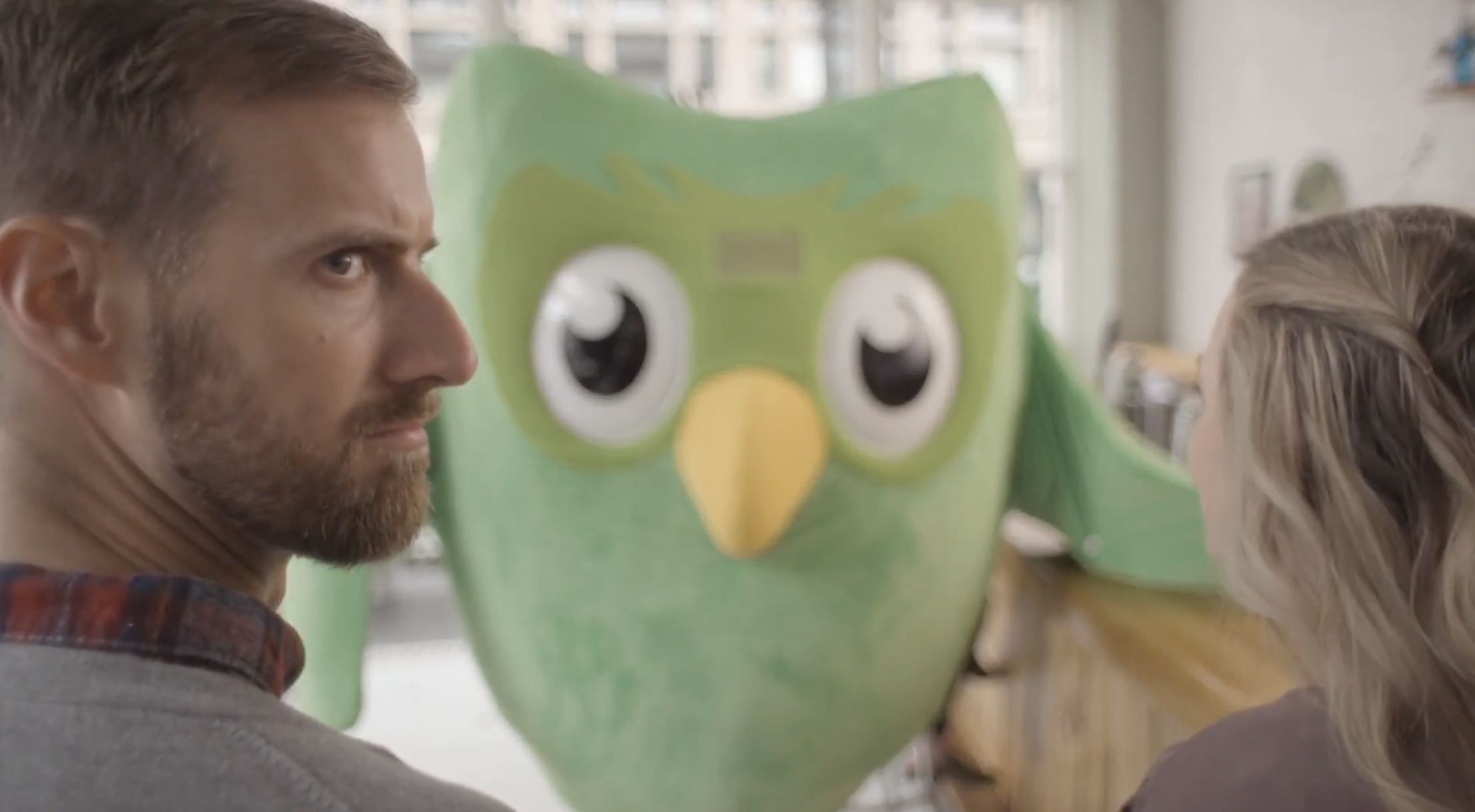 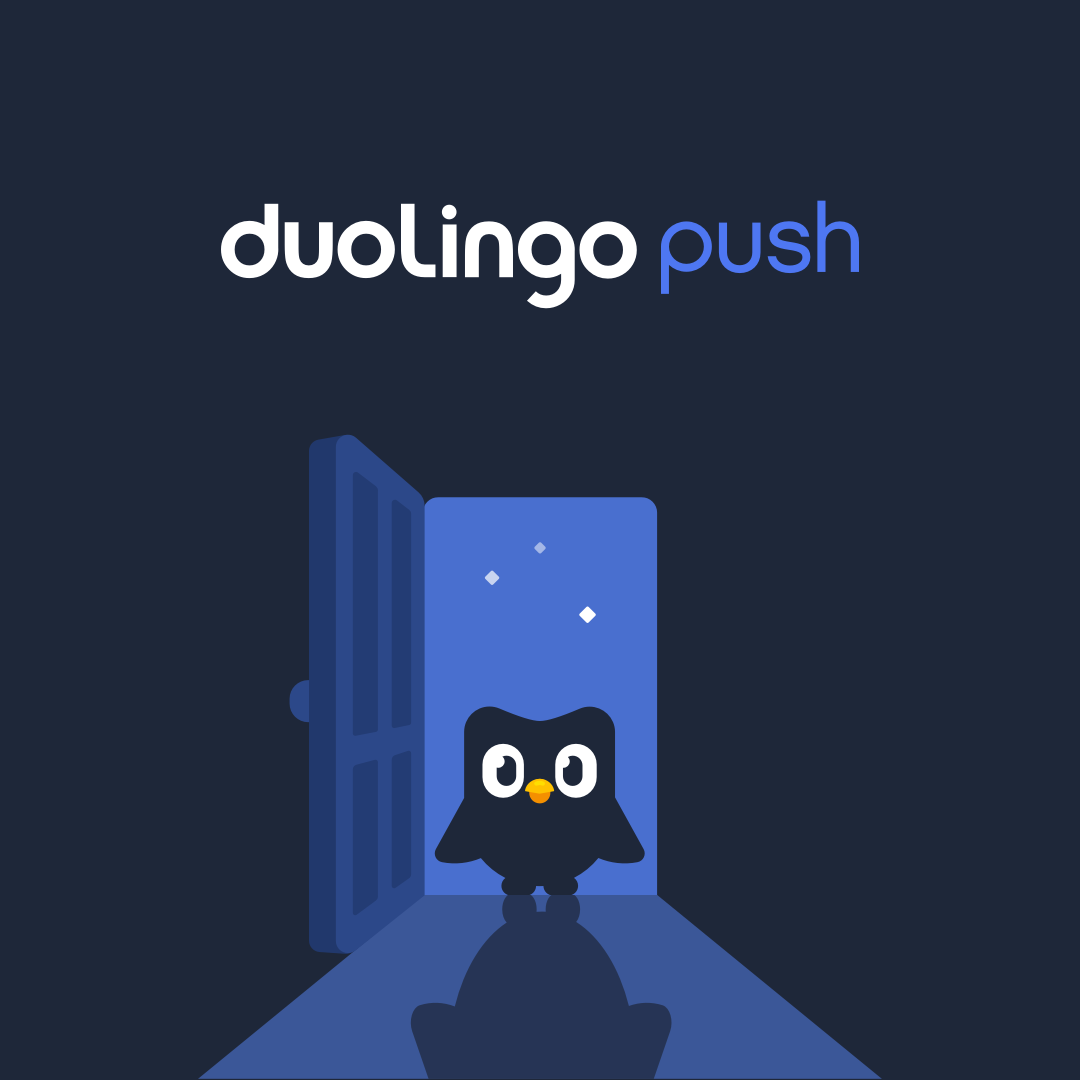