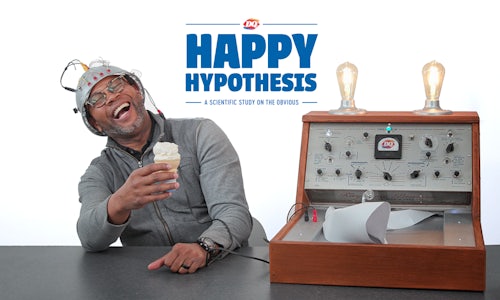 DQ competes in a highly competitive category among titans like McDonalds, Burger King and Wendy’s. And while the big dogs outspend DQ, DQ has something money can’t buy: the hearts of consumers. In a recent Morning Consult survey, DQ was voted the “#22 Most Loved Brand in America,” ahead of Disney and Chick-Fil-A. The DQ brand is built around a simple idea of making people happy, so every year, DQ aims to find more happy moments for fans through food and treat.

That’s why every year, DQ celebrates a “Free Cone Day” promotion. Held in March, Free Cone Day marks the unofficial start to spring and the DQ treat seasonality. And a day that brings happy to the world. But as a brand that stands for happy, it wasn’t enough to just assume that giving people FREE cones could inspire joy. DQ had the objective to actually prove Free Cone Day created happiness.

DQ is a brand known for their world famous soft serve ice cream cones. Every year, they celebrate Free Cone Day, a day dedicated to giving America free cones. It’s one of the happiest days of the year, proven by the smiles on our fans’ faces and social channels.

But in a world obsessed with big data and analytics, anecdotal proof that America loves free soft serve wasn’t enough. So in 2019, DQ decided to scientifically test (and prove) what we already know to be true: that free DQ cones make people happy.

Introducing Happy Hypothesis: A scientific study on the obvious.

A data-fueled social campaign inspiring America to “Join the Study.” And by that, we mean come to Free Cone Day. Instead of just promoting FREE, DQ flipped this promotion into a “nationwide study,” encouraging all fans to “participate” by coming in to get a free cone.

DQ commissioned an extensive research study and data gathering initiative around indisputable questions, including a national survey of 1,000 consumers that showed 92% of Americans said a FREE DQ cone would make them happy.

With the Hypothesis proven and promoted, this became the most successful and happiest Free Cone Day on record. 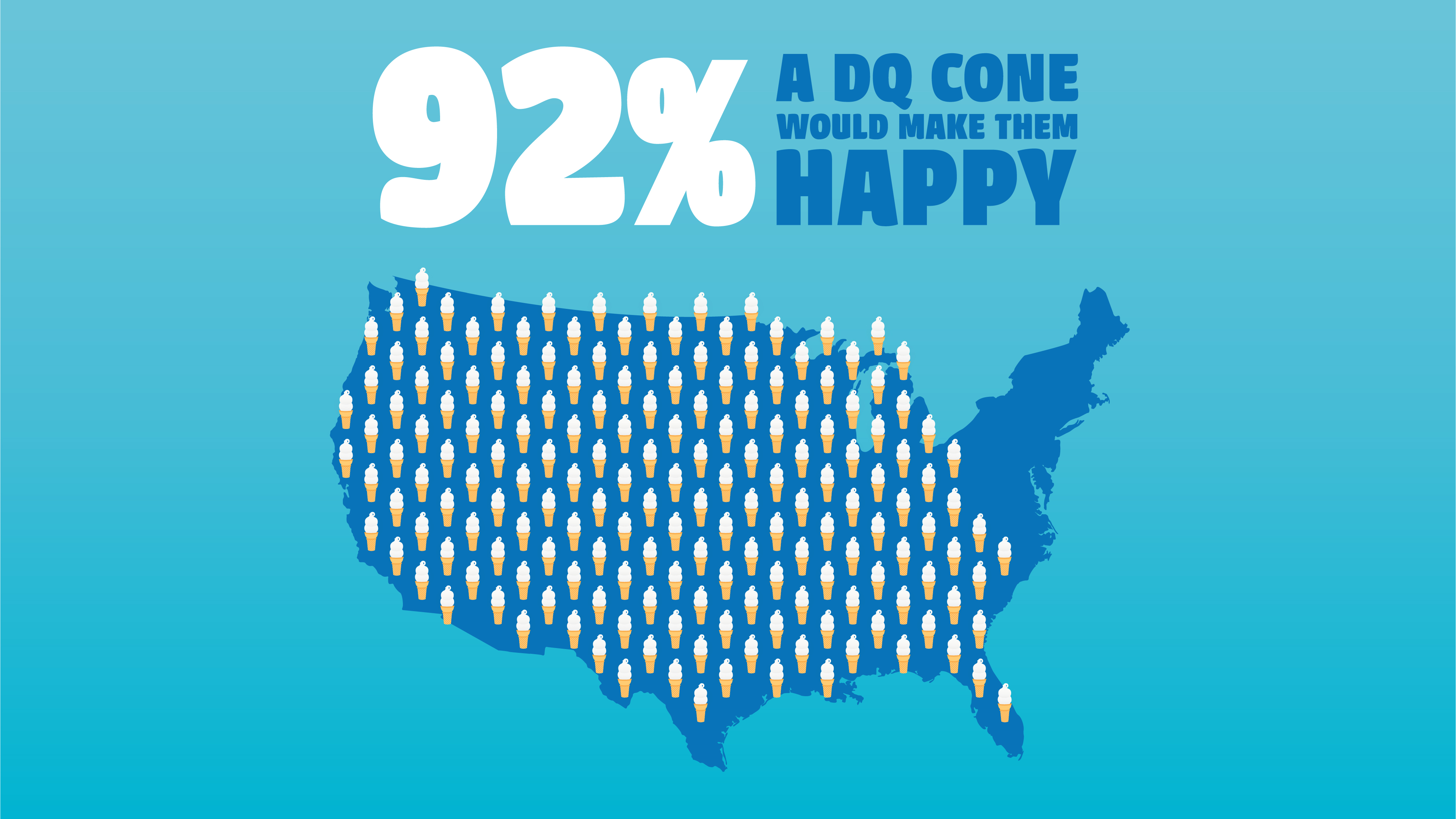 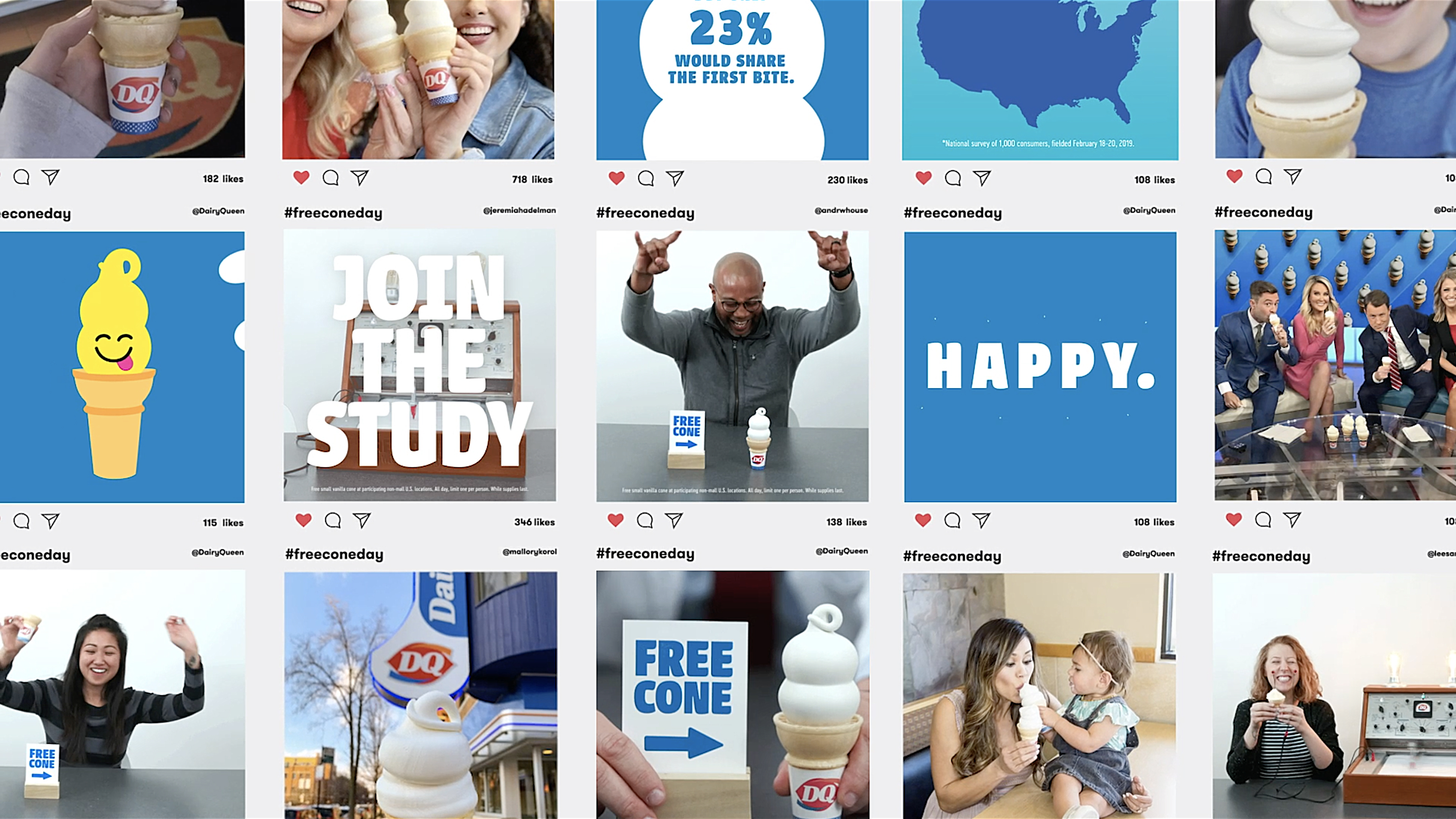 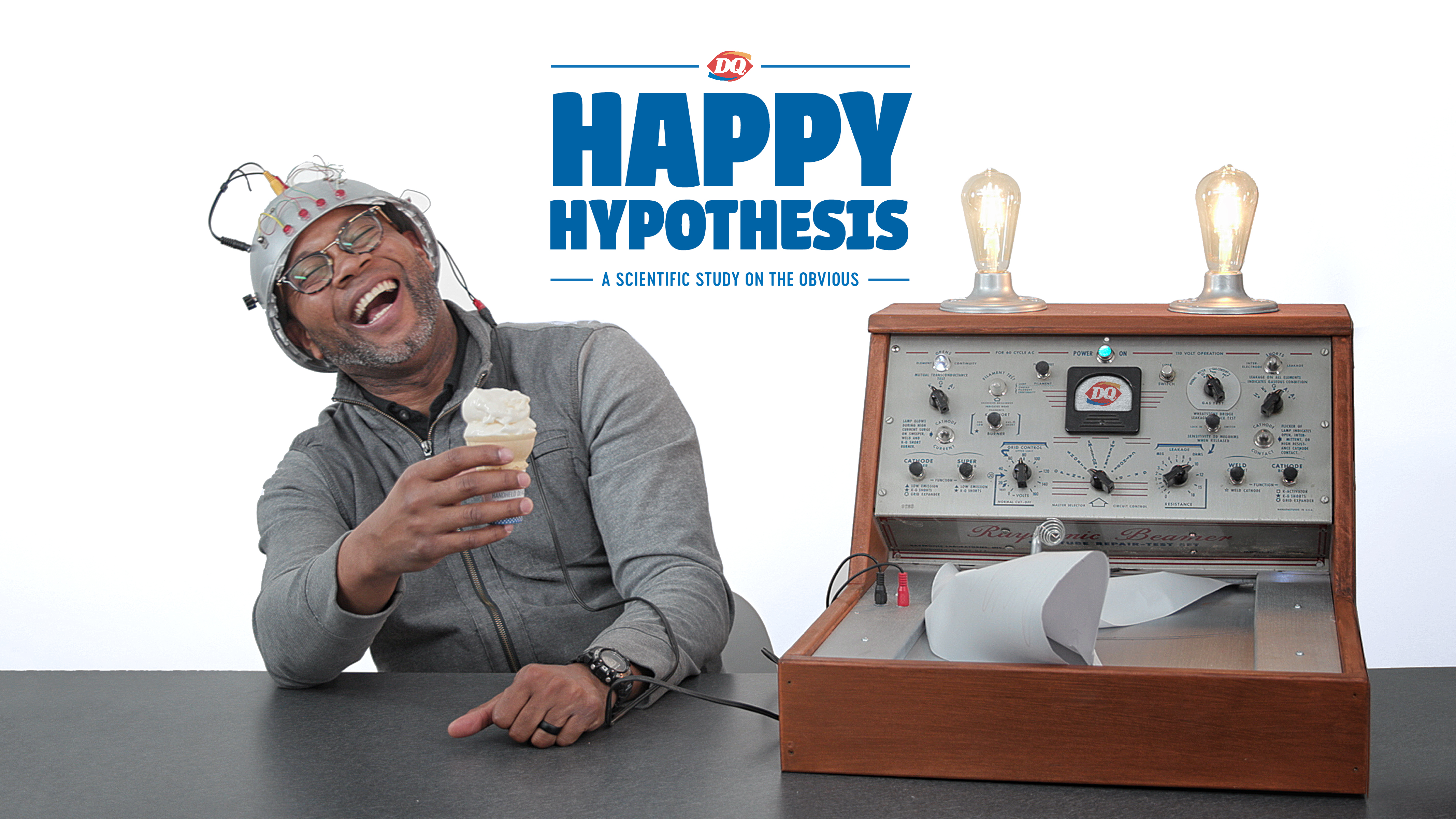 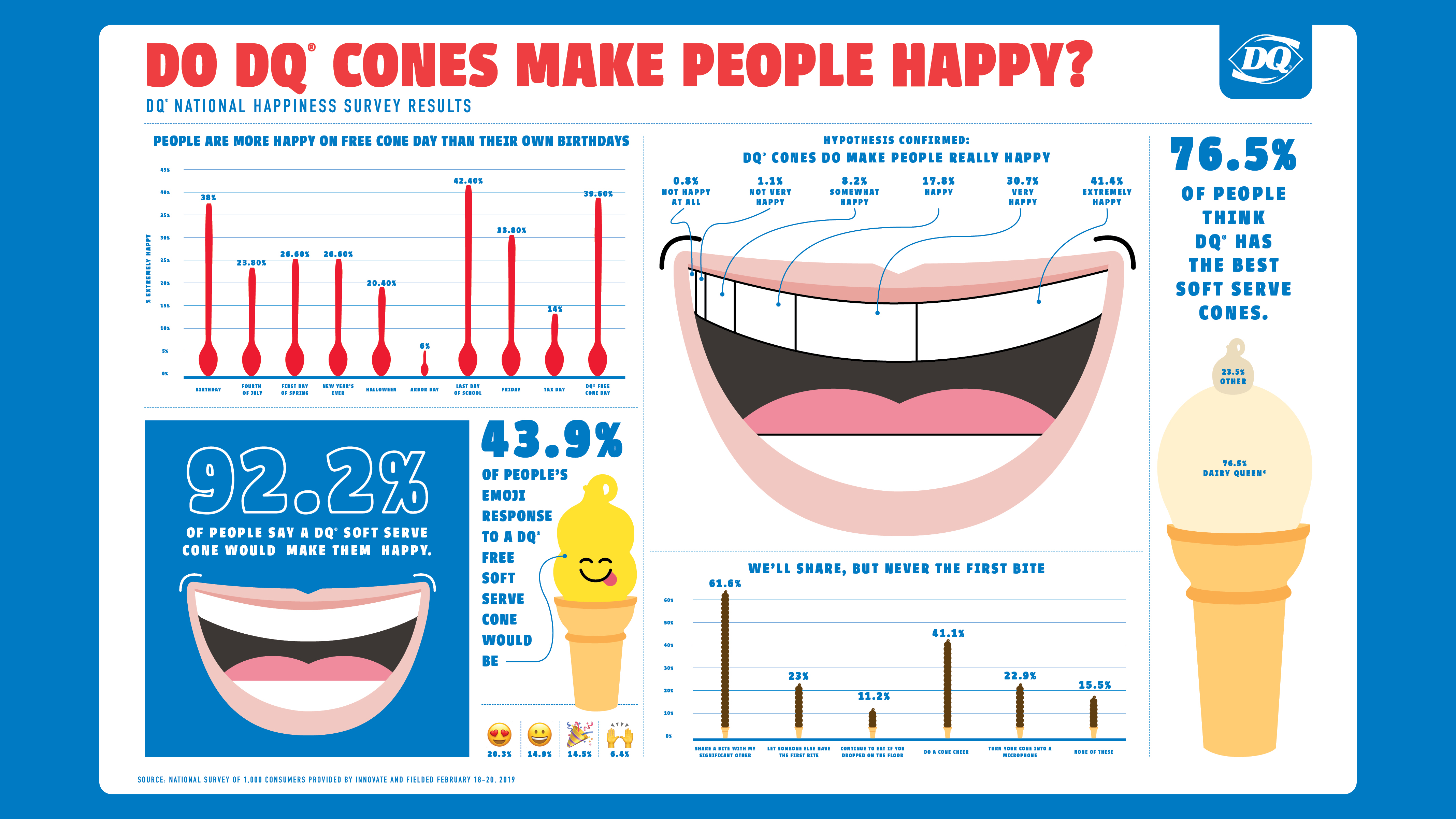 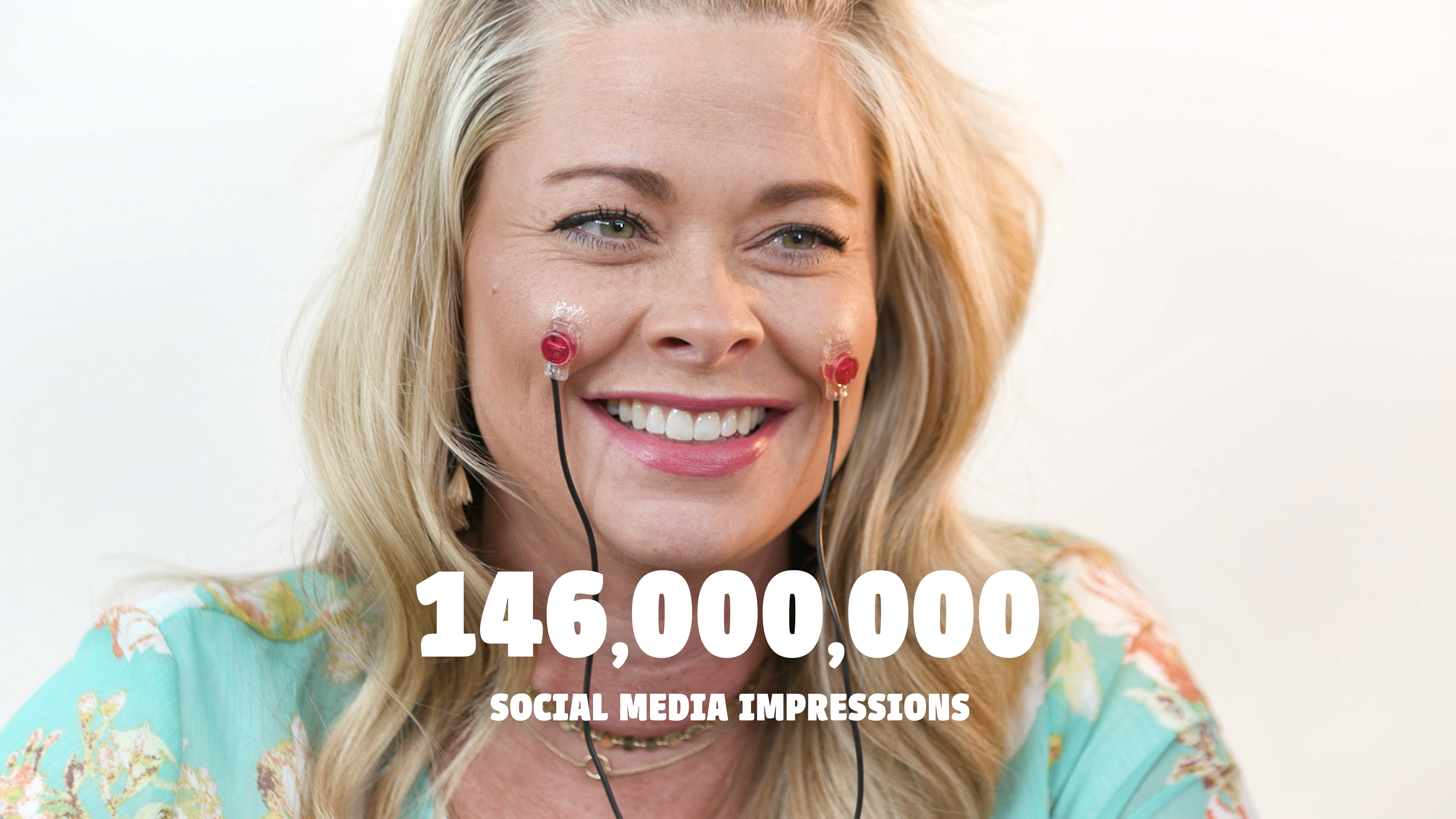