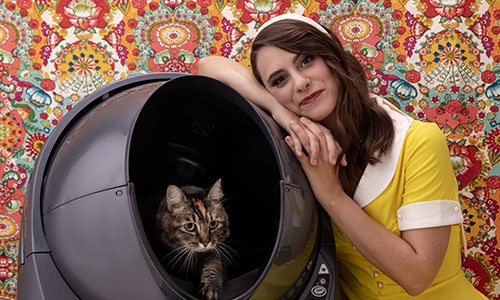 Don’t Be a Scooper

We wanted to humanize the litter box experience for cat parents by humorously demonstrating the downsides of using a traditional litter box as compared to the benefits of using the self-cleaning Litter-Robot. As traditional litter boxes require cat parents to scoop the waste, cats are usually forced to step on poop to go poop. They then track residue left on their paws across kitchen counters, beds, couches and more. We set out to capture how gross that is for both cats and humans, and made it relatable to reach as many eyeballs as possible to introduce Litter-Robot as the solution.

We knew we had to create something memorable to attract the kind of attention we were looking for. The best way to do that, we thought, was through video and humor.

We assembled a team of creative minds, including AutoPets’ Creative Director Sonny Boyce and Marketing Director David Saterstad, as well as award-winning writer and director Motke Dapp, for a two-day retreat to come up with a concept. We went around the table reading script ideas until we got to Sonny, who from his first line had us falling out of our chairs with laughter. That opening – “Do you smell that? That’s cat shit.” – was so good it survived rounds of editing as we quickly refined Sonny’s draft.

Casting the main actor in the video proved to be the real challenge. We went through several rounds of auditions, and just weren’t finding the “it” factor we were looking for. Finally, we saw Callie Bussell’s audition video. She filmed herself with her cat, which caught our attention and made her stand out from everyone. For the first time, we could visualize someone delivering the lines. She was hired.

From there, Motke directed the video, taking care with every detail, from the 60s style retro outfit Callie wore to the colorization of the entire spot, to create something unique and eye-catching.

The video and commercials launched the third week of November, right before the holiday season. We increased our TV budget by 40% for the launch and changed all our media to this piece. Online, we increased our media spend by 60% to promote the video across Facebook and YouTube.

Across all platforms, the video has been viewed more than 7 million times so far. TVision’s H2 2019 TV Performance Report ranked “Don’t Be a Scooper” as the top performer for generating overall ad attention and second for ad visibility. It’s garnered hundreds of comments about how hilarious and relatable it is, but more importantly, holiday sales of the Litter-Robot exceeded forecasts by more than a million dollars, showing that the messaging landed as well as the humor. Perhaps best of all, we’ve saved thousands of cats and cat parents from the icky reality that comes with traditional litter boxes.

Video for Don’t Be a Scooper 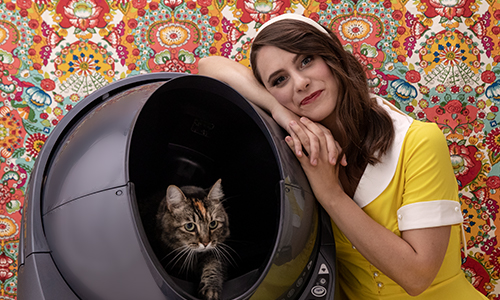