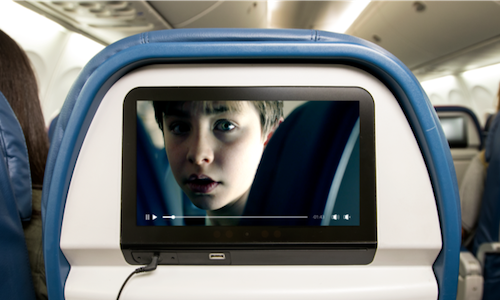 Human trafficking is one of the fastest-growing crimes in the world, with an estimated 25 million victims. Airline passengers are in close contact with victims daily but are unaware because they are uneducated on the issue and don’t know what signs to look for. With Delta being a leader in the fight against human trafficking, and as a portion of Delta’s larger anti-human trafficking campaign, continuing nine years now, they tasked us to further help raise awareness amongst consumers of this ubiquitous and unseen crime. The goal of the campaign was to educate travelers on how to spot the signs of human trafficking and what action to take when they see something suspicious.

Human trafficking is believed to be the third-largest criminal activity in the world, and it affects millions of people all over the globe. Although everybody “wants to help,” it’s hard to understand how a single person can actually make a difference when facing issues this large. To truly connect with a consumer audience and convey a message that motivates action, we would first need to scale that very large number down to a 1-to-1 level.

In an effort to create empathy, our concept was “Face the Truth,” which put travelers face to face with a human trafficking victim. As a part of Delta’s much larger anti-human trafficking campaign, we knew for this portion of the campaign to be successful, it needed to have as much visibility within the airport and in-flight as possible. With Atlanta being home to the busiest airport in the world, we were off to a great start, but we knew we needed more. “Face the Truth” launched on January 11, Human Trafficking Awareness Day, to capitalize on conversation on the day. With Atlanta hosting the biggest event in American football that year, we had the unique opportunity to maximize the impact of the campaign to the 1MM travelers coming to the city for the big game.

The core element of “Face the Truth” was a two-minute spot that was specifically concepted to run on in-flight screens. It was shot from the POV of a passenger so that while watching on a plane, you feel as if you’re being whispered to by a frightened young human trafficking victim sneaking moments between the seats in front of you, telling you their story and asking you specifically for help. In addition to the in-flight video, “Face the Truth” was launched across print advertisements in Delta Sky magazine, 30 in-airport displays and signage as well as on social.

Our main focus was on awareness metrics, which gave us incredibly effective results. 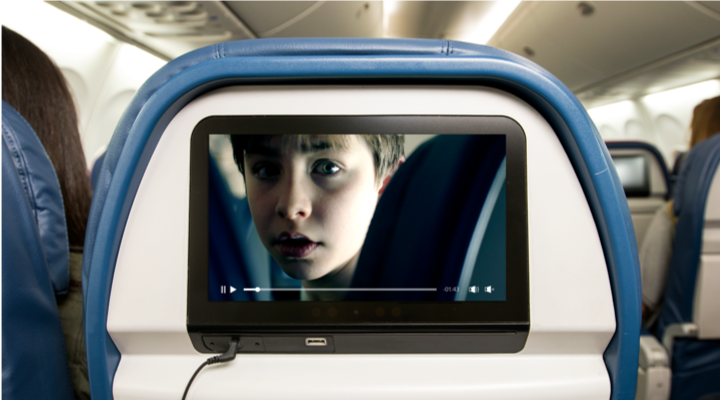 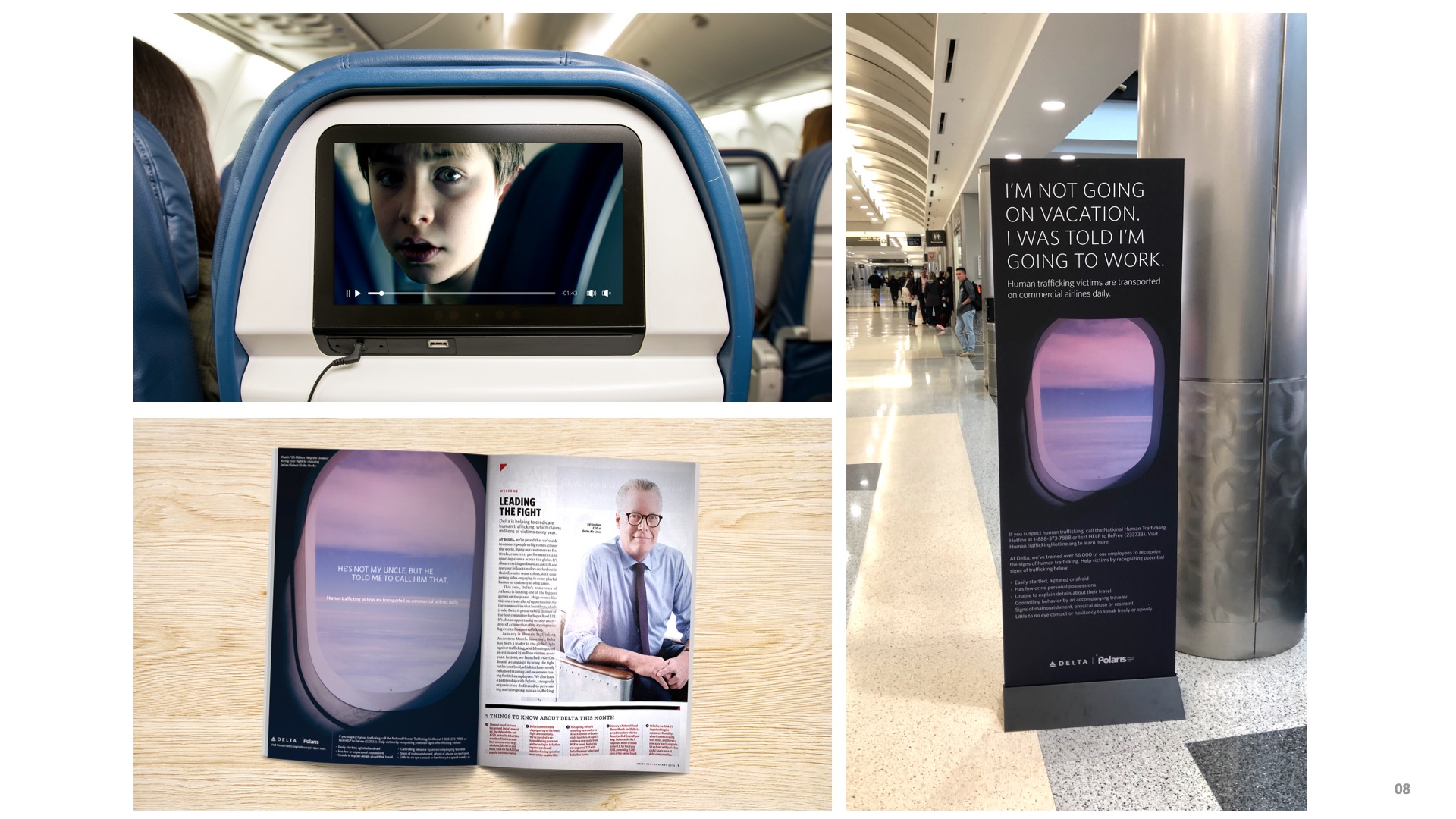 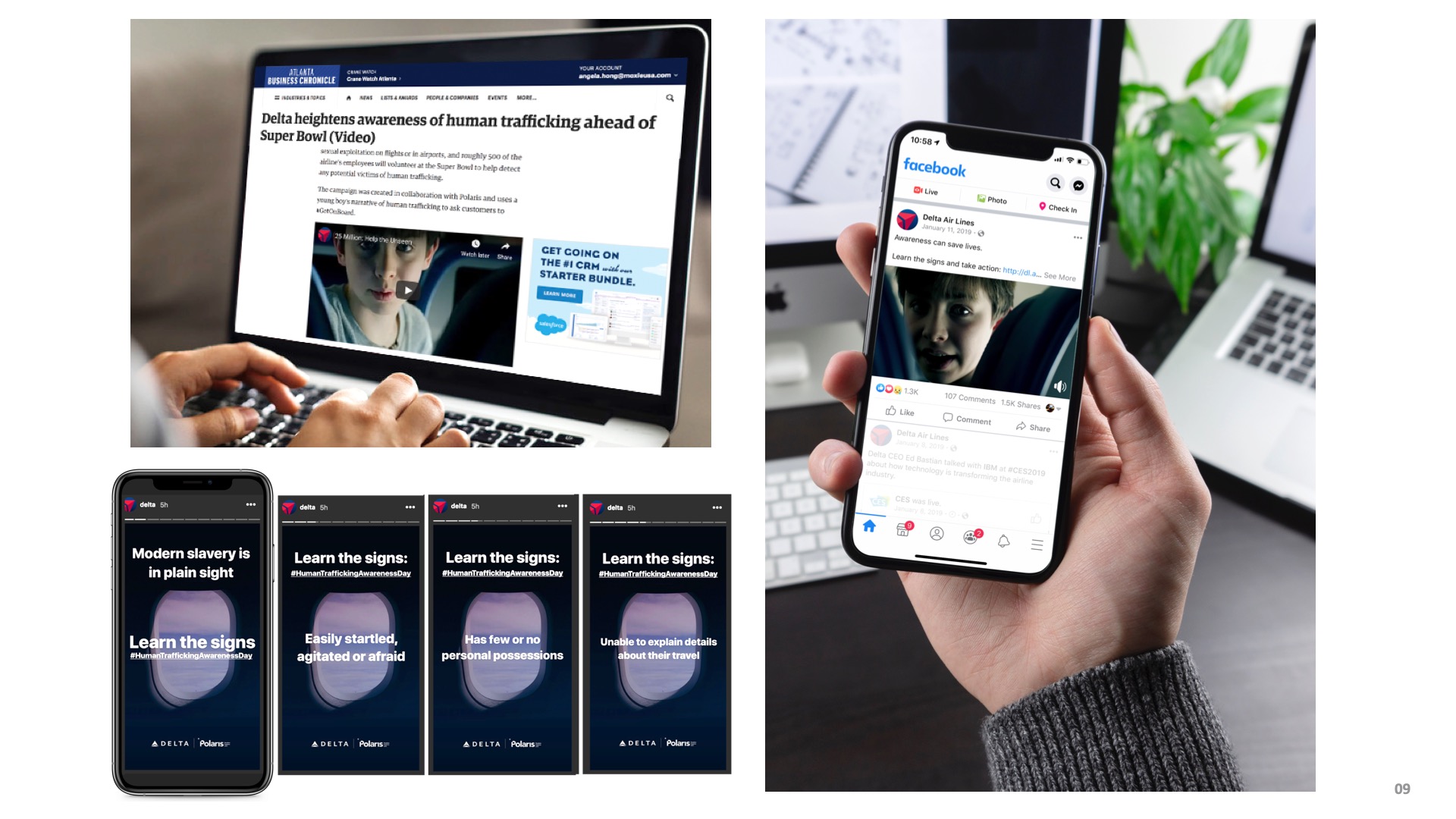