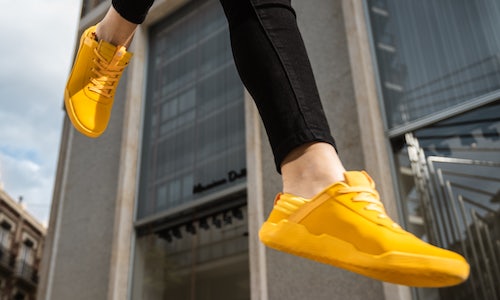 Cat Footwear, producer of rugged casual shoes and boots, came to Lola Red to drive awareness for the launch of new lifestyle shoe line, CODE, specifically among Cat Footwear’s target audience. Cat Footwear created the CODE collection, which combines the casual feel of a weekend sneaker with an intelligent, grown-up look, to champion the progress of those paving their own path and encourage their customers to keep going. The target audience was identified as an ‘Enthusiastic Doer’: a hustler keeping up with the evolution of modern work. Millennials are participating in the gig economy and 9-to-5 workers are striving toward a more fluid work-life balance by scheduling flexible work hours. CODE Collection’s monochrome, minimalist aesthetic hits on trend-right styles that appeal to the Enthusiastic Doer’s sense of style.

In an effort to make CODE the go-to shoe for Enthusiastic Doers, Lola Red outlined an integrated plan with the overall goal of driving users to the e-commerce landing page. Lola Red set plans to measure this campaign based on the objectives outlined below:

In order to drive awareness for the launch, Lola Red spearheaded a social media contest centered around championing hustlers and their innovative ideas. The contest utilized influencer partners to drive engagement and awareness to show how CODE and Cat Footwear help hustlers embrace modern work through the ‘Create Your Own CODE’ contest--which awarded one winner $5,000 toward getting started on a dream project or side hustle. Lola Red identified influencers to create content telling a personal story of how they jump started their side gig, and how they’ve partnered with Cat Footwear to help their followers start their own. Lola Red encouraged followers to enter the contest via influencer partnerships and content on the Cat Footwear Instagram. In order to drive purchasing demand as well, Lola Red partnered with additional micro/mid-level influencers to promote CODE messaging with CTA to purchase now.

In the days leading up to the CODE launch, Lola Red executed a full CODE-themed takeover on the Cat Footwear Instagram page, with the plan to post custom photography and graphics featuring CODE product throughout the duration of the launch. The content was created to disrupt followers, and was posted at points during the day that data shows are peak times for distraction and phone usage to encourage Enthusiastic Doers to keep going and “own” the distracted points in their day. Historically, the Monday following Holiday weekends are very distracted days, so Lola Red chose to launch the campaign the Monday following the Fourth of July.

Result: Lola Red secured 3 macro influencers to run contest and 5 mid-level influencers to promote CODE, with a combined following of 183.5K and more than 126K engagements through the duration of the campaign. Through influencer campaigns, we saw 121,500 overall impressions and an average engagement rate of 5.4%--which is higher than the industry standard of 1-3%.

Objective 3: Drive purchasing demand on catfootwear.com in order to  generate at least $150K in revenue through integrated marketing efforts.

Result: Lola Red saw a total of 18,838 landing page views from social, influencer + digital tactics, with Instagram accounting for 64% of purchases across campaigns. With $219K in total revenue generated, the average spend per customer on CODE is $11 higher than the overall site average. Additionally, CODE products have been in the top 5 products sold on site since launch, and the CODE Collection has sold the most pairs in the shortest amount of time, ever, on catfootwear.com. 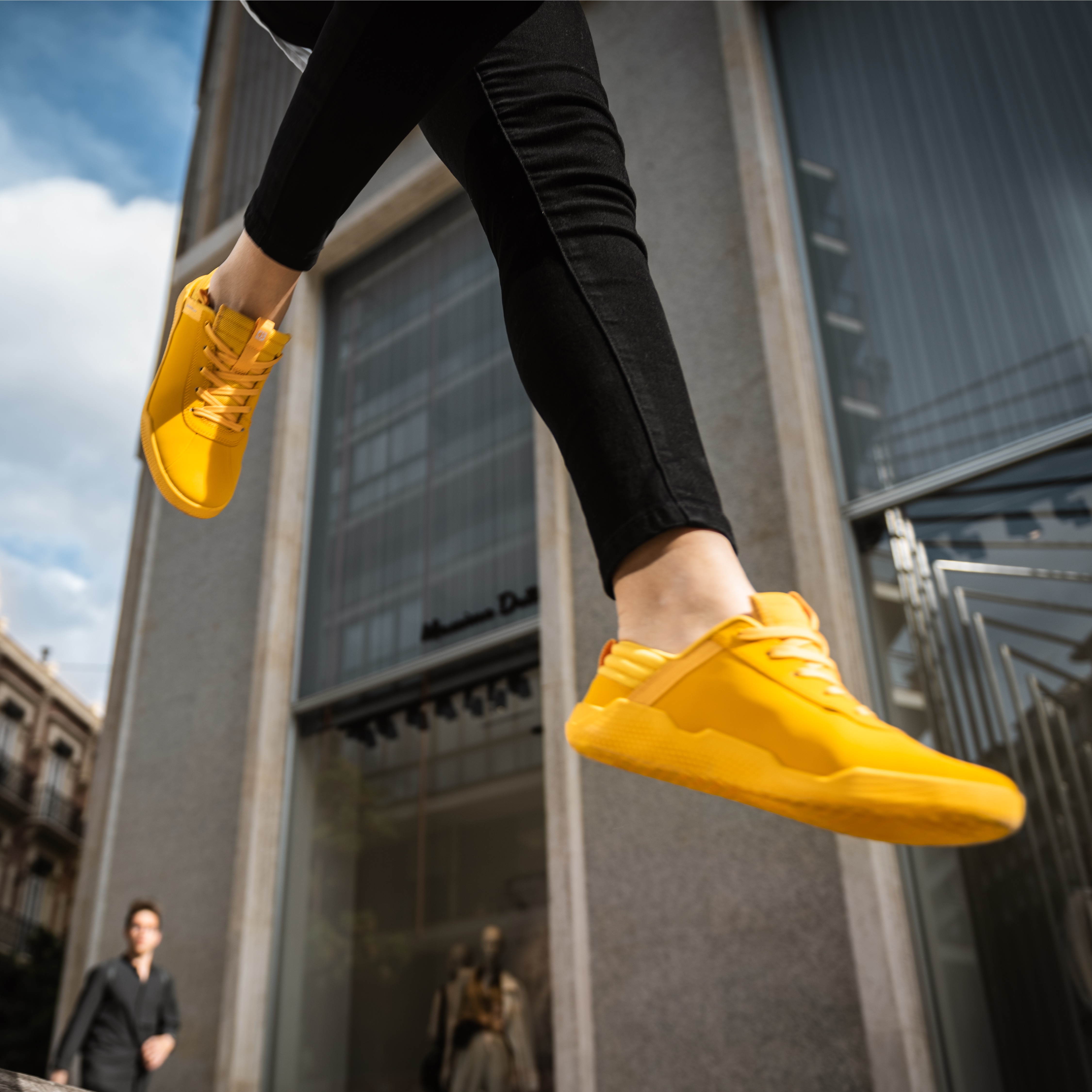 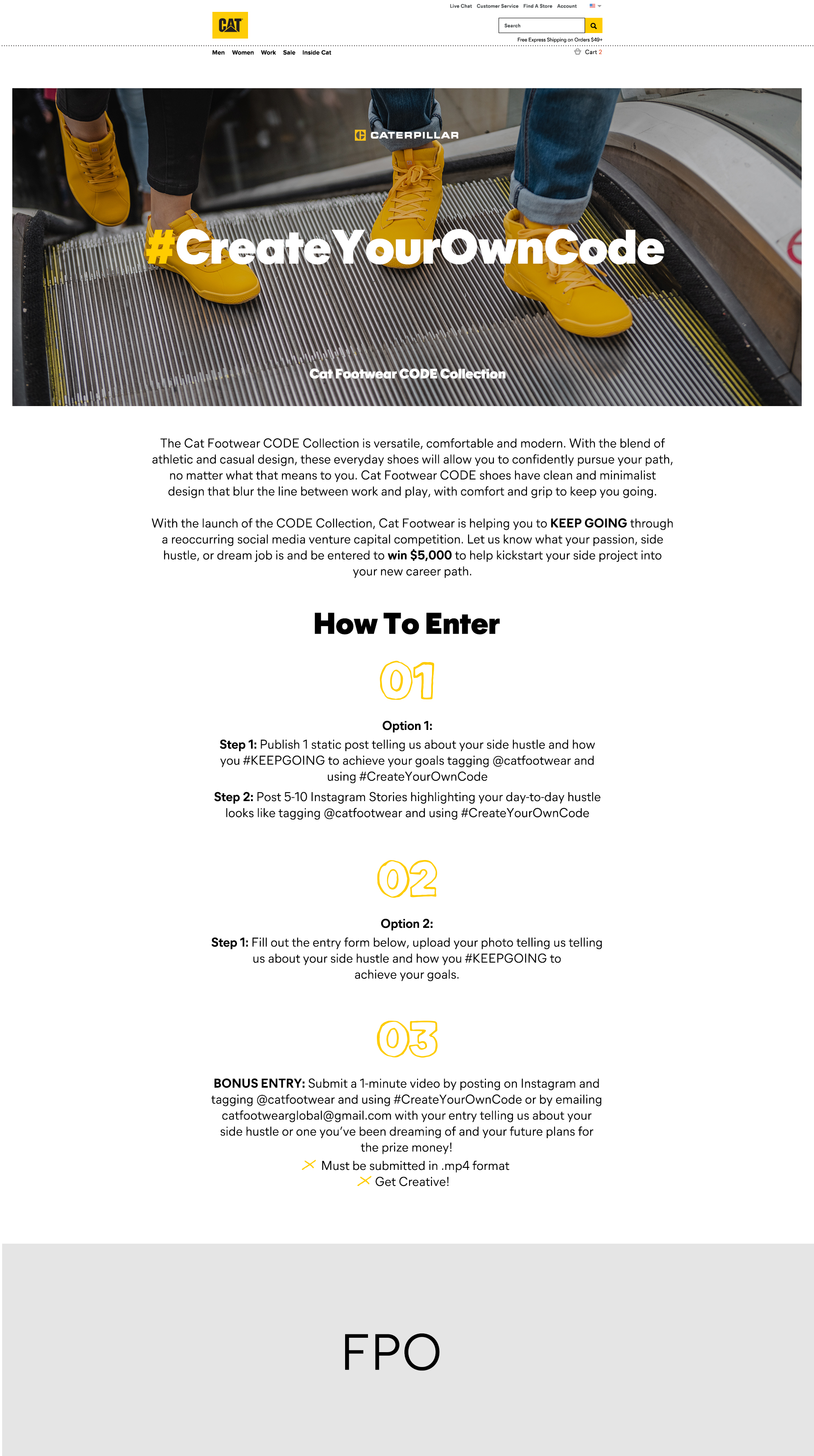