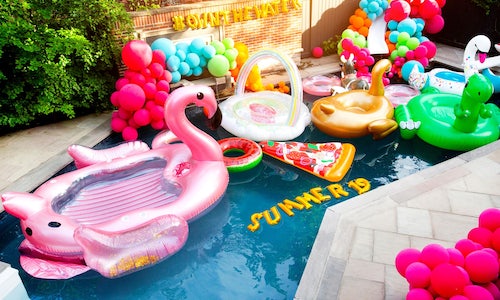 Canadian Tire’s “Own the Water” Campaign

To kick off summer 2019, Canadian Tire launched a social media-led campaign with an integrated approach. The campaign objectives were to build awareness and generate buzz about Canadian Tire’s wide assortment of novelty water inflables (floaties) to ultimately increase sales ahead of the Canada Day long weekend. The campaign timing was scheduled ahead of the Canada Day long weekend’s peak purchasing period to leverage consumer buying trends during the summer months. Millennials were the target audience, since marketing research showed they were the hardest group to reach with traditional marketing materials (Canadian Tire In Guides/flyers) and their knowledge of floaties available at the retailer was low. Canadian Tire wanted to tap into this whitespace so, as a result, the idea of highlighting the wide selection of novelty water inflatables on Instagram was born. The concept was to create a custom ‘Instagrammable’ content studio – named The Float Content Studio - where Canadian Tire’s floaties could take centre stage in a fun and picturesque way ahead of the Canada Day Long Weekend.

To support social media tactics, Canadian Tire conducted a media relations campaign to showcase how the retailer is the one-stop-shop for all novelty water inflatables and how Canadians can #OwnTheWater this summer, both at the pool or on the lake.

First, Canadian Tire created a picturesque Instagrammable Content Studio called ‘The Float Content Studio’ in a luxurious Toronto backyard featuring their wide offerings of novelty water inflatables ahead of the Canada Day long weekend. This experience gave influencers an exclusive opportunity to use the space as a backdrop for their summer-themed content, and also elevated product visibility for optimal shareability. The studio was described to influencers as a “Float-opia”. Influencers were treated to professional hair styling, make-up and one-on-one photography services and over 50 pool and lake inflatables to choose from to create high impact visuals. In exchange, influencers posted their photo with Canadian Tire’s floatie assortment to Instagram leveraging the hashtags #OwnTheWater and #PoolFloat. The Float Content Studio was a cost-effective campaign that ultimately achieved the goal of generating awareness for novelty water inflatables sold at Canadian Tire through thumb-stopping content.

Finally, to sustain content throughout the summer, Canadian Tire conducted ongoing social listening to identify influencers planning a summer getaway. Once identified, high-profile influencers including Roxy Earle and CP24’s Gurdeep Ahluwalia were sent lake-specific floaties to bring along on upcoming cottage adventures. This garnered additional earned coverage and sustained awareness that Canadian Tire is the go-retailer for all novelty water inflatables to #OwnTheWater at the pool or on the lake.

Additionally, the team had a goal of generating a minimum of 20 pieces of earned influencer social content from the Float Content Studio and instead, impressively garnered a total of 82 pieces of earned social content which was generated in two weeks, exceeding the content goal by 310%. The content from the campaign had an average engagement level of 11%. This engagement rate tripled the industry standard (3%) allowing Canadian Tire to see just how well the content resonated with both the influencers and their audiences. Adding to this, 220 users saved Float Studio content for their personal reference, 123k impressions came from the Instagram home page (proving the content was thumb-stopping in a cluttered timeline), 52k+ impressions were earned from the hashtag and over 100 users shared content with other Instagram accounts.

Overall the campaign provided a cost-effective return on investment. The average paid post costs approximately $1,200, whereas the average costs of posts resulting from the Float Content Studio averaged around $700. 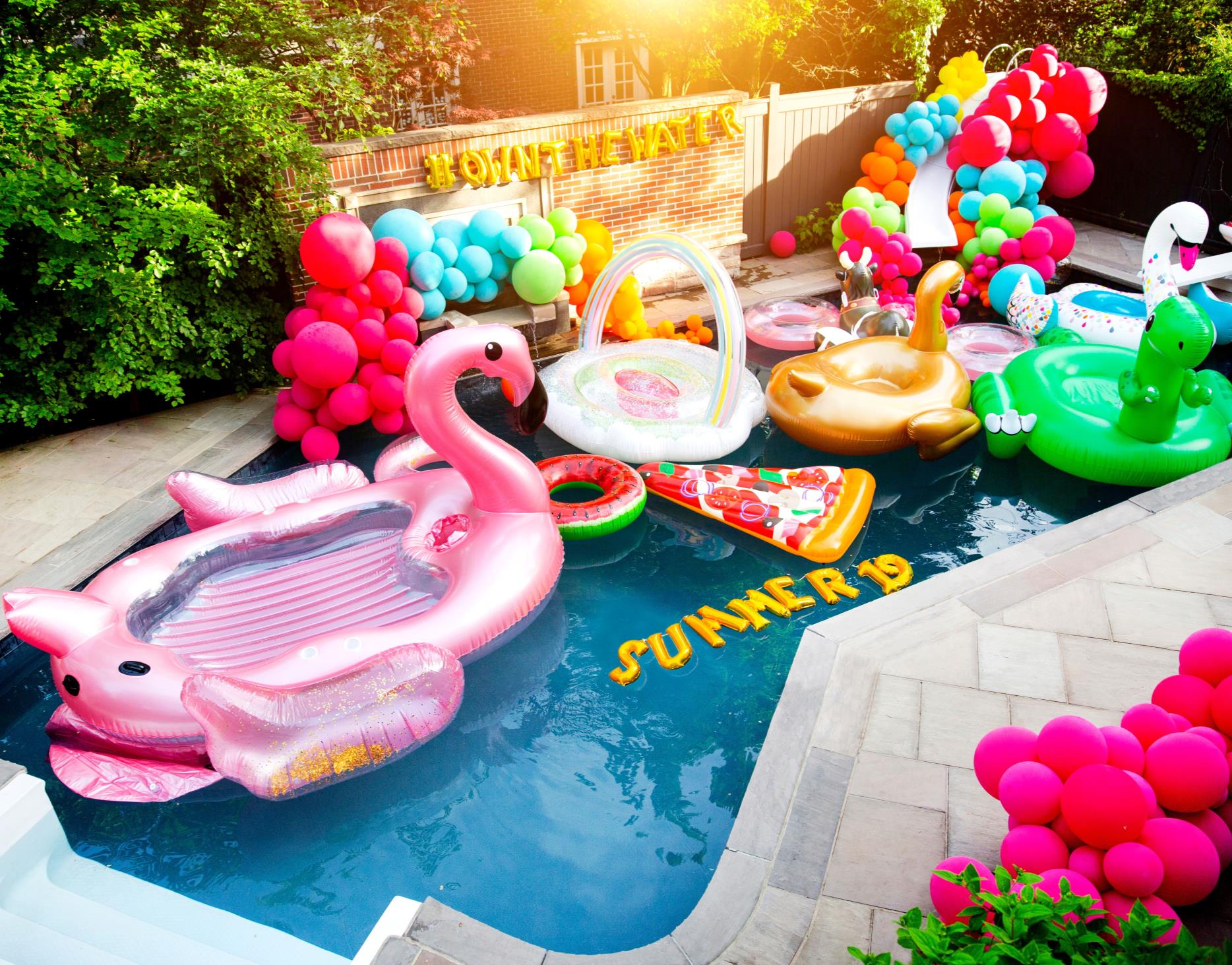 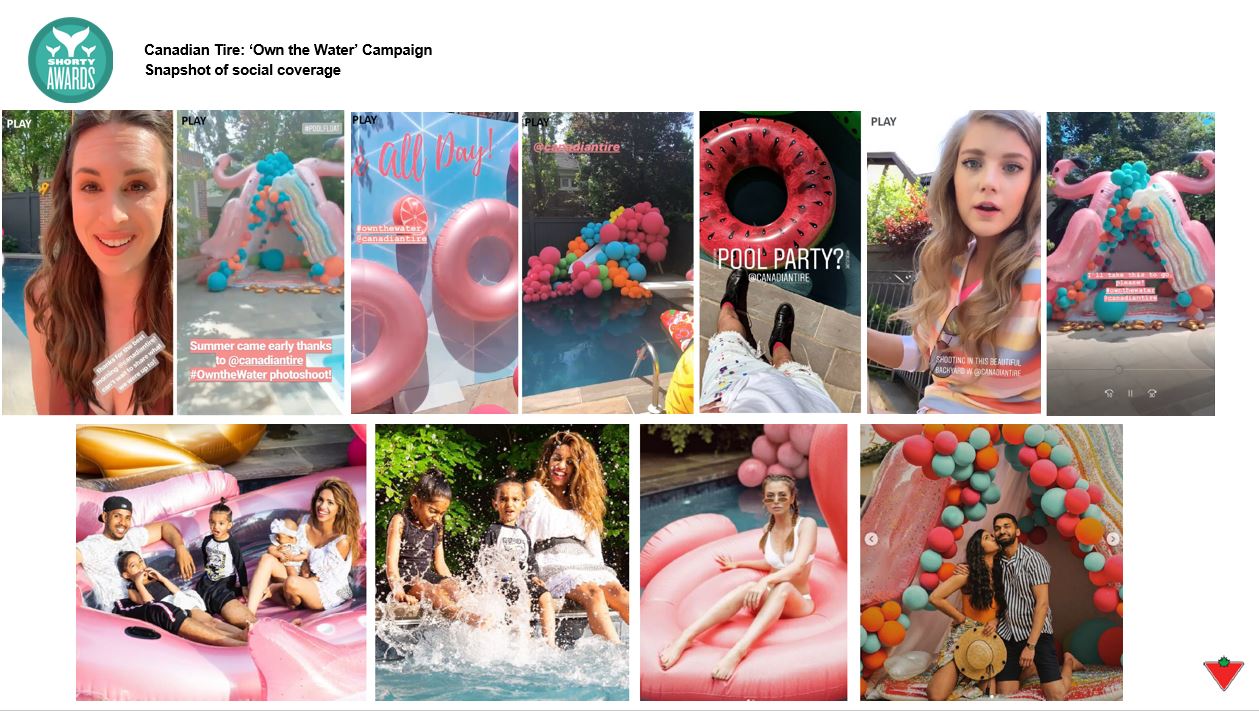 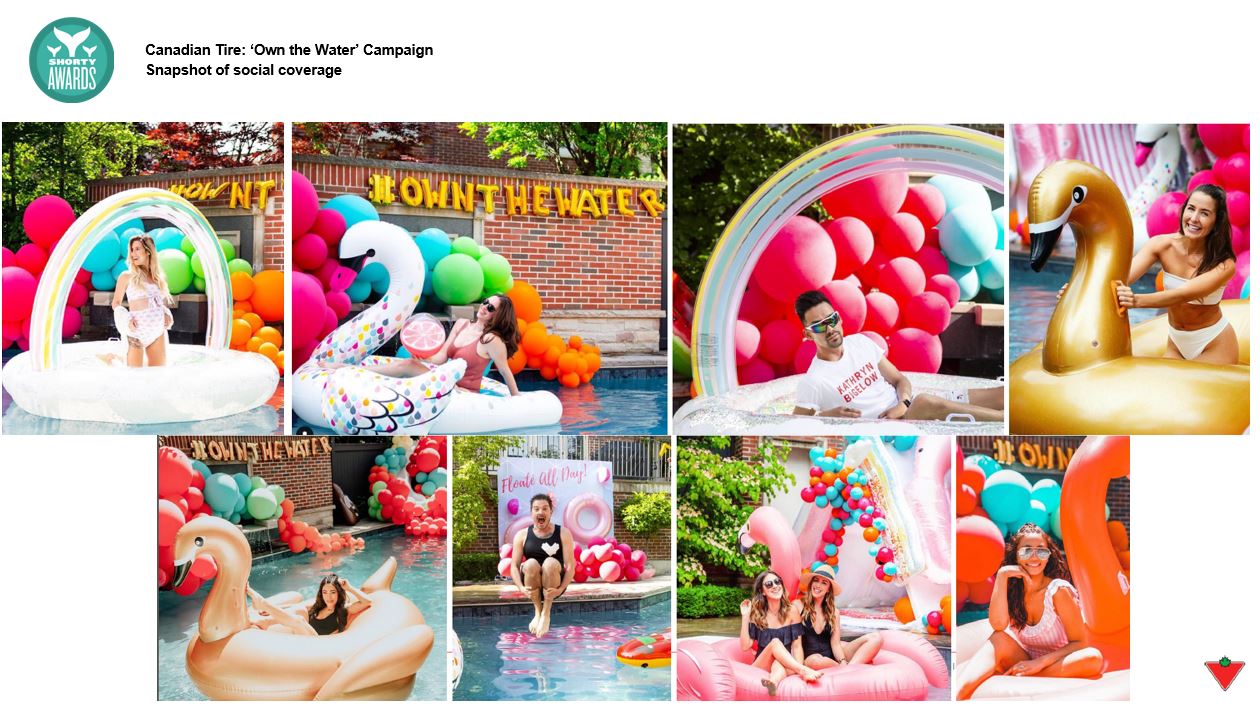