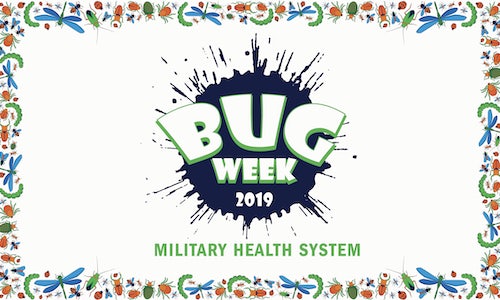 Due to increasing global travel and trade, bug-borne illnesses are transmitted from country to country faster than ever before. From 2004 to 2016, the Centers for Disease Control and Prevention (CDC) reported more than 640,000 bug-borne illness cases in the U.S., with nine newly discovered germs spread by bites from infected bugs. Many of the nation’s 9.5 million beneficiaries – covered by the Defense Department’s TRICARE health insurance – will deploy, move, or travel to areas with high rates of bug-borne illness. Keeping beneficiaries healthy supports the readiness mission of the military. Recognizing a need, Deloitte and Susan Davis International, in support of the Military Health System (MHS) Communications Division, saw an opportunity to educate TRICARE beneficiaries about preventing and treating bug-borne illnesses. With that overarching mission in mind, the campaign aimed to accomplish two goals: (1) raise beneficiary awareness about the role of bugs in their health and safety and (2) build an understanding of, and in some cases an appreciation for, bugs and how they can impact beneficiaries. Goals had specific, measurable, achievable, relevant, and time-bound objectives (e.g., increase social media followers gained during “Bug Week” from the average followers gained per week for the six months before).

We conducted primary and secondary research, looking at where bugs are the most problematic in the United States and overlaid findings with data of where beneficiaries reside and travel. For example, the CDC identified CA, TX, NY, FL, CO, and IL for their high rates of bug-borne illnesses, especially those carried by ticks and mosquitoes. By segmenting beneficiary populations living in these states, we isolated unique characteristics around individual motivation factors and information preferences. We also analyzed beneficiaries’ information consumption habits and gathered feedback on pilot bug-education products. This research guided our selection of 14 military organizations as partners due to their touchpoints and influence with our five audience segments.

All campaign materials aligned to our goal of cultivating an appreciation for non-harmful bugs, using colorful and playful artwork to engage audiences and portray most bugs as fun, not scary. Prior to the campaign, to help amplify our tactics, we empowered our partners with key messages, a campaign lookbook, and branding guidelines to ensure consistency in the campaign. We also created a shareable interactive communications toolkit, where bugs crawled across the pages, which included 21 ready-to-use products including screensavers, infographics, and stickers. Analytics showed the toolkit was accessed 47 times in the days immediately leading up to “Bug Week”. Our products were heavily shared across social media, by 49 influencers, with 3,508,219 combined followers who joined the conversation using #BugWeek2019.

Audiences were more willing to learn about their TRICARE health care benefit through a discussion about bugs rather than on the benefit itself. Our creative communications used bug-borne illnesses to demonstrate when to use urgent or emergency care. “Bug Week” powerfully informed health behaviors and educated audiences about complex subjects in a different, weird, and compelling way which drove engagement and reinforced beneficiary trust. “Bug Week” took place for a week, but it created a lasting connection in the military community and taught millions of TRICARE beneficiaries how to better use their health benefit to stay healthy all year long. 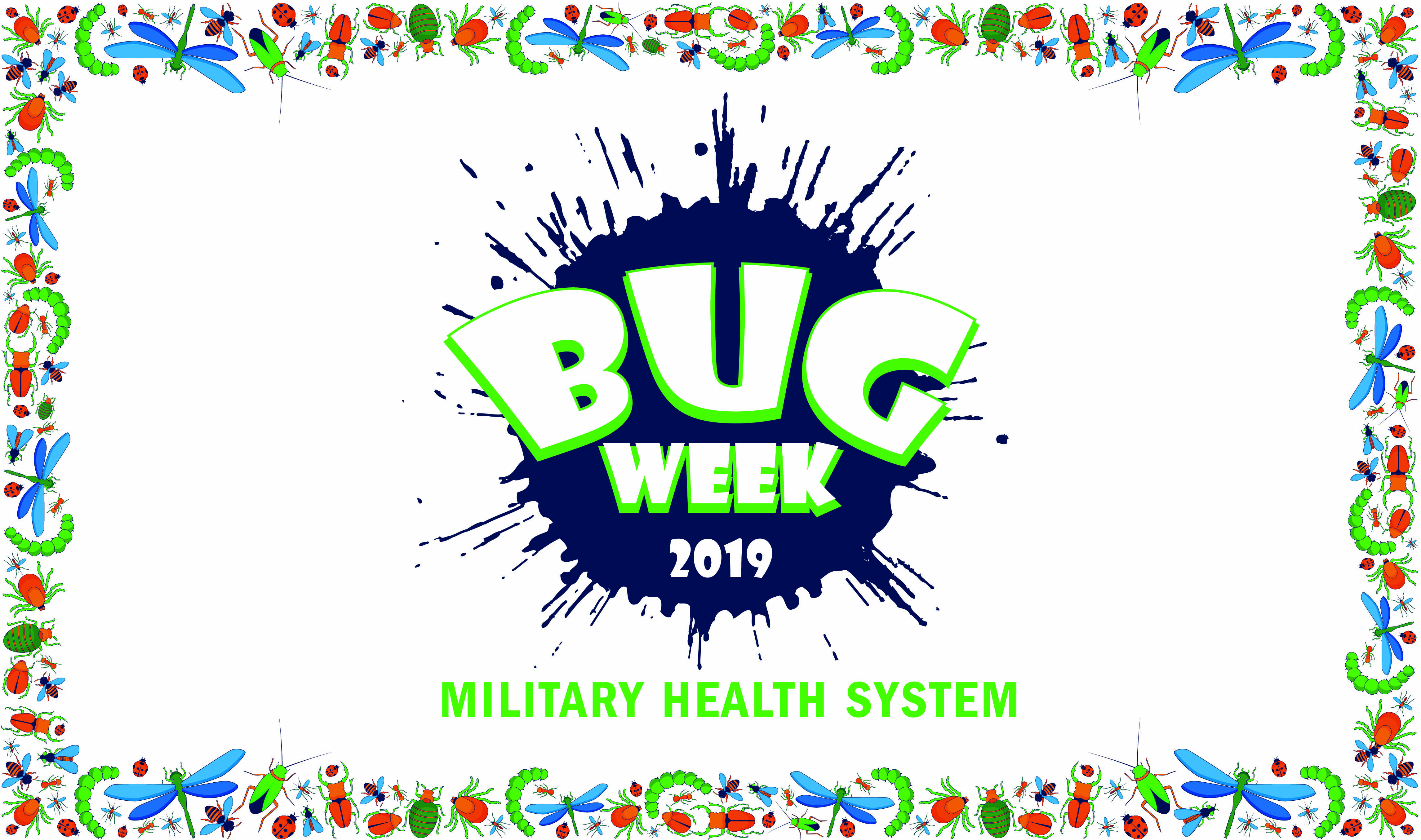 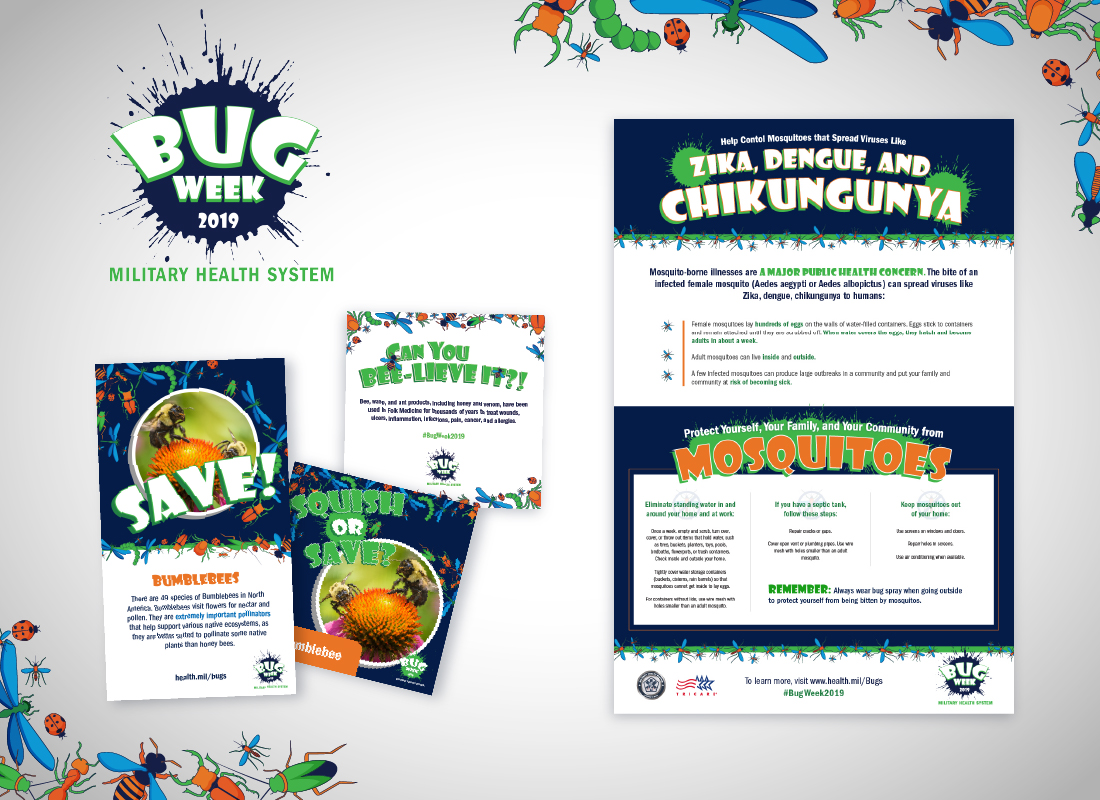 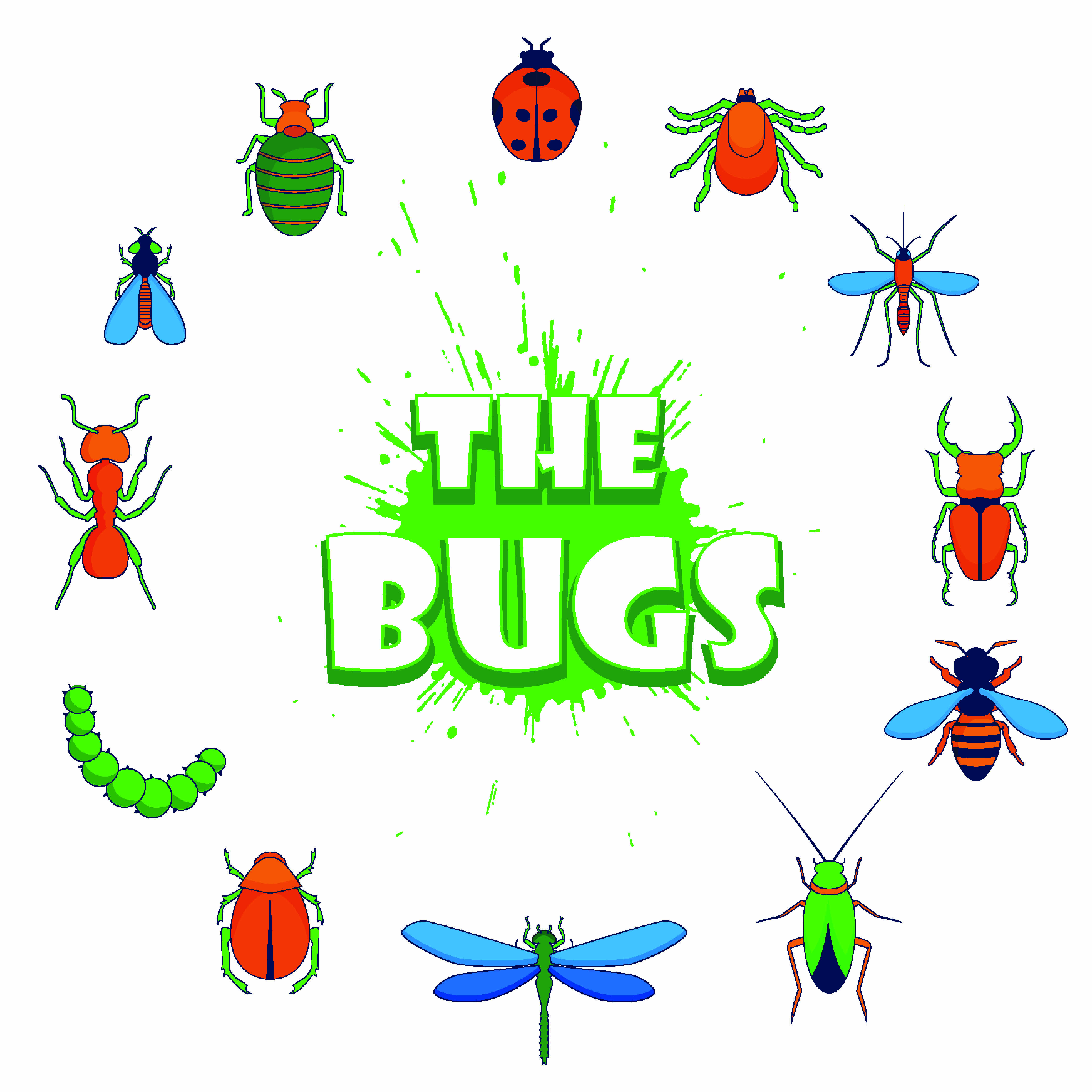