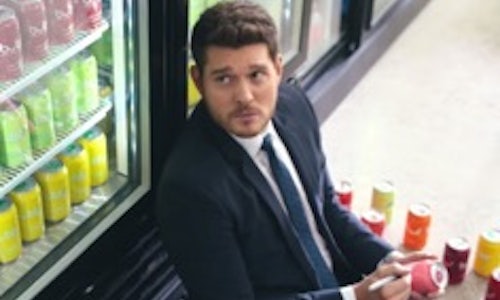 With cultural shifts towards healthier beverage options, the sparkling water category continues to experience YoY growth and Mintel forecasts sales of sparkling water to increase by 74% from 2018 to 2023[1]. To expand presence within this fast-growing category and unleash a sparkling brand personality on the world’s biggest stage (The Super Bowl), bubly – the all-natural, fruit-flavored sparkling water with colorful cans featuring smiles, puns and witting sayings on their tabs – set out with a spirited determination to become the most memorable name in sparkling water.

Looking across the sparkling water landscape, bubly hit on a significant void amongst the competition: an untapped, Millennial-driven audience who needed a break from the everyday. By tapping into the simple reality weighing on the 18-34 subset - that “adulting” is tough, bubly recognized that the grind of daily responsibilities and micro-stressors often gets in the way of fun.

With 58% of Millennials stating that their lives are more stressful than ever before, bubly set three clear objectives as it geared up for its second year in market and the launch of a major brand moment.

Standing out during the Super Bowl required a deeper understanding of audience behaviors and how to speak to Millennial consumers in a differentiated way, so bubly hedged its bets on 3 key habits:

Taking a page from its PepsiCo soft drink siblings, bubly crafted its Super Bowl strategy by thinking big – identifying talent, platforms and properties that would resonate with consumers to make its name part of their social lexicon, and show it wasn’t afraid to have a little fun at its own expense.

As bubly rolled out the campaign, it created an unexpected rivalry with crooner Michael Bubly – ahem Bublé – through creative debating whether the brand should be pronounced “buh-blee” or “boo-bley”. Convinced the sparkling water shared his name, Bublé instigated his own playful fun by striking out the “y” in bubly with his signature “é”.

To tease the creative days before the big game, bubly partnered with The Ellen DeGeneres Show to showcase a few seconds of the spot. As she gave her fans a special first look, she threw to Michael participating in an out-of-studio segment, where he was challenged to do whatever she fed him through an earpiece. With Bublé stationed as a cashier at a local retailer, a surprise celebrity run in with Modern Family’s Eric Stonestreet resulted in unexpected moments of fun for fans, bubly and Bublé himself!

Capitalizing on the commercial’s launch in real time, bubly leveraged YouTube, Facebook, Instagram, GIPHY, and Google Search to highlight snackable video content during peak moments of the game. In the weeks following, bubly extended the hype via high visibility presence across Prime, Cable, and Premium Online Video. Through targeted placements across The Bachelor, Riverdale, Jane the Virgin, Supernatural and more, bubly's fun and engaging media strategy made the brand’s name completely unforgettable!

bubly’s talent-driven approach continued throughout the year and sparked a nationwide debate that made its name part of the cultural conversation. The bubly vs. Bublé hook was so engaging that other Brands (like Oláy and Avocados from Mexico Guacamolé) “Bublé-ed” their own names in playful solidarity, and the debate even made appearances on fan-made signage during Michael Bublé World Tour stops.

So, is it pronounced bubly or Bublé? Just ask Michael bubly himself!

For its 2019 Super Bowl debut, everything bubly did was with a laser focus on breaking up the mundane and getting consumers to simply ‘crack a smile’. Bubly brought this mission to life by partnering with talent, programming and millennial-driven platforms that shared a similar ‘playful instigator’ role in culture. Positioned at the center of the Super Bowl Stage, bubly successfully gave consumers a much-needed laugh and infused fun and refreshment into Millennial routines.

And thanks to the help of Michael Bublé, bubly's Super Bowl campaign made the brand’s name completely unforgettable while driving actionable sales results. 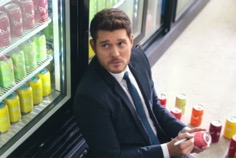