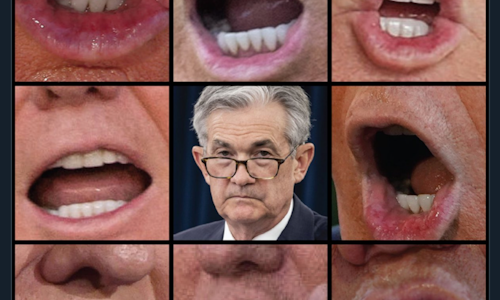 Bloomberg Businessweek covers the business world like no one else. Our features help readers understand the business decisions top companies make, and why they’ve made them. The goal for our Twitter presence in 2019 was to help Businessweek stand out from other publishers. That involves speaking the language of the platform: Being smart, concise, and creative.

Businessweek excels in reporting longform stories, and we wanted our Twitter feed to be a place where those articles could shine. The magazine is incredibly creative, in terms of the content and design, and we wanted to share that uniqueness with our roughly 1.6 million followers. So in order to do that, we focused on the appearance, posting strategy, and content itself.

We increased our posting cadence, and also targeted posts at optimal times to reach people when they have time to read feature stories (think evenings, weekends). We also utilized Twitter Moments to showcase the best tweets around our feature stories and drive more conversation on the platform.

We identified more opportunities to interact with our audience. For example, to support the launch of our Elements Issue, we asked our followers to tweet us their favorite element. When they did, we replied back with a tidbit from the feature and linked to the specific element, driving traffic to the story and generating awareness of the issue itself. We also used a more casual, snarky language with some of our posts to be in lock-step with the magazine's authoritative voice.

We incorporated more art from the magazine, as well as custom builds to promote our stories on social. We differentiated ourselves from other news accounts by posting more rich media, breaking up the feed and standing out from other news organizations that just post URLs.

Every week, we changed our cover banner to show the latest issue. That tied us closer to the print magazine, revealed our main story of the week, and helped differentiate us from the other Bloomberg properties. We also utilize the Twitter bio to drive people to that feature and tout other important stories, such as the return of our cover trail.

In 2019, our strategy and execution resulted in a 56% increase in retweets, likes, and shares our tweets received, the highest growth of any Bloomberg Media property on Twitter. We also saw a 3.6% increase in the number of link clicks, showing that we were successful in getting people to come read full articles on our site. 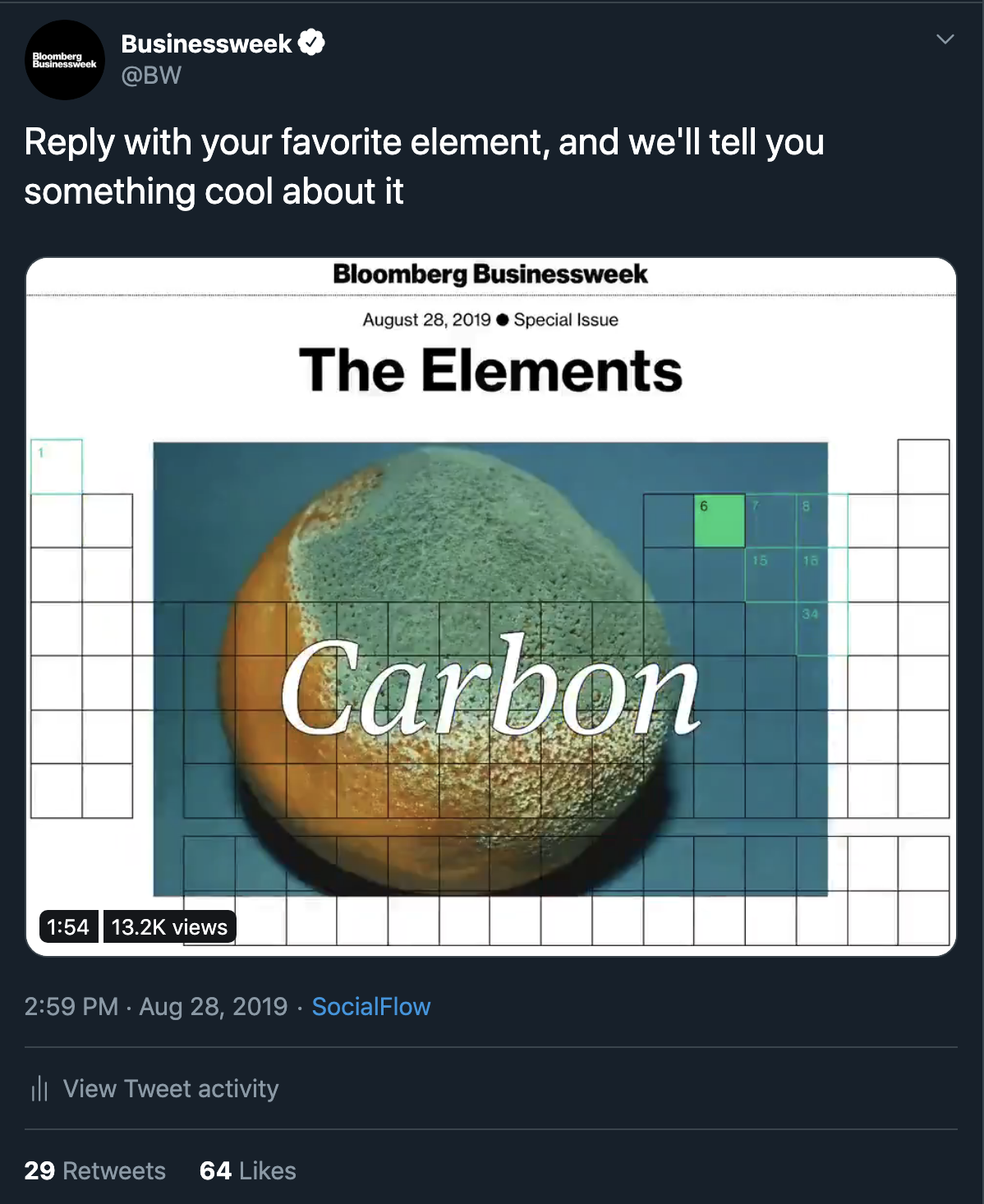 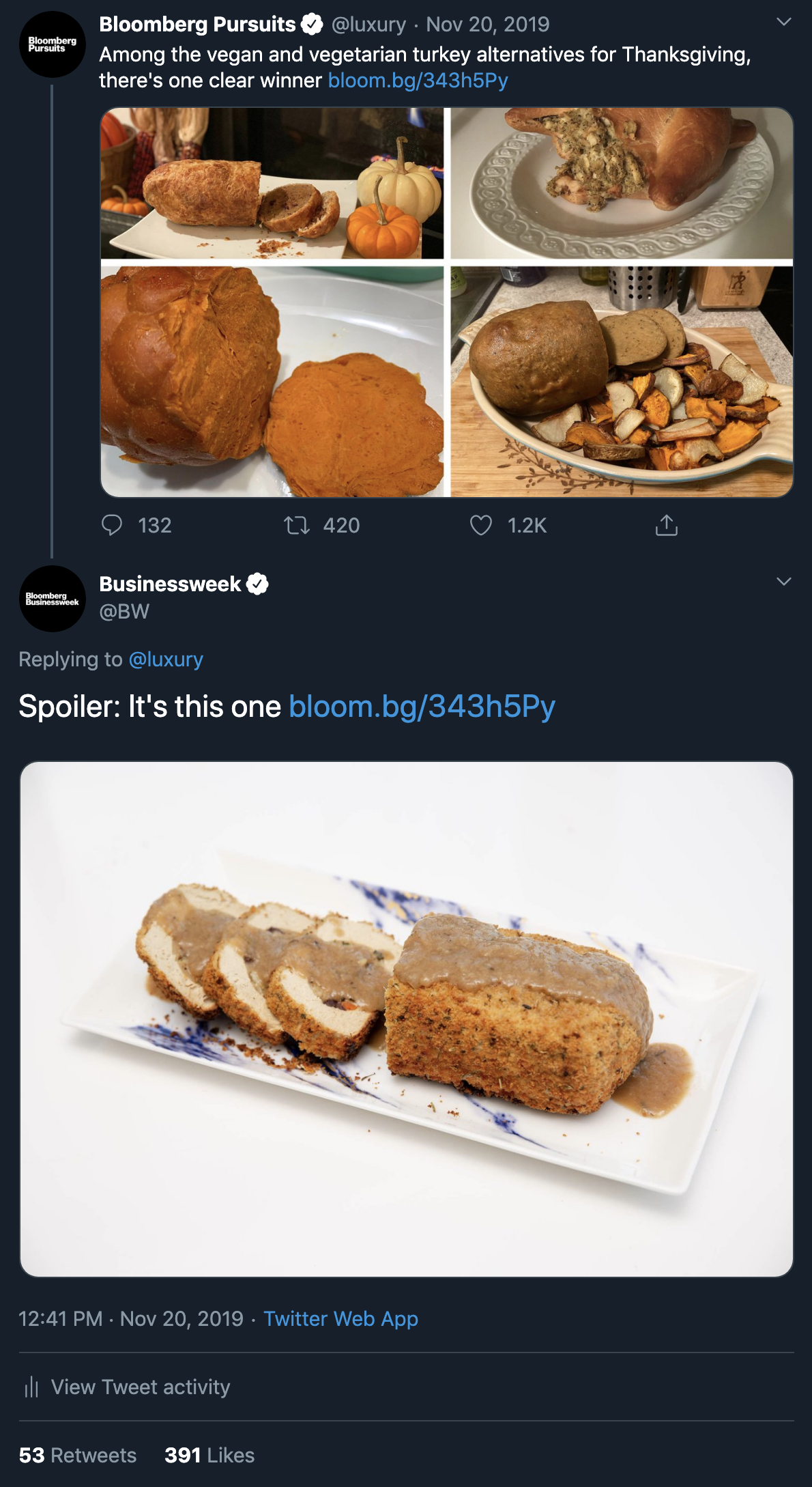 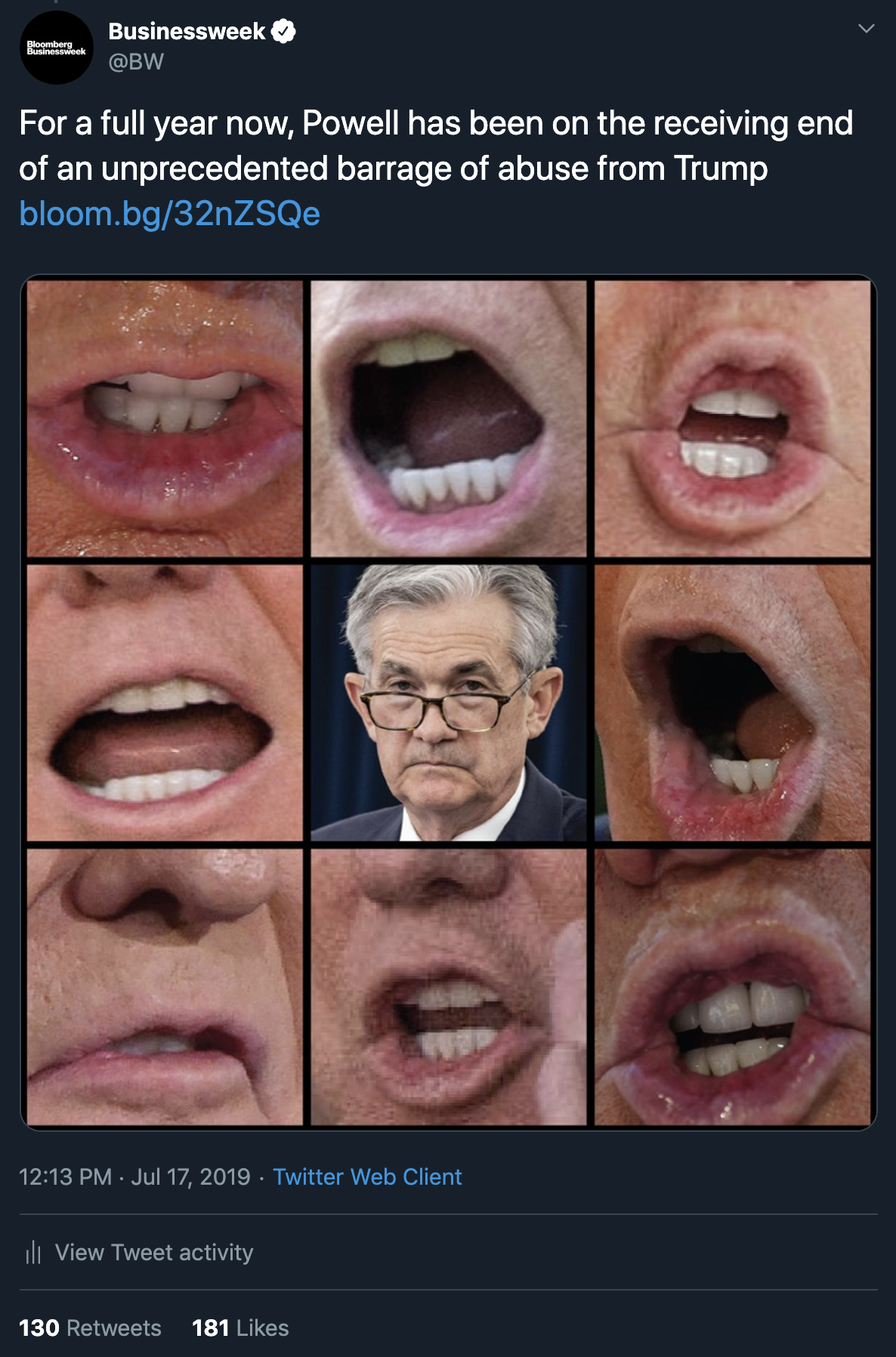 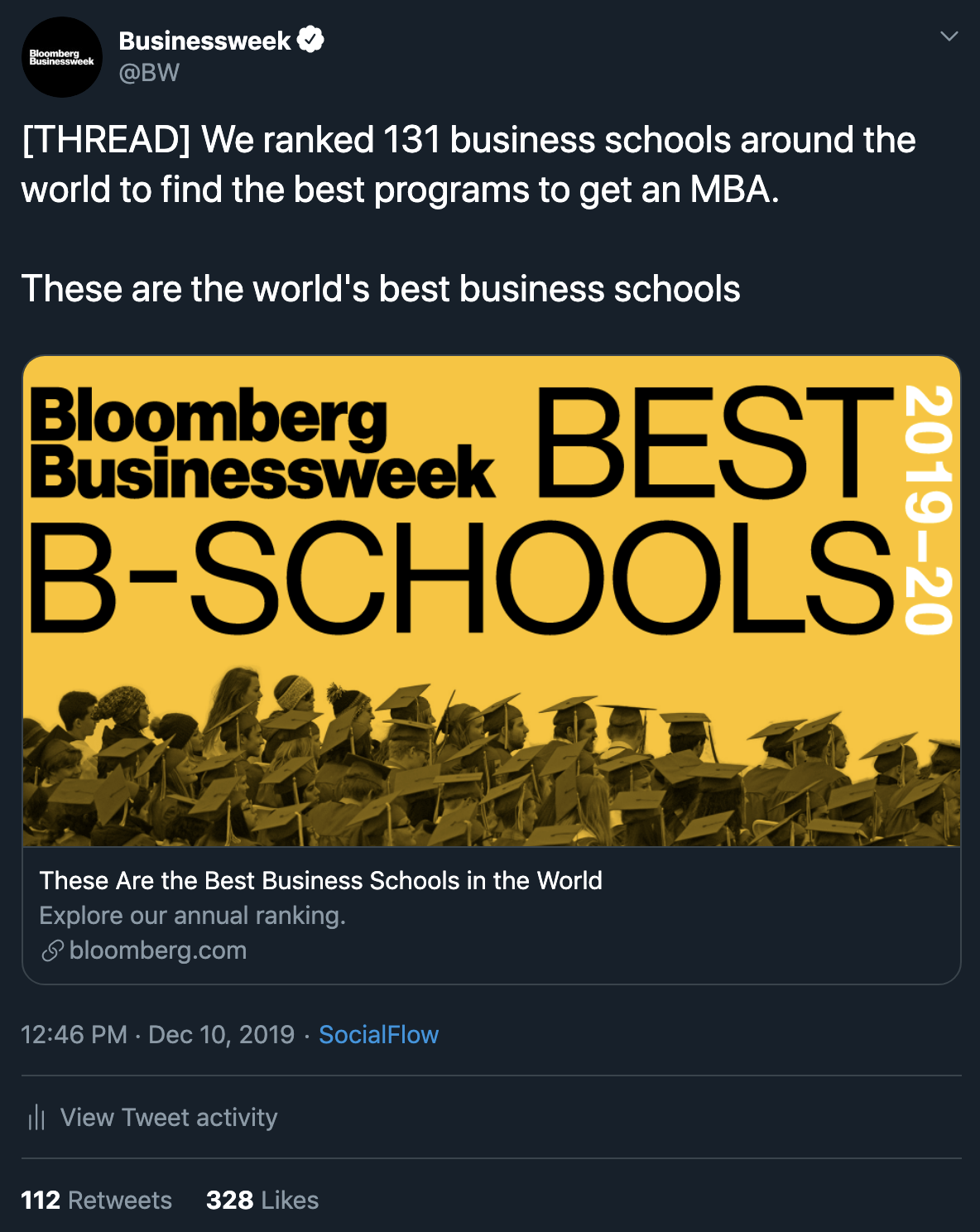 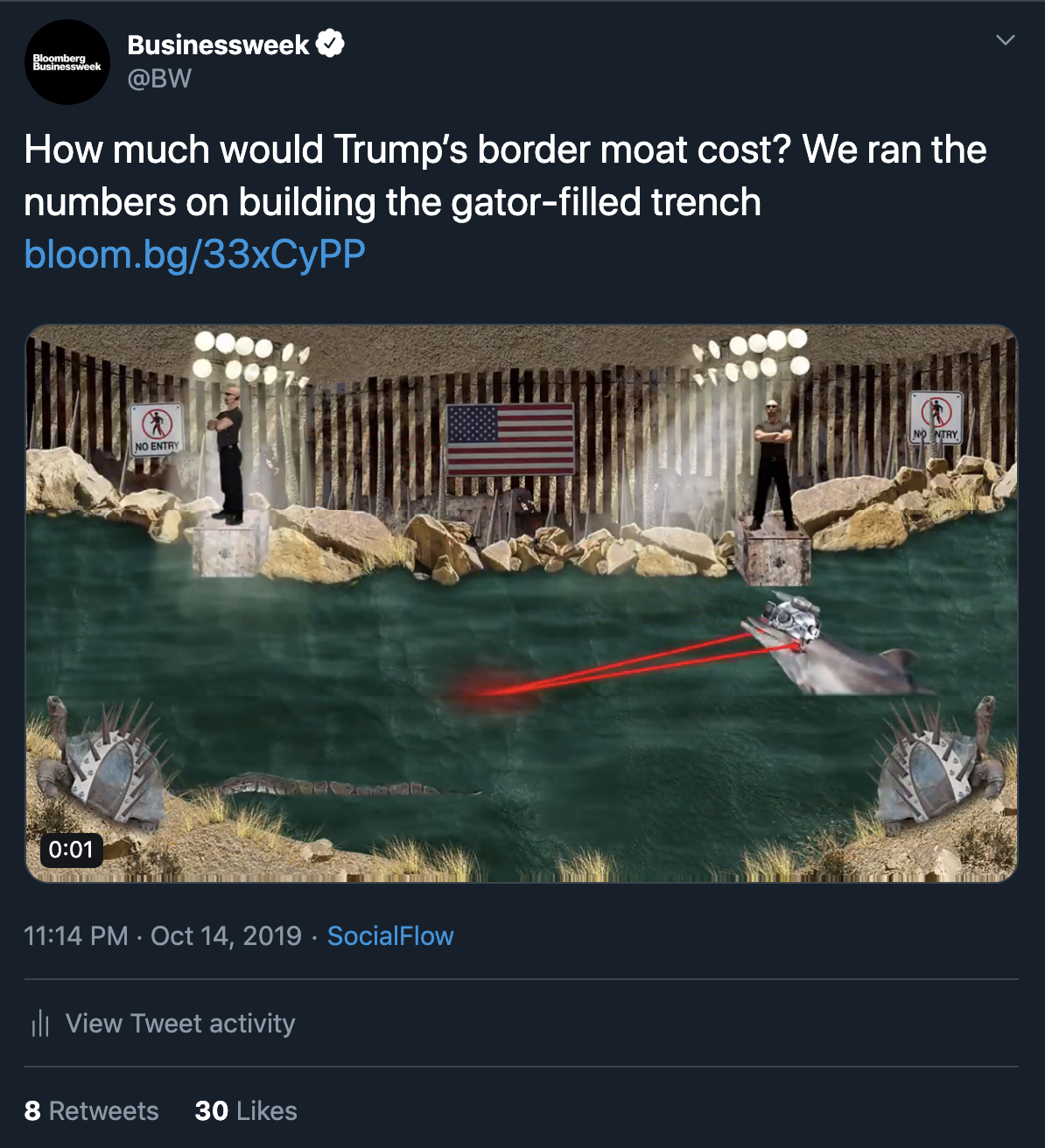 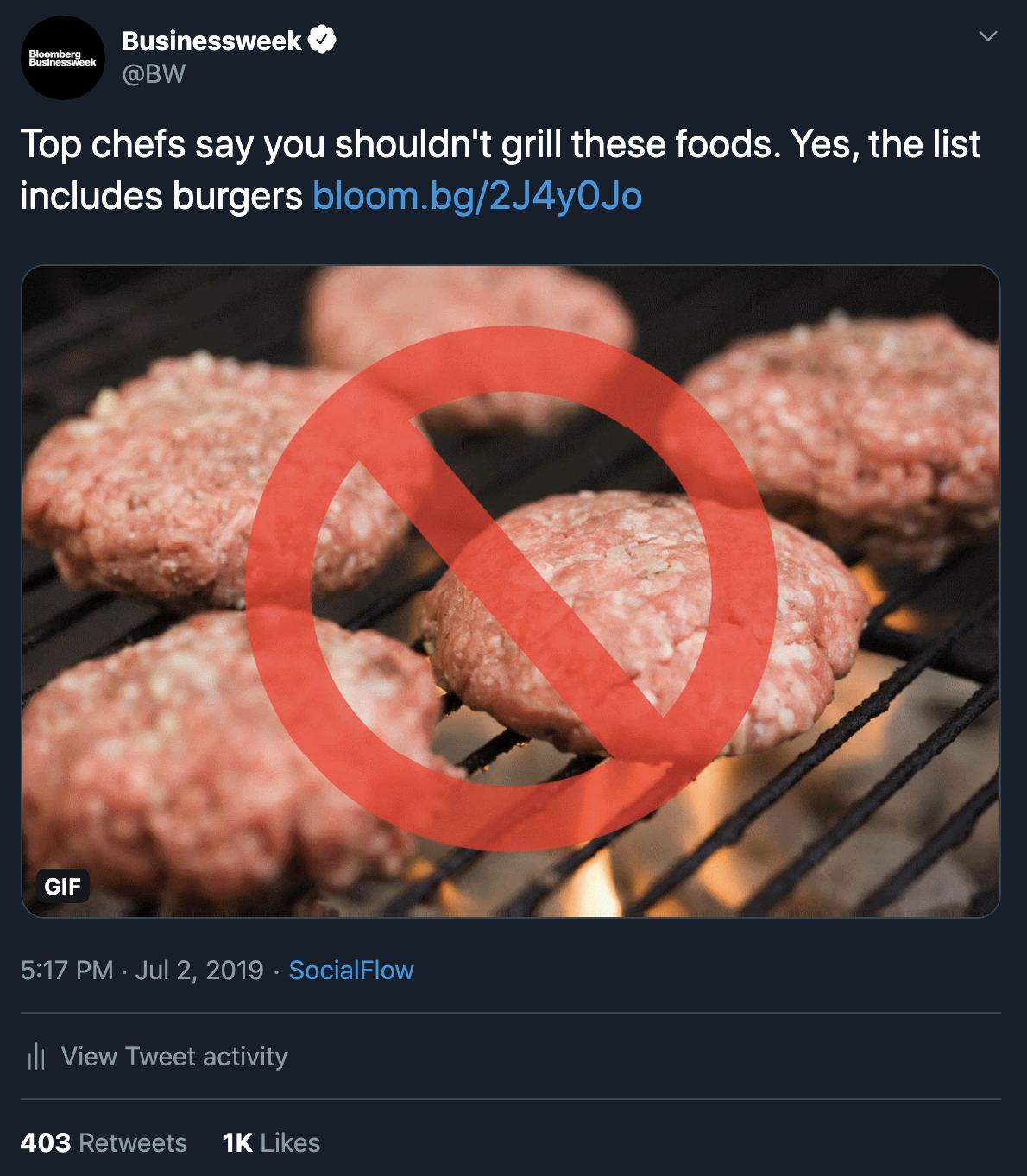