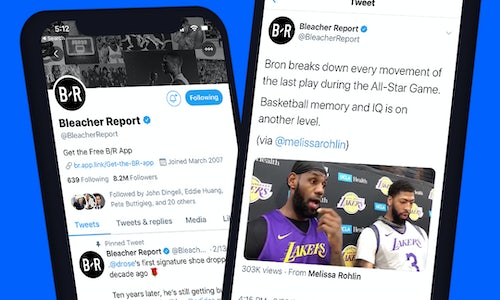 Bleacher Report: the No. 1 Sports Media Publisher on Twitter

Bleacher Report’s @BleacherReport main Twitter account has one overarching goal that informs every publishing decision we make: to start and own the conversation surrounding sports.

We want to be the smart, witty, informed character in the group chat, and we want to be first. This objective has made us the most engaged Twitter account of any sports media publisher in the world.

In the objective of starting and owning the conversation surrounding sports, Bleacher Report implements several strategies that make it the most dominant and engaging sports brand on Twitter.

First, Bleacher Report is an always-on news platform. Though volume and frequency play a role, being first and being accurate with consistency is a tried-and-true strategy.

Second, carrying a conversational voice that’s witty, informative but informal, and relatable ensures that millions of Gen Z and Millennial sports fans will see themselves in the content @BleacherReport posts.

Lastly, giving social media programmers the creative license to take calculated risks and let their knowledge of sports and pop culture shine through sets Bleacher Report apart from other publishers by building flexibility and authenticity.

Bleacher Report is the second most engaged account on all of Twitter - not just sports - ALL OF TWITTER. That’s a testament to our ability of owning the conversation surrounding sports.

A quick look at metrics:

Those results are proof of both starting and owning the conversation surrounding sports.

Video for Bleacher Report: the No. 1 Sports Media Publisher on Twitter 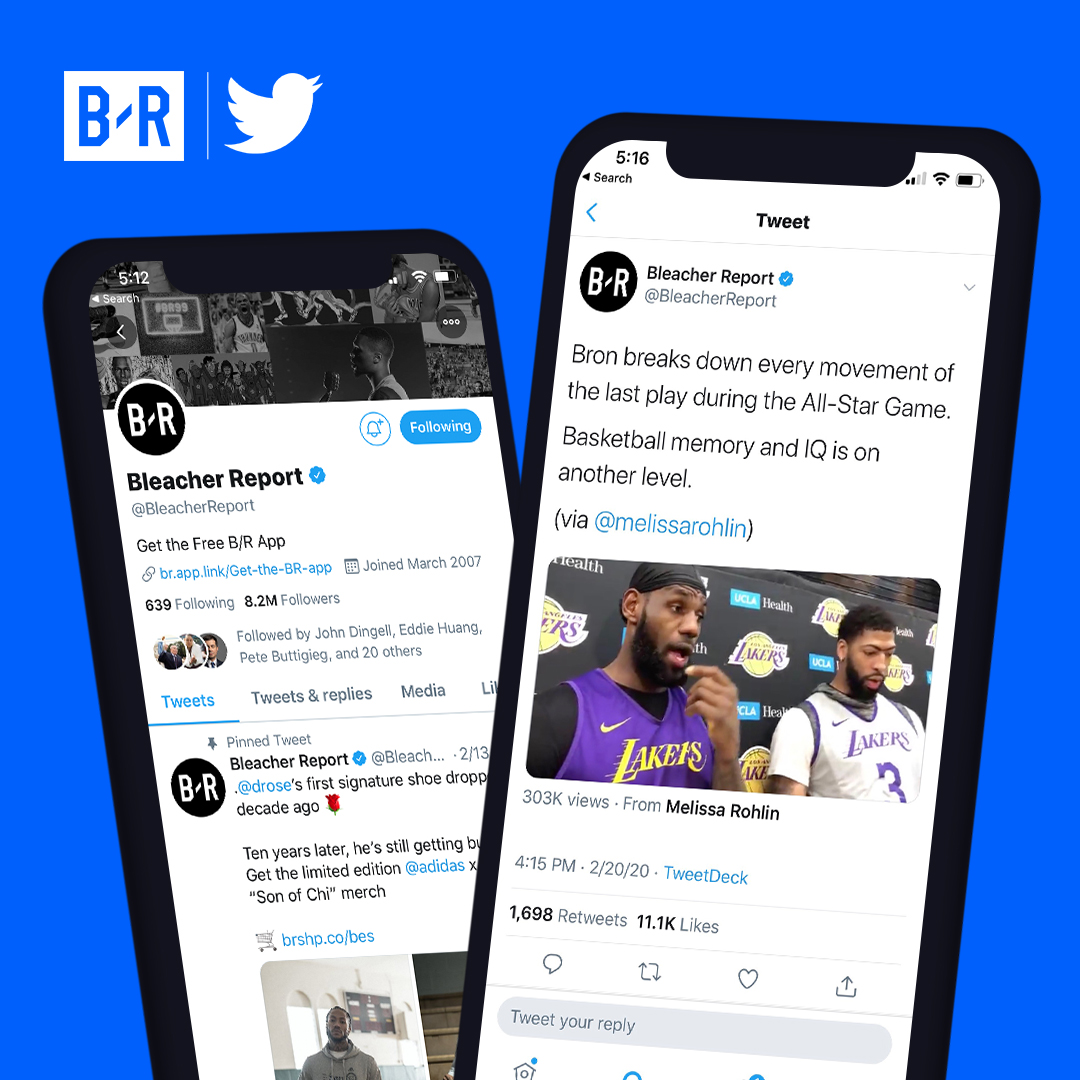