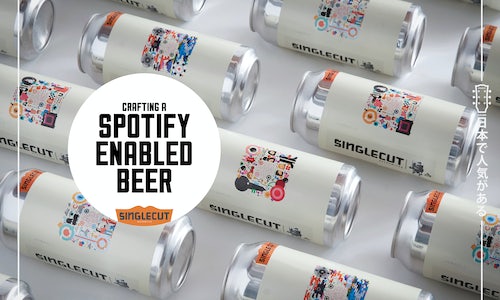 The music scene in Japan is known for a unique phenomenon: Rock bands from North America and Europe become big in Asia before they’re popular in their own countries. That phenomenon came to be known as ‘Big in Japan’ and the actual hit music – originally recorded by Queen, Cheap Trick, Deep Purple and The Runaways – would become our campaign soundtrack.

While searching for other insights unique to Japan, we discovered something else that’s huge in Japan: QR codes. Although rarely used in North America, QR codes are entrenched in daily life in Japan as a way to access information and interact with brands. Since SingleCut’s new release would be starting with absolutely no consumer awareness, adopting behaviour familiar to our target would quickly establish relevance and gain attention.

Developed for a mobile-forward audience, BIG IN JAPAN IPA reimagined basic QR codes on its packaging to create the first Spotify-enabled beer. Four distinct QR codes were designed and illustrated to deliver visual clues for classic rock songs that were literally big in Japan, turning each can into a Name That Tune game. Scanning the codes led consumers to Spotify, where the answer to the game was revealed, bringing SingleCut’s unique marriage of craft beer and classic rock to life.

Video for Big in Japan 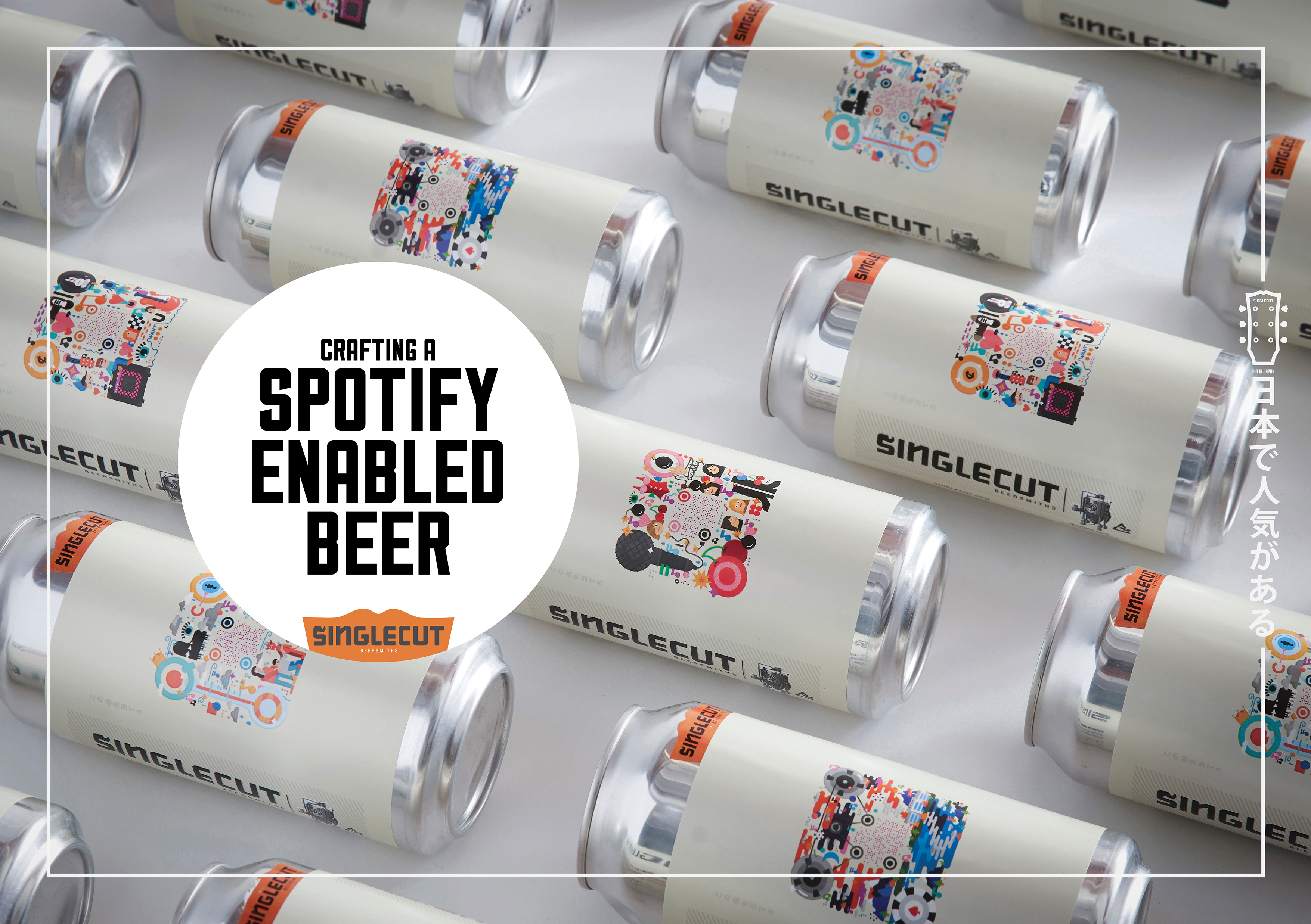 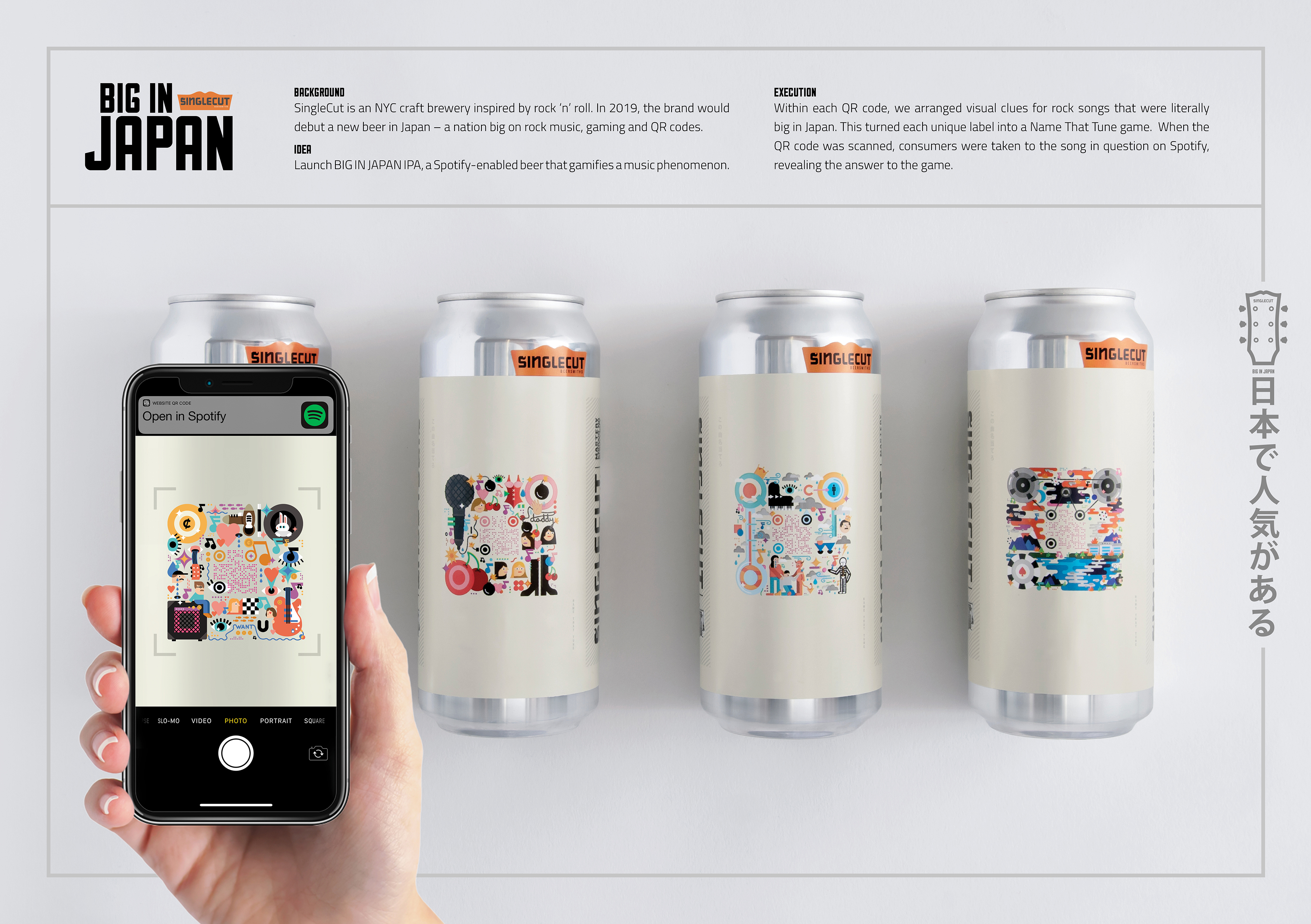 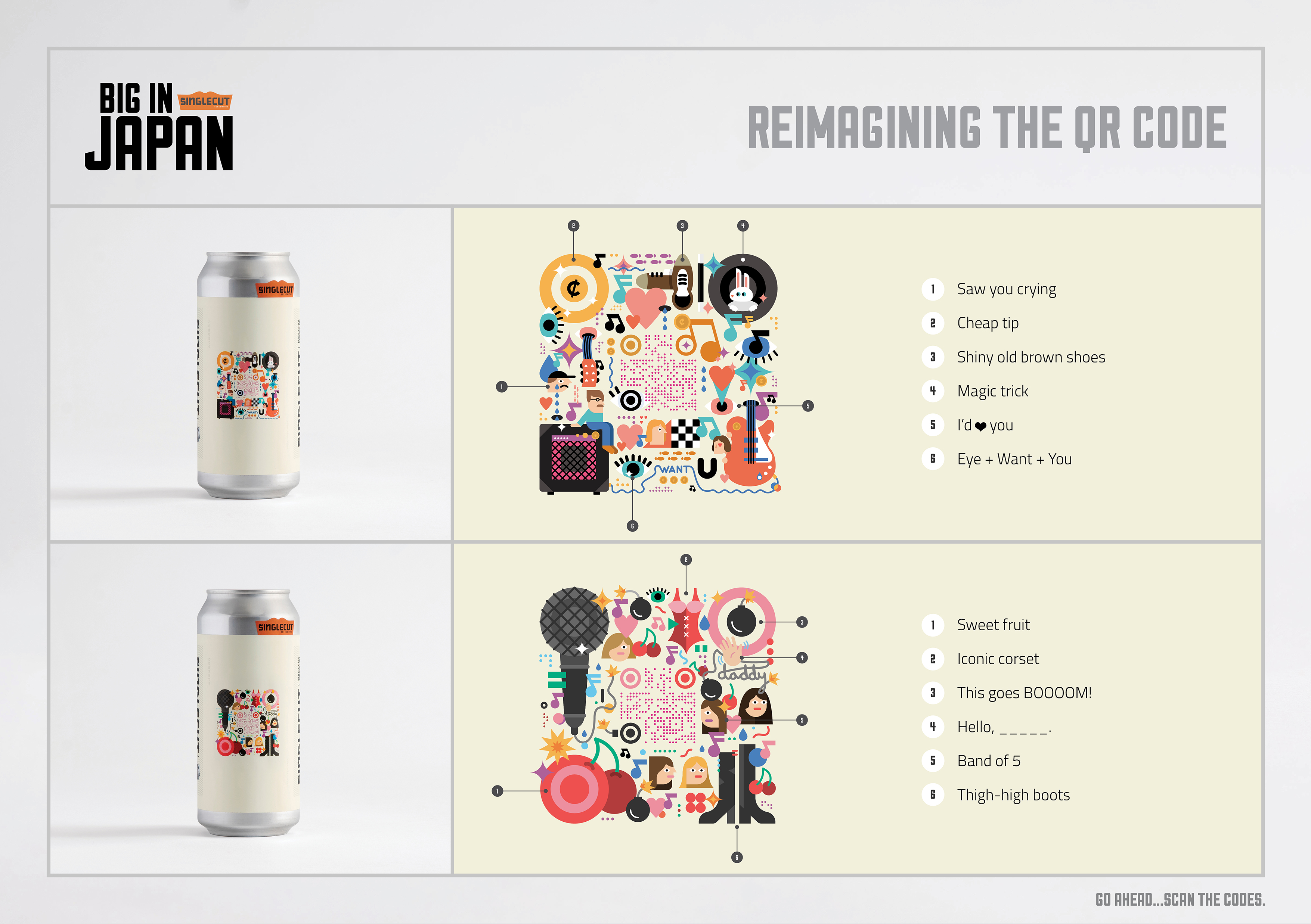 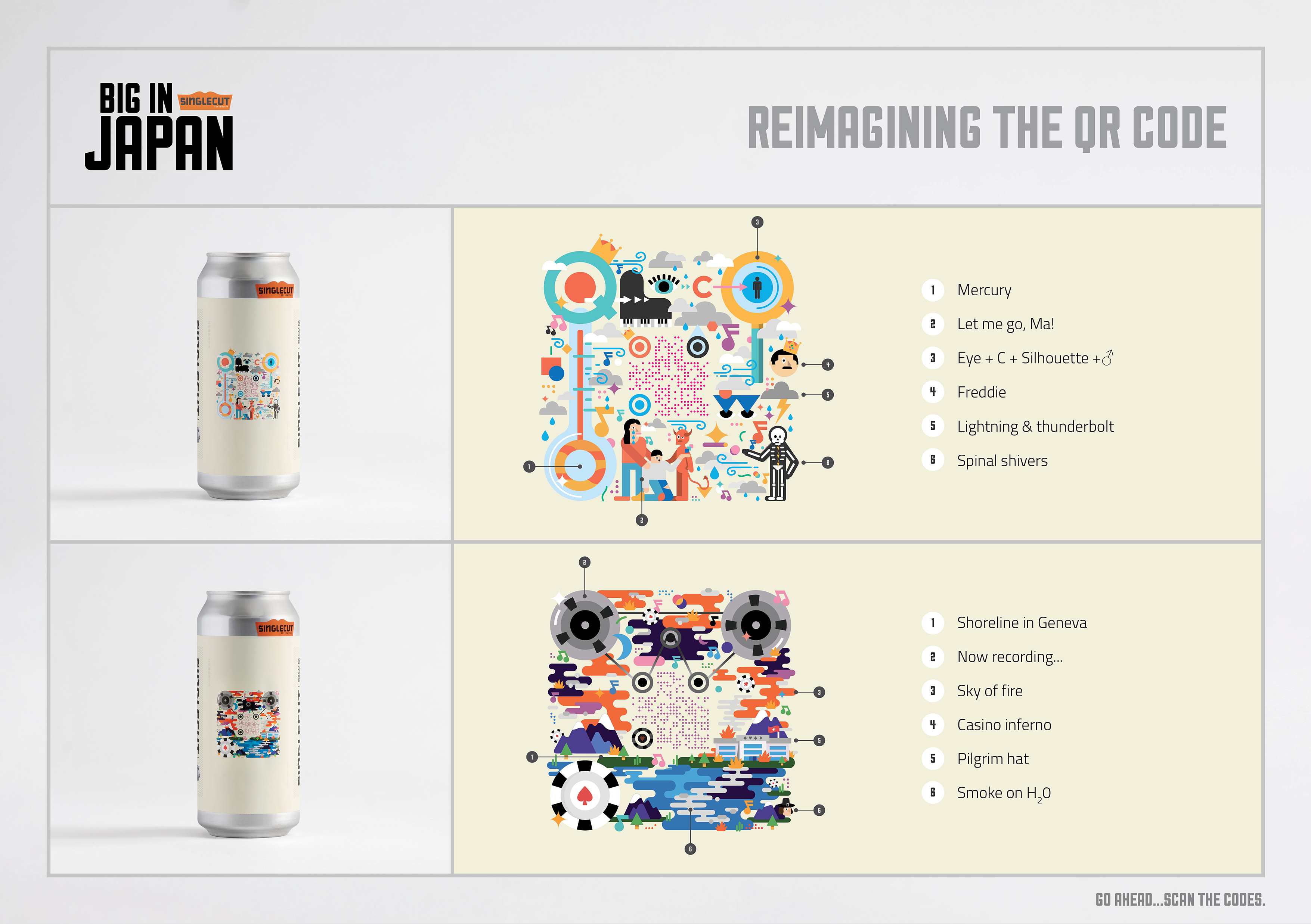 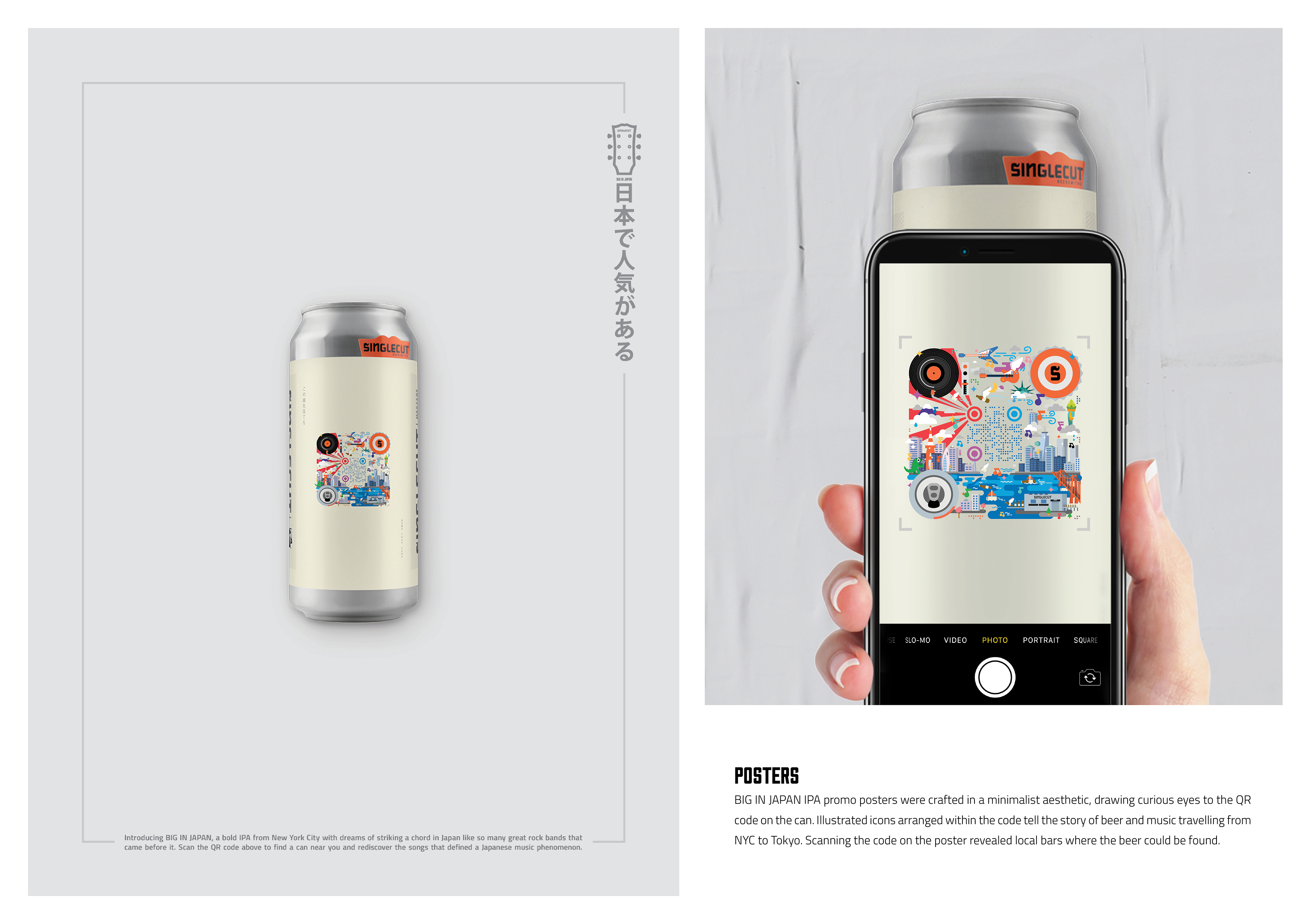 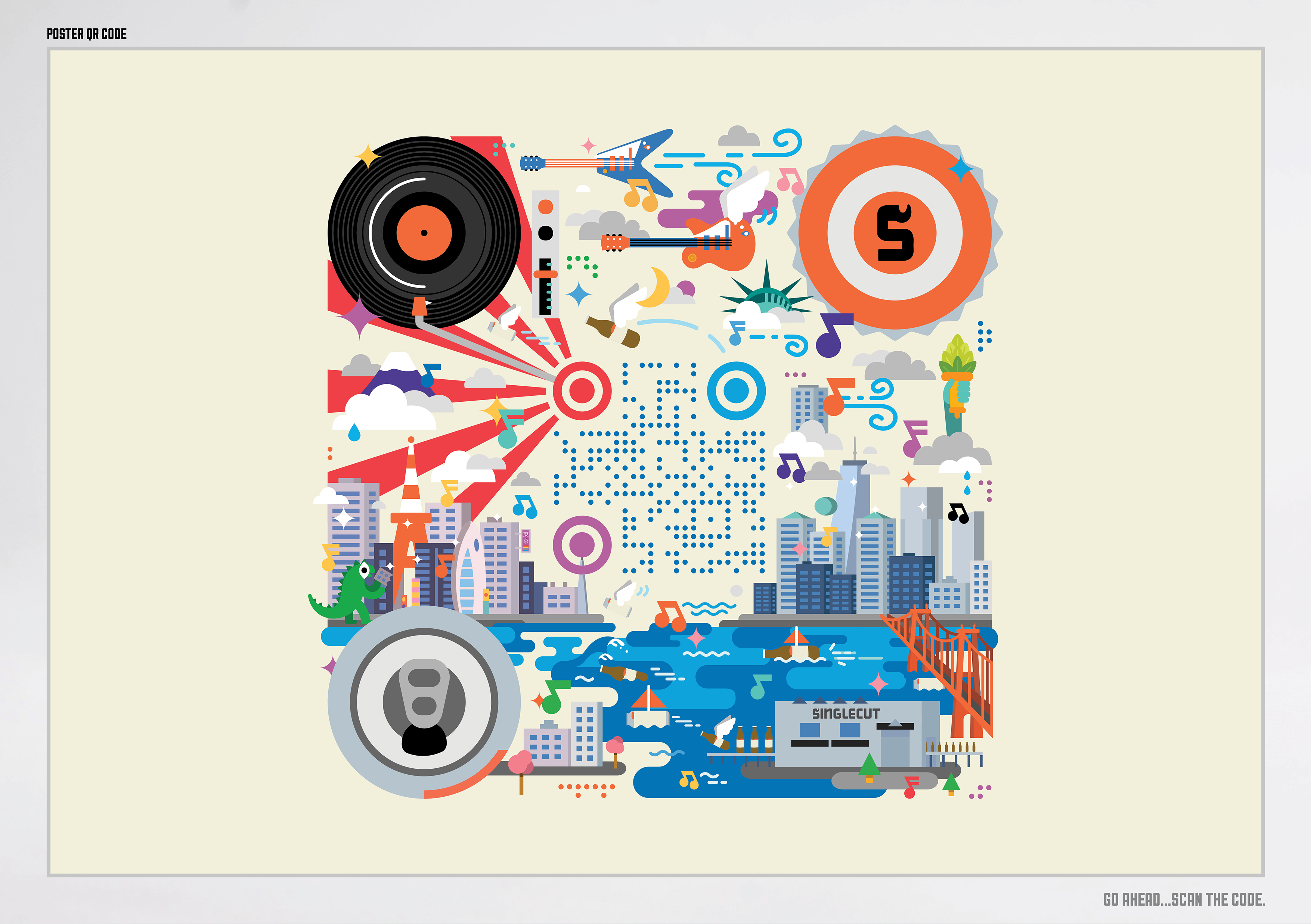