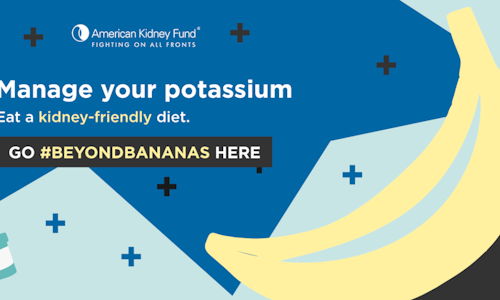 The American Kidney Fund’s (AKF) Beyond Bananas™ campaign increases the understanding chronic kidney disease (CKD) patients have of chronic high potassium (hyperkalemia) and empowers them to control their potassium levels through both diet and medication. People who are generally healthy are often encouraged to consume more potassium, a mineral essential to the proper function of muscles and nerves. However, too much potassium poses special, severe risks to CKD patients—including heart attack and death—that people who are otherwise generally healthy do not face.

As many as 20% of CKD patients have hyperkalemia, but many are unaware of it. Because bananas are the food most closely associated with potassium, Beyond Bananas capitalizes on that familiarity, while sending the important message that controlling potassium goes beyond diet alone for CKD patients.

Before Beyond Bananas, patient-focused social conversations about hyperkalemia and CKD were nonexistent outside of pharmaceutical and health news outlets. AKF recognized this void and sought to make easy-to-understand educational content on social media one of the main channels of communication for Beyond Bananas.

The primary objectives of Beyond Bananas are:

AstraZeneca is the sole supporter of the Beyond Bananas campaign.

A series of engaging graphics with empowering messaging about managing potassium were created for social media and to have a continuous, branded feel to the Beyond Bananas campaign across the rest of AKF’s multi-channel digital approach.

AKF provides weekly educational content on social media (Facebook, Twitter, Instagram, and LinkedIn) that connects CKD patients and health care providers to Beyond Bananas resources and educational health information. AKF uses social media to engage people with content they want, then follows up with additional web and email content (below) they need to combat the lack of awareness of hyperkalemia and help them live healthier lives.

AKF utilizes social media to drive traffic to other aspects of the Beyond Bananas campaign, such as an educational webinar on what people need to know about potassium and kidney disease. Organic social efforts to generate webinar viewers began in December 2019, four weeks before the webinar, and resulted in 494 viewers. Of the viewers, 28% were CKD patients, 9% were caregivers and 50% were health care professionals, meeting AKF’s goal of reaching all three demographic groups with its Beyond Bananas educational content.

Active social media engagement with our audience on Facebook allows AKF to answer patients’ questions and guide them to the correct Beyond Bananas resources. AKF’s paid social ads were tested with various ad copy, media and headlines to optimize delivery to our audiences and drive traffic to the resources on the Beyond Bananas landing page. These resources include AKF’s downloadable potassium food guide and the potassium tracker. The Beyond Bananas paid social ads have generated a download conversion rate of 11%.

Once someone downloads either the potassium food guide or tracker, AKF is able to retarget them with a Beyond Bananas three-part email series about the importance of treating hyperkalemia, discovering healthy low-potassium food options and encouragement to talk to their doctor about how to effectively manage hyperkalemia long-term. This email series has an open rate of 22% and a clickthrough rate of 4.8%.

AKF has additionally promoted Beyond Bananas via a press release announcing the campaign launch, giveaways and print materials for distribution at conferences and ongoing search engine optimization to draw organic traffic to the campaign landing page.

Objective: Raise awareness of hyperkalemia
Since launching in August 2019, 587,000 people have visited the Beyond Bananas landing page, 30,000 from organic social and paid social. With a clickthrough rate to the landing page of 12.6%, Beyond Bananas is AKF’s highest performing social media campaign.

Objective: Encourage patient-provider discussions about hyperkalemia
AKF’s Beyond Bananas Facebook Live in December 2019 featured an AKF expert, a nephrologist and an AKF patient ambassador discussing the importance of managing hyperkalemia and how patients can talk to their doctor about it. The event reached 6,000 people, earned 2,500 views and generated 750 engagements.

On the Beyond Bananas landing page, surveys ask patients if their provider talked to them about hyperkalemia and educational content encourages patients to have those discussions with their providers. 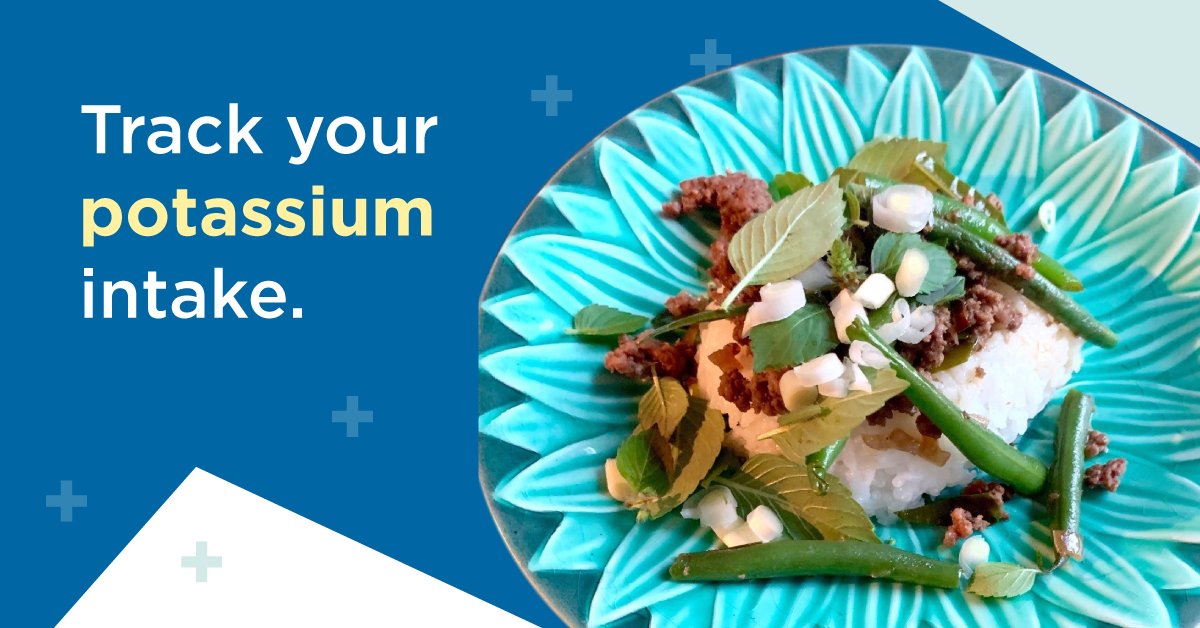 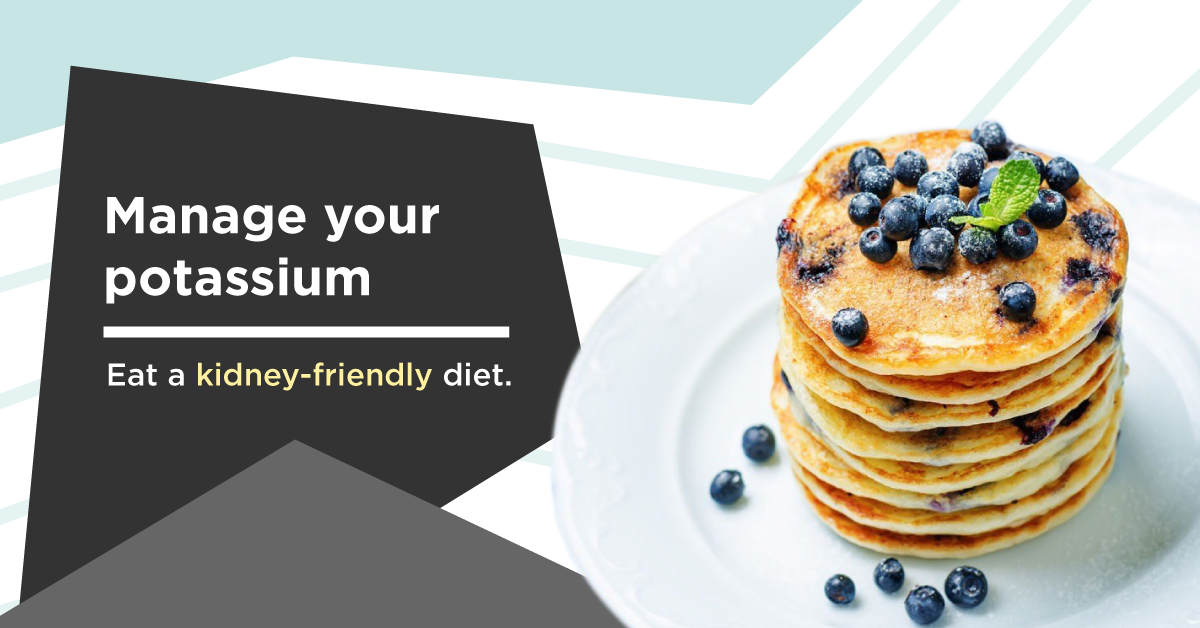 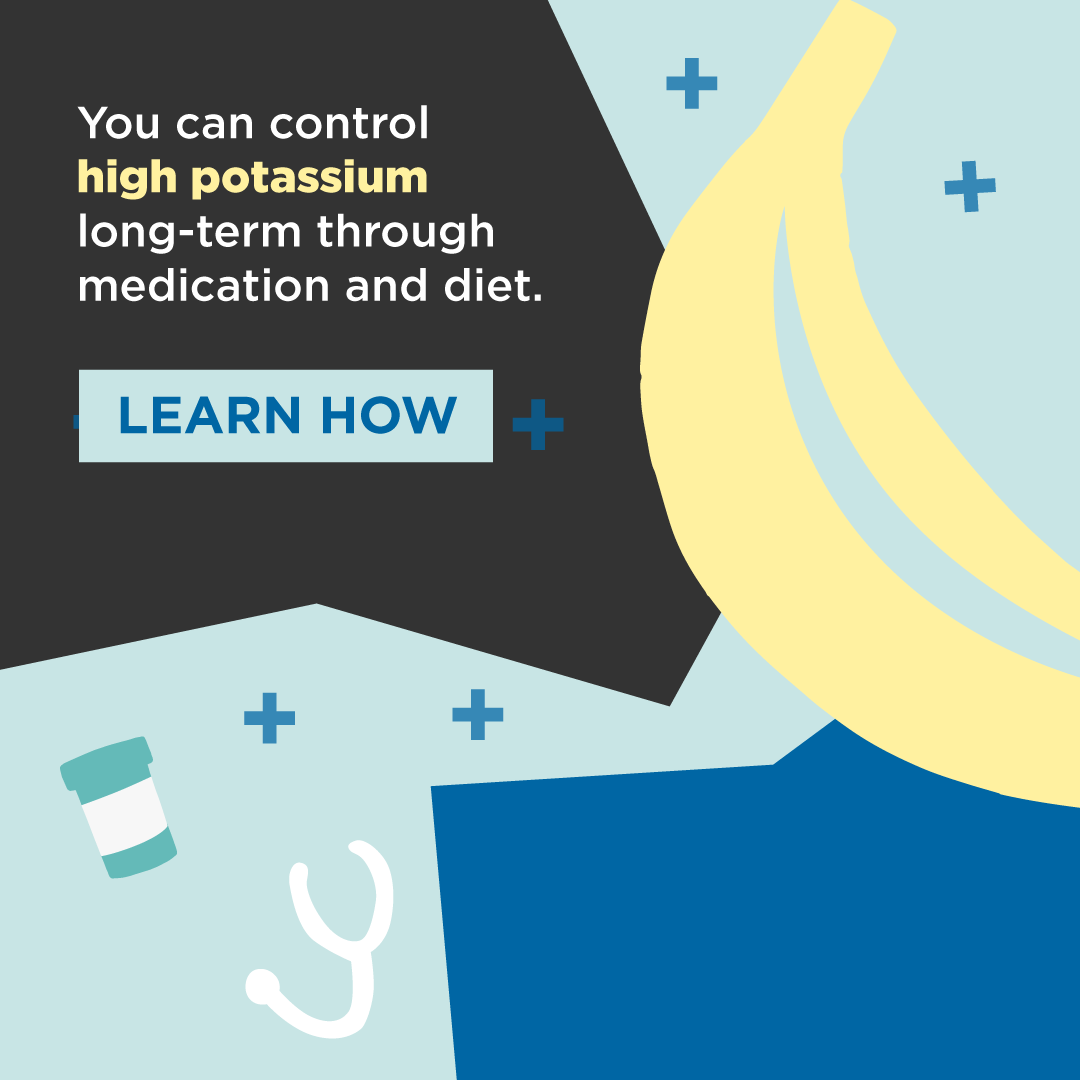 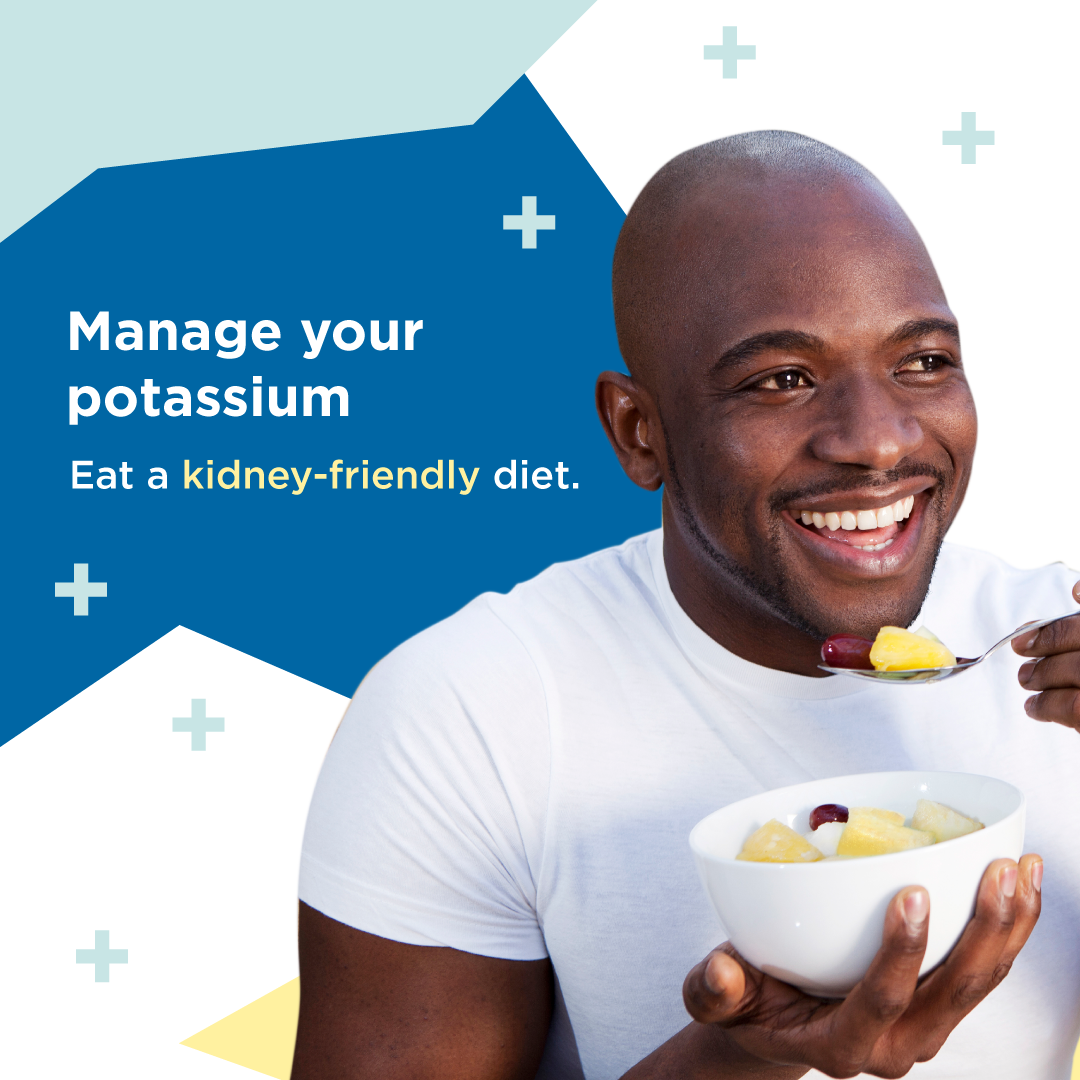 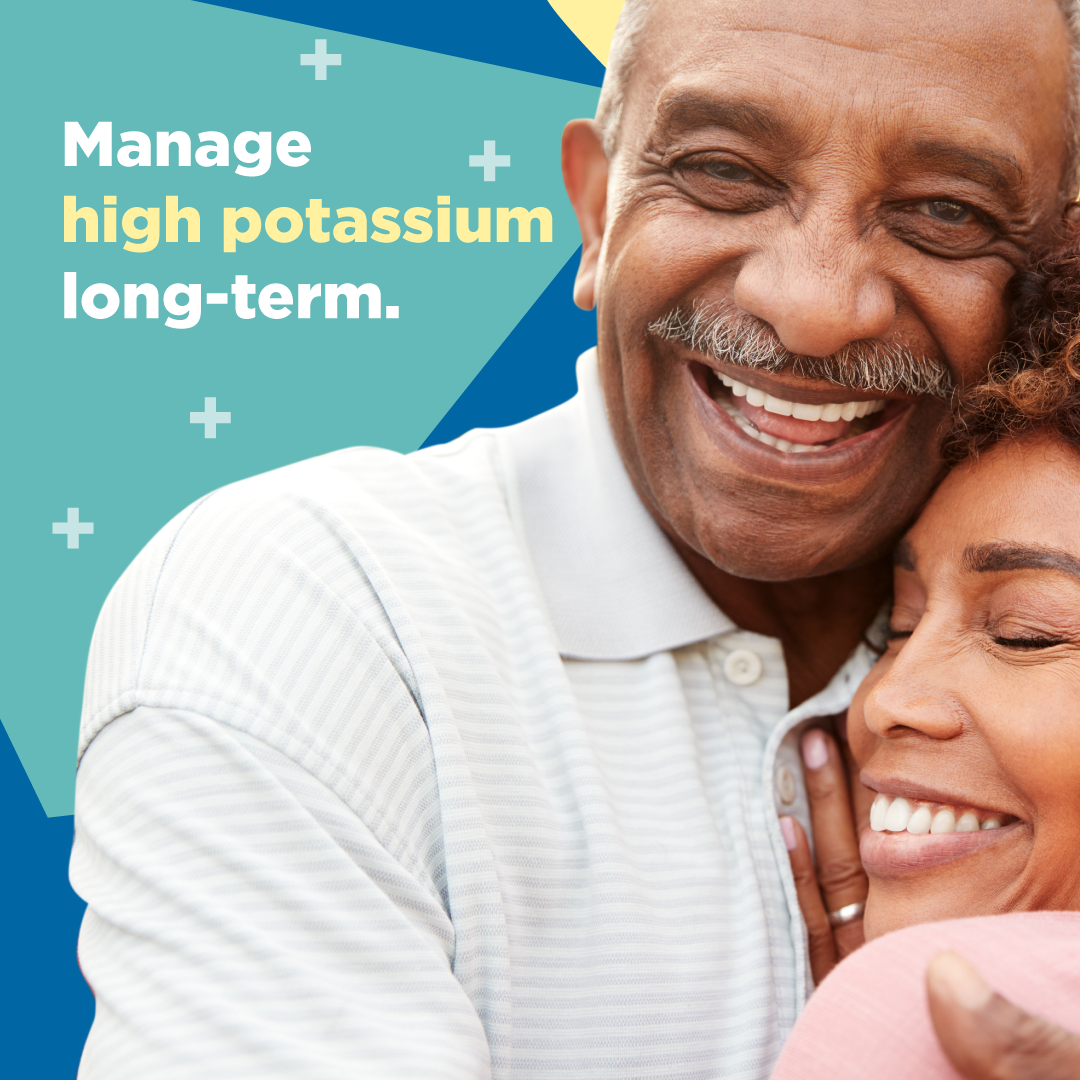 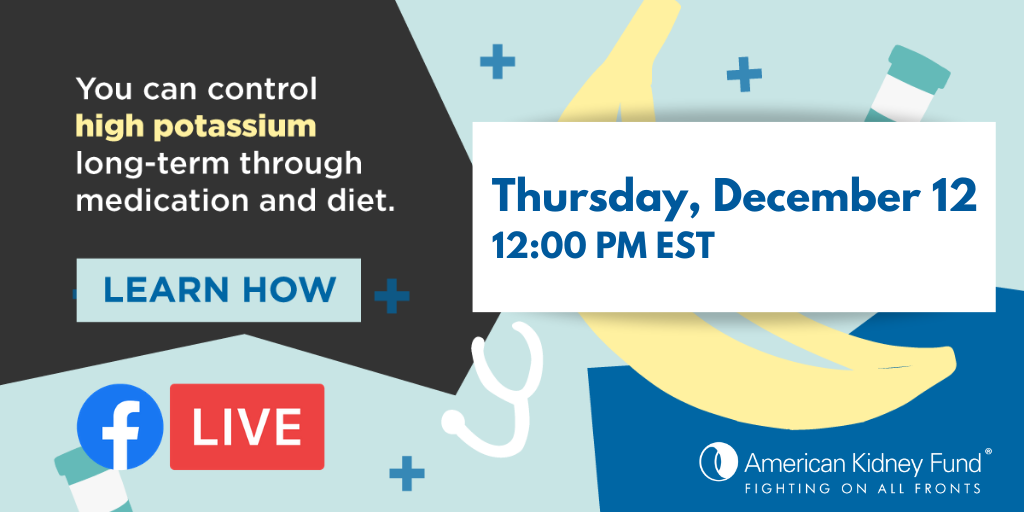 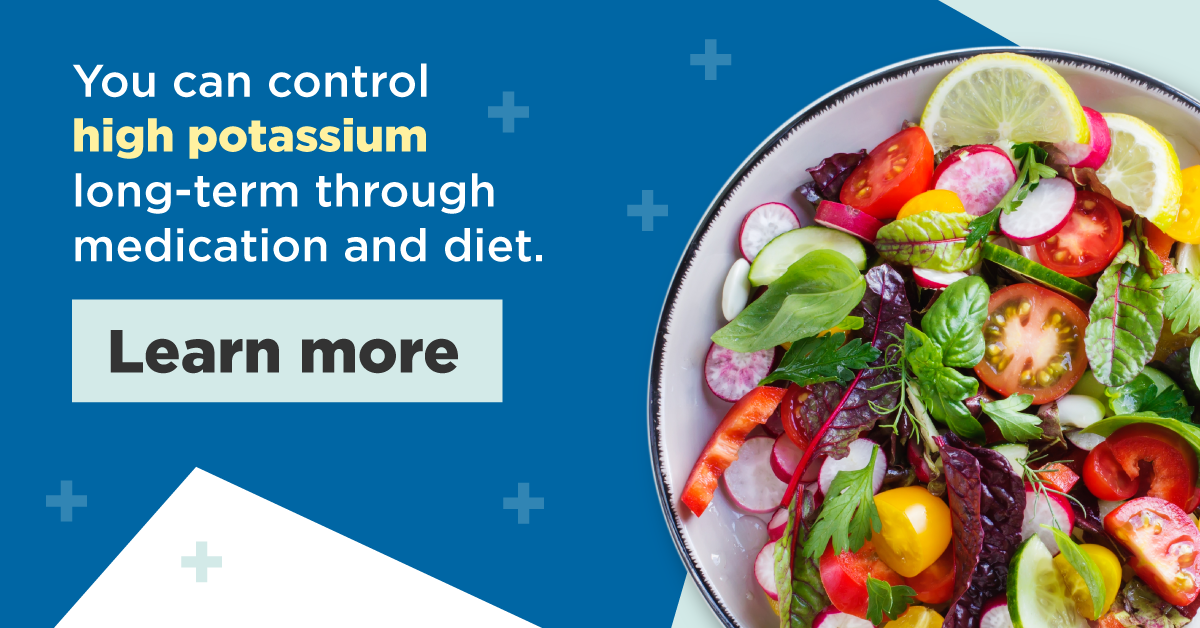 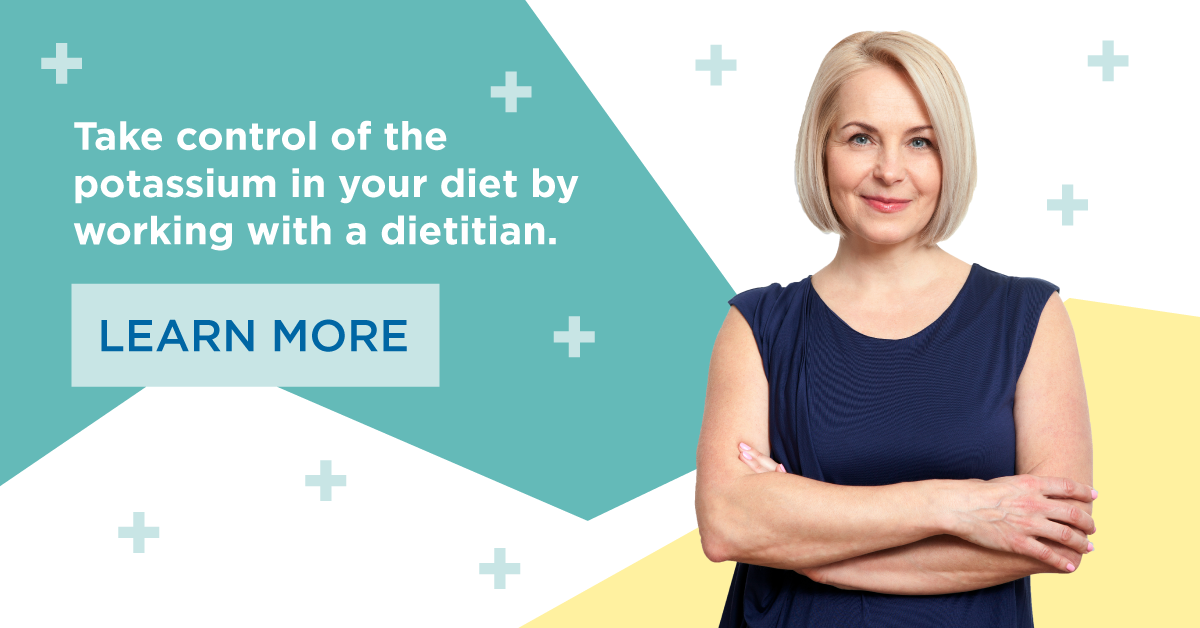 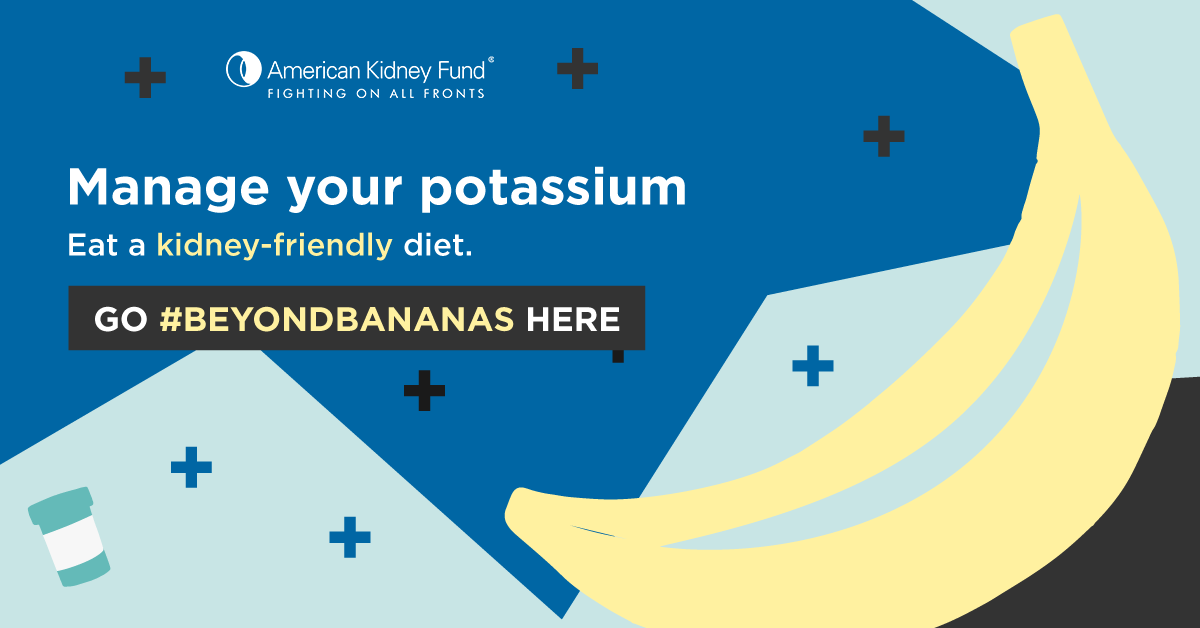 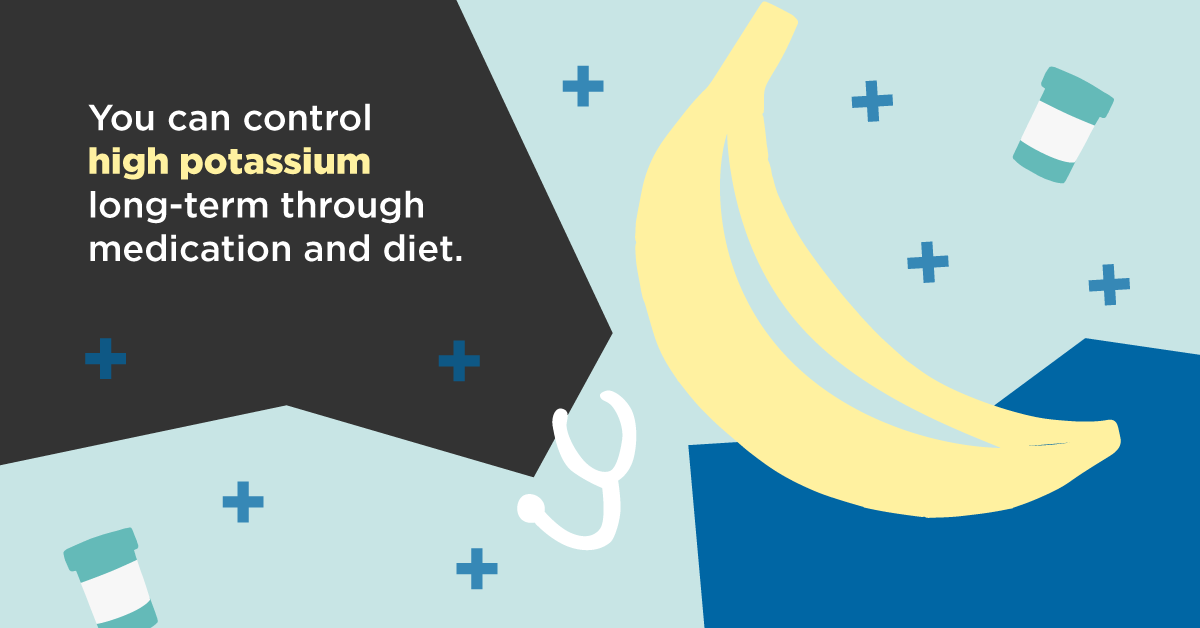