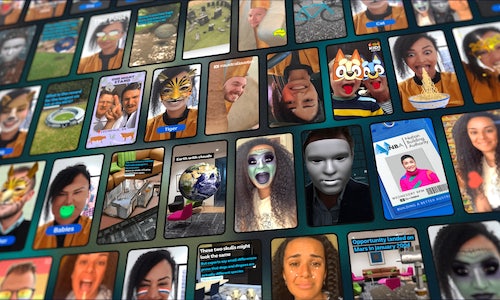 Can social filters get more people watching a TV show?  Can they teach you something? Can they help you celebrate or mark a special day? The ABC, Australia's national broadcaster, decided to find out by letting two people loose across multiple social accounts.

Our aim was to develop and publish a wide variety of AR effects based on our broadcast TV properties, to grow our social and broadcast audiences through fun, engaging experiences designed to be shared. As a national broadcaster, our content is usually seen as being ‘safe’, ‘stale’ and our audiences traditionally sit in older age brackets. We hoped this innovative project would help change that perception.

A team of two had 6 months (and no ancilliary budget) to create AR lenses/effects that would publicise the ABC’s current broadcast content offerings. They worked with various 3rd party rights holders to get designs approved whilst constently creating and releasing innovative AR experiences across various entertainment and factual ABC accounts on Instagram and Facebook. All up, 35 AR effect and filter experiences were released. Highlights include:

* A FB mask effect that allows kids to act as their favourite characters from hit kids TV show ‘Bluey’. This experience inspired a huge influx of UGC videos from parents and kids across the country play-acting their favourite scenes from the show and posting them on the ABC Kids Community FB page. That experience was acquired by the BBC for their international ‘Bluey’ page.

* A series of 7 effects echoed the key plot points from each episode of an innovative comedy series shown on IGTV. The effects, available on both Instagram (@abctv) and Facebook (ABC TV & iview) let audiences re-enact these plot points from the show, from eating spicy noodles on a livestream to dodgy makeup tutorials — even creating an anonymous hacker-style ransom video.

* A supporter effect to celebrate the finals series of one of Australia’s largest sporting codes, the NRL

There are not many broadcasters in the world that have released 1 effect, let alone more than 30 across their factual, news and entertainment brands.

All up, our AR experiences were downloaded more than 3 million times in 2019. A few key successes drove ~300% increases to our follower numbers and page engagement at the time of their release. We were the first broadcaster in the world to release news/factual storytelling content through AR lenses on Facebook.  We recieved a lot of feedback from audience members surprised that the ABC was leading the development of this type of content. And we have now built up a small team that will continue delivering AR effects for the various departments of the ABC. We have found that that these interactive software experiences allow audiences to engage with our brand in a way they never have before. They encourage creativity, immersion and most importantly, fun. 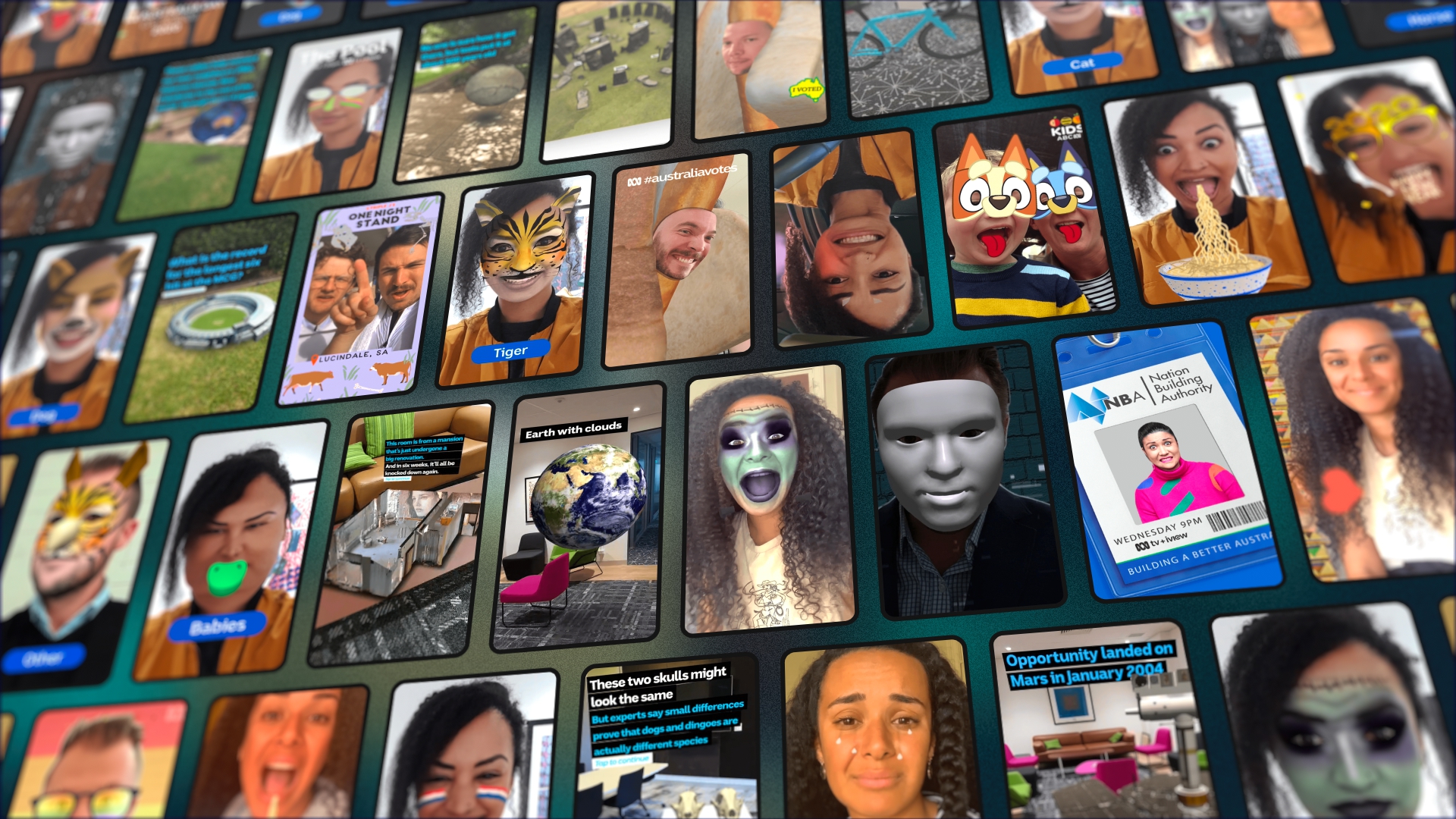