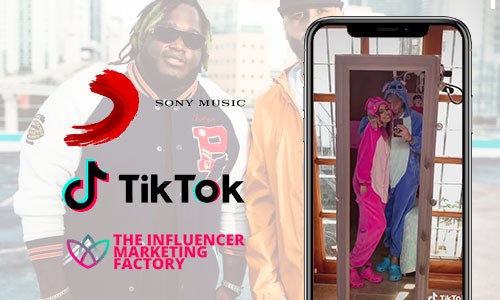 In 2019, Sony Music was looking for creative ways to see songs by three of their artists go viral. They didn’t have to look far until TikTok came into view as the ultimate platform to make this happen. TikTok allows users to make entertaining video clips as short as 15 seconds, and if the tune and content catch on, it creates a viral trend. Soon after, Sony sought out one of the top agencies in the world for campaigns on TikTok, The Influencer Marketing Factory, to oversee the execution of these campaigns. The Influencer Marketing Factory recruited top talent, organized one campaign per artist, and executed the results they were looking for: promoting Nicky Jam x Sech song, “Atrévete,” across Spain, Argentina, and Italy with the goal of reaching at least 7M viewers. They promoted Darell and Brytiago song, “Velitas,” across Spain, Argentina, Colombia, Ecuador, with the goal of reaching 25M users, and promoted the artist Reggeaton by targeting a U.S audience of viewers from Latin American countries. Using the content and platforms of top TikTok creators as a launching pad, The Influencer Marketing Factory’s three campaigns with Sony Music exceeded the original objectives set and reached a combined total of 80,297,400 users.

Recent data confirmed that 2019 was the first year that companies spent more money on digital marketing than on traditional advertising methods. Audiences love influencers they can identify with and content that is both relatable and relevant, which will ultimately impact their buying decisions. Now more than ever, brands and influencers are looking to nurture long-lasting relationships and develop quality content that goes well beyond product placements. Now that the data is available for brands to track the true return on their investment for these campaigns, and with the results being so positive across the board, many are shifting their budgets to prioritize influencer marketing above everything else.

Sony Music Entertainment hired The Influencer Marketing Factory to run an influencer marketing campaign focused on promoting the Darell and Brytiago song, “Velitas,” across Spain, Argentina, Colombia, Ecuador, and Peru, the Nicky Jam x Sech song, “Atrévete,” across Spain, Argentina, and Italy, and a playlist of Reggeaton songs to a Latin American audience living in the U.S. 20 influencers were hired to promote the “Velitas” song and 12 influencers created content for the “Atrevete” song. For the “Reggeaton Sony Music's playlist on Spotify” campaign, influencers selected a song from their playlist, created a video of their choice and included the link in their TikTok bio. The entire campaign centered on TikTok and each creator came up with a unique concept to accompany the song that their audiences would love.

For “Atrevete” we crafted the hashtag #showsomelovechallenge to start a viral effect in specific countries such as Spain, Argentina, and Italy. The Influencer Marketing Factory recruited strong personalities to create videos about how to show love to someone they care about. We partnered up with TikTok influencers with several millions of combined followers in order to maximize the chances of getting featured on the For You Page. 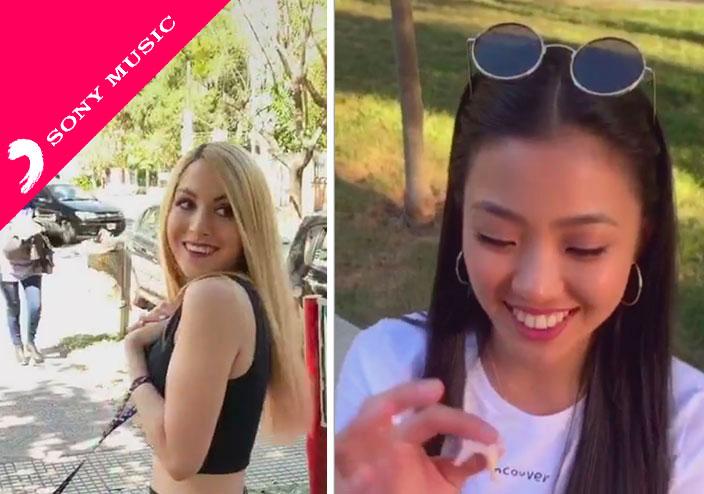 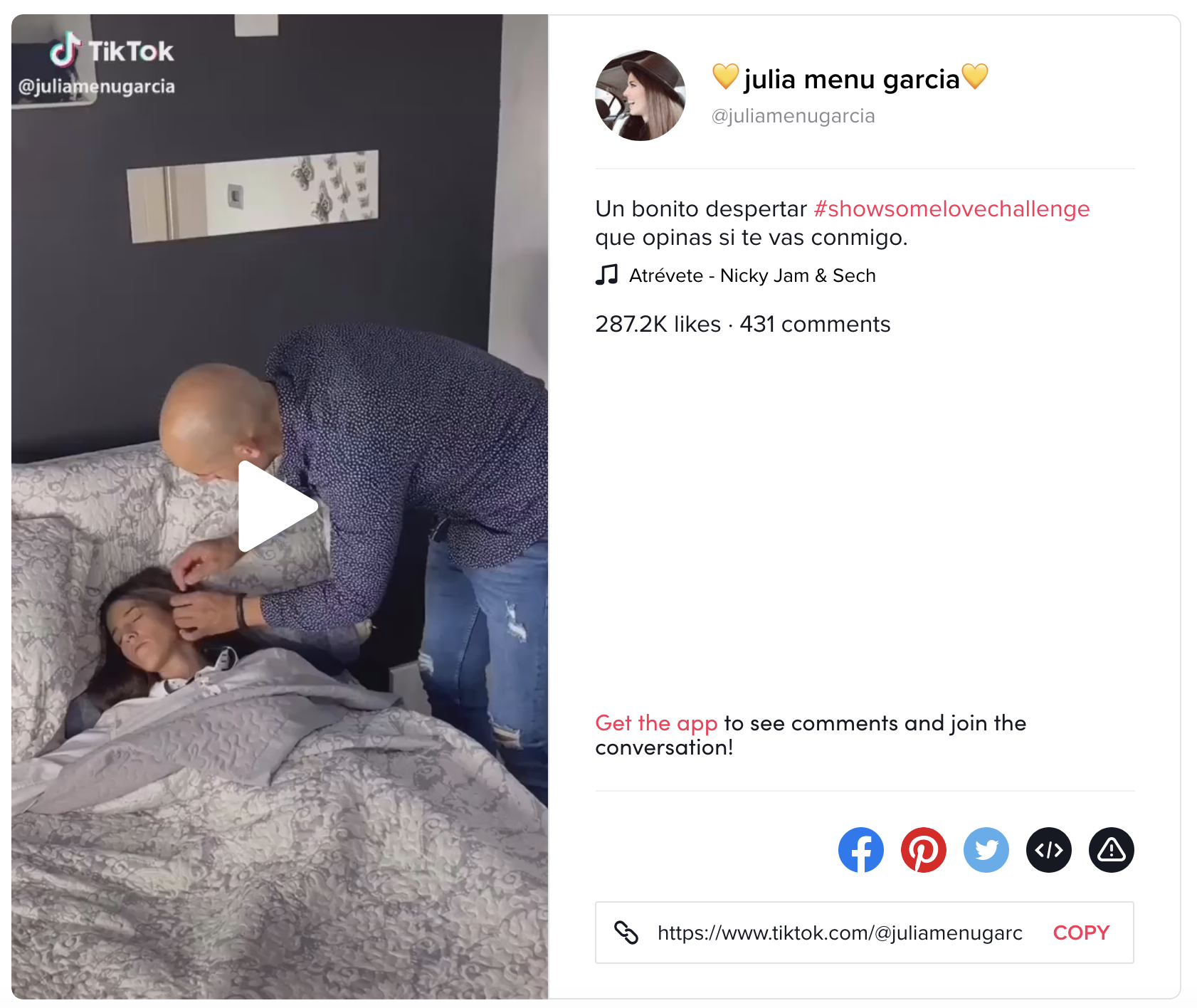 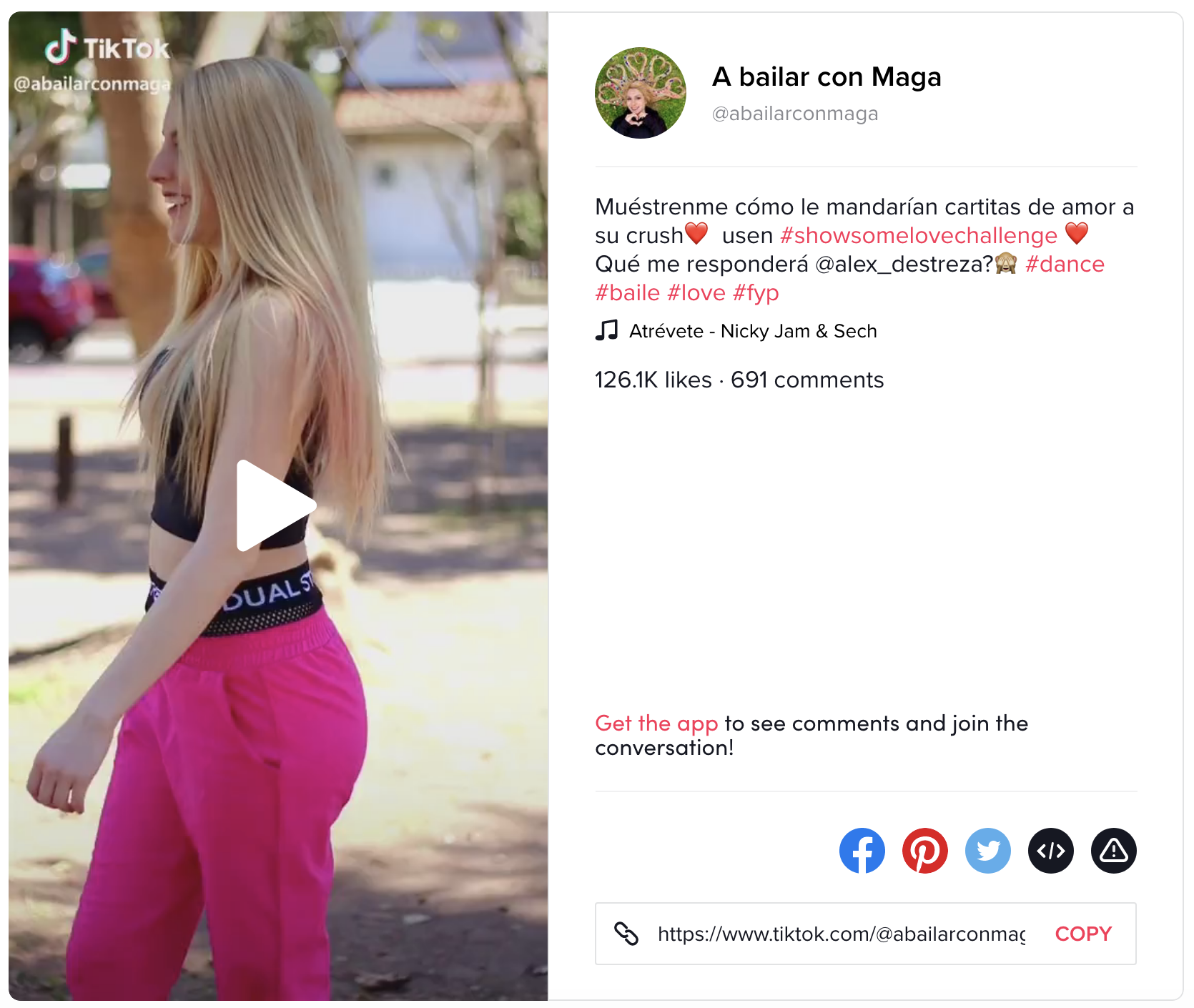 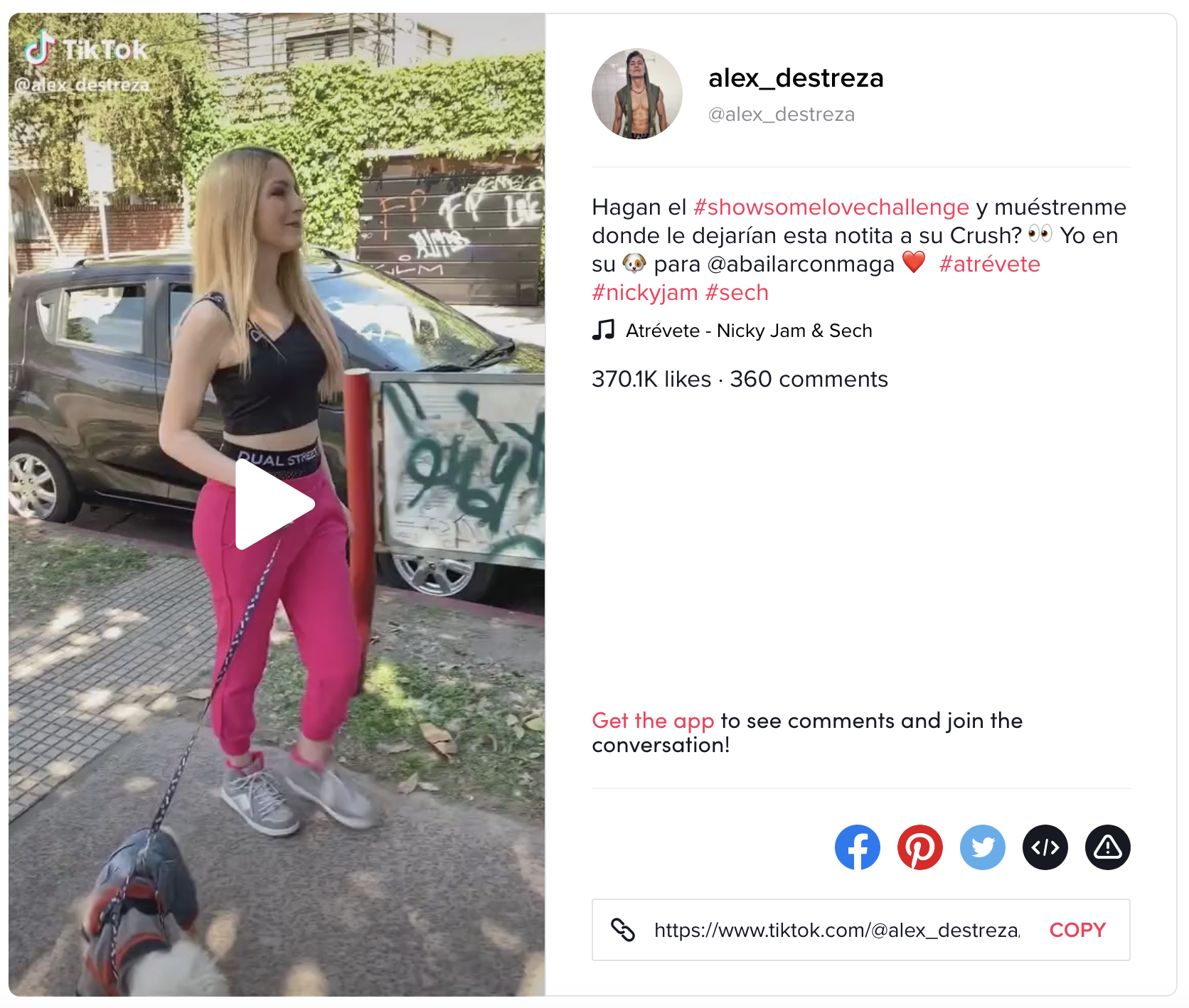 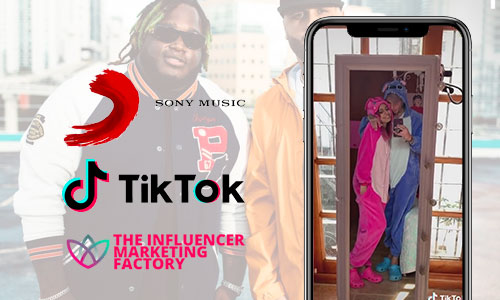 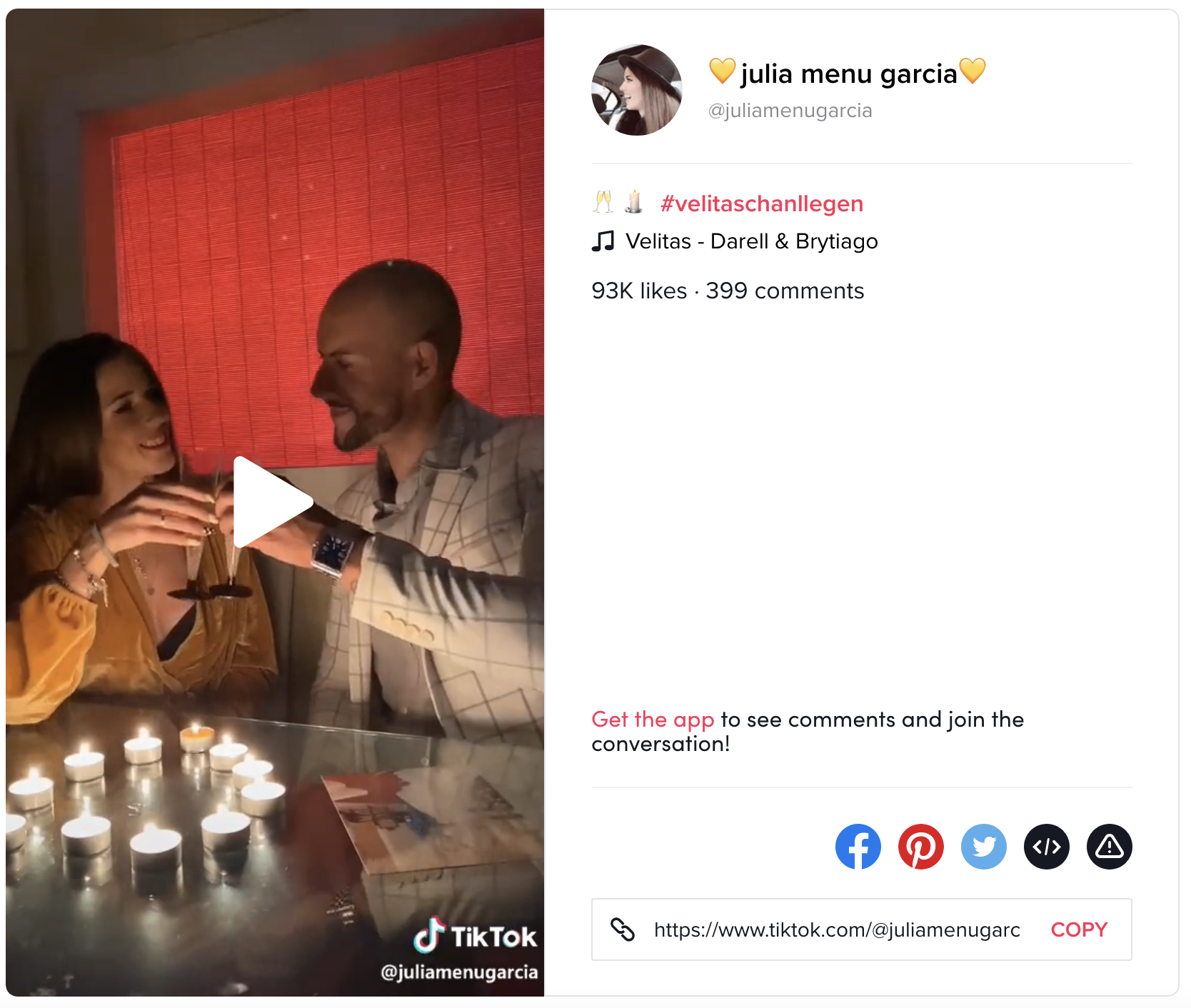 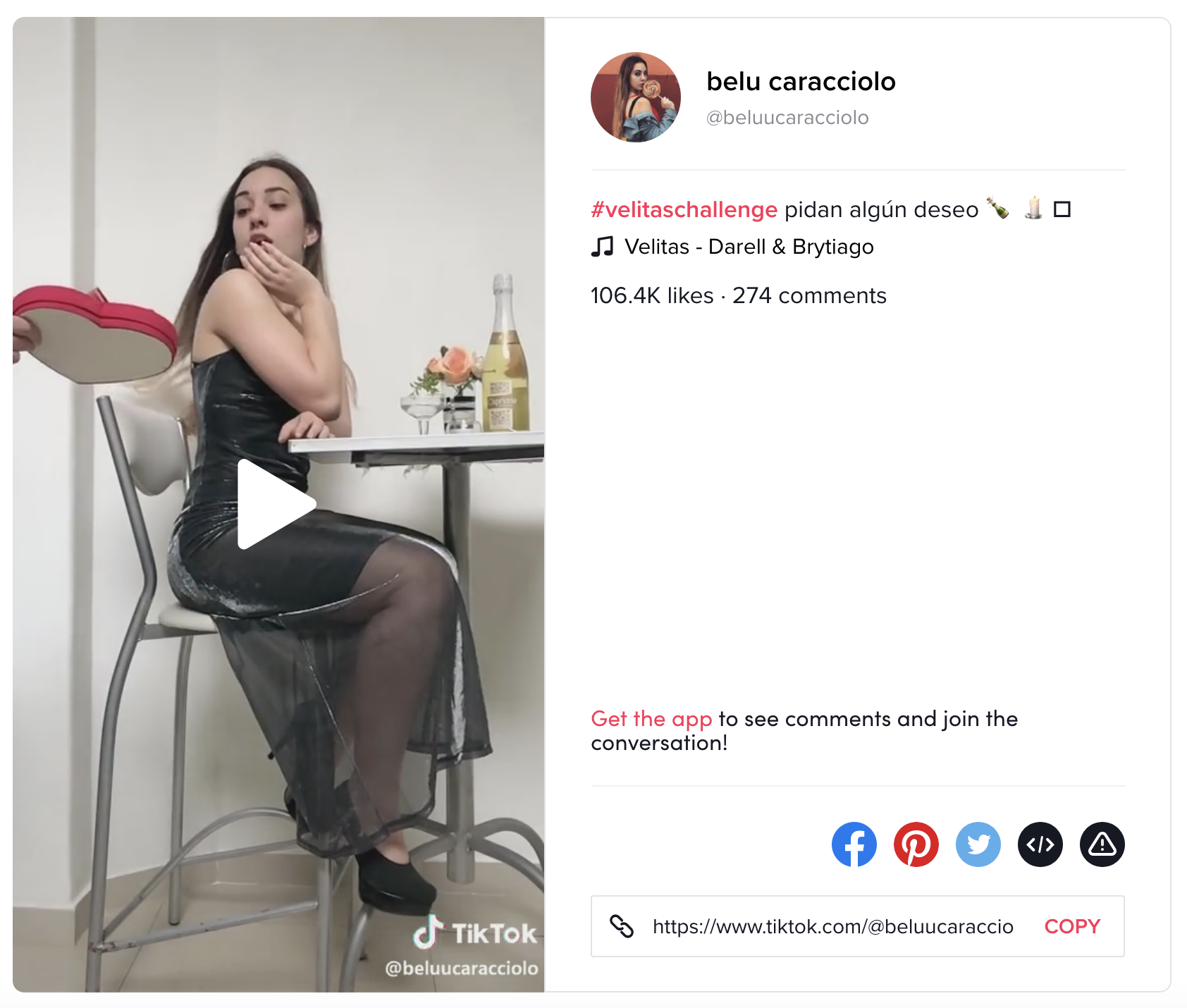 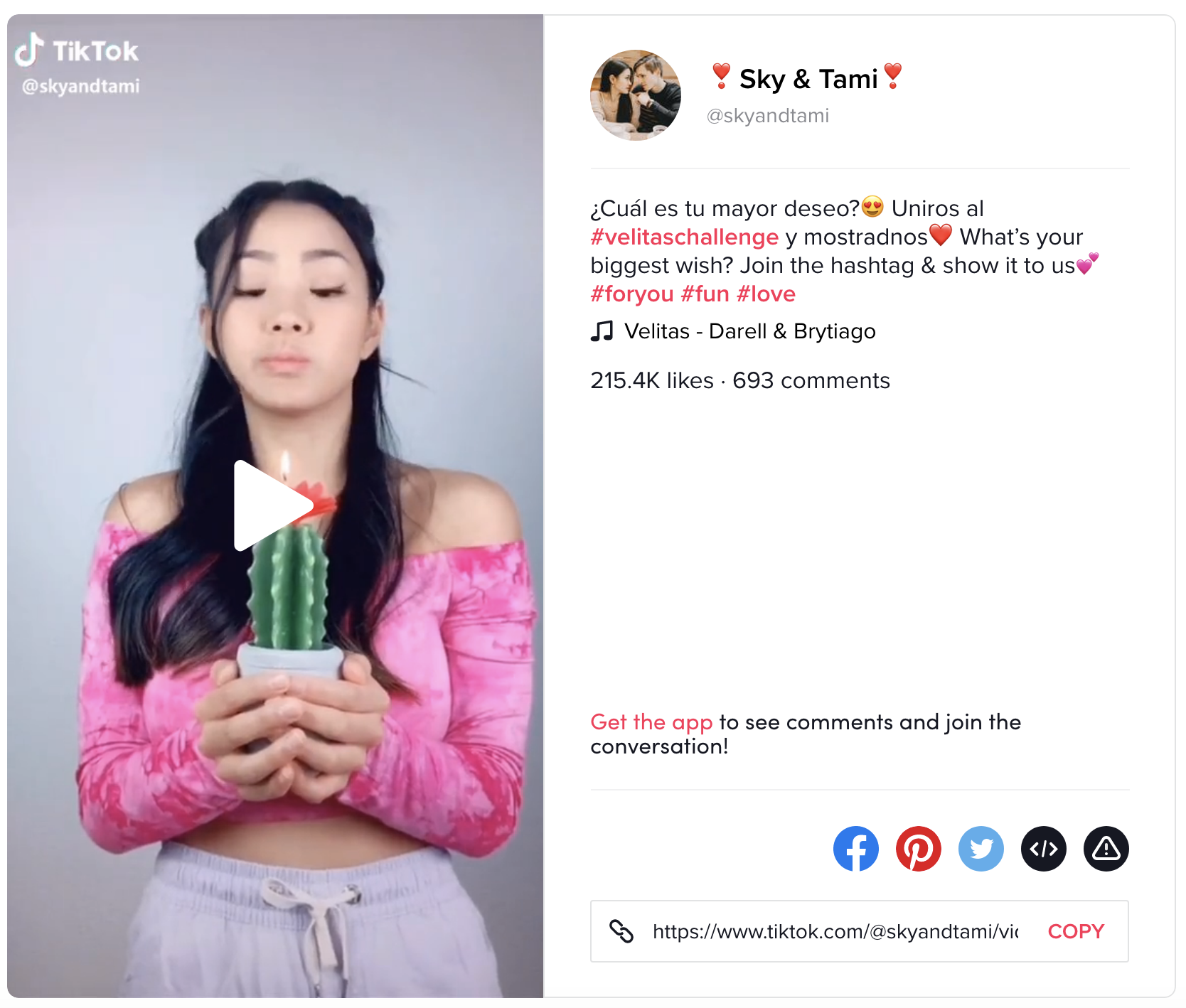 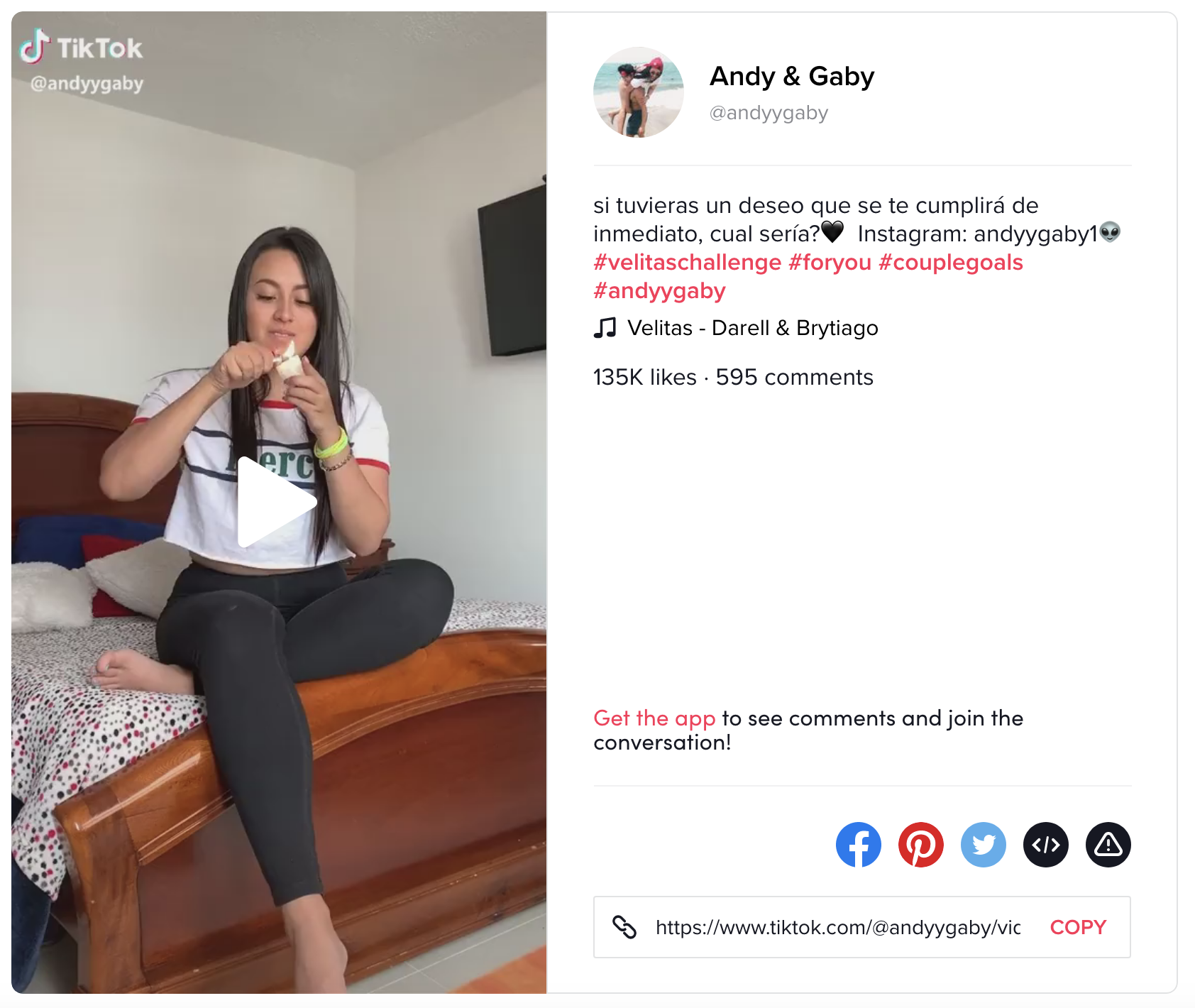 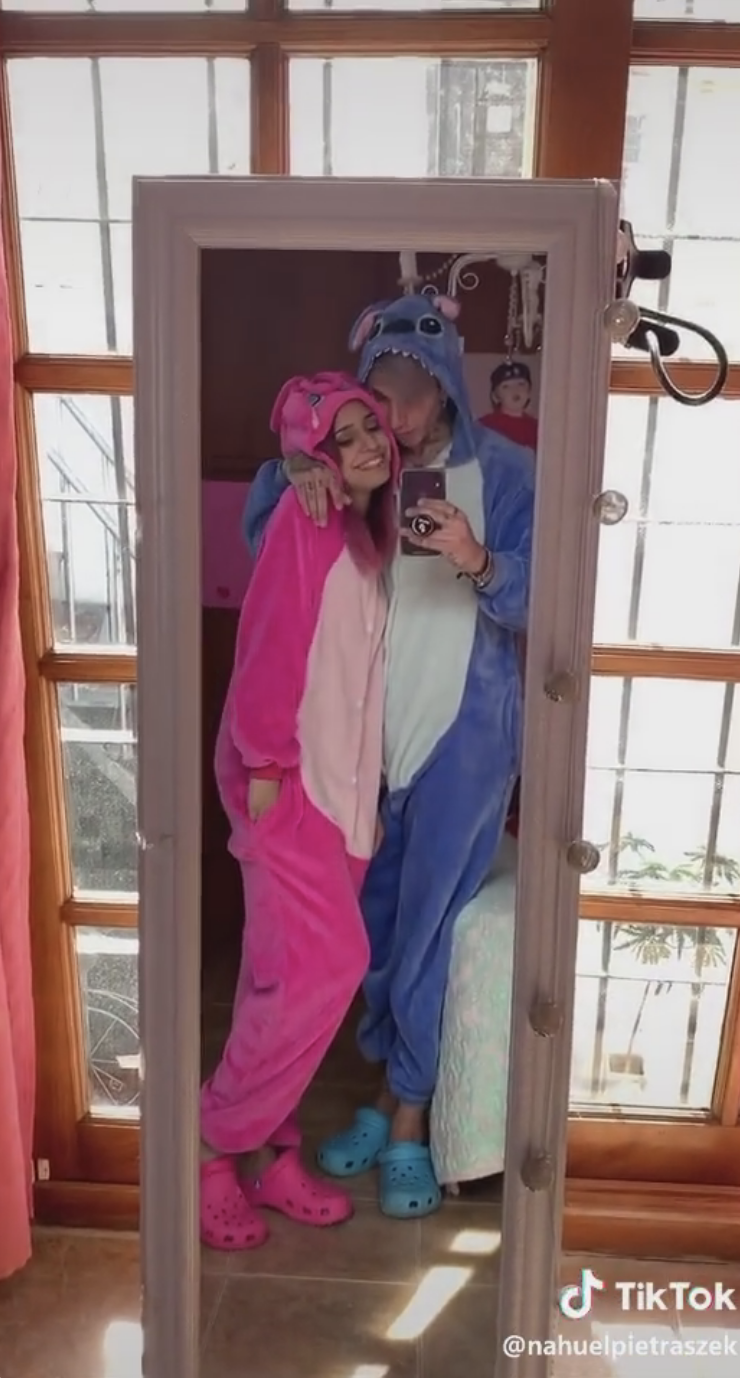