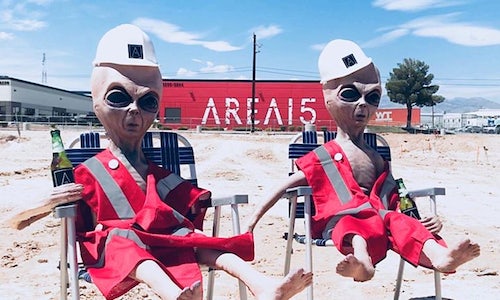 On June 27, 2019, a Facebook event titled “Storm Area 51, They Can’t Stop All of Us,” was created calling on the public to gather and raid the mysterious government site in rural Nevada at a later date in September. By July 13, the Facebook post became a viral phenomenon, event RSVPs catapulted to more than 2 million people responding “Going” and another 1.5 million “Interested” in “Naruto running” to “see them aliens.”

That same day on social media, the hashtags #Area51 and #StormArea51 began to take off, became trending topics across the web and started to get picked up by mainstream media outlets.

As the virality of the campaign began to grow, AREA15 was ready to get in on the action and join the conversation. AREA15, is a new immersive entertainment complex opening spring 2020 in Las Vegas, Nevada. While AREA15 is not an alien-themed destination, the brand takes inspiration from the mystery and intrigue of Area 51. Being part of the conversation was a must. The goal of the initial post was to intersect the brand into a viral phenomenon, gain new followers and increase engagement.

On July 13, 2019, AREA15 posted to its social media pages it would be creating an event of its own. The post used AREA15’s unofficial alien twin mascots to share the news of hosting a “viewing party” and invited followers and fans to “come to AREA15 to watch what goes down. Costumes and tin foil hat required.”

The posts on Facebook, Twitter and Instagram garnered the brand’s highest engagement since the channels were established. Mainstream press outlets, covering the storming event being planned at Area 51 began to include AREA15’s Twitter and Facebook posts in their coverage, leading to more engagement and followers.

Following the initial post, we quickly moved into planning mode and the “AREA15 Storming Soiree” was born. Outreach and engagement around the event centered on asking social followers to share their best intergalactic costumes for their chance to receive a spot to attend the event, slated to happen before the storming of Area 51.

The outreach culminated with AREA15’s Storming Soiree party on Thursday, September 19, complete with a live performance by Big Nazo Intergalactic Creature Band, an alien dance by AREA15’s Director of Content and Cool Sh*t, Chris Wink, and hundreds of alien- and galactic-themed guests.

The Facebook, Twitter and Instagram posts on AREA15-owned channels became a viral sensation themselves and users were eager to learn more about AREA15’s live-stream event. The post garnered the following results across social media and online channels: 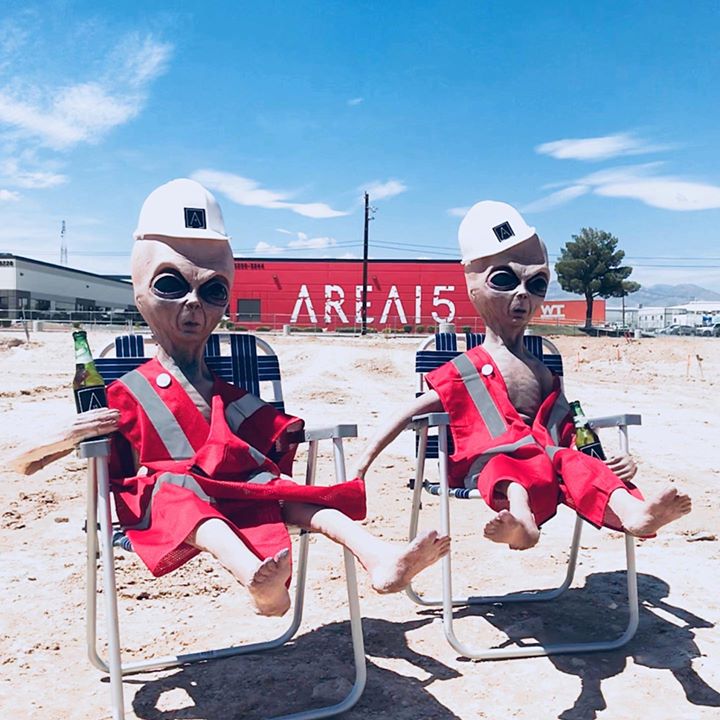 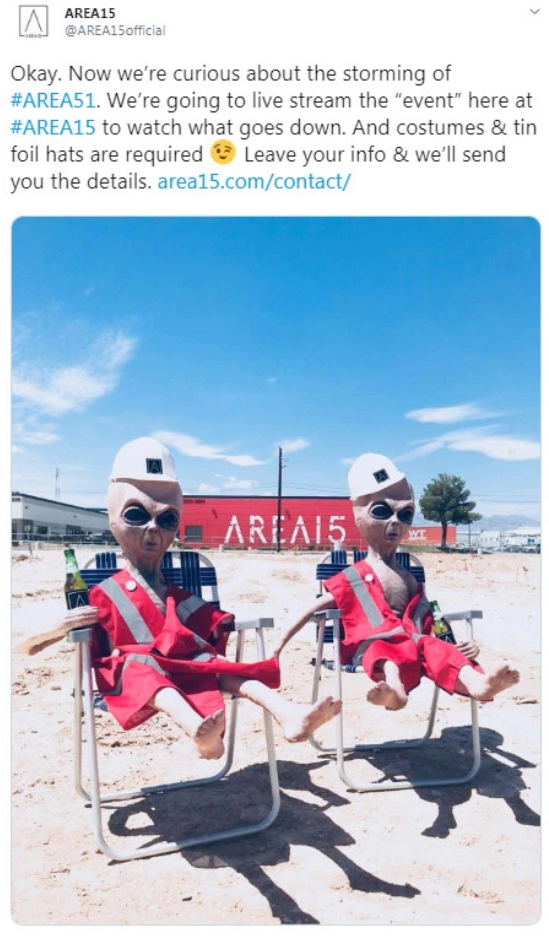