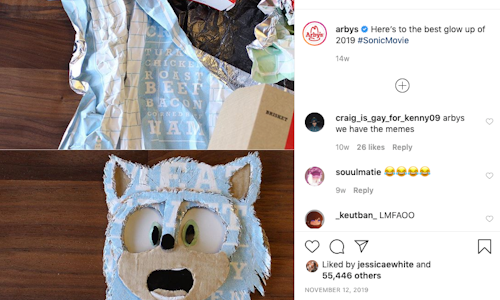 Over the last few years, Arby’s has developed a cult following on its social channels by creating highly relevant content for niche audiences, such as gaming and anime. We’ve identified these audiences as fervent fan bases that are hungry for more relevant social content. In order to stand out from other brands on social, we’ve created a unique art style by crafting gaming and anime content made from actual Arby’s food packaging.

Our ongoing objective is to continue building brand love by being one of the most talked-about and engaged-with QSRs on social––and building that love means appealing to a younger and more digitally savvy audience by creating content that feels genuine, all while participating in relevant, real-time conversations.

The studio behind the Sonic the Hedgehog movie made major 3D design updates to Sonic as a result of massive fan complaints because of his depiction in the trailers. Sonic’s makeover was a trending topic across social, so Arby’s leveraged the trending conversation to create a meme based on a popular meme format. To do so, we created a “before and after” image of Sonic using our popular Arby’s packaging build medium. Arby’s added some additional flair and snark by depicting the before image as literal paper trash, reflecting the widely accepted assumption that the first designs of Sonic in the original trailer were not acceptable. The content we created drove social engagement among our fans and built upon Arby’s well-established relevance within the gaming space by activating quickly, while the conversation was still hot.

The Arby’s team acted quickly on the meme opportunity by acknowledging the Sonic character’s transformation via a packaging build––the medium that our social media audiences have grown to love. 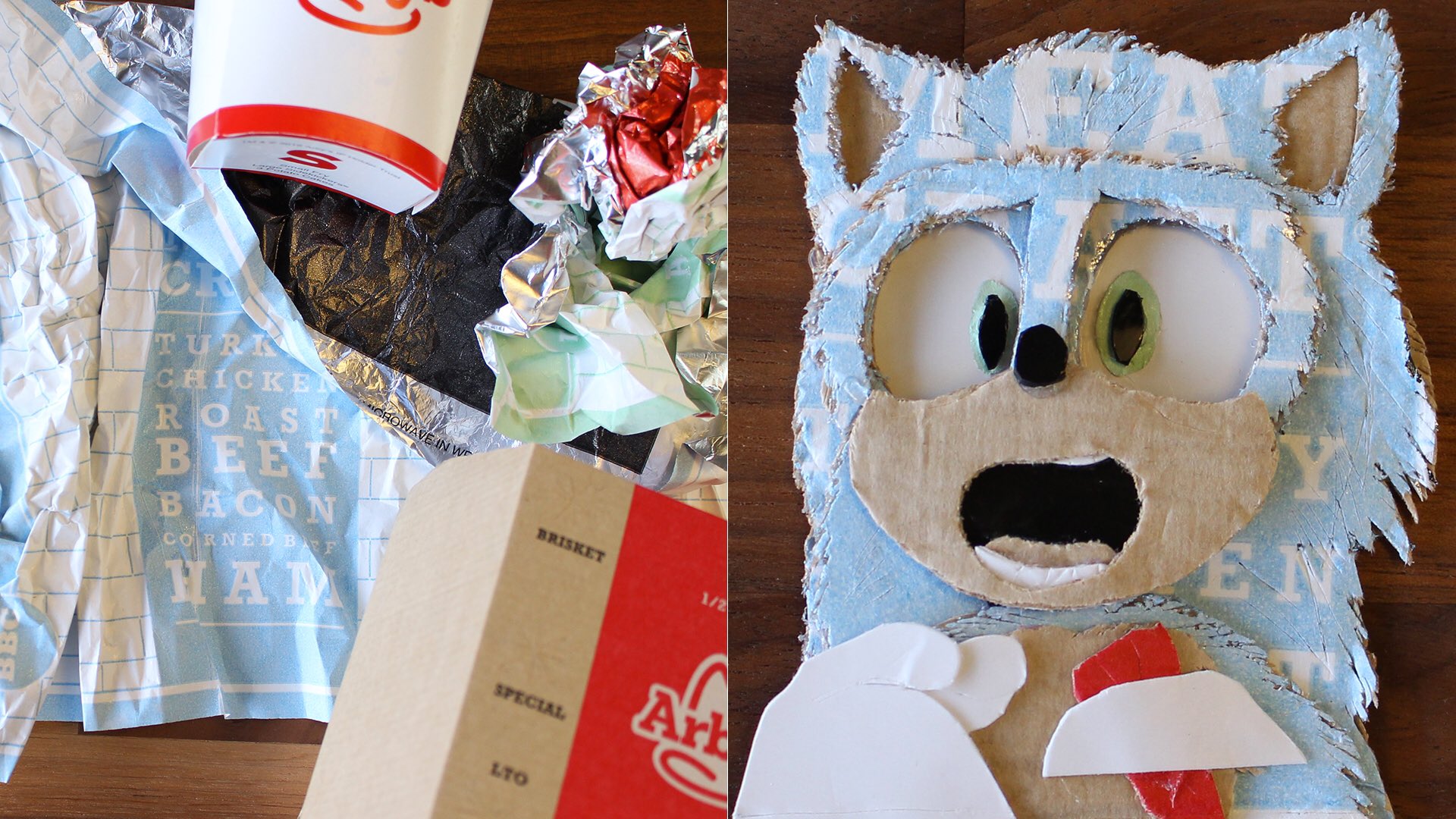 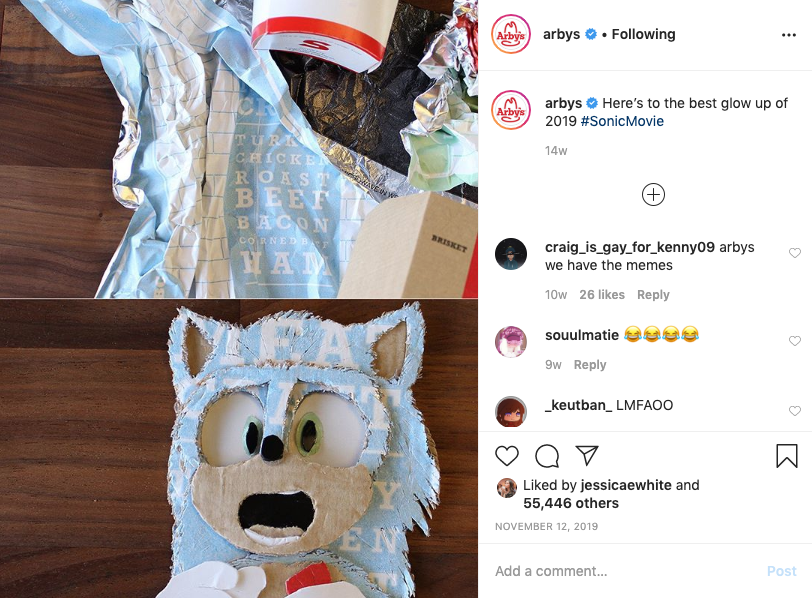