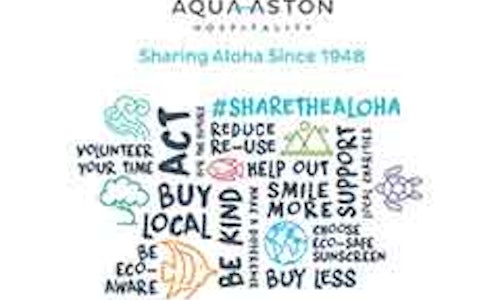 As one of Hawaii’s largest hotel management companies, Aqua-Aston Hospitality (AAH) has overcome obstacles once positioned as detrimental - including revenue dips during shoulder seasons and a subscription decline to its A-List loyalty program. As an immediate call-to-action, AAH combatted this revenue downturn by introducing a brand-wide initiative using its influential platform to regain the attention and engage with the company’s 5.5-million guests each year.

In 2019, AAH sought to signify its 70-year milestone with a campaign that would not only generate direct revenue and stimulate its loyalty program, but one that would also resonate with the local community and visitors. After conducting market research, the company noted the growing consumer demand for sustainable tourism – a natural fit for AAH since it had already been investing in environmental stewardship, supporting arts / culture, and promoting the principles of tolerance and diversity. The company sought to reposition itself as a business that consumers can feel good about supporting due to its sustainable tourism commitment.

While “aloha” is the Hawaiian word associated with “hello” or “goodbye” it also signifies compassion and kindness, which is the foundation of the #ShareTheAloha campaign. By sharing acts of kindness and making positive choices that help protect the environment, Aqua-Aston remains loyal to company values and serves as an advocate to the community. The campaign was intended to demonstrate the positive contributions that the company had made over the past 70 years, and to demonstrate why Aqua-Aston is a good company to do business with for the next 70 years and beyond, because it is a company that is committed to the community and to conducting its business according to the principles of sustainability.

AAH reviewed similar commemorative campaigns that had launched in the year prior to the #ShareTheAloha campaign, including work by Hawaiian Airlines, competitor Outrigger Hotels and Resorts, the Foodland grocery chain and the Bank of Hawaii. The company sought to define a unique approach that would not come across as self-congratulatory and that would resonate with the local community. In addition, Aqua-Aston sought to:

To kick off #ShareTheAloha, AAH sought out a partnership with a local news outlet to promote the celebratory campaign on social media and hosted four TV-segments to promote and praise Hawaii’s community leaders on their efforts towards bestowing random acts of kindness to others. To show gratitude towards these individuals as well as deserving members of the community, AAH launched the three-component campaign on its social media channels by encouraging:

The campaign was amplified using a rich mix of media. Implementation also included community activations; website merchandising; TV, social, display and remarketing ads; PR; email marketing; and organic social media. The promotional offer was available only to A-List members, including 15% off best available rates, a complimentary upgrade and an eco-friendly celebration gift. To make it easier to start sharing the aloha, the gift included a handmade reusable bag by a local woman-owned small business, reef-safe sunscreen and a reusable stainless-steel straw.

#ShareTheAloha is the company’s most successful campaign to date and what began as a 4-week long campaign extended to 6-weeks and finally 8-weeks due to the unprecedented consumer response.

AAH web site traffic spiked by 94%; traffic to the A-List landing page increased by 80% - making the A-List page the most popular page on the site overall. 2,252 new A-List sign-ups, a 180% increase; 220% increase in sessions to the A-List offers page. 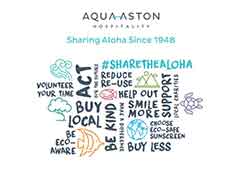