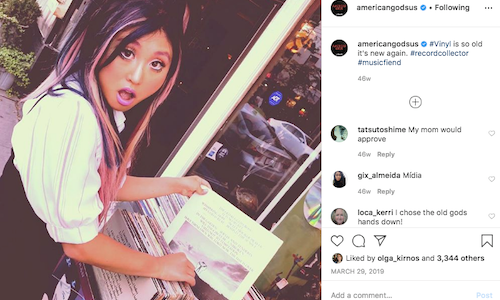 In American Gods, new and old deities live among us. In the real world, you're likely to be spending the majority of your day with your head bowed to your phone, worshiping the goddess New Media. Liking, following, commenting on the same content from different influencers and brands until your thumbs are sore. Season 2 of American Gods asked "what if all that activity brought New Media to life?"

This evolution of Neil Gaiman’s novel showed just how powerful social media can be, and with the ultimate influencer at our disposal, we couldn’t help but feed that power by sacrificing our Instagram account to the goddess herself to test the boundaries of what a brand account can be. New Media would be opinionated, uniquely meta, bold, and above all, ❤️likeable❤️

As conversation built throughout the American Gods Season 1 catch up marathon, each viewer unknowingly fueled the power of New Media, who began to take form as an entity on the @AmericanGodsSTZ Instagram account. Here, the final piece of the Season 1 mosaic slowly revealed itself in the form of an error page, hinting at the rebirth of the character and allowing the previous creative to still have a place and purpose on the page.

In season, New Media served as the voice for the account, offering commentary on influencer culture, egging on other accounts, and of course giving her opinion on the state of gods in America. But the battle between old and new gods is always finding balance, as fans of Gaiman's novel well know, so true #GodSquad members were able to find hiccups in New Media's dominance in the form of easter eggs throughout the account. From featured page numbers that hinted at what was to come, to characters tucked away in plain sight; the @AmericanGodsSTZ account is a "Where's Waldo" of content that offers more each time you revisit a post.

This change to our account resulted in a 74% increase in fans season over season, and a more engaged fan base as people tagged their friends and used the opportunity to chat with a goddess. 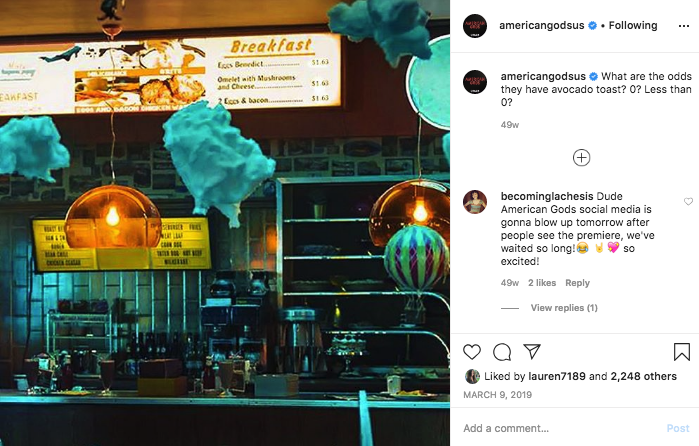 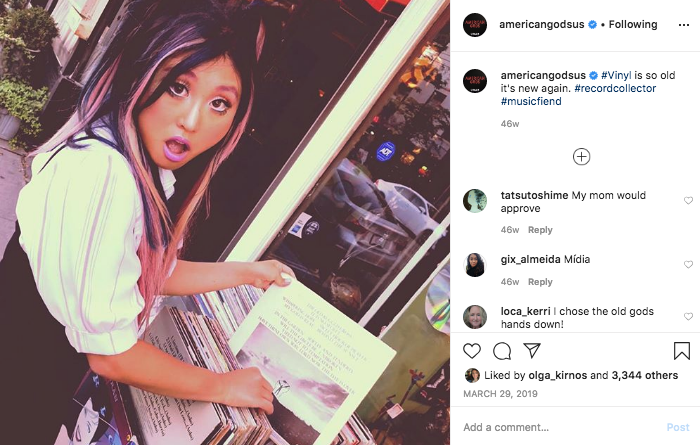 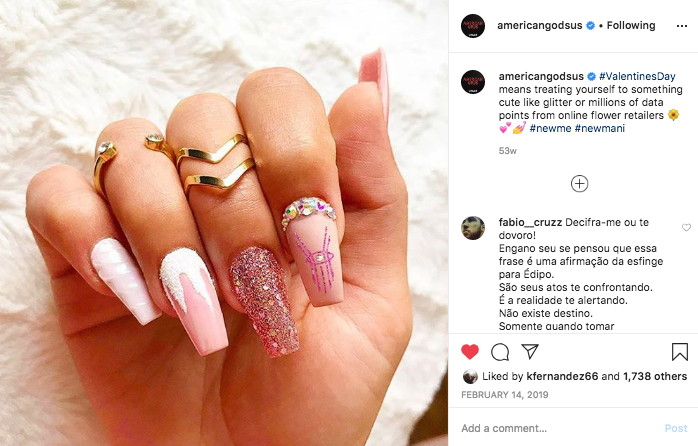