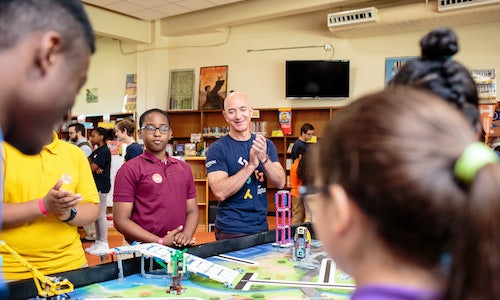 The goal of Amazon Future Engineer is to reach kids like Leo, a brilliant teenager from an underserved community, with few resources to pursue his dream of working in computer science. We realized that STEM education, and the need to bring it to underserved communities, can feel intangible – even cold. Leo’s story got to the heart of the issue, introducing our audience to students who have financial need sometimes holding them back, yet have all the talent and grit to be among the elite in a cutting-edge field. What would it mean to one of these kids to get a once-in-a-lifetime opportunity to advance themselves?

Amazon Future Engineer is a childhood-to-career program aimed at inspiring and educating students from underrepresented communities to try computer science and coding – from workshops and coding camps to AP classes, scholarships, and internships.

Started in 2018, the communications goal for year two was clear: Build awareness of the initiative to show our commitment to computer science education and ultimately support the goal of reaching hundreds of thousands of students each year. In addition to PR, digital media, events, and internal communications, social media would be a critical channel for highlighting the real-time impact of the program, engaging and celebrating participants, and inspiring other schools, teachers, and students to get involved.

To address the goals, we narrowed social media efforts on three priority strategies.

1. Being resourceful with content by investing in a few originally produced pieces and relying on content from participants and partners. To increase awareness, we focused effort and resources not on creating high volumes of content but on getting content to reach the right audiences. To that end, just two original video pieces were developed – one that profiled a deserving Amazon Future Engineer scholarship recipient, Leo, and one that showcased a remote Alaskan town that had benefited from the program. These were then edited to create a suite of more than 20 photos and shorter videos that were published on social throughout the year.

However, we also leaned on participating schools, students, and partners for social content. We enlisted teachers to record students’ reactions when they received the news that they had earned a $40,000 college scholarship. With the clips, we created a short, sharable highlight reel of the students’ elated reactions. We also published positive media coverage, posts from partners, like Code.org, and tweets from schools that expressed their excitement.

2. Activating a wide variety of social channels to reach an array of audiences. To reach customers, employees, media, and current and prospective program participants, we deployed content across various social channels – AmazonNews Twitter as well as the Amazon LinkedIn, Facebook, Instagram and Twitter pages.

The impact of the stories was felt organically within Amazon, and executives and employees were deeply touched and wanted to help. This spurred additional content, interest, and awareness. Top executives amplified the effort on their social accounts. Jeff Bezos took a personal interest after reading about one of the students and shared four posts – including the video profile about Leo and a video of himself meeting Leo in person.

We also encouraged participating schools to post on their own social accounts and made it easy for them by providing suggested copy and images. Influencer and celebrity partners, such as singer Ciara and Twitch influencer Deejay Knight, shared their involvement with their social followers as well.

3. Leveraging moments to capitalize on existing social conversation. In addition to key program milestones, we identified relevant days that allowed us to insert Amazon Future Engineer into a larger dialogue. For International Day of the Girl, a behind-the-scenes look at a TODAY Show integration showcased how three students received a trip to Amazon’s Seattle headquarters to be Amazon Future Engineers for the day. During December’s worldwide Hour of Code, social posts showed how Amazon employees donated their time to teach kids to code.

We even used social media to create a virtual event – a live video tour of an Amazon fulfillment center that demonstrated robotics and coding in action. Published on Twitch, Facebook, and Twitter, the livestream was aimed at students and teachers but also exposed Amazon customers to the initiative.

Furthermore, the program is truly changing the lives of students from underserved and underrepresented communities. Social media supported the huge growth of the program in 2019, reaching hundreds of thousands of students and funding computer science courses in more than 2,000 high schools across the country. The number of scholarship applicants grew by 38% year over year, and its success even lead to the expansion of the program to the UK in September. 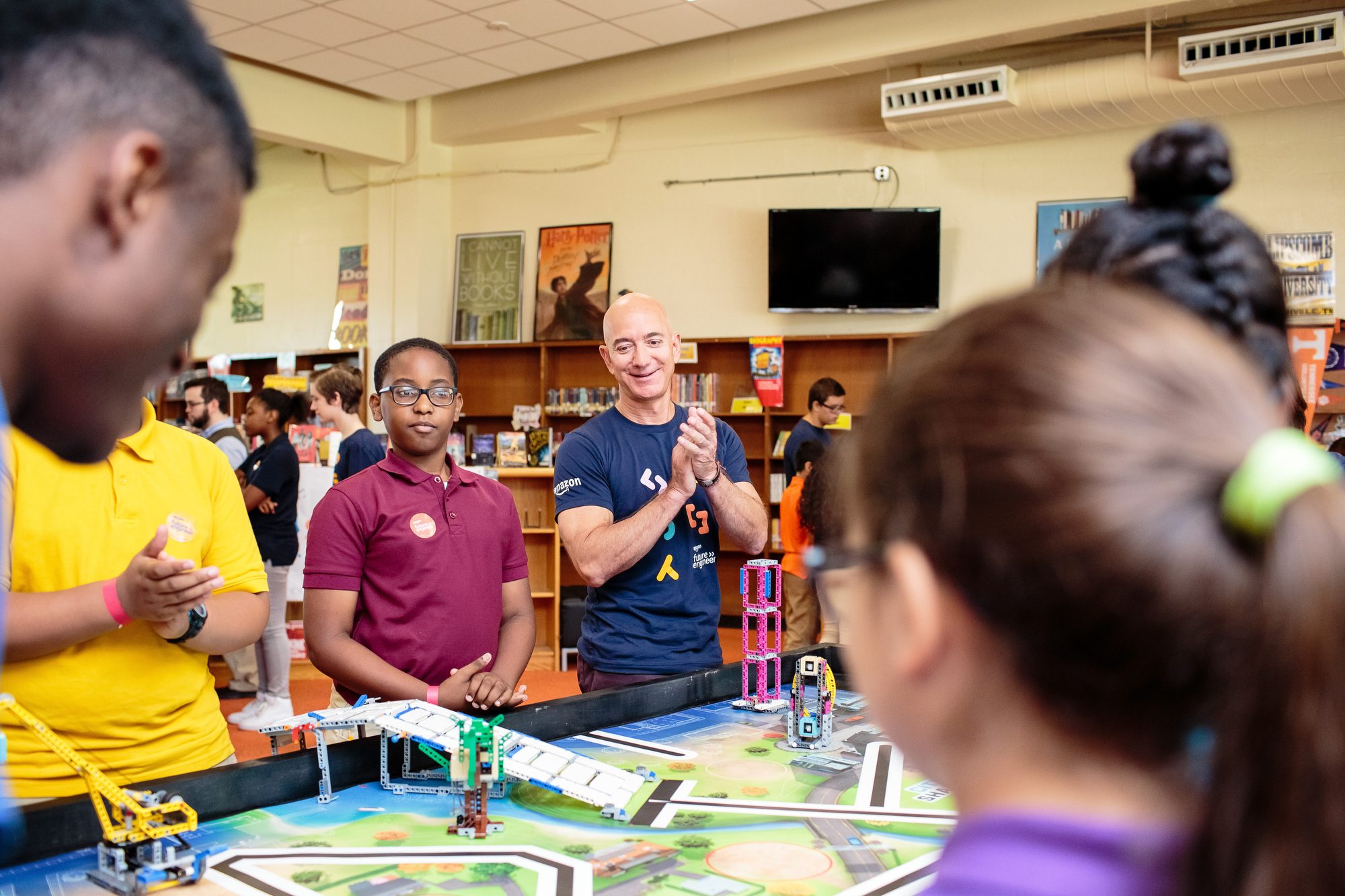