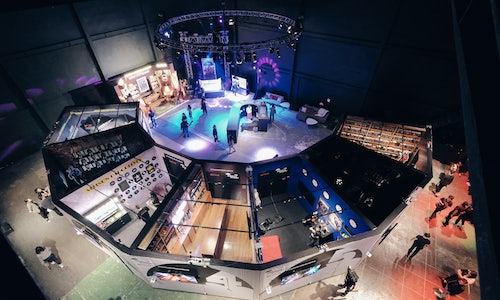 The Umbrella Academy was an unknown Netflix Original, devoid of major star power based on relatively unknown source material, a comic written by Gerard Way (lead singer of My Chemical Romance).

Our brief was to launch the show in the Philippines to an audience that had little, to zero knowledge of it and its characters.

We didn’t have access to the usual marketing material or any Hollywood celebrities, so we were tasked to come up with an idea that introduced the show’s themes, plot and characters.

In addition, the experience needed to be powered by Netflix’s in market partner companies SMART, PLDT and LG.

Our primary focus was to grow the Netflix user base through:

We needed to give audiences a reason to watch and talk about the show. Position it as a fresh take on superheroes; each with unique stories, backed by a rich narrative, to deepen category and brand awareness.

Our target audience was social savvy 18 to 35-year-old Filipinos, Superhero & Sci-Fi Fans in a very cluttered market. The Philippines has the largest users of social media in the world with an average daily dwell time of 4.2 hours * (Statista 2019: Average time spent using online media in the Philippines in Q2 and Q3 2018) making it hard for them to switch off. They are highly active on social media specifically through local celebrity culture and also crave participation that allows them to create content to showcase their enviable lifestyles, knowledge or exclusive access.

To connect with our audience we needed to make sure our activation existed in the physical world but played pre-dominantly across social media.

Playing on the Pinoy obsession, we identified influencers as an effective channel to drive hype. However the show’s premise seemed too niche for any one particular influencer (and their audience) to be right.

We shifted focus from the show’s potentially confusing genre to the more easily understood traits of the individual characters. This led us to pair each character to a different influencer, multiplying the breadth of our appeal by 7 and reaching audiences we would otherwise struggle to engage.

The Umbrella Academy features 7 unique siblings with super powers who have to set aside their differences and work together to save the world.

We brought together 7 super influencers personifying The Umbrella Academy’s 7 superheroes and challenged them to uncover the mysteries of the show with the help of their followers, to unlock 1 super party and launch the show to 7 unique audiences.

The live experience brought these diverse influencers together to solve a common challenge, giving us an avenue to drive awareness with our influencers’ audiences about the diverse range of characters (and their powers), providing an easy entry to an otherwise intimidatingly complex show.

We built a socially-connected activation in Manila comprised of 7 unique sets, containing tasks and elements related to our 7 heroes which our 7 super influencers had to escape from to join the super party and see a preview of the show.

To unlock their room, our 7 local heroes (influencers) had to use their characters superpower in harmony with Netflix’s partners (PLDT, LG and SMART) super-tech and their super fans through Instagram live.

Over 100 micro and mid-tier influencers attended (each with a following ranging from 50,000 – 500,000), accompanied by fans and media. They followed live posts, assisting our heroes in solving puzzles whilst posting about their experiences to their combined social following of 3.9 million.

The whole set came together to form the iconic Umbrella from The Umbrella Academy logo, which was livestreamed into the space.

The campaign created digital ripples across social media by utilising influencers with individual follower numbers ranging from 5,000 to 2.7 million. The activation was completely constructed to be digitally amplified and connected to social media at all times.

Our main objective was to drive total awareness of the show and introduce themes and character traits to a largely unaware audience. Using varied influencers, we were able to target seven unique audience groups and amplify this by a wider social media following comprised of our Nano Influencer’s fans.

We had a combined total of 7.9 million social reach, which resulted in three times more social engagement when compared to any other Netflix event-based campaign. We also earned over 100+ online and press articles acknowledging our event as a success which equates to $493k in earned media. 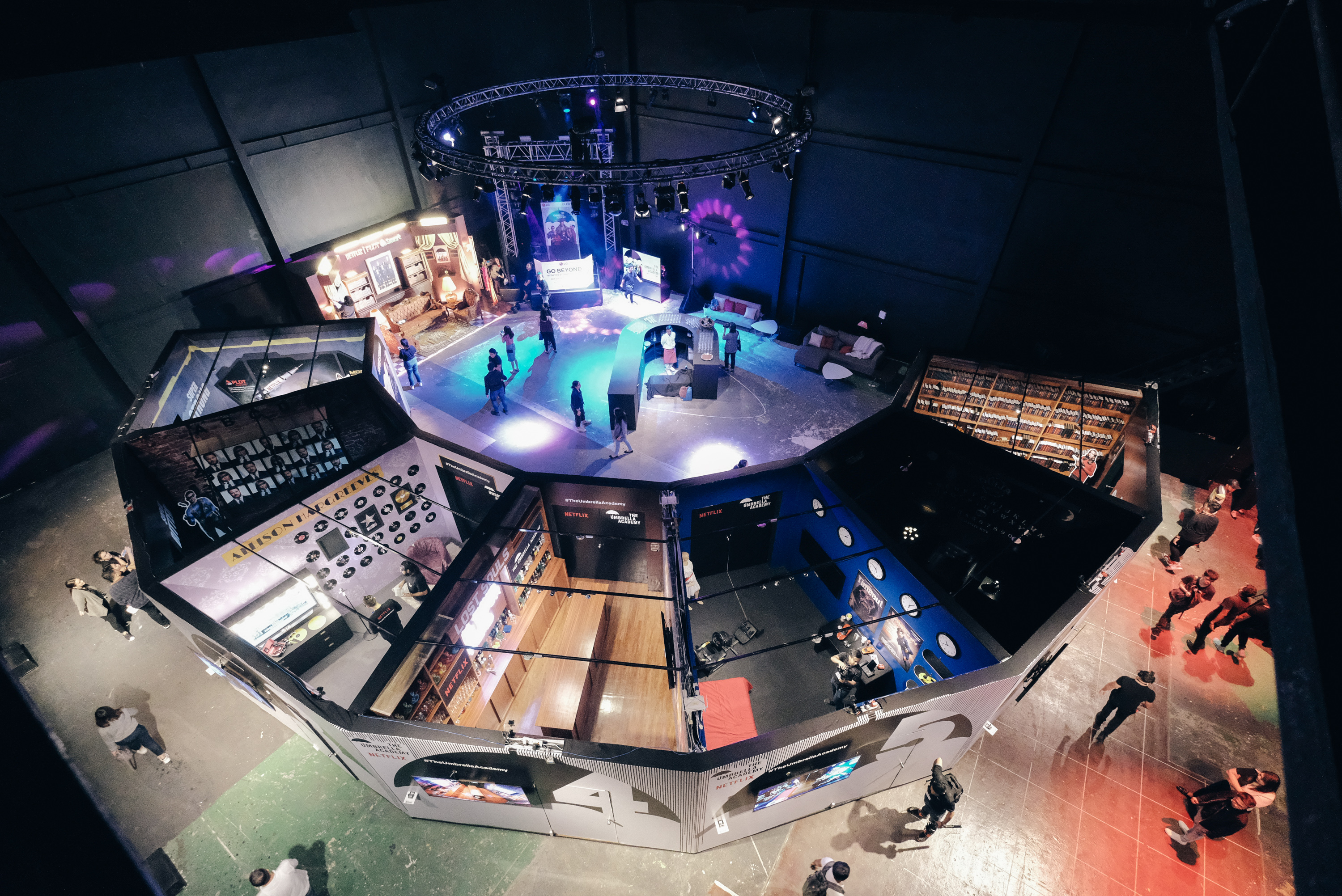 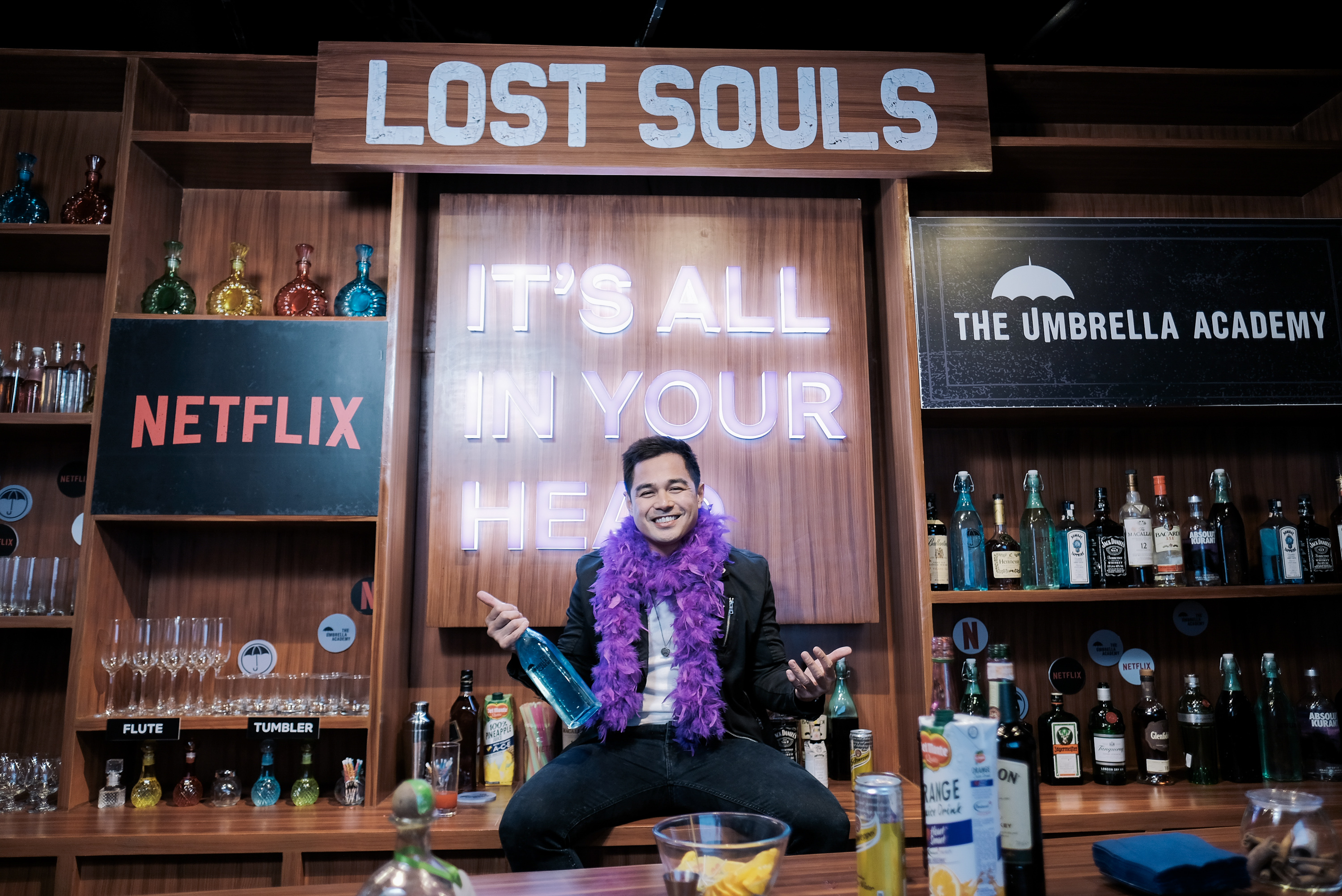 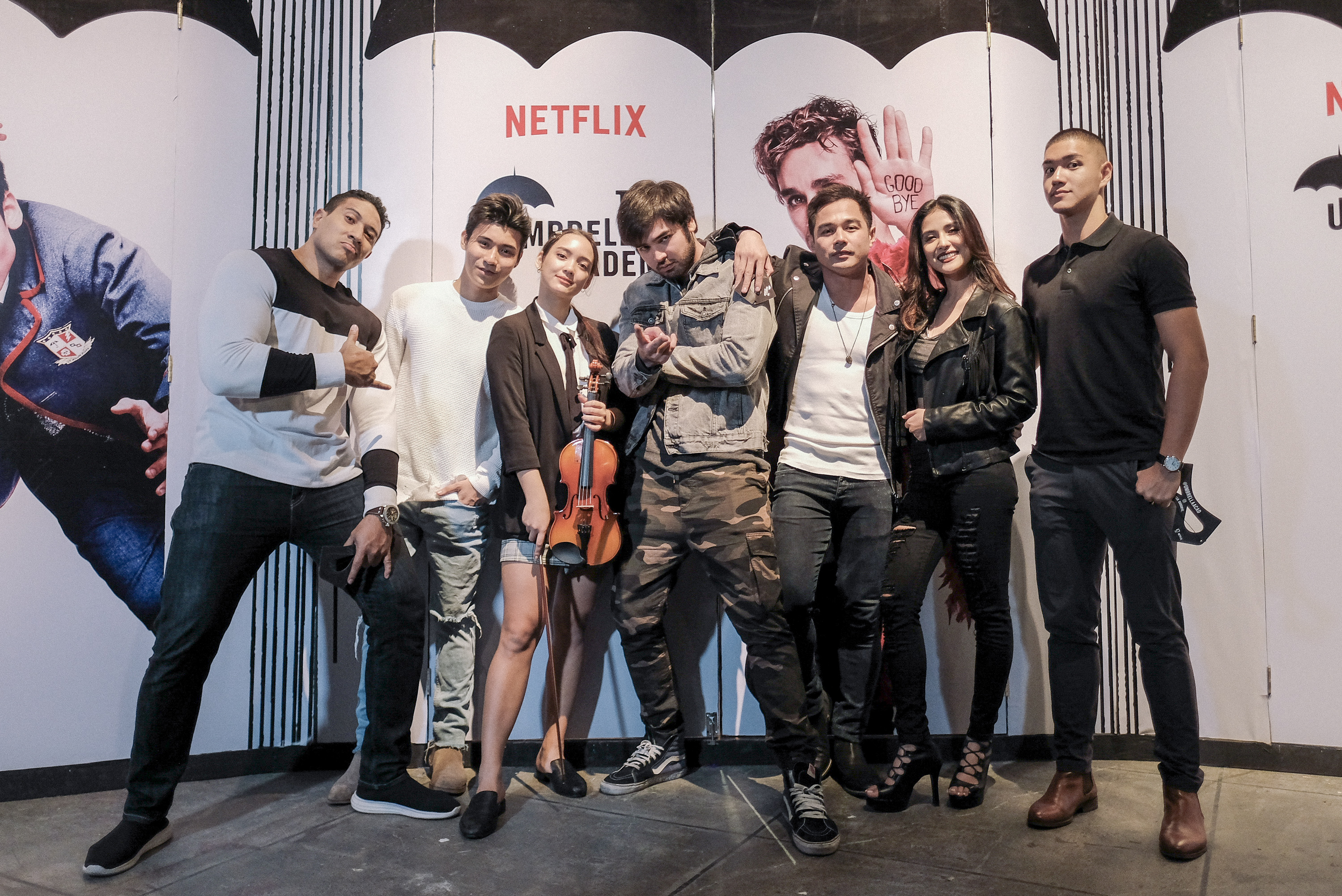 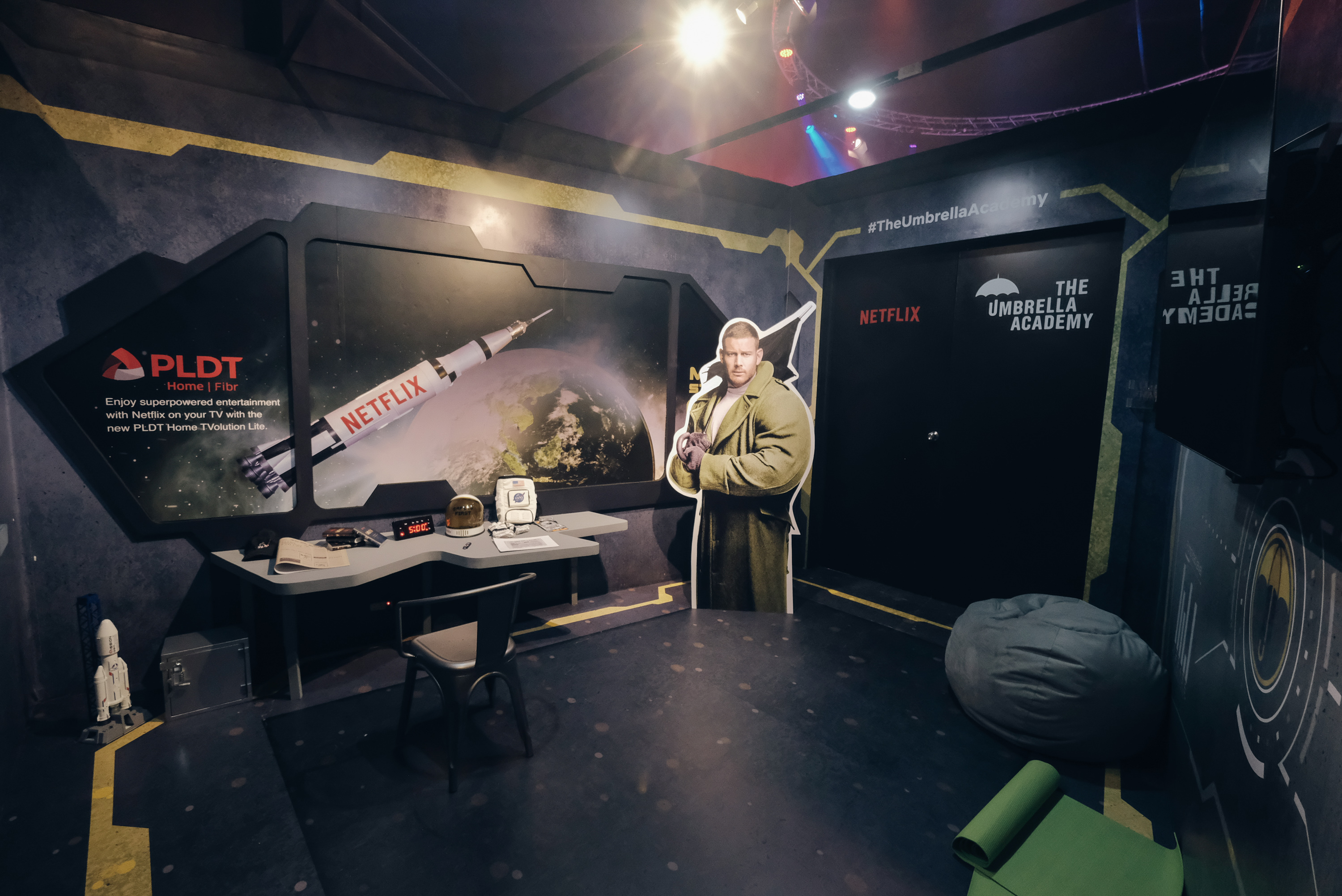 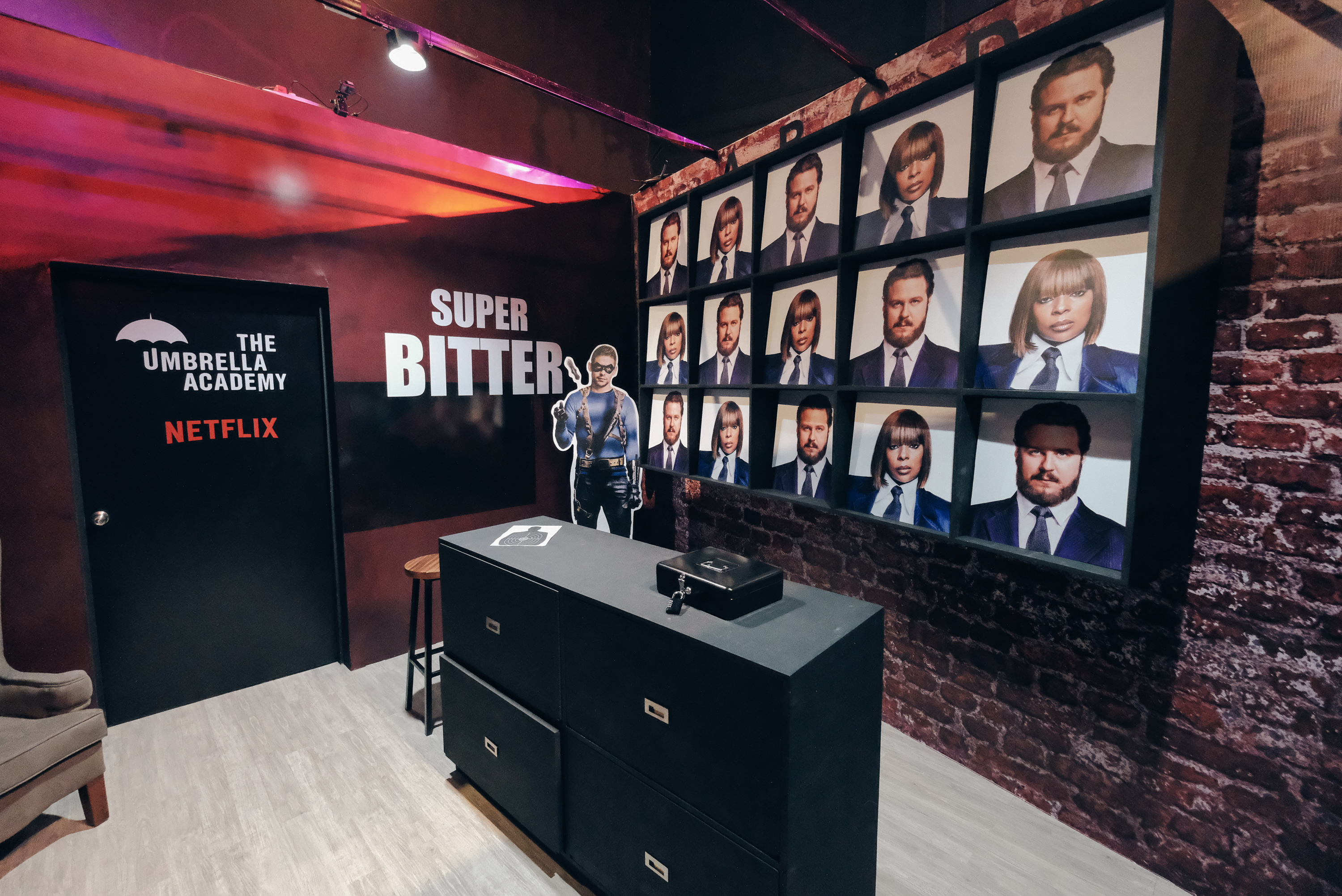 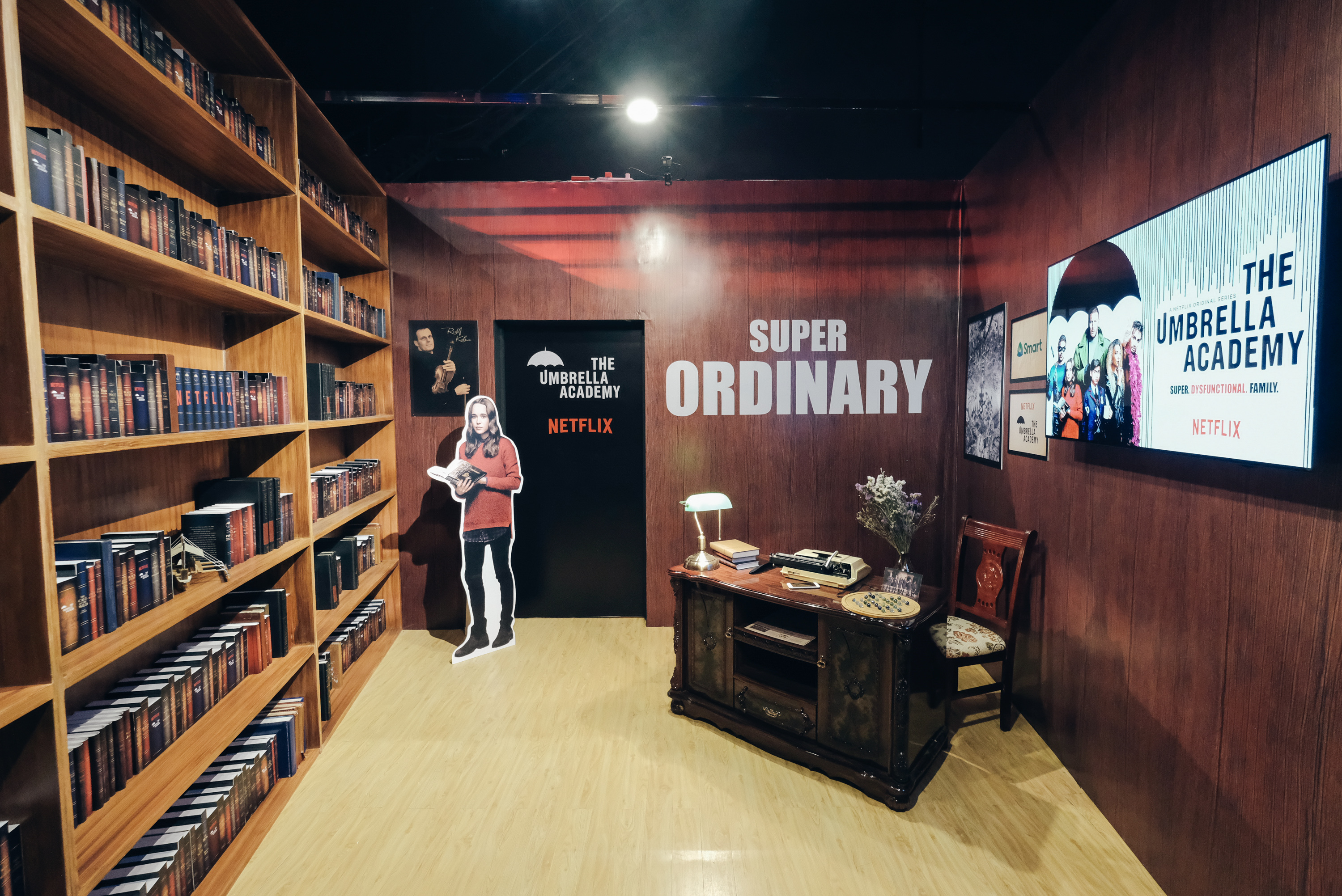