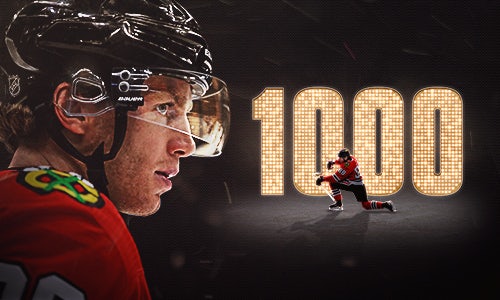 On January 19, 2020, Patrick Kane became the 90th NHL player in league history to record 1,000 points. To put the milestone into perspective, he is the 55th player to do so in fewer than 1,000 games played and the 10th American-born player to reach the mark.  Prior to that night, our digital team realized how significant it would be not only to our franchise, but to Blackhawks fans, the National Hockey League and the entire hockey community as a whole. We wanted to create a full-coverage experience that intertwined the on-ice accomplishment with the digital space and with that, #1Kane was created.

There were two parts to the #1Kane digital campaign: the initial content surrounding the moment Patrick Kane hit 1,000 points and the creation and coverage of the on-ice ceremony that followed. The #1Kane social media campaign didn’t go live until the moment Patrick Kane hit 1,000 points, meaning that we had to be ready at a moment’s notice. In order to be ready at the same time the milestone puck hit the back of the net, our preparation began far in advance.

The congratulatory graphic was our first piece of content created and was tweaked to perfection almost every day leading up to the historic night of Jan. 19. We discussed hashtag options for weeks and landed on #1Kane after considering other options such as #Kane1000, #PK1K and #OneKane. A webpage was created to map out Kane’s entire journey towards 1,000 points that included digging into our digital archives for highlight moments and allowing teammates to reminisce on their favorite on-ice memory of him. Social media copy was drafted to make sure we were ready to kickstart the celebration right as the point was tallied. Some additional content included a commemorative golden puck for his on-ice ceremony and a video that showed highlights of each milestone point he had hit throughout his NHL career.

The moment it happened, our fans were able to experience Kane’s 1000th point from every angle. We wanted to create a way for our fans to celebrate with him in-arena and across all platforms while also getting a glimpse behind the scenes. Some key components that were shared were the initial congratulatory motion graphic across all platforms, instant cellphone footage of the on-ice player celebration, Kane’s post-game interview on the bench, the speech he gave in the locker room to his teammates and a photo worth a thousand words of a smiling Patrick Kane holding the puck that gave him is 1000th point.

One part of this campaign that we couldn’t necessarily predict was the number of players that wanted to congratulate Kane on their own social platforms. It was important to our social team to quickly equip each player with multiple media assets and copy suggestions so that they could join in on the digital celebration in a timely matter.

None of this could have come together without collaboration from our content and creative teams. With the rollout of our #1Kane campaign across all of our platforms, we were able to create an innovative experience that fans could be a part of no matter where they were when Kane hit #1Kane.

Our number #OneGoal was to create awareness around this historic milestone Patrick Kane achieved that game. Throughout the night that he scored the 1000th point, we had a total of 10.3 million impressions, 500,000 engagements, and 1.3 million video views across all three platforms. During the following home game when we presented Kane’s pregame ceremony, our coverage produced 2.5 million impressions, and 110,000 engagements over all three platforms. None of our campaign numbers so far this season compared to this. Kane’s 1000th point rose above and blew everything out of the rink. 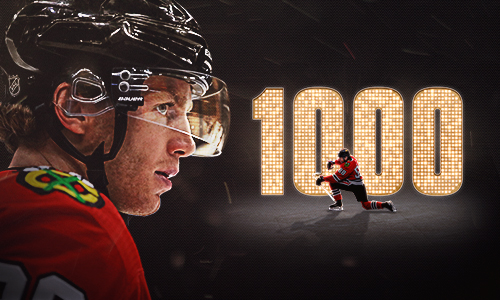