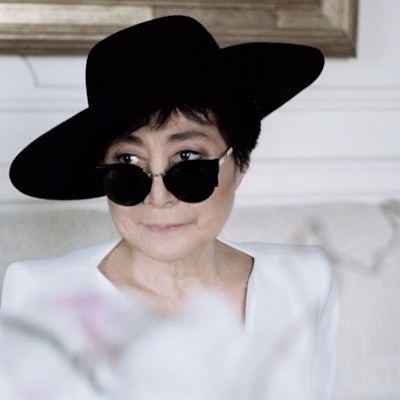 One of the most important avant garde artists of the 20th century, Yoko Ono hasn’t slowed down in the digital age. At 85 years young, Yoko is still on the forefront of art and music, as her millions of social media followers know. In the fall, the Japanese icon released an album of her most timely compositions, dramatically reworked and titled Warzone. A lifelong peace activist, she has taken to social media in recent years to push for women’s rights and advocate for the environment, particularly campaigning against fracking. While her Twitter feed is filled with wise musings and encouraging thoughts, Yoko’s Instagram captures her daily life, from her fashion sense to her in the studio to occasional flashbacks from her long and storied career.