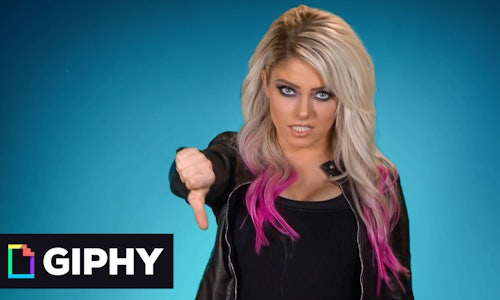 After launching WWE's official GIPHY channel in 2017 and reaching 1 billion views in 4 months, mainly with GIFs from our extensive historic video library, our goal for 2018 was to make it a place where fans can engage with WWE and their favorite WWE Superstars, to connect with the brand on an emotional level, and express themselves to the world on social media using WWE GIFs.

WWE is one of the most animated brands, and our Superstars are some of the most expressive performers on earth. They are experts at displaying a wide range of emotions at the drop of a hat, making them a perfect fit for GIFs. We wanted to show our fans that those emotions don't just have to be limited to the wrestling ring, but can also be carried over to their tweets, Facebook posts and DM slides.

Before our marquee annual event, WrestleMania 34, we launched a set of 1,500+ GIFs covering every edition of the event to date. We also launched our first set of GIPHY Stickers featuring our championship titles, allowing our fans to become WWE Champions in Instagram Stories and on Snapchat.

WWE also began posting new GIFs on GIPHY every week, featuring the best reactions and moments from our weekly television shows – Raw, SmackDown LIVE, WWE NXT, WWE 205 Live, NXT UK and WWE Mixed Match Challenge – as well as GIFs from our WWE Network live specials. When GIPHY introduced Stories to the platform, we jumped at the opportunity to take advantage of the new format and ensure WWE had a regular presence on GIPHY's homepage and app.

We continued to leverage our video library, producing GIFs to tie into milestone events for the company, like the 25th anniversary of Raw, and SmackDown LIVE's 1000th episode. These allowed us to reach out to different generations of fans, helping to reconnect them with the product they fell in love with.

WWE also experimented with original ways to showcase our Superstars on GIPHY. We created reaction packs of GIFs and Stickers featuring several of our top female Superstars (Alexa Bliss, Naomi & Bayley) showcasing their larger-than-life personalities as part of the build-up to our groundbreaking, first-ever all-women's pay-per-view event, WWE Evolution.

Our GIPHY activations surrounding WrestleMania led to April 2018 becoming one of our most successful months on GIPHY to date, garnering 314 million+ views.

The weekly uploads of new GIFs have proven to be a success, with many of them earning spots in GIPHY's "Trending GIFs" feed, going on to amass millions of views.

Our WWE Evolution reaction packs also proved to be a huge success. During the four-day lead-up to the event (10/25-10/28), the GIFs and Stickers amassed 74.8 million views. They also continued to resonate with our fans well beyond the show. By December, the packs racked up nearly 260 million views and were consistently among our most popular GIFs. The WWE Evolution reaction packs led the charge as November 2018 became our most successful month ever on GIPHY, with 496 million total GIF views. They also boosted December 2018 to become our second most-viewed month ever, with 415 million views. 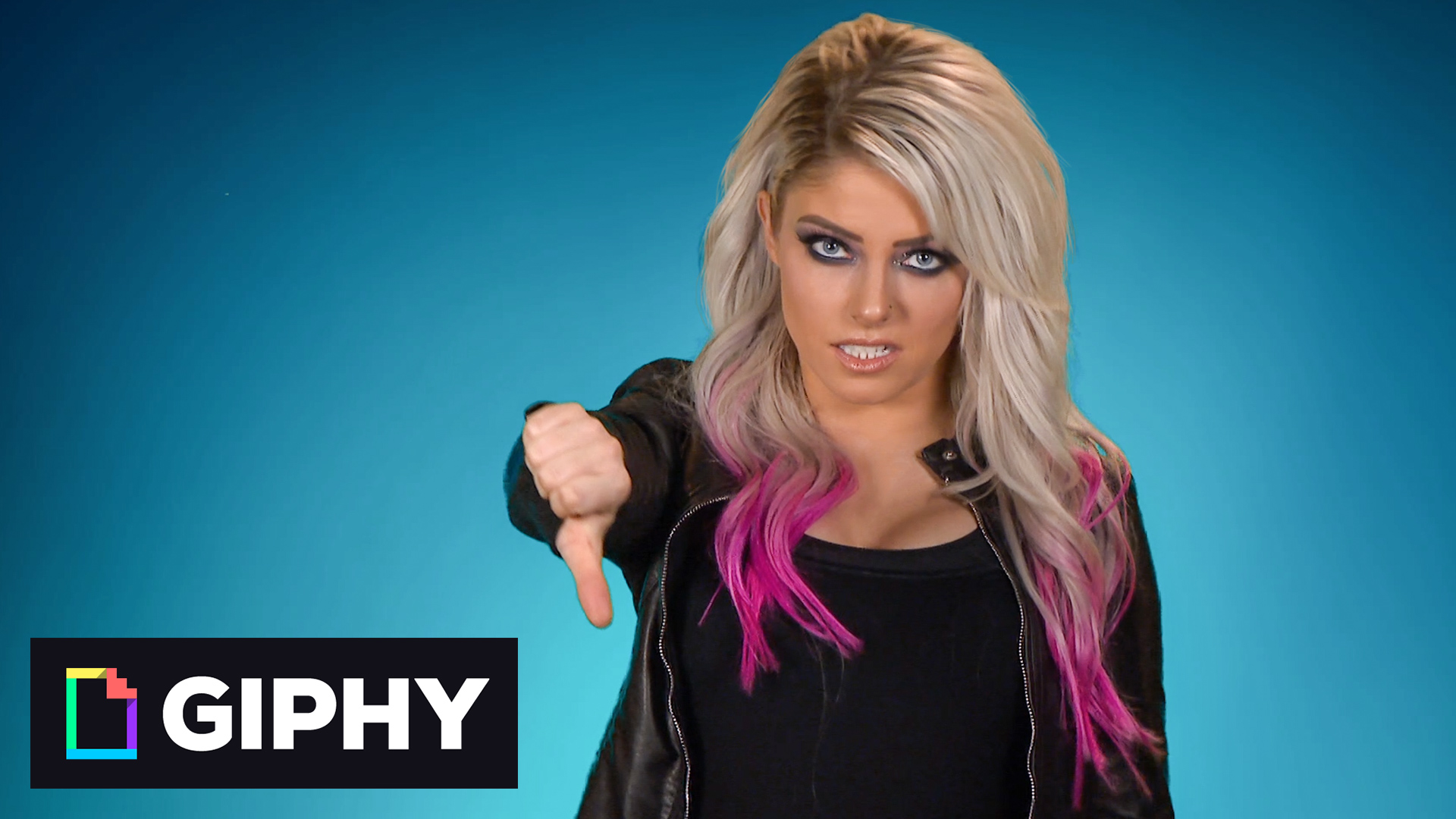