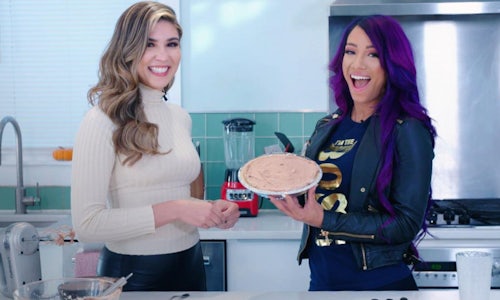 You can find WWE Superstars in an arena most nights of the week. For Talking Snack, we wanted to take them away from the familiar setting of a wrestling ring or backstage scene so they can get candid about their lives outside the ring. A kitchen offered a setting where we could both showcase the Superstars trying something new and teach the audience how to do something new.

The four-episode series was shot in kitchens across the country — including at the house of host Cathy Kelley's mom — with Superstars learning how to make something appropriate for the season or holiday. The episodes ran as long as 10 minutes. Each Superstars learned how to make a snack appropriate either for their character or for the holiday they were celebrating.

For the series premiere, released on Halloween, The Boogeyman — a legendary wrestler who was known for eating live worms — learned how to eat a more palatable gummi substitute. Daredevil Jeff Hardy talked about being a father and how would handle his daughters wanting to follow in his footsteps while making wontons, a pun on his signature move, the Swanton. Sasha Banks talked about what she wants to accomplish in her career and some of the hardships she faced growing up while making chocolate pie in time for Thanksgiving. Alexa Bliss discussed using her platform to help children battling eating disorders and her memories of making cookies with her mother while trying, and admittedly failing, to make sugar cookies.

Hefty was a natural sponsor, given the mess the host and talent made at every shoot. Hefty bags and boxes were places on the kitchen counter for every interview and cooking demonstration. 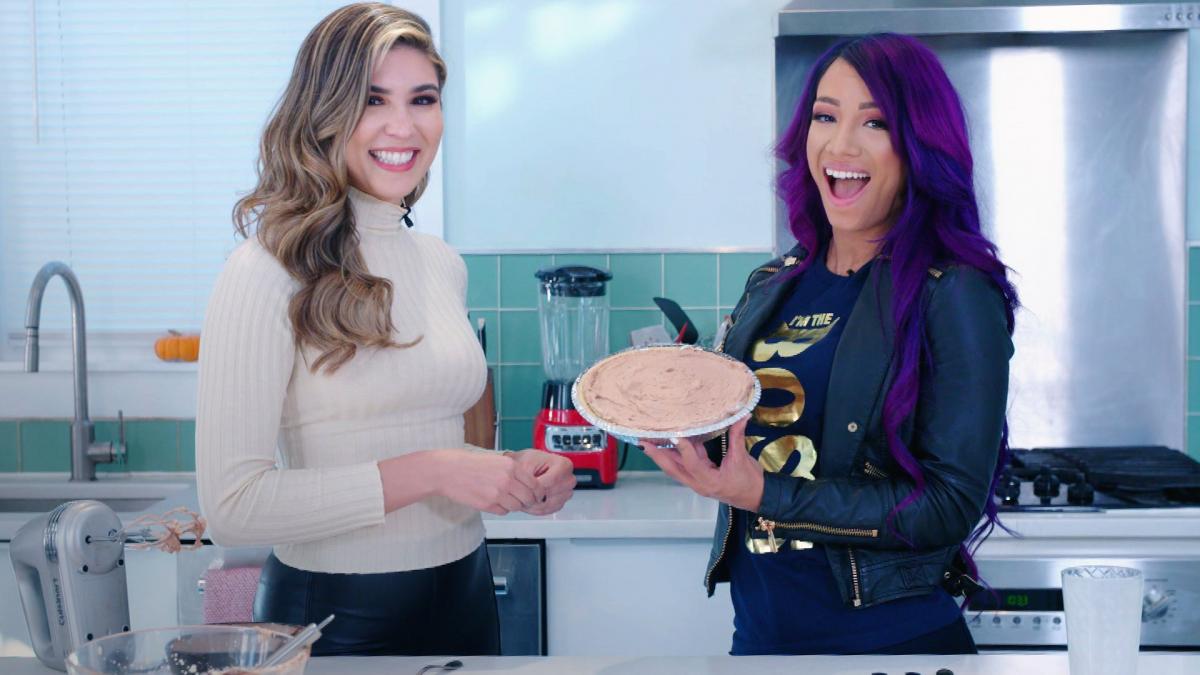