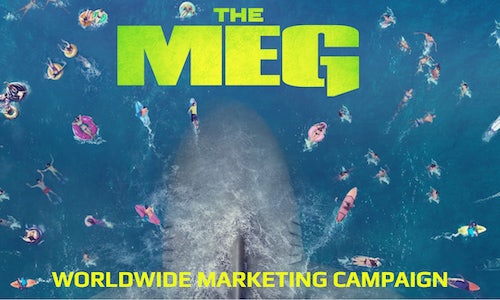 In building The Meg's marketing campaign, Warner Bros. leaned into their expertise with horror movies. But instead of selling the film as the standard, serious Jason Statham action film, WB embraced the movie's fun and self-effacing tone, counterbalancing it with bold action and horror elements to position The Meg as a horror comedy. When the first trailer dropped in April and generated 108M global views for a piece of original IP, Warner Bros. knew they had something special, and they continued with the satirical tone throughout the campaign.

The campaign kicked off to a killer start…with fans around the world chomping to watch the movie. But first, for those who dared - a special screening on the water at Lake Travis. And an immersive 4DX Trailer event that saw influential guests get a little too close for comfort with The Meg. At each event, fans shared their experience with a unique GIF photo booth. With the world's first EVER semi-underwater VR experience, viewers went face-to-face with our aquatic beast, as they were unexpectedly plunged into the deep. On the 4th of July, The Meg began its summer onslaught. Cast and influencers leaked their own 'Meg Sightings' on Instagram, posting The Meg wreaking havoc at pool parties, BBQs and even firework displays. At select beaches across the US, fans submerged themselves underwater with our custom geo-targeted Snapchat filter. As the rest of the world inserted The Meg into their day to day lives with an AR activation on Facebook, others fed the Meg their photos with our ChompOnThis.com video generator. Timing The Meg's release near Shark Week was no happy accident. Partnering with Discovery, we dove head first into the hysteria with a co-branded mini-series featuring the cast, a suite of MEG social content and a Snapchat sponsorship of Shark Week's "Deadliest Waters" show. Partnering with the Hungry Shark game, we released a custom game and promotional partnershi[, meaning The Meg swam its way into the sights of 150M people. Close to launch, The Meg also caught the attention of action and sports fans with a Twitter World Cup Surround... A first-to-market placement within the HQ trivia App... And an entire campaign to #SAVEPIPPIN! All of these features were supported by an action-packed social campaign!

The frenzy surrounding The Meg led to it taking one huge BITE out of the box office! Our relentlessness work in the digital promotion of this film shot Meg out of the water to a great $44.5M opening! 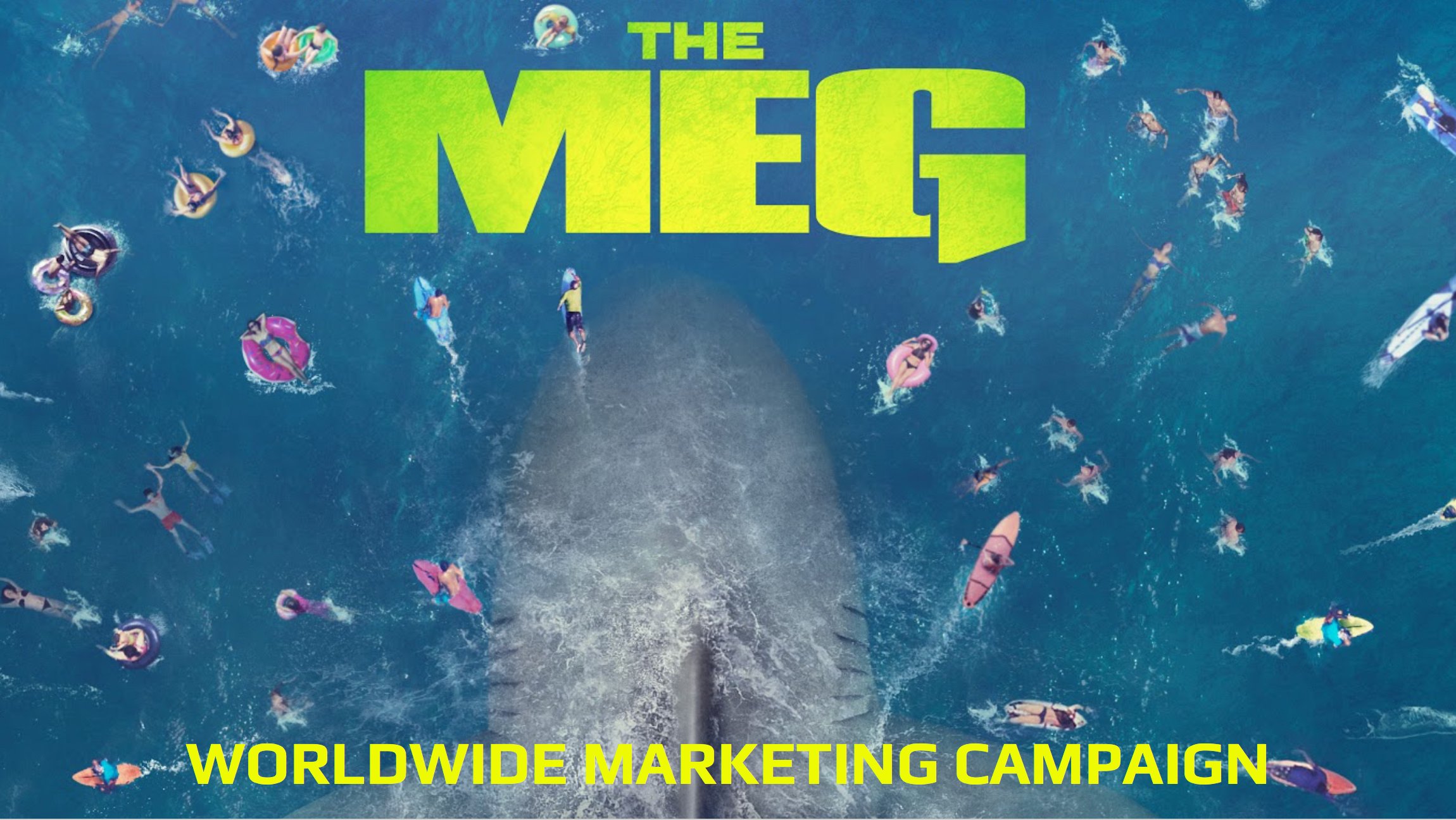 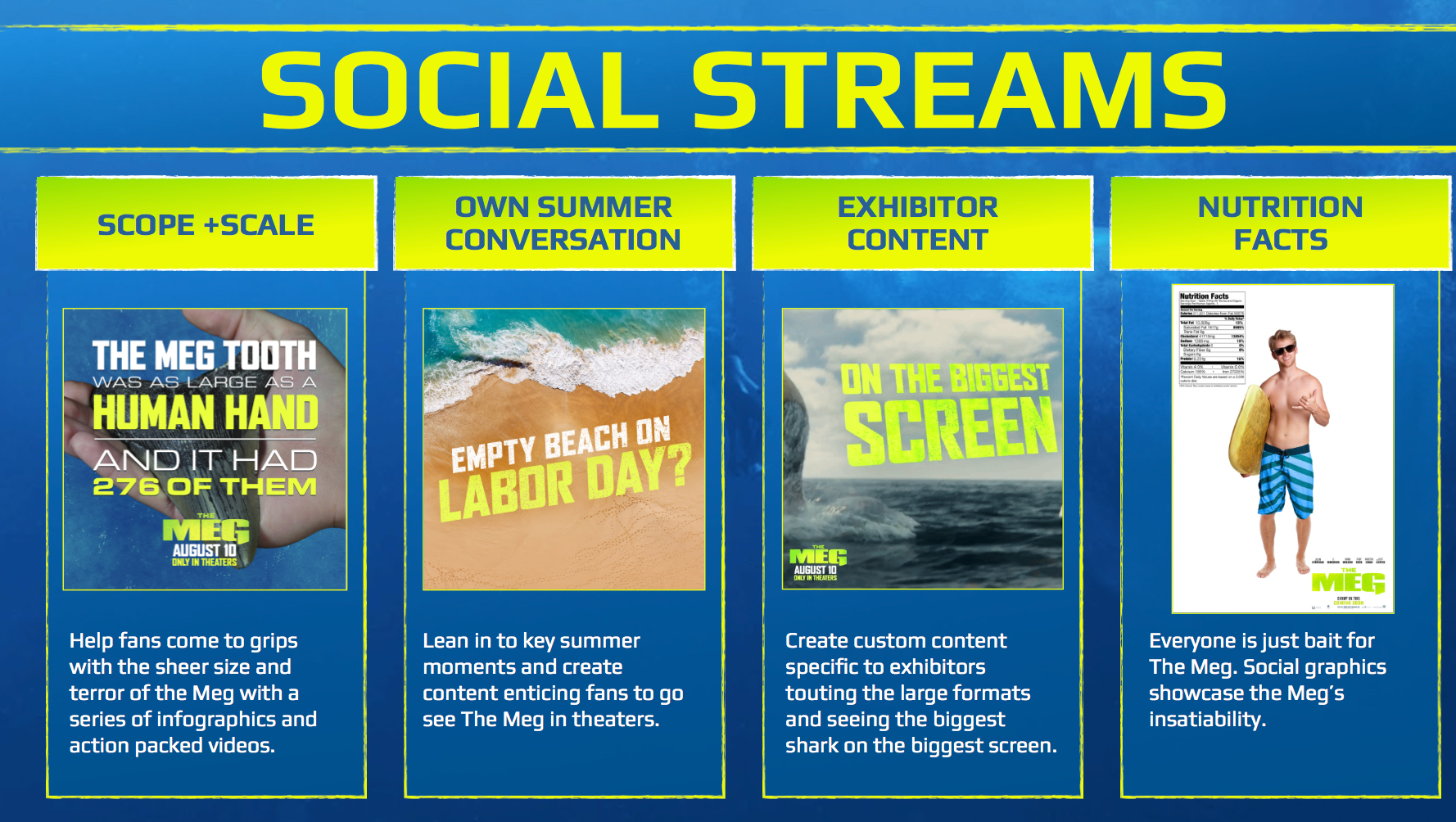 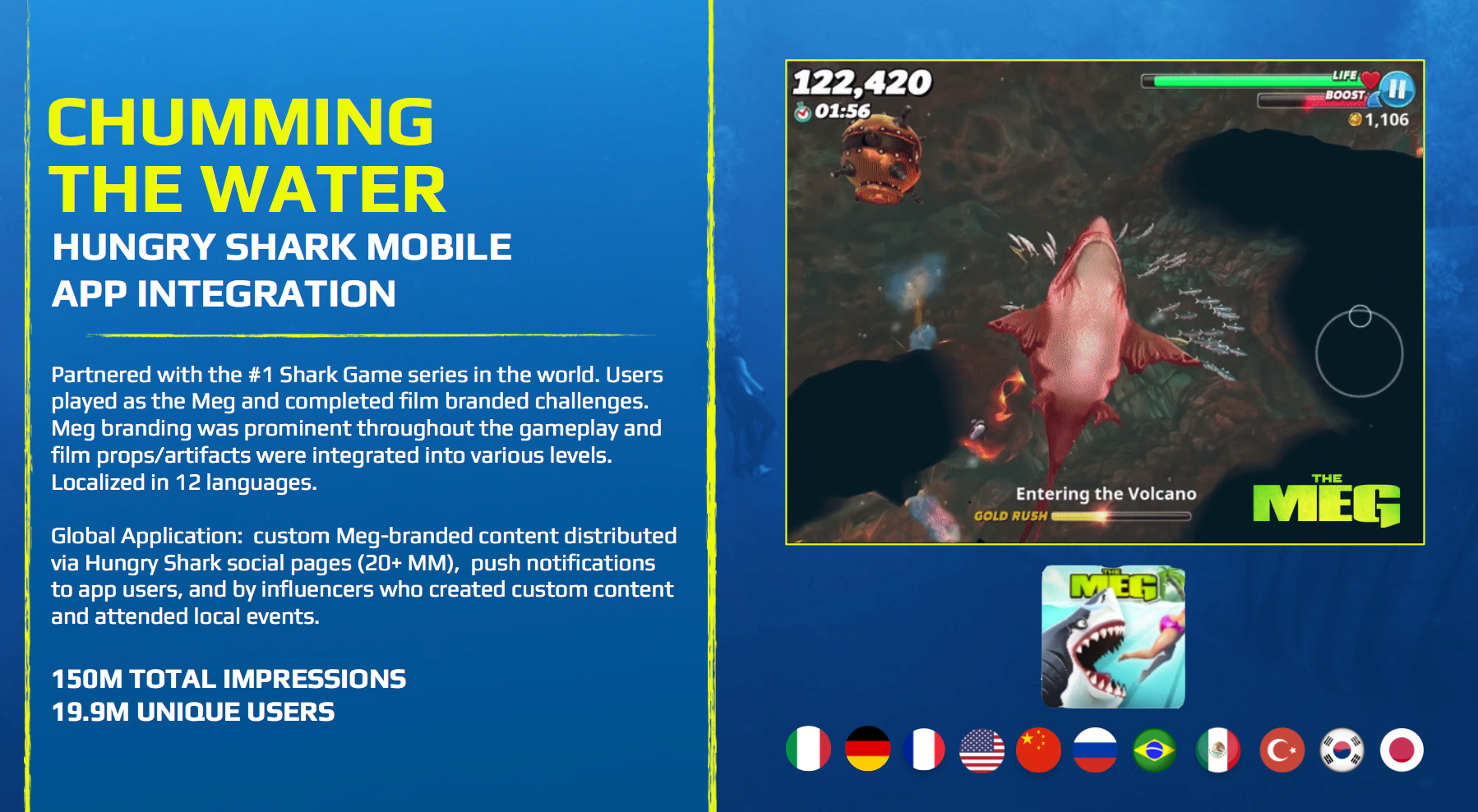 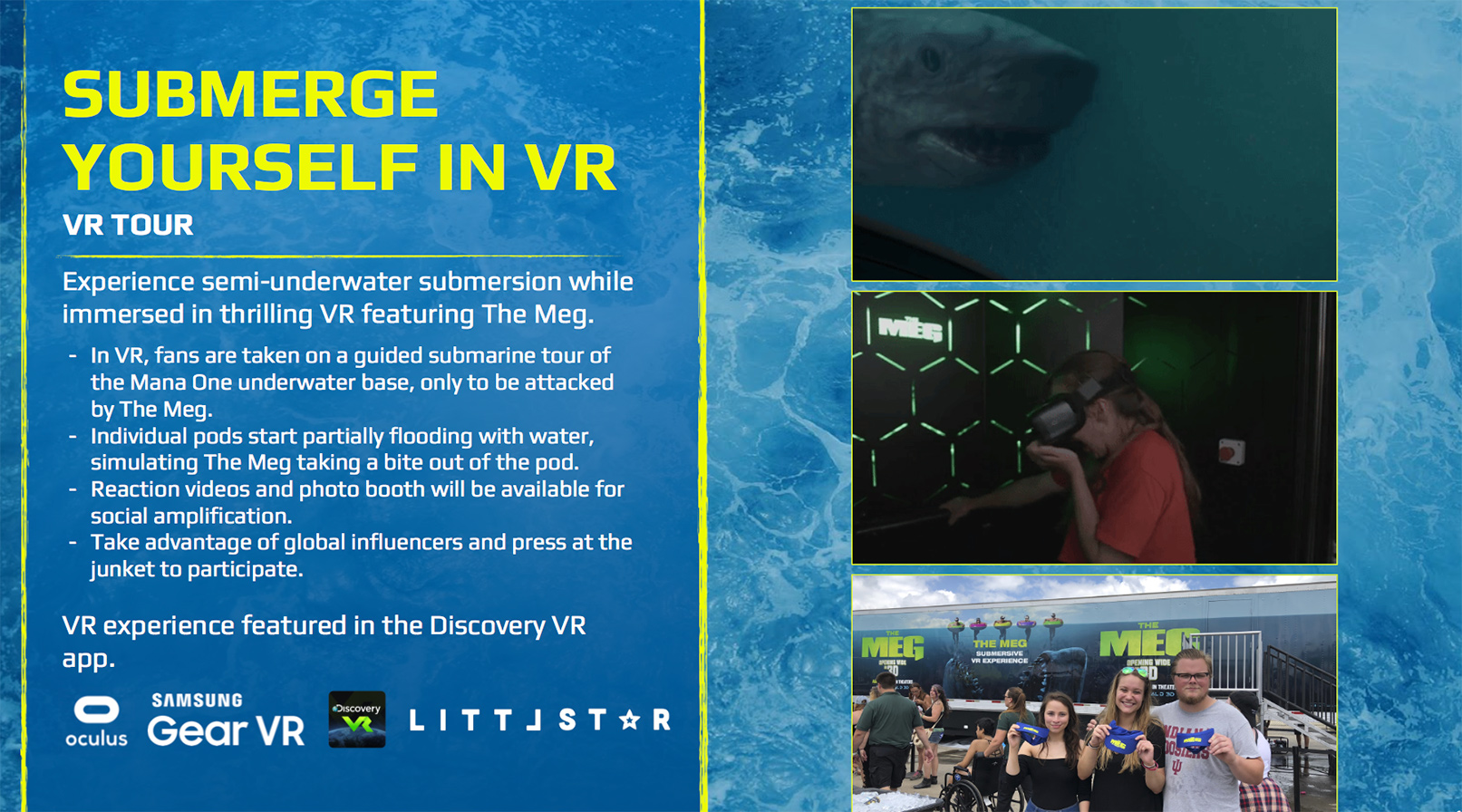