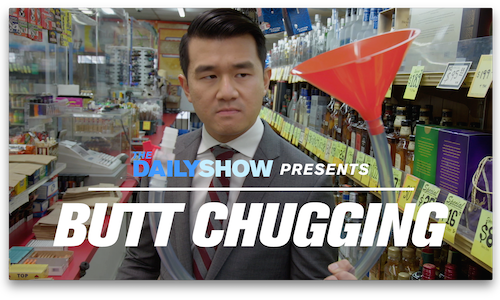 What happens when a studio partner and their NSFW red band trailer come to you to drive awareness? Butt chugging 101 with John Cena and a "professional" medic happen! Our team was challenged to showcase Universal's hilarious (and highly explicit) content from their comedy title, Blockers, as the film studio had limited distribution opportunity for their risqué trailer. Our goal was to develop creative that reached the studio's young comedic targeted audience and truly feel complimentary to the Blockers national campaign.

Our marketing strategy centered on weaving film assets into creative that would resonate well with our comedy-loving fans at large scale by tying it in with cornerstone Comedy Central programming. Taking this into account, we aligned the film with Viacom's beloved and often just as outrageous franchise, The Daily Show. In one pivotal scene, the film showcases an alarming new trend: butt chugging. To highlight the scene and get our fans into movie seats we tapped Daily Show correspondent, Ronny Chieng, to go undercover in a branded expose surrounding this controversial topic.

Creative featured a host of branded content, including the exclusive hero field piece as well as bonus John Cena interviews and a custom curated Instagram Story featuring "Butt-chugging FAQ with John Cena." Each piece was seeded out on both Comedy Central main and The Daily Show handles, ensuring that all comedy fans would be reached. This full-on blitz of Blockers butt-chugging talk proved to be content our audience couldn't stop consuming (or chugging?).

By tapping into the cultural relevancy and 'of the moment' immediacy of The Daily Show, our branded campaign boasted 5.68 million total impressions, 1.94 million video views, 33 thousand engagements and a high 34.1% view rate.

Additional digital campaign highlights include a 62% completion rate for our 6-frame Instagram Story from The Daily Show's handle and nearly 400,000 total impressions from the Instagram Story alone. Fan sentiment was also high for our posts, boasting 32% "Funny" reactions, 23% "Love" reactions, and 16% "Crazy" reactions (which is to be expected when the topic at hand is butt-chugging!). 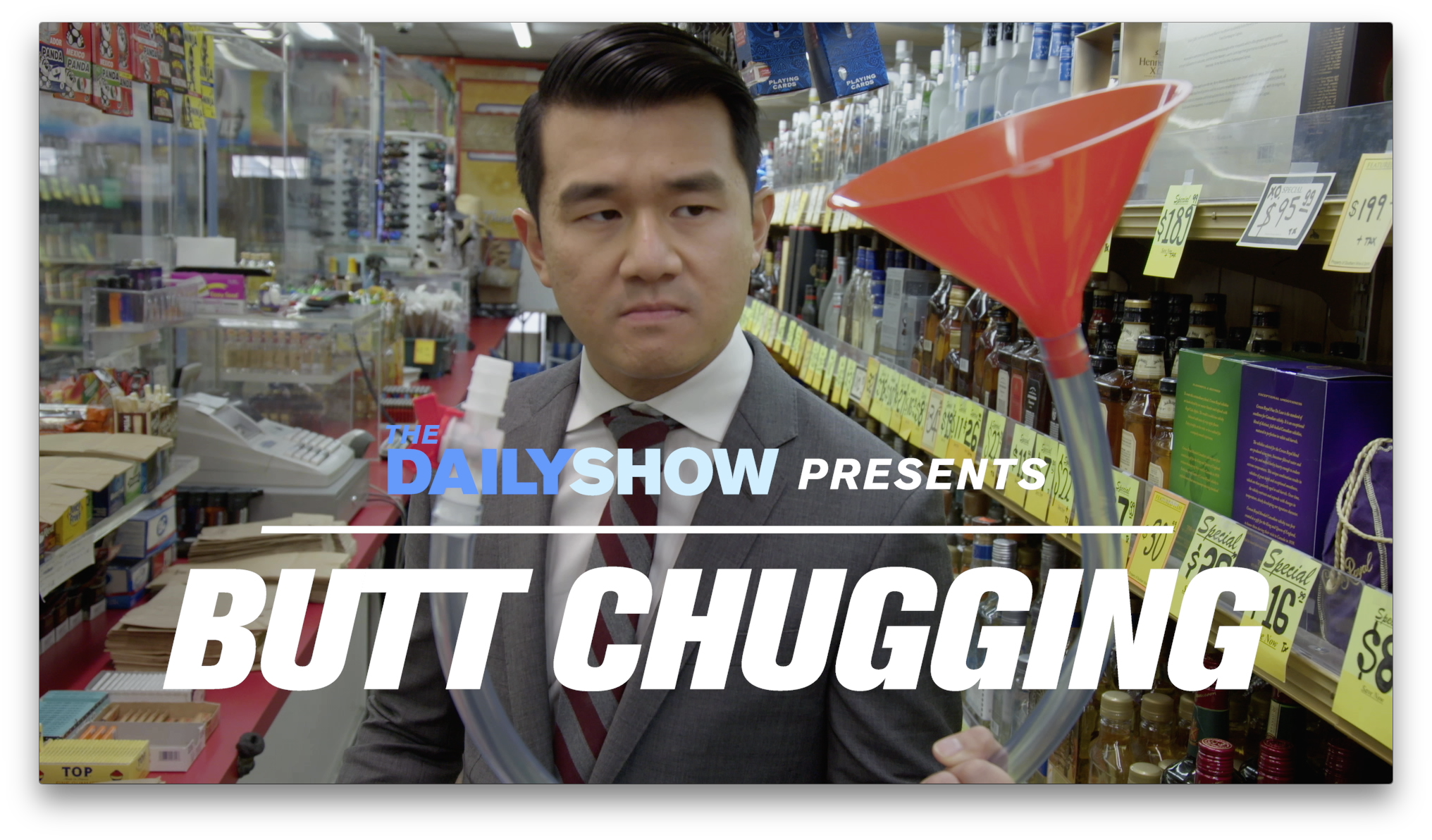