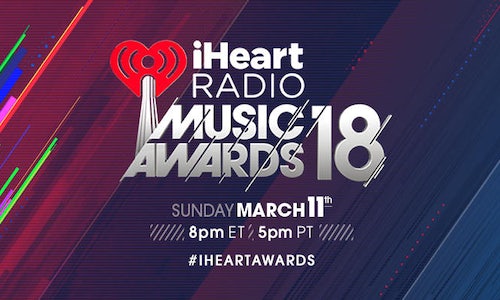 In order to increase the high influx of voting that the iHeartRadio Music Awards experienced the year prior, the social team set out to create new categories that would pique their audience's interest. With this in mind, iHeartRadio introduced new socially voted categories for Best Solo Breakout, Best Boy Band, Best Remix and Cutest Musician's Pet. Each of these categories generated new excitement and press attention for the show. In addition to capturing announce videos for the new categories with select nominees, the new Cutest Pet category drove musicians to create custom voting campaigns for their pet. To keep fans engaged in voting, newly created leaderboards were launched each week highlighting the leading vote-getters in each category.

In order to amplify tune-in awareness and social mentions for the show, the iHeartRadio team created the social-first campaign "7 Awards In 7 Days." Every day during the 7 days leading up to the show, iHeartRadio revealed the winner of a category and obtained a video acceptance speech from the winning artist. These videos were launched each day at 9 a.m. ET and were published across Facebook, Twitter, Instagram, YouTube and Snapchat. In addition, iHeartRadio explored new features on Instagram stories and became the first awards show to create custom GIPHY stickers. By searching "iHeartRadio Music Awards" on the gif tab in IG Stories, fans could use custom-created gifs to design their story. Also, iHeartRadio worked with Taylor Swift on a special Instagram announcement, teasing that her music video for "Delicate" would premiere at the iHeartRadio Music Awards.

On the red carpet, iHeartRadio activated their social strategy in a few different areas. By securing a position near the fan-casted bleachers, iHeartRadio was able to capture exclusive photos and videos of artists interacting with their biggest fans. In addition, iHeartRadio set up a staged photo opportunity where the night's biggest stars posed for slow motion videos and portraits that were posted across all of iHeartRadio's social channels. An official red carpet Facebook Live was hosted on the iHeartRadio Facebook page where artists interacted with the cast of the Elvis Duran Morning Show.

During the iHeartRadio Music Awards, the iHeartRadio social team was in constant contact with artists' teams who provided acceptance speech videos after winners were announced - the most viral of which was the acceptance video from Korean pop group BTS, who accepted the award for Best Fan Army.

The show's official hashtag, #iHeartAwards2018, trended #1 in the United States and #1 worldwide. The 10.8 million interactions scored on the night of the show were two times the combined amount of the finale of The Bachelor and the premiere of the new American Idol, both of which aired the same week as the awards show. The official red carpet live stream reached 1.1 Million people.

Video for The 2018 iHeartRadio Music Awards 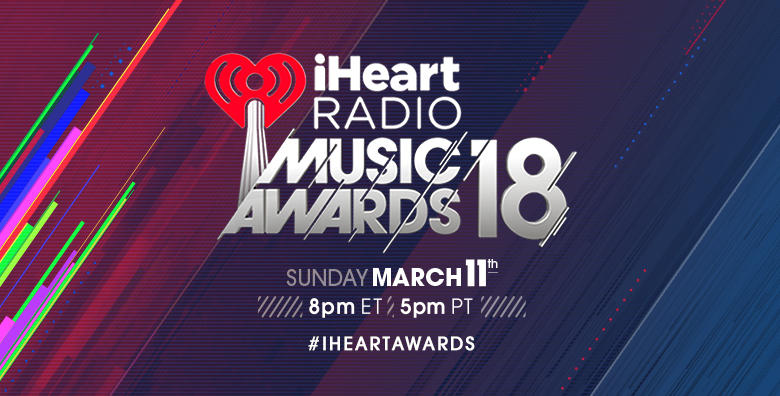 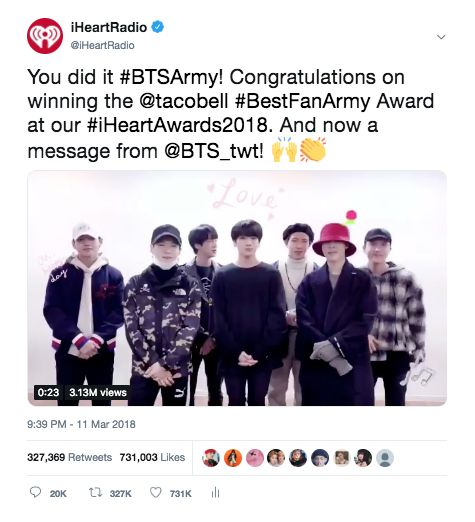 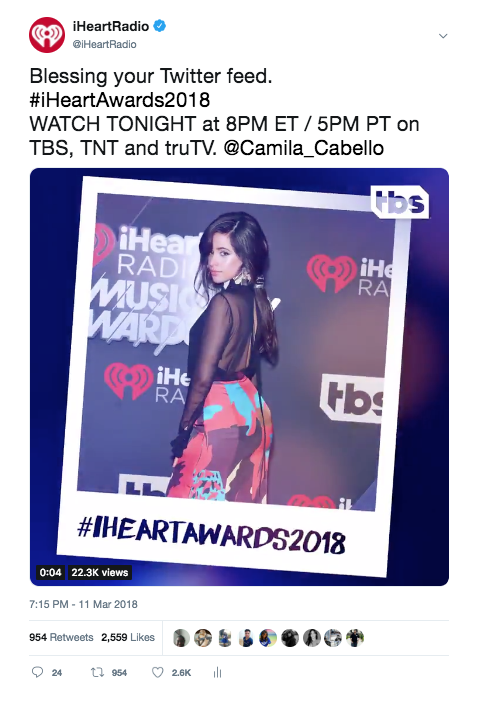