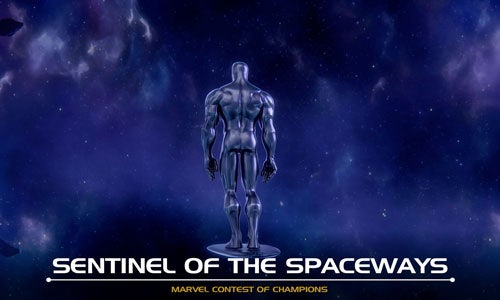 Sentinel of the Spaceways (Marvel Contest of Champions' 4-Year Anniversary)

Kabam was tasked with making a Marvel Contest of Champions' anniversary trailer in December that celebrated their game's legacy while also being the very first partner of Marvel's to tease out that the Fantastic Four were coming to Marvel Games in 2019. This was difficult as we could not directly reference the Fantastic Four before January due to Marvel's embargoed announcement date, so a plan was formed.

Previously, the Fantastic Four were unable to appear in Marvel Games due to the rights being owned by Fox. Once Disney and Fox agreed to terms for the license, the plan was for Contest of Champions to make the first big splash for Marvel Games ahead of other mobile games like Marvel Future Fight, Marvel Strike Force and even the critically-acclaimed Spider-Man from Sony.

Kabam worked with its agencies alongside Marvel to craft messaging that appealed to Marvel Contest of Champions' hard-core community of mobile gamers for the four-year anniversary and used a tertiary Fantastic Four character, the Silver Surfer, to narrate and star in the trailer.

The Silver Surfer travels through The Battlerealm, too fast to be perceived in search for his Fantastic friends. He travels through historic moments that have happened in the game to remind fans of the amazing journey that has taken place since Marvel Contest of Champions' 2015 launch.

Once the trailer was finalized, Kabam secured a media exclusive with ComicBook.com, a major enthusiast website ahead of the trailer's public debut, which reinforced the anniversary messaging and four-year anniversary points. This, followed by a wide pitch afterwards to top comic, gaming and mobile publications and reporters, yielded great results for Kabam to close out the 2018 business year.

By the end of 2018, Kabam secured over 14 individual media placements with an estimated 24.9M media impressions reached. Top outlets that covered the anniversary outside ComicBook.com's exclusive include SlashFilm, ComicBookMovie, Comic Book Resources and more.

The community response was equally positive as the video saw over 200,000 views and over 7,300 likes one month after launch. Other notable social stats include over 1.3 million in total social reach, over 360,000 views and total engagement of over 26,000. To cap off the four-year anniversary trailer promotional efforts, Marvel Entertainment also posted the video on their YouTube channel which has accumulated over 1 million views as of now. 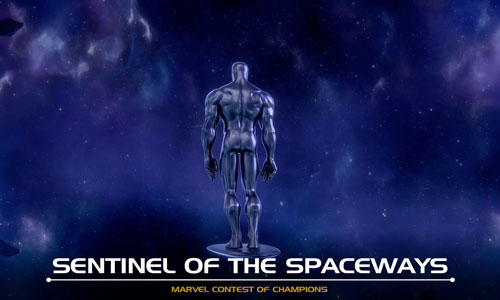