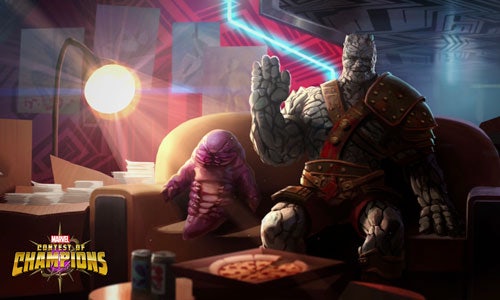 With the hype around upcoming Marvel movies in 2018 reaching a state of unparalleled anticipation, 2018 was a key year for Kabam as the company aspired to expand mainstream awareness and association with these films for its mobile fighting game Marvel Contest of Champions, especially In light of the game's highly successful 3rd year of service.

To help capitalize on the then-upcoming launches of hotly anticipated Marvel films such as Black Panther and Avengers: Infinity War, Kabam worked closely with Marvel Entertainment and its' associated talent of celebrities and movie stars for a two-pronged promotional campaign to help generate more daily active users (DAU) and downloads in 2018 and raise public awareness of the game to film-centric and celebrity fans via specialized social media campaigns.

In 2018, Kabam worked closely with select Marvel talent, notably Michael B Jordan (Killmonger), Chadwick Boseman (Black Panther), Tom Holland (Spider-Man), Evangeline Lilly (Wasp) and Taika Waititi (Korg and Director of Thor: Ragnarok), for social media campaigns that promoted their respective characters appearing in Marvel Contest of Champions through custom copy and assets. These characters also appeared in the game as Super Heroes for the player to collect and grow stronger with as they played. Promotions were timed to go live around the launch of the talent's respective films, which led to massive engagement and awareness of the game.

Social content was not just the name of the game as Kabam also worked to deliver movie-themed content to its game with the launch of two in-game events per film. These included monthly themed Event Quests with an original storyline inspired by the celebrities' respective films and, depending on the talent utilized, a 'Champion Challenge' where users fight in special quests against Marvel Champions personally chosen by the celebrity themselves. These Champion Challenges are for players from all skill levels to enjoy, and they are great avenues for players to stretch their abilities.

As a result of the targeted social campaign with Marvel talent in 2018, the promotional social posts reached over 37 million followers across all social platforms and had received over 2.5 Million interactions (like, comments, shares, etc.). For social posts that include custom video content, these saw over 4 million views in total for 2018! Altogether, the 2018 social campaign for Marvel Contest of Champions yielded over eight million social impressions. 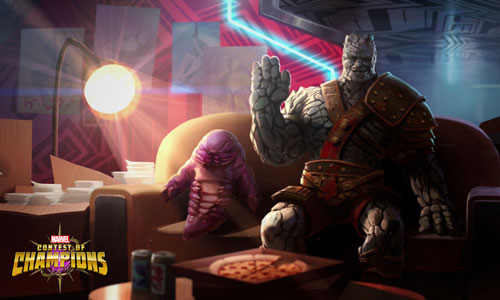