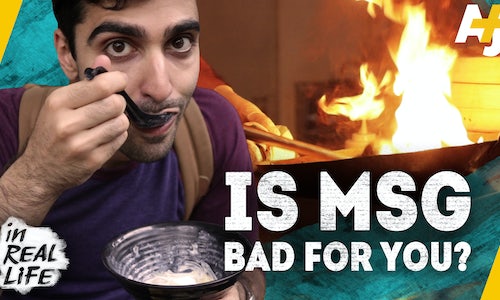 Stop Blaming MSG for Your Headaches

In making this short documentary, we wanted to dispel the myths surrounding Monosodium Glutamate (MSG), a flavor-enhancing seasoning that many fear is harmful, despite mountains of evidence to the contrary.

MSG was widely stigmatized in the U.S. after a wave of flawed scientific research in the 60s and 70s claimed it wasn't safe to eat. Despite its widespread use in American processed foods, the faulty research led to mass hysteria about MSG's use in Chinese food, as well as the coining of an absurd condition called "Chinese Restaurant Syndrome." Countless studies and articles have since come out showing that MSG is completely safe to consume in moderation – and arguing that Chinese Restaurant Syndrome could have very well been inspired by xenophobia – but the stigma surrounding the seasoning still persists to this day.

So, our goals were two-pronged: First, we wanted to set the record straight and spread accurate scientific information about MSG. Secondly, we wanted to inspire viewers to share their own experiences with the ingredient and reconsider what they've heard about MSG in the past.

We know that scientific explanations can sometimes be a little tedious to sit through, so we wanted to tell our story in a way that was both entertaining to watch and highly dynamic. To do that, we took viewers on a hands-on journey to eat and cook with MSG, while sprinkling in little bits of explanation here and there. Only that way, we thought, could we be sure that our viewers would willingly watch long enough to learn the truth about MSG.

So throughout the piece, we were very much focused on showing and not telling. We taste-tested different varieties of MSG, learned how to cook with it in the kitchen, and even threw in a cute animated explainer to break down MSG's chemical composition.

We also blended together an engaging shooting style heavily inspired by YouTube vloggers, kept the cameras rolling on many shoots to ensure we captured funny unscripted interactions with our interviewees, and used catchy on-screen graphics and text to keep things moving at a brisk pace. Ultimately, our strategy came down to this: If our goal was to disseminate accurate science and set the record straight, we had to make our video fun and engaging to watch.

The primary goal of this video was to make sure that accurate scientific information became widespread, while our secondary goal was to inspire people to share their own experiences and reconsider what they'd heard about MSG.

As for the first goal, the video – and the science contained within – did indeed reach millions of people around the world. On Facebook, it was shared more than 173,000 times and had over 15 million total views. On YouTube, the view count is currently 440,000 and counting.

Moreover, the comments on the video show us that we also achieved our secondary goal. Many viewers shared their own experiences and said they were glad we demystified this ingredient. Others who thought MSG was harmful said they were surprised by how much they learned from the video.

Video for Stop Blaming MSG for Your Headaches 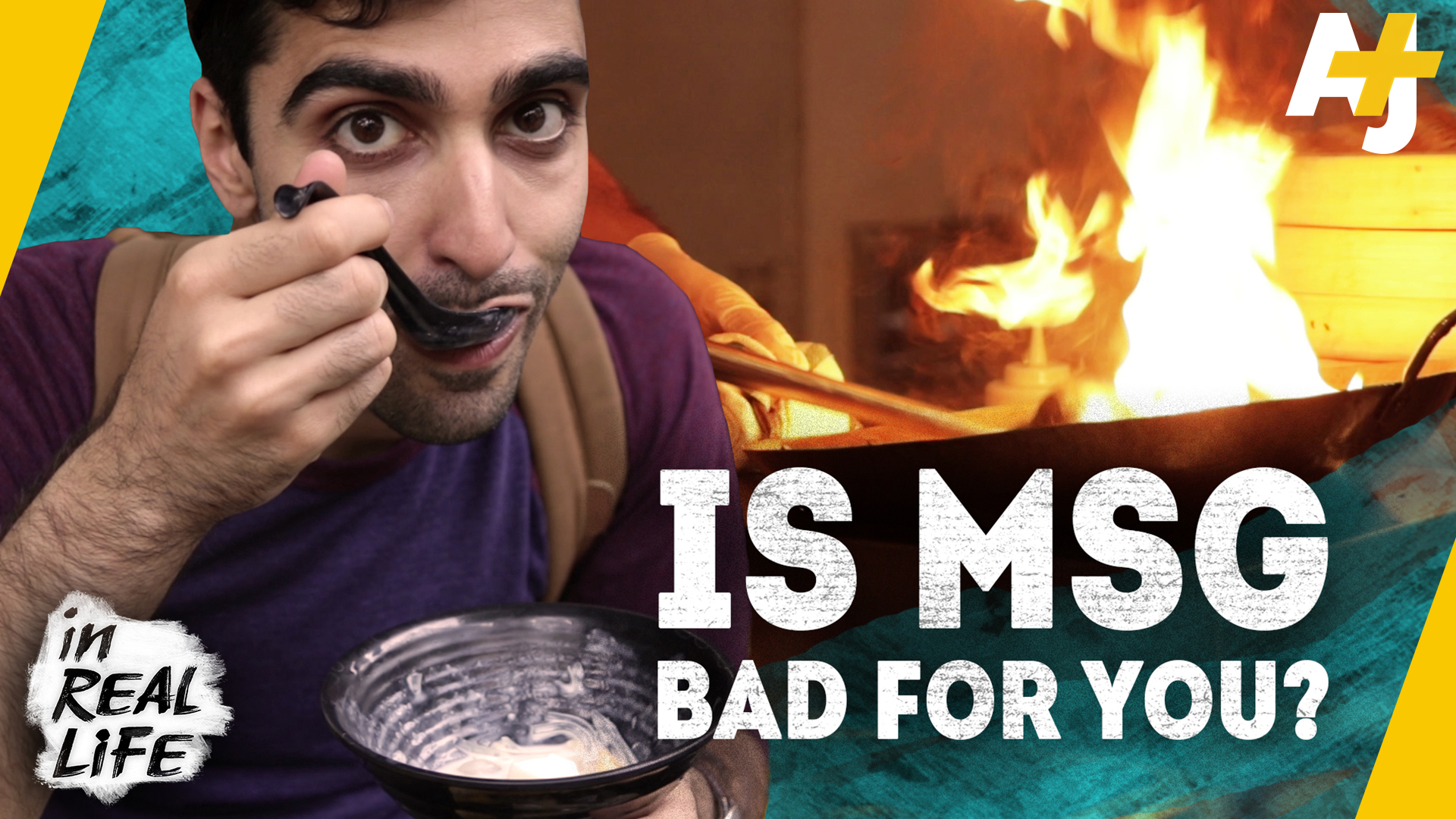 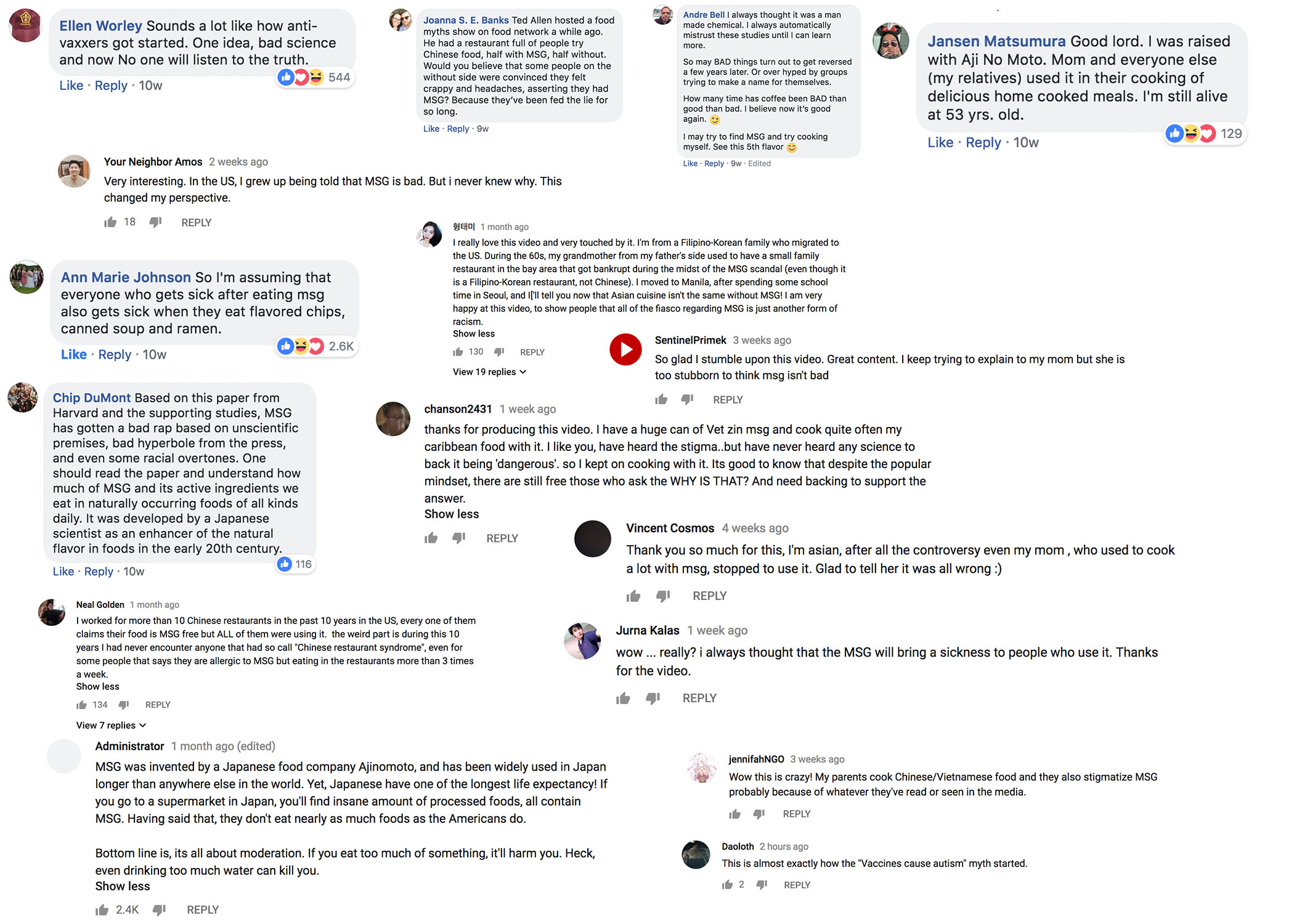