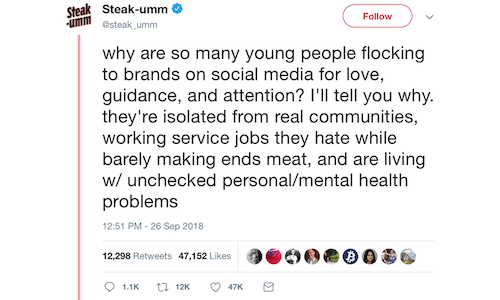 The objective of the rant on Twitter was to spark attention, start conversations, and continue to break down the fourth wall separating the people behind our brand and the people following it with our "Steak-umm bless" messaging.

The thread contained a genuine expression of our brand. It was written and posted off-the-cuff, yet was still a continuation of the "Steak-umm bless" branded content we had been posting all year. That messaging began as a simple tag on Twitter to deal with trolls, then became our ethos in 2018. We used it to spread positive messages, existential rants, life advice, and other unconventional brand means of breaking down the fourth wall. As a family owned company that's active in the community, we felt we had some space to make this strange human-esque connection with our followers since they had come to know the people behind our brand in a way. So although there was the primary element of advertising, there was also a subversive level of authenticity, since it came from people who meant what was tweeted.

- The Twitter thread went viral and the story made national news with an estimated 20-50 million impressions, 1 million+ measured engagements, and our account gained 10k followers in less than a week, but the biggest takeaway was the positive brand reinforcement and enhanced community that grew from our "Steak-umm bless" messaging, which had been building up the past year

- Dozens of podcast and radio shout-outs including Time Crisis, The Bert Show, The Daily Zeitgeist, and 105.1 The Blaze 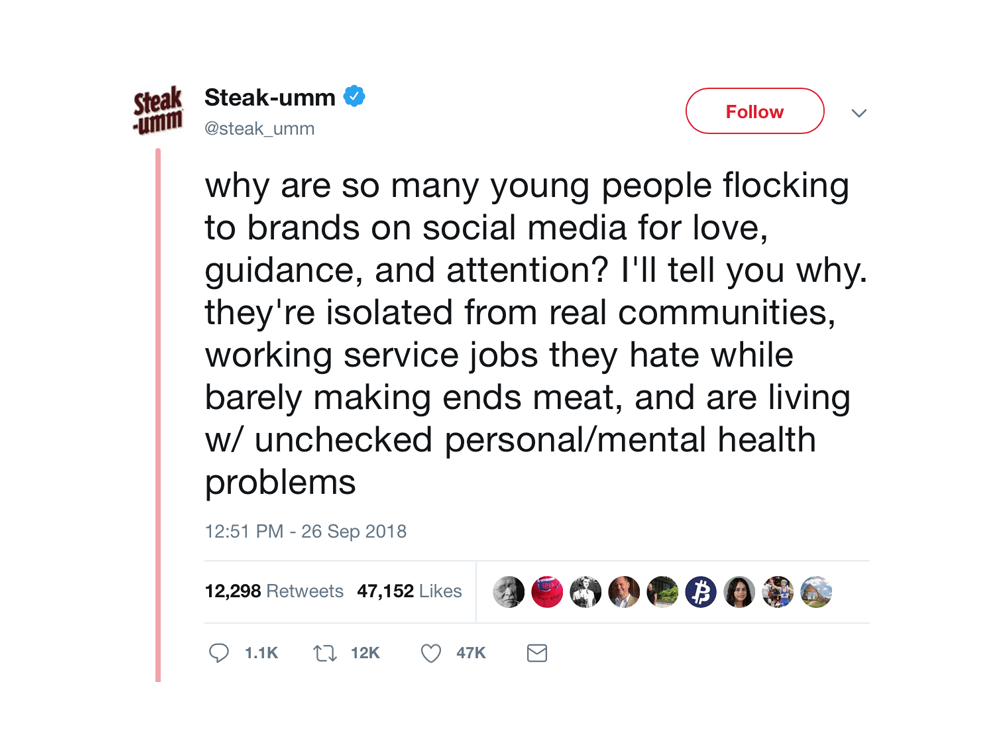