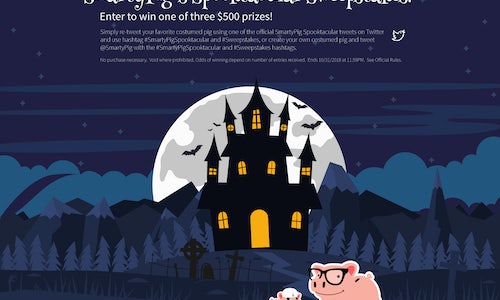 The objective of this campaign was to gain new Twitter followers and engage existing followers. This was a fun campaign where entrants could select their favorite "costumed" SmartyPig for Halloween and retweet/tweet for the chance to win money into a SmartyPig account. Users also had the chance to design their own pig and tweet that out to share with the community. The costumes ranged from "Hammy Potter" with his signature yellow and maroon attire, to our hero Firefighter pig, to the return of our popular Dracula pig.

The campaign was designed to be fun and interactive. It was primarily promoted within social, but was also featured on the SmartyPig website www.smartypig.com as well as through email to existing customers and prospective customers.

The costume images and posts increased engagement by more than 20x on our Twitter handle during the campaign. It breathed new energy into existing followers and attracted new ones, while allowing us to build up engagement/followers to promote our savings accounts. There were more than 1,000 entries into the retweet contest. 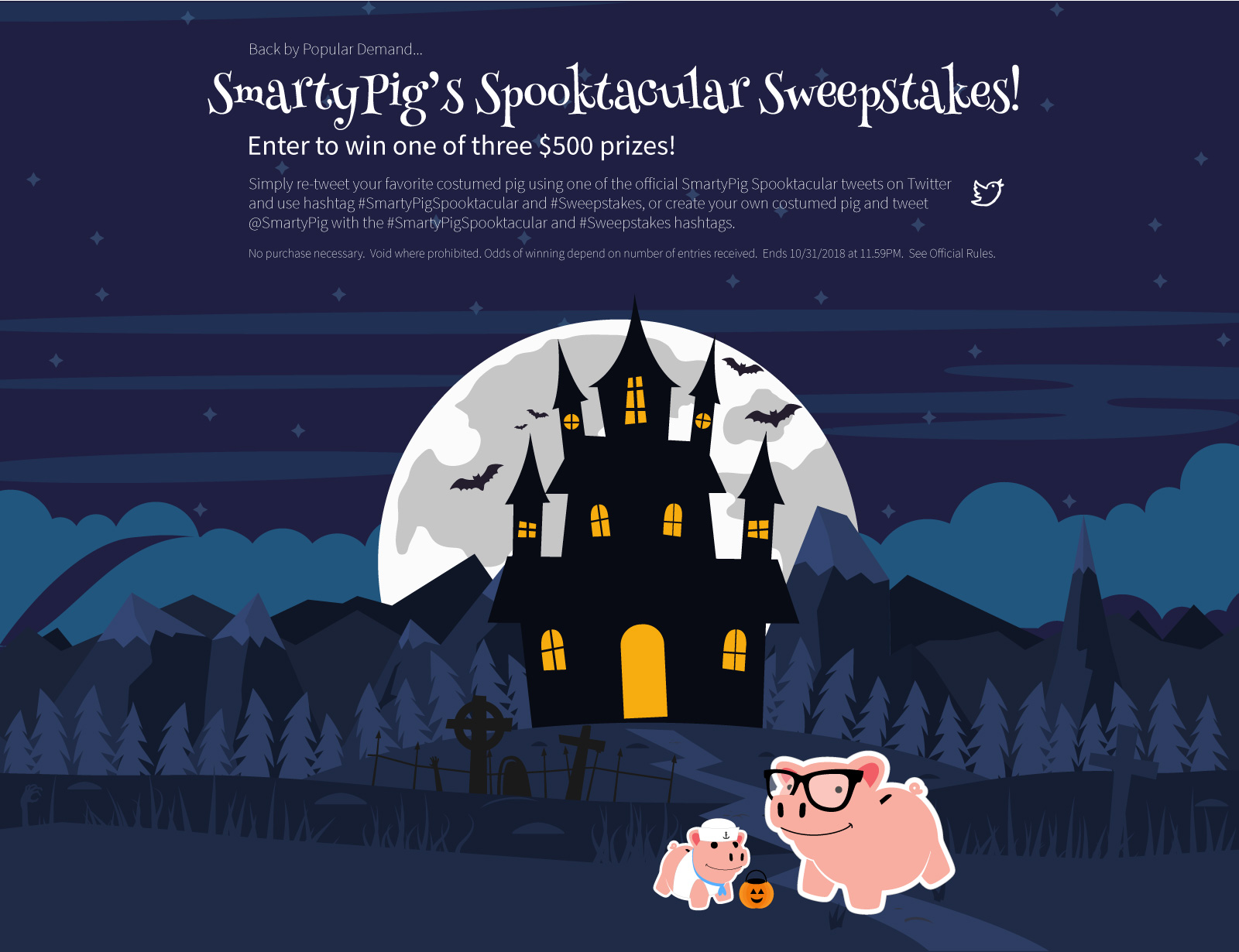