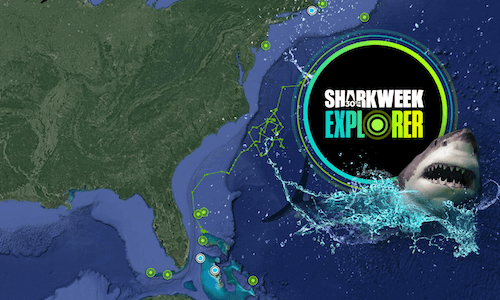 To celebrate 30th Anniversary of Shark Week and amplify the event, the Discovery Digital team sought to create an interactive interface that educates and engages the Shark Week viewer. Shark Explorer brought together the linear and digital Shark Week content with a tracking system that allows the viewer to follow the stars of the show – the sharks themselves. The goal of Shark Explorer was to bring Shark Week 30s short, mid and long form content in one unified map that allows viewers to learn about different sharks and their features and behaviors through the shark tracking capability.

Featured on the Discovery GO app, Shark Explorer allowed on-air and digital viewers to track sharks in real time throughout the week's programming. Viewers could follow their location while learning more about the shark and conservation efforts through an innovative new user interface launched specifically for Shark Week 30. Shark Explorer uses Google Maps technology to show the viewer the location of the sharks, as well as the locations where the Shark Week content took place. Utilizing a novel user experience pattern, this was an experimental approach to see if users found content faster, and found it more enjoyable.

The key features of Shark Explorer are the shark tracking and the in-app Shark Week content. When tracking the sharks, users can find detailed information on the shark including species name, weight, length, gender, who tagged it and, of course, it's location in the ocean. As users track the sharks on their journey through the ocean, they can find Shark Week content based on location, as well as content that features the shark they're tracking. When the user clicks on a marked area, the Shark Week content tied to that location will appear, as well as simple navigation to other videos that may be of interest to them in the hopes of driving streams and increasing engagement. This innovative tie in to on-air shows allows the viewer to dig deeper into the shark's behaviors and to learn more about these incredible creatures.

This feature was a full takeover of the Discovery GO app for both its web and mobile experiences. By taking the linear Shark Week content and incorporating it into this Shark map, viewers were able to keep the Shark Week experience going and further educate and enlighten themselves on the conservation of sharks.

This was a first of its kind experiment by the Discovery Digital team and while the idea started as just a shark tracker, it quickly evolved into an interactive user interface that brought the sharks and the Shark Week content from the TV to your connected devices. The final Shark Explorer feature was praised by Google at their Google Cloud Developer Conference as a unique and unintended use of Google Maps. This new feature had extremely positive viewer feedback and showed increased engagement, with a higher conversion of video viewing than a standard video page. For the digital team, the creation of Shark Explorer promoted team engagement, morale and creativity. 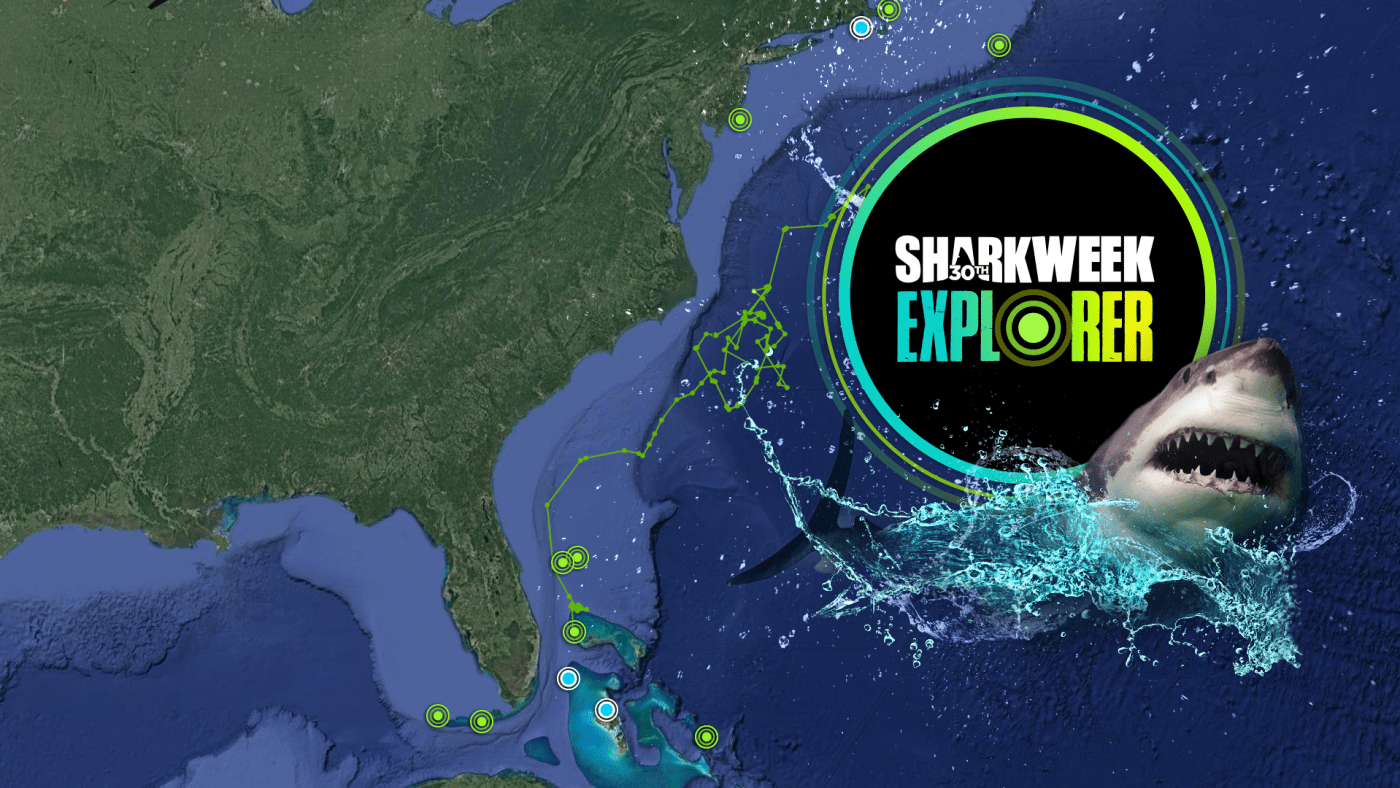 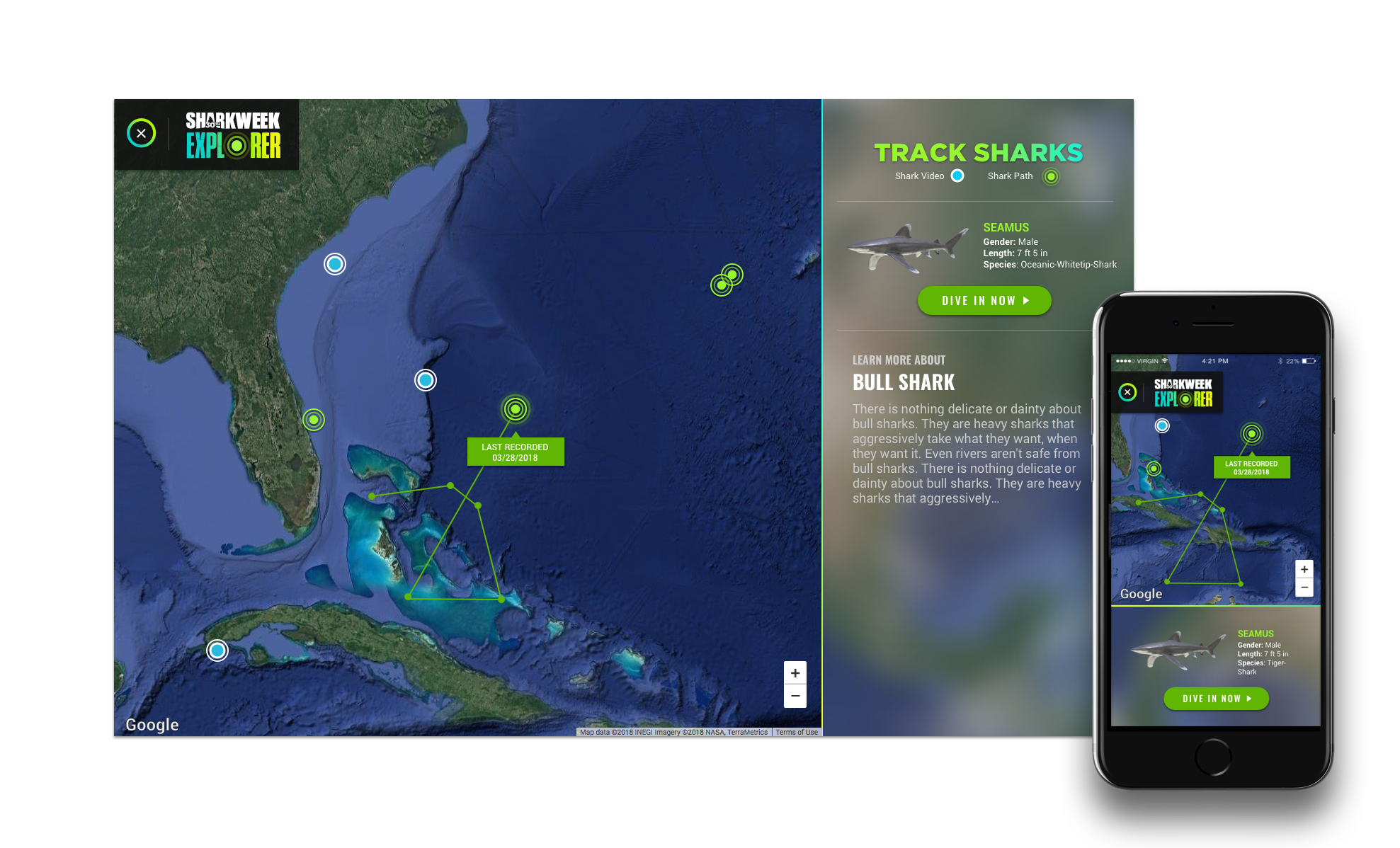