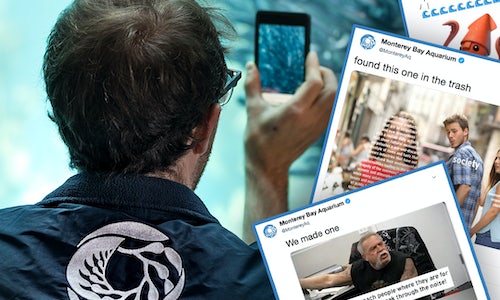 How could a small team at an environmental nonprofit in a sleepy coastal town break through the noise on Twitter and inspire conservation of the ocean? At the Monterey Bay Aquarium, we help people know more, care more and do more on behalf of the ocean. Social media has become a cornerstone for how we're able to expand our mission beyond our walls, to engage with millions of people, and bring the ocean into homes across the world. Like many brands, we created a profile on Twitter shortly after the platform launched, but in the decade since then the platform developed its own language, culture and expectations. Our goal in 2018 was to reimagine our Twitter personality to make our messages resonate and keep the Aquarium culturally relevant. We wanted to make people stop scrolling long enough to laugh, take a breath, and be awed by the ocean and its animals.

Developing a social media voice that embraces internet culture can be scary and uncomfortable for organizations like ours because it challenges the commonly-held belief that all science communication should be serious—after all, is it really science if you're having fun? We decided to lean into that discomfort, breaking the fourth wall to create a humorous, self-aware voice that expresses our ambivalence about the kinds of content that win on Twitter, while acknowledging the platform's incredible power for spreading information.

We riffed on popular meme formats, like the American Chopper meme, the "Ladies, if he..." meme, and the Distracted Boyfriend meme, interpreting them through an ocean lens, and using the subsequent discussion threads to share in-depth marine science information in unexpected ways. These tweets have led to engagement numbers in the millions, inspired laughter, and generated discussion about the ocean. We also worked with other like-minded institutions to help make zoo and aquarium content trend. A collaboration with the Oregon Zoo, the #RateASpecies tag (which puts an animal-oriented twist on whacky Amazon reviews), received 93M impressions and is the basis for a forthcoming book that will raise funds for the Association of Zoos and Aquariums (AZA).

A leader on Periscope since its inception, we continued to use live streams to bring the ocean to people all over the world. Viewers had a chance to ask questions about how lobsters molt, see what it's like inside a tidepool and experience the brilliance of the ocean and its inhabitants inside and outside the Aquarium.

Last but not least, we focused on connecting directly with our audience, responding to questions and comments with a "yes, and" approach, engaging our followers with the ocean science info they didn't know they needed. "You bamboozled me into learning something!!! I respect that! 😍😍😍" Twitter follower

Through the use of a more self-aware, of-the-Internet approach to our Twitter persona, we've made the ocean trendy. 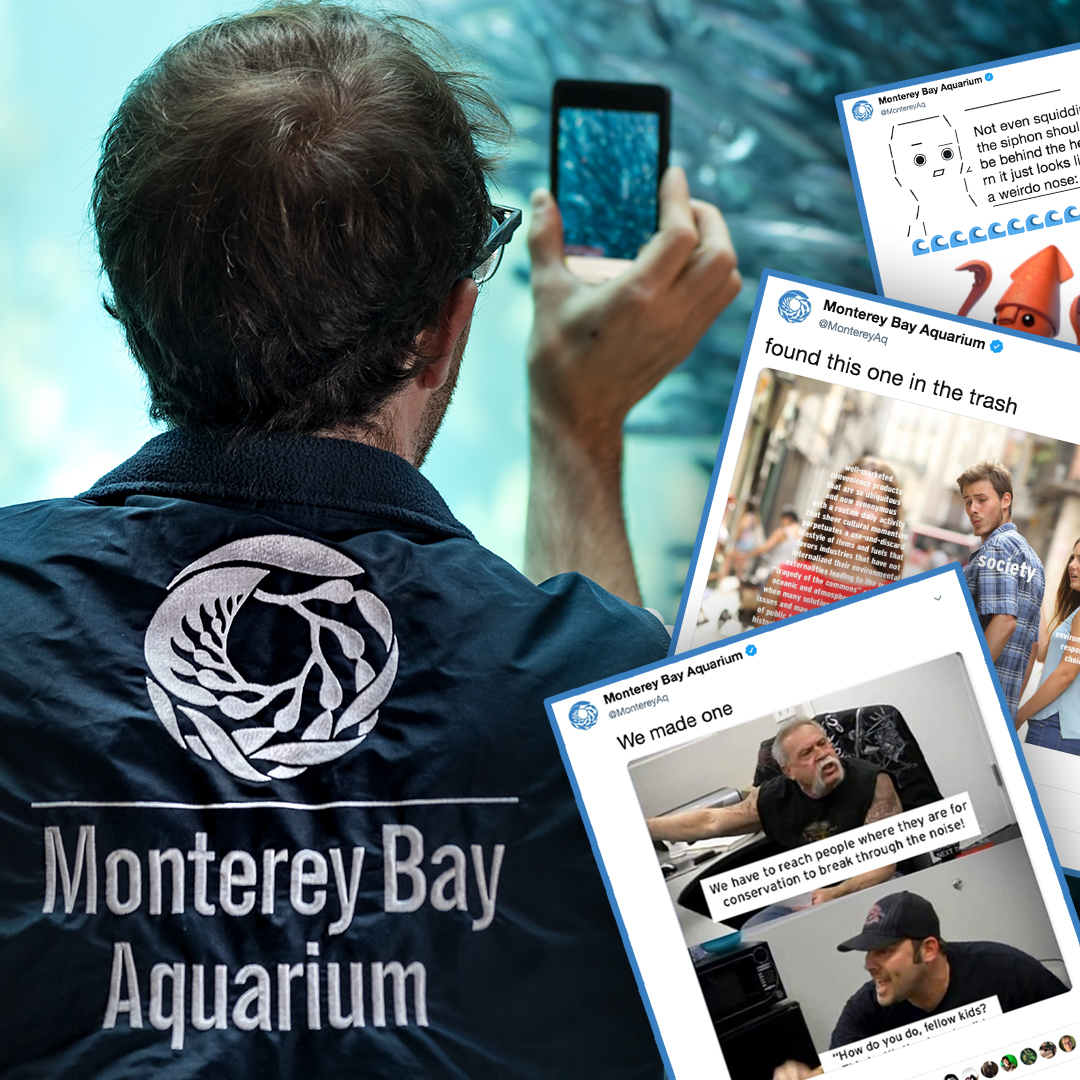 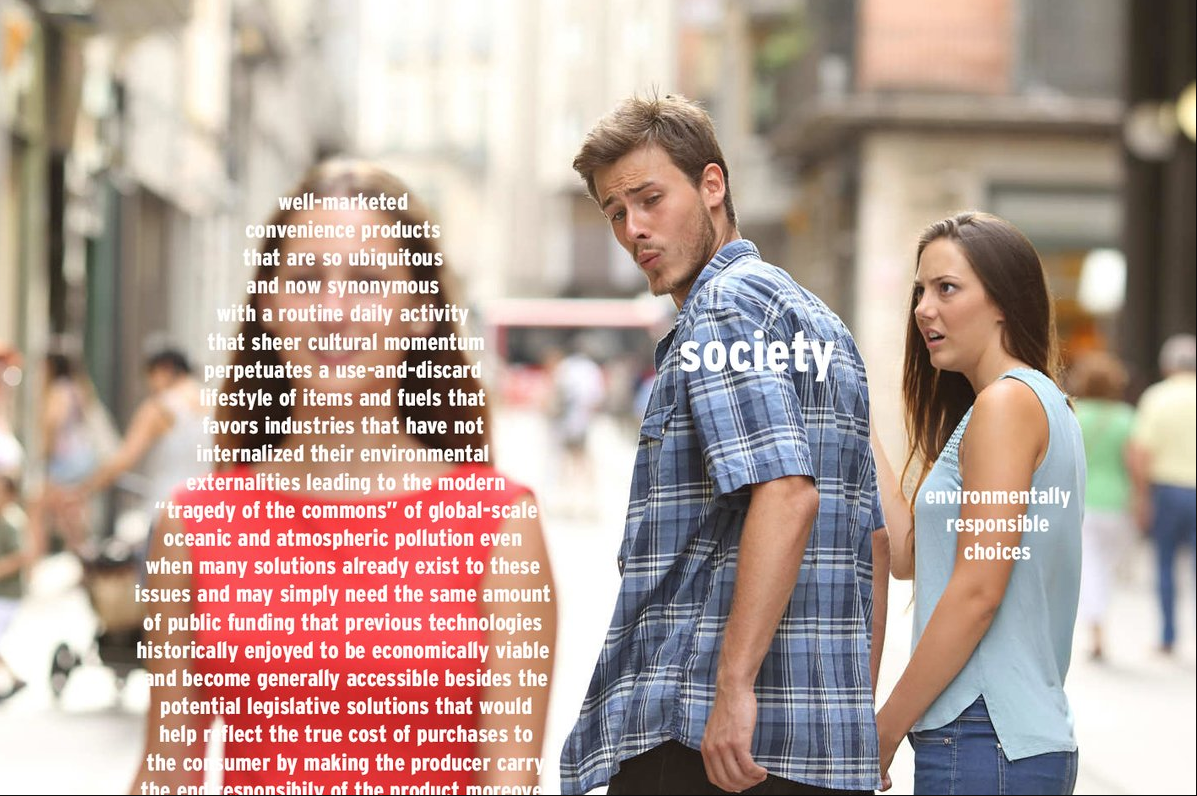 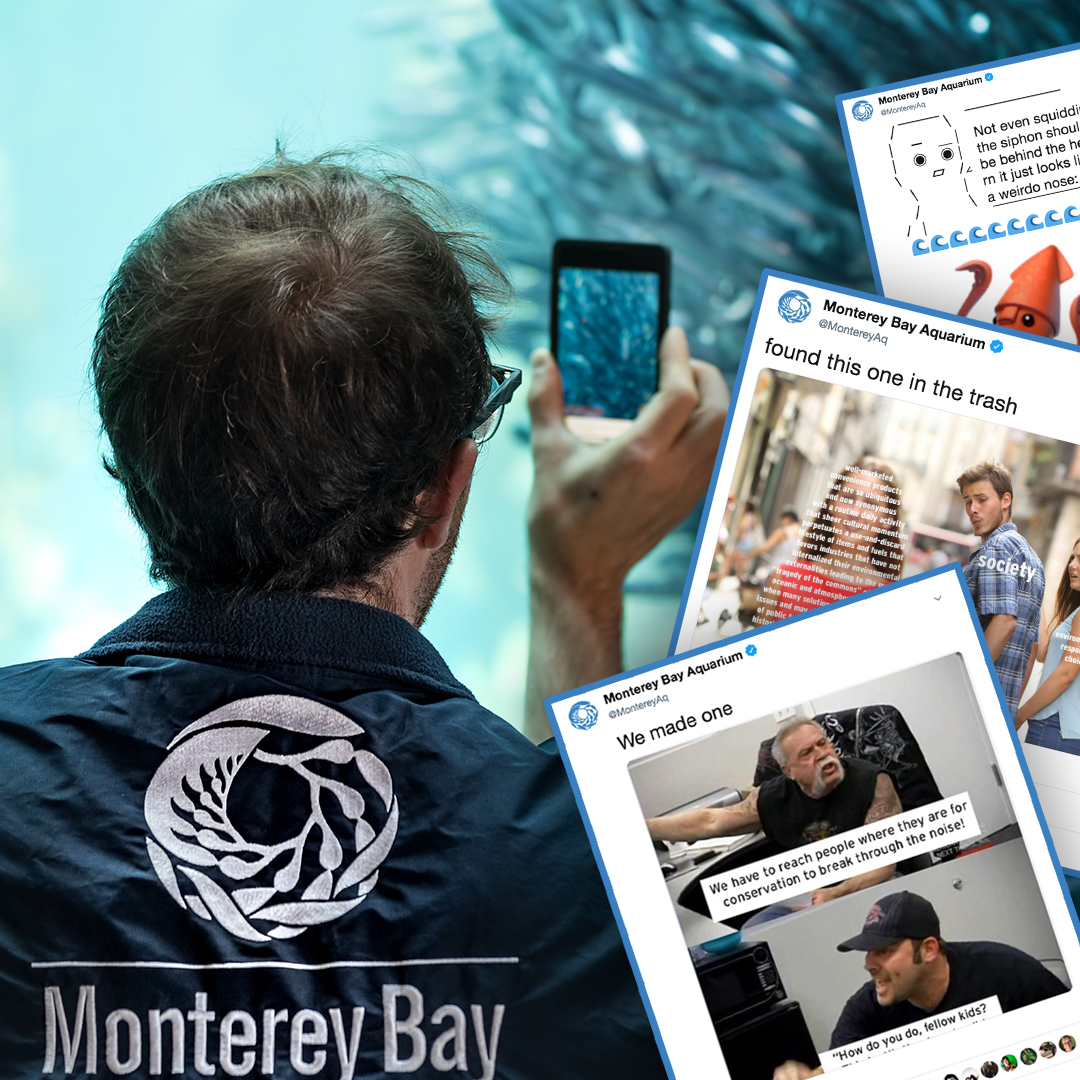 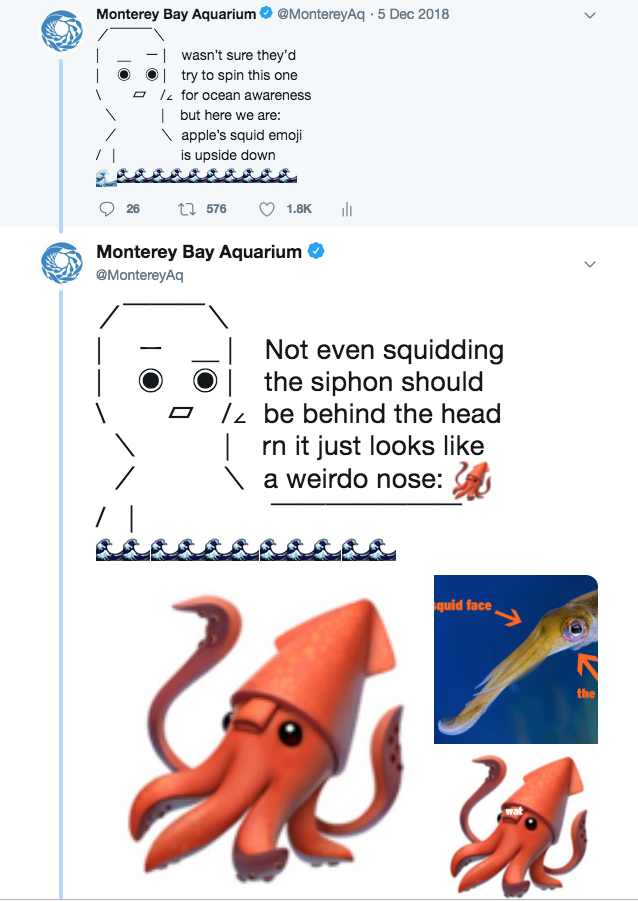 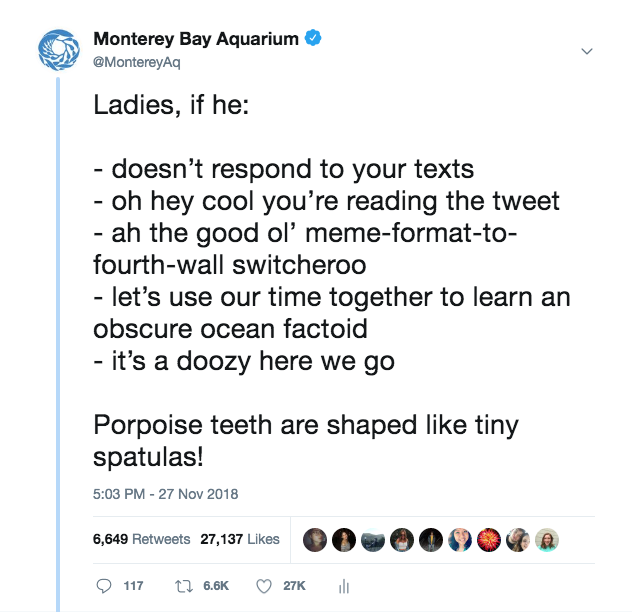 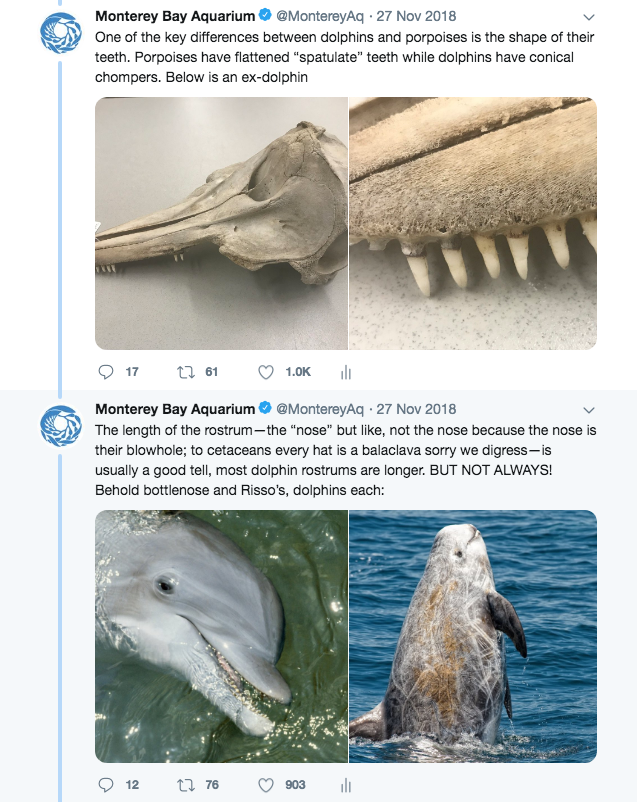