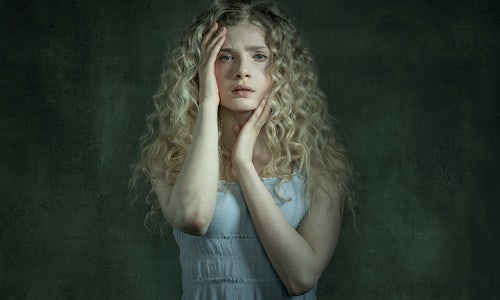 To position Sacred Lies as the newest must-see series on Facebook Watch, our campaign built upon the show's suspenseful tone. By taking audiences on a deep dive into the secrets of the Kevinian cult and its sole survivor, we made sure audiences everywhere were asking: what happened to Minnow Bly.

To set the stage and build awareness of the show, we coordinated a custom shoot and created a cryptic and compelling Facebook 360º video. We then partnered with Oculus Go for a live demo at San Diego Comic-Con, inviting audiences to explore the world of Sacred Lies with mysterious dialogue and key landscapes. We then continued to drive momentum by launching the official Facebook Group page, coordinating an Instagram talent takeover, and posting live coverage of supplemental stunts, including a Sacred Lies Escape Room with cult members and roaming the grounds.

By now, everyone was hyped to learn more about Sacred Lies and eager to tune in to uncover the mystery of "what happened to Minnow Bly."

Our Facebook Group became a safe haven for fans to share their theories and work together to uncover the mystery. Group members quickly grew into superfans (even dubbing themselves as "Keepers" to align with the show's characters) — and we paid attention. As a result, we optimized our social content with open-ended discussion questions, engaging polls, and weekly episode teases. And to keep our community hooked throughout the finale and beyond, we even reposted content from the talent, developed custom engagement posts, and hosted Facebook Watch Parties complete with live prompts to encourage fan engagement and re-binging.

Then, to sustain fan excitement and deepen the mystery, we created character pieces that fueled fan curiosity, an Instagram carousel, weekly episode teases, and quote cards that explored relationships and motivations while encouraging fans to question what they should believe. When fans started posted praise for the show in the Facebook Group, we featured our favorite reviews in custom fan-accolade pieces.

All of this added up to a mysterious but hopeful journey of self-discovery that kept fans engaged from start to finish.