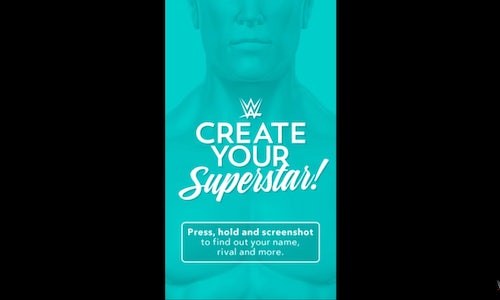 Create Your Own WWE Superstar

The seven-frame Instagram Story was based on a screenshot game functionality, with multiple options rapidly flashing on the screen and the user needing to take a screenshot to reveal his or her selection.

The first frame was an introduction to the rules. The second allowed users to select a name, given two quickly rotating words — one an adjective and the other a noun — giving way to names like The Amazing Cowboy or The World's Strongest Warrior. The third frame featured various popular wrestling moves to screenshot. Frames 4 and 5 showcased images of despised and popular wrestlers for the user to screenshot their rival and ally. Then for frame 6, they needed to select which WWE program they would compete on. The final frame was a call-to-action to share their created Superstar to spark a conversation.

The freeze-frame game's design all took place on a consistent background, with only the selection options rotating out on each frame, preventing a jump cut from frame to frame.

The Instagram Story was viewed more than 6 million times with each frame averaging over 860,000 views.

Video for Create Your Own WWE Superstar 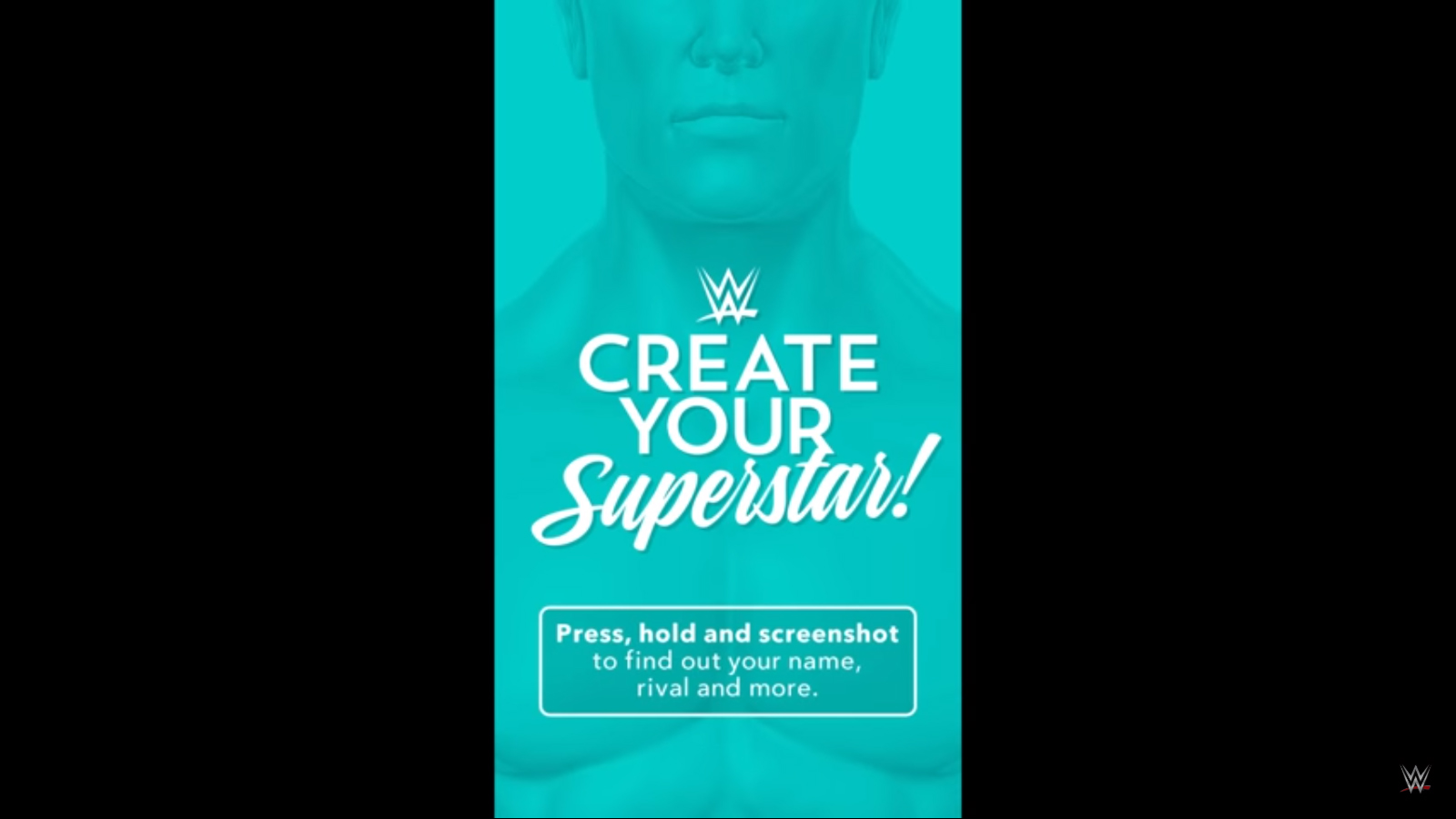