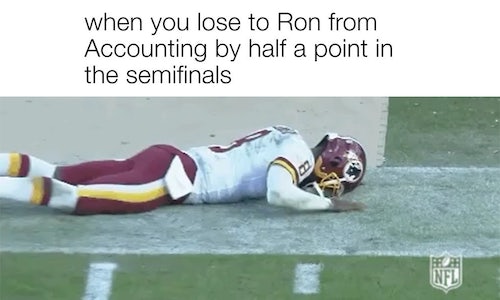 Autopick selected their entire roster. They accidentally leave starters out of their lineup and never account for bye weeks. Their waiver-wire pickups are questionable — until the playoffs come and they win the whole thing.

Every fantasy football league has that disinterested coworker or forgetful friend. We named ours Ron at @NFL social. He works in accounting and intentionally or not, he's a fictional fantasy powerhouse. And, thanks to the bright minds at @NFL social, he's a viral meme that symbolizes the emotional rollercoaster accompanying an average Autumn Sunday watching NFL RedZone.

Professional football isn't consumed on just one screen these days; a new generation of fans follow the game playing on the wall as they refresh the fantasy app on their device. We entered the 2018 season with the goal of creating a content series aimed directly at those second-screeners — a snackable, shareable summary of their fantasy football frustrations. We ended up with 'Ron from Accounting.'

'Ron' from Accounting went from in-office joke to a catch-all for the fantasy news du jour, capitalizing on the best weekly player performances. Did you lose by a decimal point after a last-second fumble? 'Ron' started the defense that recovered it. Were you blown out on Thursday Night after a five-touchdown performance? Ron picked up that star on the waiver wire. The face of fantasy football experience — the one person all fantasy football owners hate to play and love to see lose — is 'Ron from Accounting.' That second-screen generation was in on the joke from the get-go, constantly waiting for the next meme to drop. Some even created their own 'Ron' memes just to vent or brag...and yes, a fake fan Ron from Accounting Twitter account was launched by fans. 'Ron' sparked the perfect two-way conversation with our most voracious fans, and for that, we're thankful. We're not so thrilled about all those fantasy L's.

"Ron' was just as dominant across our social channels as he was in his fictional fantasy league. The numbers speak for themselves:

No 'Ron' meme garnered fewer than 1 MILLION views on Instagram, well above the 768k per-video average on the platform. Fans wanted in on the conversation, too. 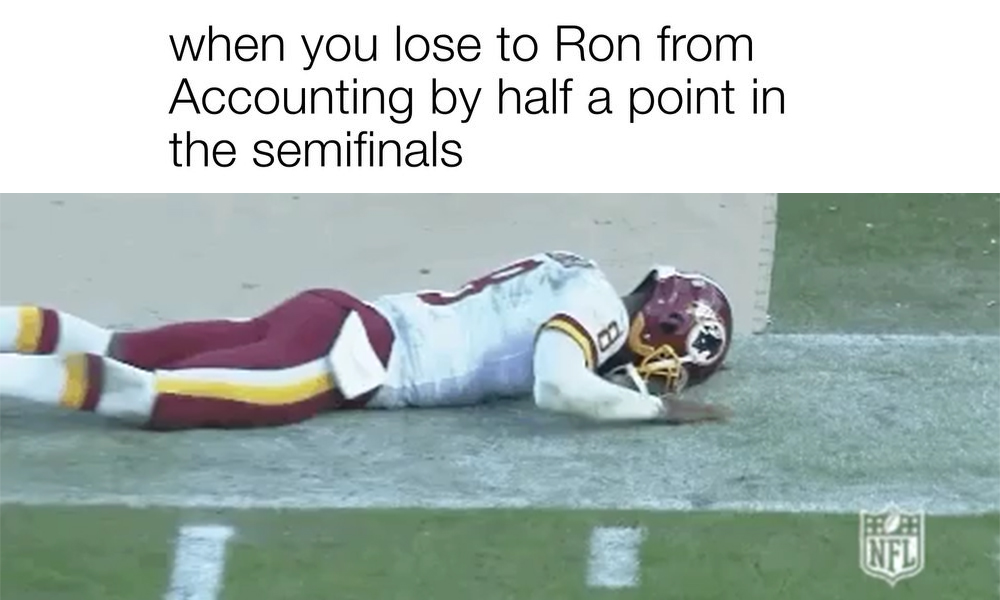