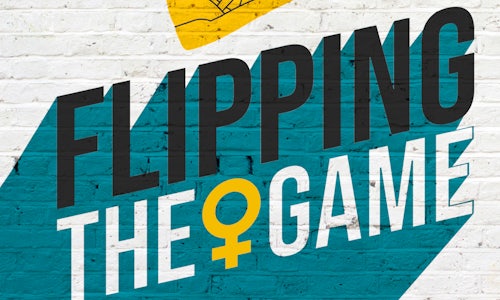 In partnership with award-winning podcasting company Gimlet Creative, Reebok produced a three-episode branded podcast series – its first ever – titled "Flipping the Game." It highlights the Reebok Classic Freestyle shoe and its storied history as the world's first fitness shoe made specifically for women.

Through rich storytelling, the podcast was built to educate an audience and raise brand awareness/purchase intent for the Freestyle shoe, and for Reebok's "Classics" product category, broadly, among women.

From women in the '80s wearing the Freestyle while breaking the glass ceiling, to the powerful Women's Movement today, "Flipping the Game" tells a story that transcends generational lines and speaks to a collective spirit binding women around the globe.

The podcast conversations are led by female pioneers in streetwear and culture who have and are pushing the boundaries of a traditionally male-dominated industry so their voices can be part of (and, ultimately drive) the dialogue.

The Freestyle shoe was born from a demand for female empowerment—giving women permission to sweat, when society had historically advocated otherwise. The series tells listeners that while Reebok may have been the catalyst by designing the first fitness shoe for women, it will take more work to truly balance the scales between men and women in sneaker culture and beyond.

As a "women's first" brand, Reebok has a long history of developing products and marketing campaigns around the needs, concerns and insights of women. As such, the company continuously measures its brand interest, awareness and loyalty, and sets aggressive goals for growing these areas. With a business mandate and a proud history of focusing on women first, Reebok was positioned to create content catered to an underserved audience—females interested in sneakers and sneaker culture—and, with an exciting new medium, tangibly build the brand.

Reebok chose women based on their backgrounds and experiences, featuring well-known and well-respected influencers within the sneaker world. By engaging these powerful women in conversations, Reebok maintained credibility and authenticity in its storytelling.

Reebok prioritized topic development to ensure the podcast followed a story arc that was truly engaging for the listener, and that mirrored the success of narrative-driven podcasts, where each chapter is a "can't miss." The first episode introduced the issues from a historical fitness perspective. The second delved into the Freestyle shoe's turn to street fashion and the lack of representation of women in sneaker culture, highlighting women who were fighting for their "seat at the table" in the sneaker world. This culminated in the final episode, a round-table discussion where the diverse group of women could have a candid conversation about relevant issues for women today, in both the sneaker community and in society, and meaningful paths forward.

In addition to digital support on Reebok's website, Reebok shared the launch of the podcast through 13 posts on its global social media channels (@ReebokClassics and @ReebokWomen) during the first two and a half months of the podcast's release. The women from the podcast also shared "Flipping the Game" on their social media handles, amplifying the reach to their loyal followers. By working with these influencers, Reebok could expand the podcast's reach to an audience that was not typically influenced by the brand.

Reebok invited host Scottie Beam and other speakers from the podcast to a launch event in New York with key media outlets. Rather than introduce the podcast with a typical press event, Reebok decided to create an opportunity for media and speakers to engage in a discussion. The attendees were split into groups to examine problems related to a lack of female representation in the sneaker world and discuss possible solutions.

Guests loved that the event allowed for an honest dialogue on today's important issues.

The sentiment was echoed in positive media coverage that resulted from the event. Reebok was proud to help turn a press event into a meaningful exchange of ideas and resolutions.

Gimlet Media fielded custom surveys (before and after listening to podcast) to assess impact and effectiveness. Key findings:

The results revealed the effectiveness of the podcast—it soundly created a previously dormant brand awareness and interest in Reebok's key products.

The podcast was covered positively by journalists from multiple outlets with a variety of audiences, including Hypebae, Elite Daily, Essence and Glossy.

Reebok's blog post announcing the launch of the podcast received an average time on site of 6 minutes (blowing away the benchmark of 2 minutes). 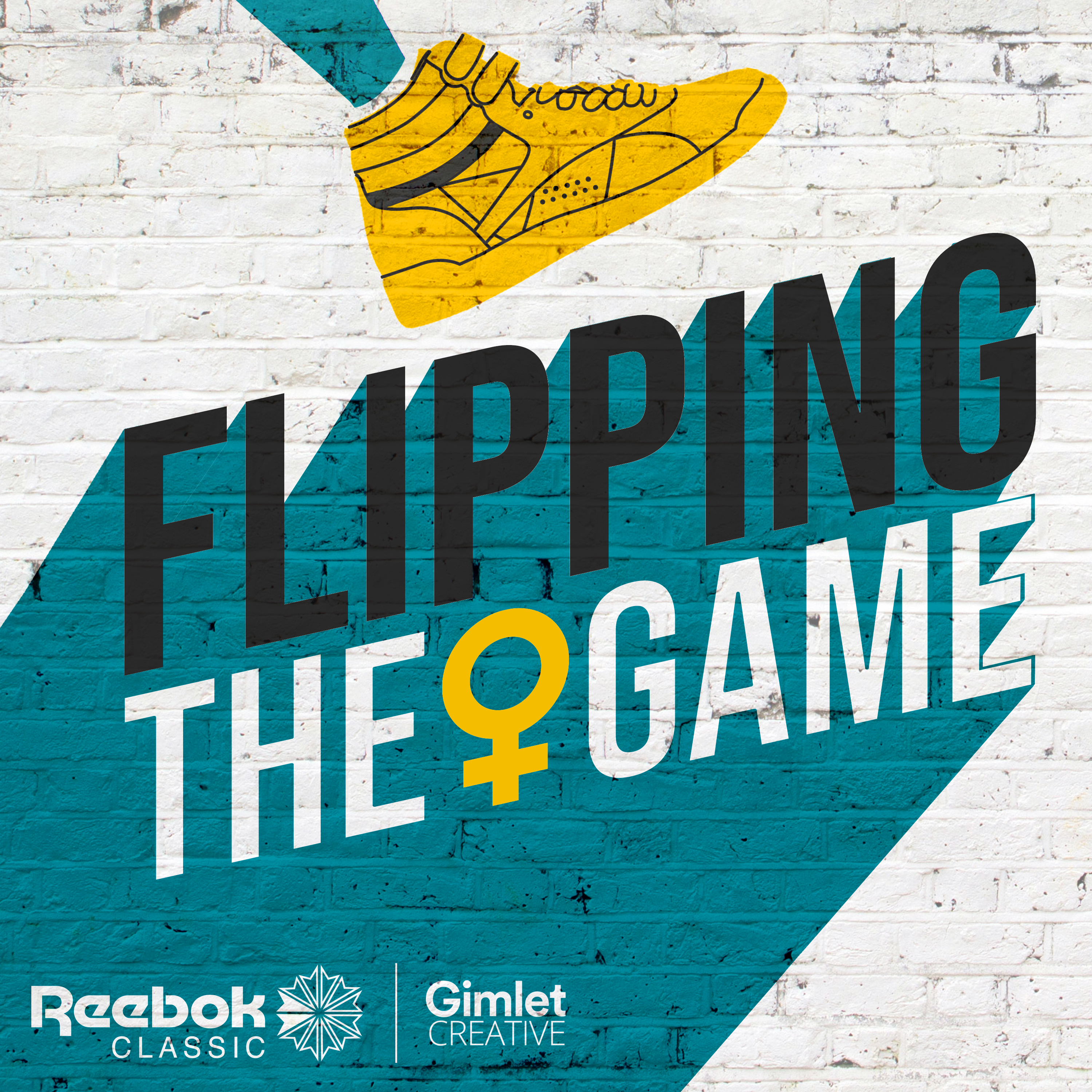 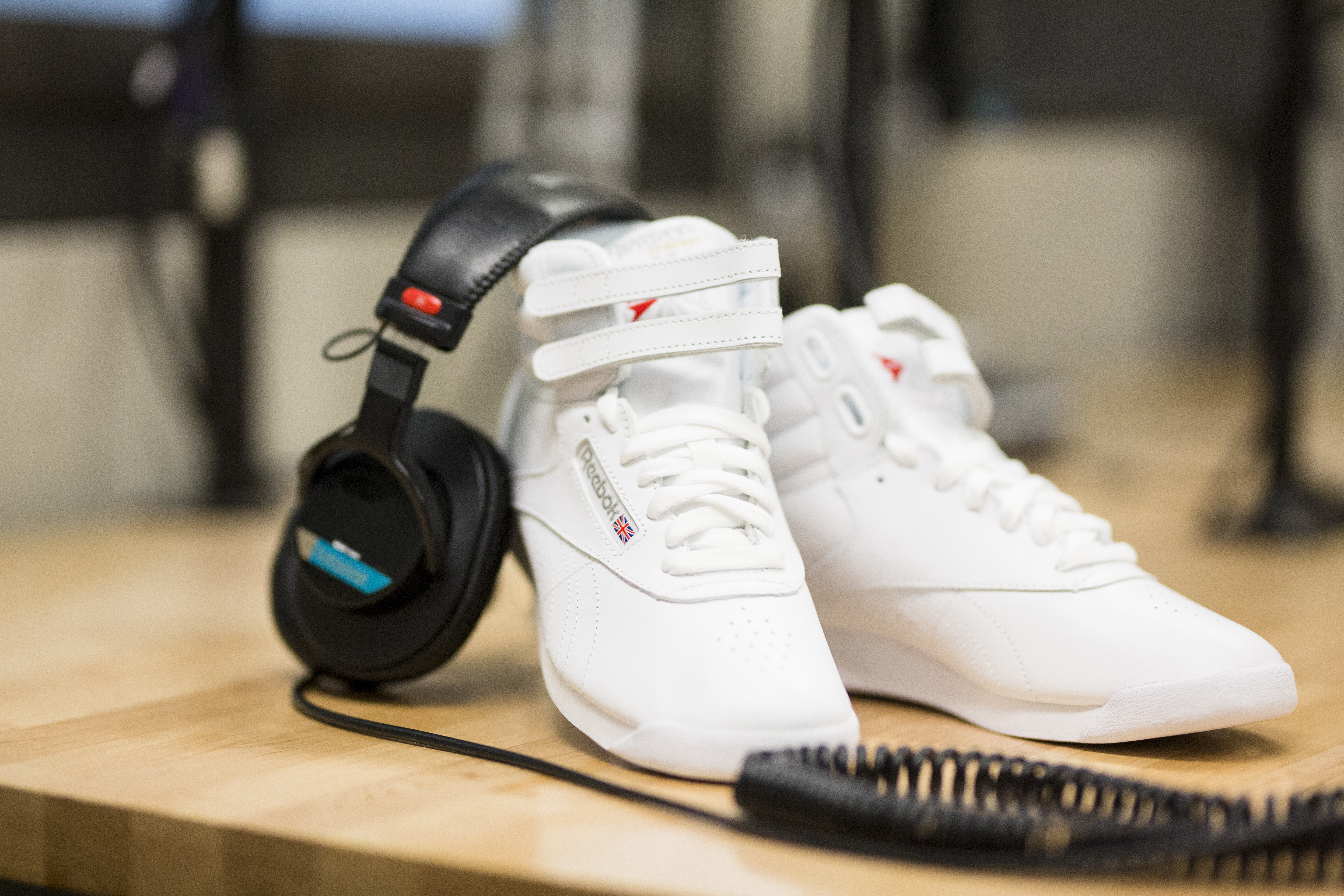 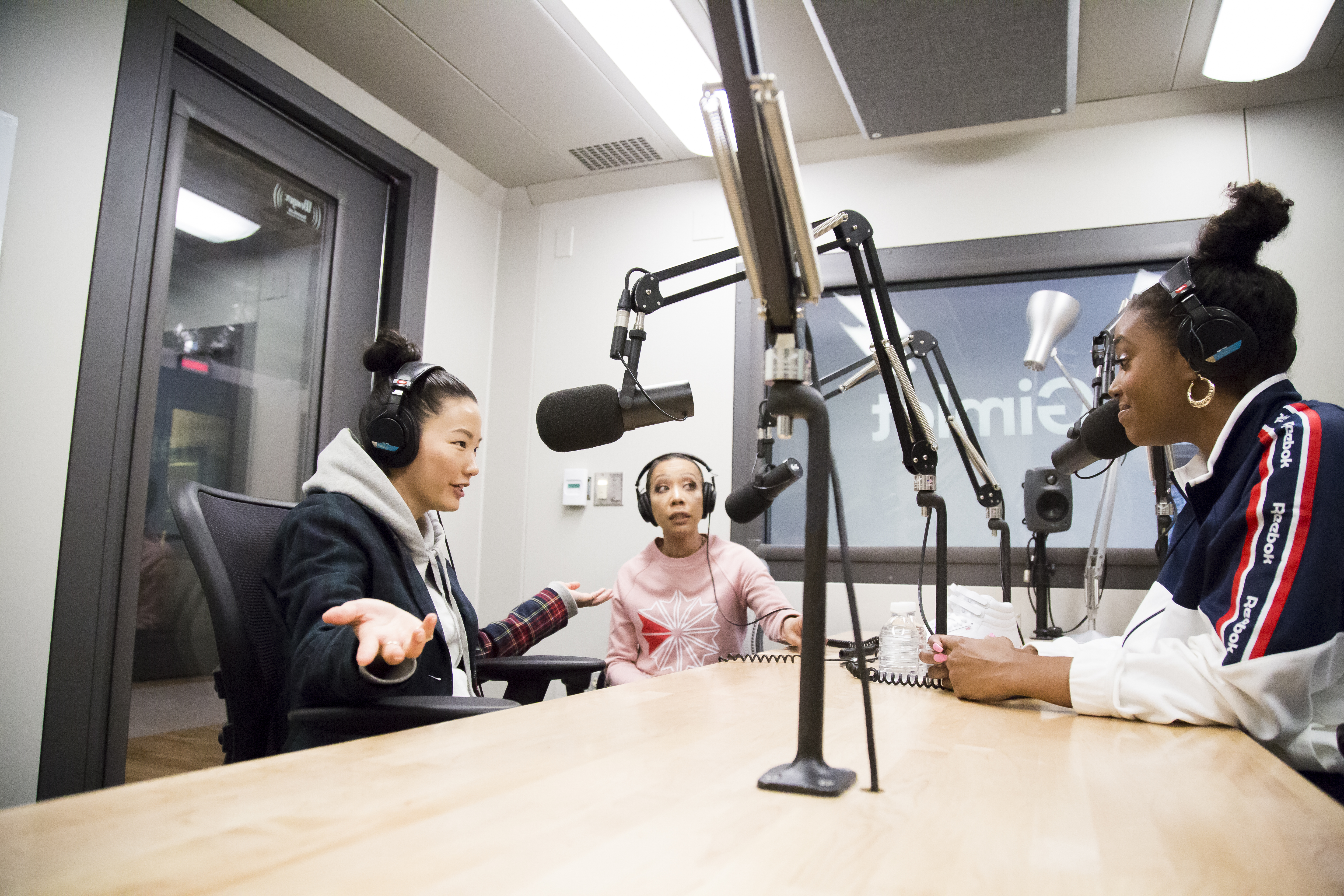 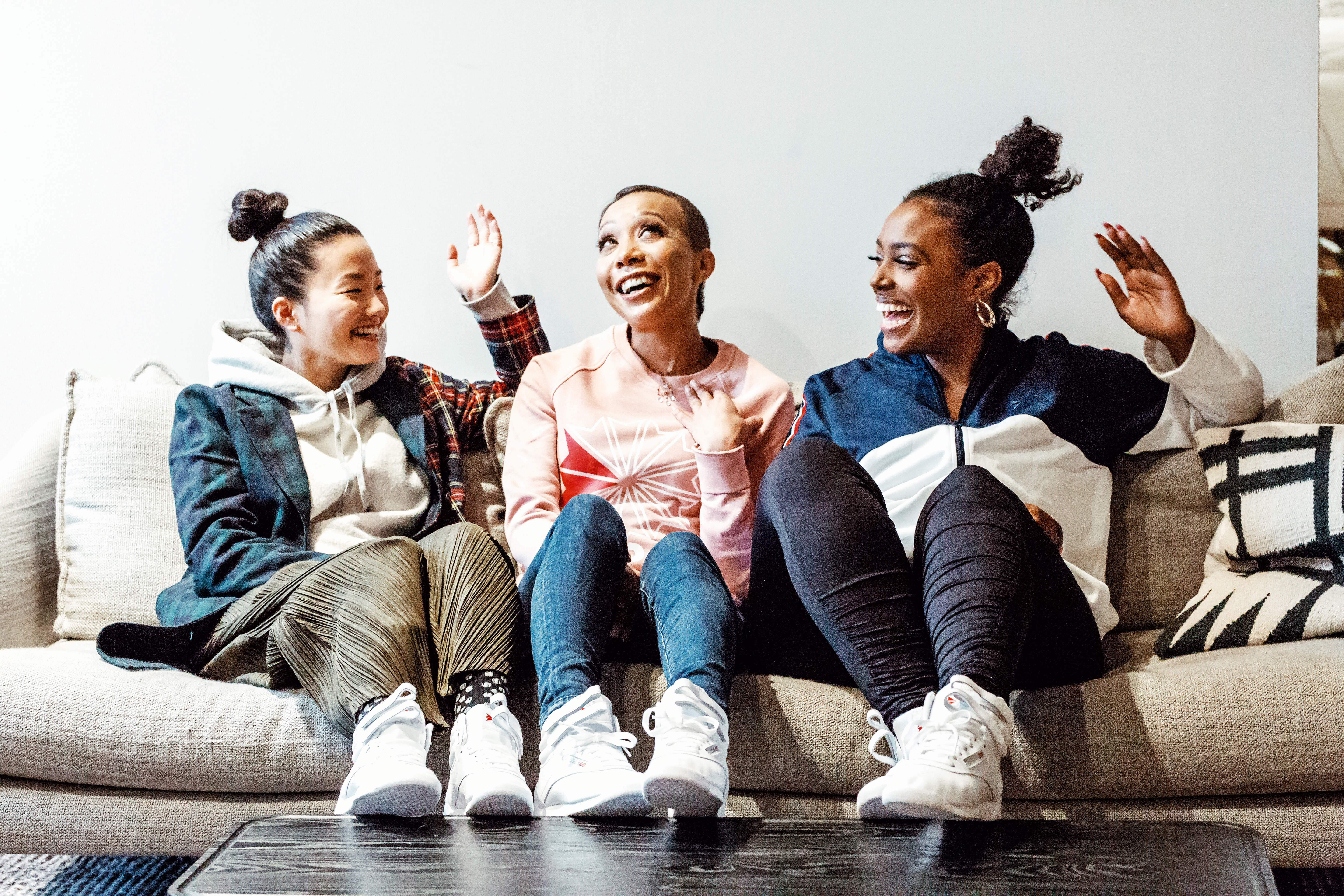