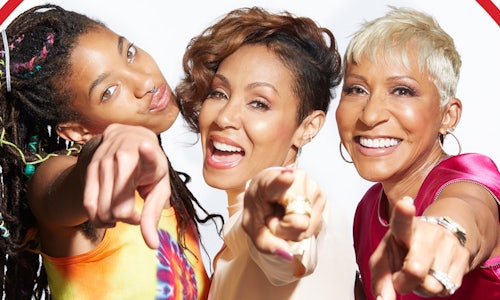 For the launch of Red Table Talk on Facebook Watch, we partnered with Facebook to engage fans in some honest, real, and emotional conversations. Starring Jada Pinkett Smith, her daughter Willow, and her mother, Adrienne, Red Table Talk is a one-of-a-kind talk show that invites fans into the Smith home for powerful discussions on important topics. And whatever the conversation, our campaign was designed to make fans feel like they too had a seat at the table.

To reinvigorate the existing community and build new awareness, we kicked off our campaign with videos that captured the fun feel of the show and revealed the one guest everyone had been waiting for: Will Smith.

Fans immediately wanted more. So we followed up with our trailer that highlighted more celebrity guests and upcoming hot topics. As the series began airing, we drove momentum and tune-ins with various assets that reflected upon insights, or highlighted moments, from each week's episode.

Our Facebook Group kept the conversation going between episodes by cultivating a community that saw each other as family. Our social content regularly invited newcomers to join the group, which quickly became a home for fans to participate in our weekly "Join The Discussion" prompts or ask questions of their own.

We utilized the show's digital format and home on Facebook to engage audiences like never before and position Red Table Talk as the evolution of talk shows.